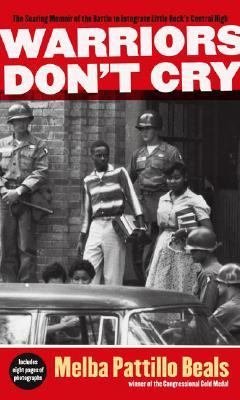 The author describes the threats and emotional abuse she endured from white student and adults along with her fears of endangering her family as she commited to being one of the first African American students to integrate Central High School in Little Rock, Arkansas in 1957.

One of the nine Black teenagers chosen to integrate Little Rock, Arkansas' Central High School in 1957 offers an account of her ordeal 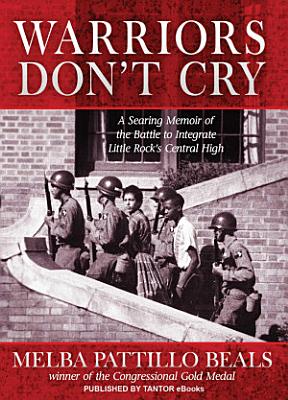 The landmark 1954 Supreme Court ruling, Brown v. Board of Education, brought the promise of integration to Little Rock, Arkansas, but it was hard-won for the nine black teenagers chosen to integrate Central High School in 1957. They ran a gauntlet flanked by a rampaging mob and a heavily armed Arkansas National Guard—opposition so intense that soldiers from the elite 101st Airborne Division were called in to restore order. For Melba Beals and her eight friends those steps marked their transformation into reluctant warriors—on a battlefield that helped shape the civil rights movement. Warriors Don't Cry, drawn from Melba Beals's personal diaries, is a riveting true account of her junior year at Central High—one filled with telephone threats, brigades of attacking mothers, rogue police, fireball and acid-throwing attacks, economic blackmail, and, finally, a price upon Melba's head. With the help of her English-teacher mother; her eight fellow warriors; and her gun-toting, Bible-and-Shakespeare-loving grandmother, Melba survived. And, incredibly, from a year that would hold no sweet-sixteen parties or school plays, Melba Beals emerged with indestructible faith, courage, strength, and hope.

A study guide for Melba Beals' book "Warriors Don't Cry," that summarizes and analysizes each chapter; discusses important people and places; and covers the themes, style, quotes, and discussion topics. 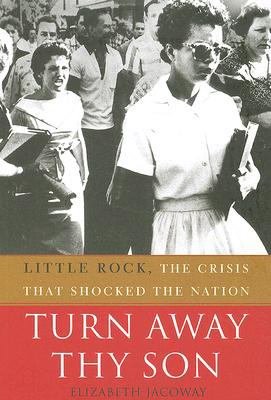 A historical account of the efforts of nine African-American students to integrate Central High School draws on interviews to offer insight into the behind-the-scenes experiences of the students and members of their community. 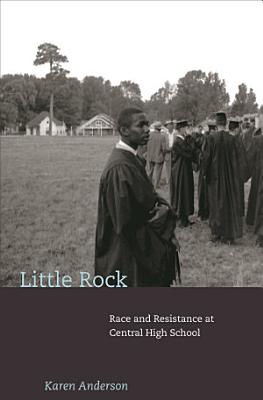 A political history of the most famous desegregation crisis in America The desegregation crisis in Little Rock is a landmark of American history: on September 4, 1957, after the Supreme Court struck down racial segregation in public schools, Arkansas Governor Orval Faubus called up the National Guard to surround Little Rock Central High School, preventing black students from going in. On September 25, 1957, nine black students, escorted by federal troops, gained entrance. With grace and depth, Little Rock provides fresh perspectives on the individuals, especially the activists and policymakers, involved in these dramatic events. Looking at a wide variety of evidence and sources, Karen Anderson examines American racial politics in relation to changes in youth culture, sexuality, gender relations, and economics, and she locates the conflicts of Little Rock within the larger political and historical context. Anderson considers how white groups at the time, including middle class women and the working class, shaped American race and class relations. She documents white women's political mobilizations and, exploring political resentments, sexual fears, and religious affiliations, illuminates the reasons behind segregationists' missteps and blunders. Anderson explains how the business elite in Little Rock retained power in the face of opposition, and identifies the moral failures of business leaders and moderates who sought the appearance of federal compliance rather than actual racial justice, leaving behind a legacy of white flight, poor urban schools, and institutional racism. Probing the conflicts of school desegregation in the mid-century South, Little Rock casts new light on connections between social inequality and the culture wars of modern America. Some images inside the book are unavailable due to digital copyright restrictions. 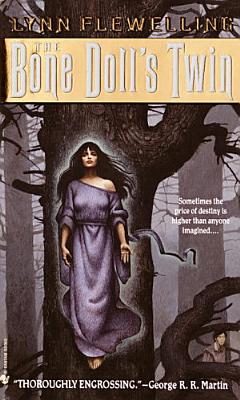 Sometimes the price of destiny is higher than anyone imagined.... Dark Magic, Hidden Destiny For three centuries a divine prophecy and a line of warrior queens protected Skala. But the people grew complacent and Erius, a usurper king, claimed his young half sister’s throne. Now plague and drought stalk the land, war with Skala’s ancient rival Plenimar drains the country’s lifeblood, and to be born female into the royal line has become a death sentence as the king fights to ensure the succession of his only heir, a son. For King Erius the greatest threat comes from his own line — and from Illior’s faithful, who spread the Oracle’s words to a doubting populace. As noblewomen young and old perish mysteriously, the king’s nephew — his sister’s only child — grows toward manhood. But unbeknownst to the king or the boy, strange, haunted Tobin is the princess’s daughter, given male form by a dark magic to protect her until she can claim her rightful destiny. Only Tobin’s noble father, two wizards of Illior, and an outlawed forest witch know the truth. Only they can protect young Tobin from a king’s wrath, a mother’s madness, and the terrifying rage of her brother’s demon spirit, determined to avenge his brutal murder.... 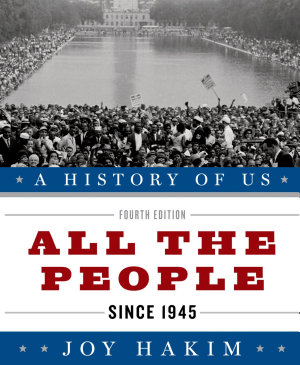 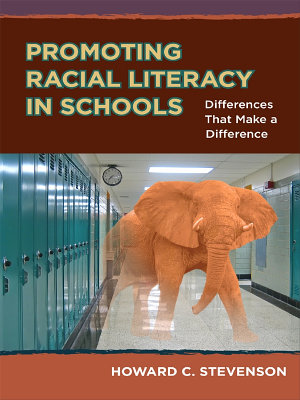 Based on extensive research, this provocative volume explores how schools are places where racial conflicts often remain hidden at the expense of a healthy school climate and the well-being of students of color. Most schools fail to act on racial microaggressions because the stress of negotiating such conflicts is extremely high due to fears of incompetence, public exposure, and accusation. Instead of facing these conflicts head on, schools perpetuate a set of avoidance or coping strategies. The author of this much-needed book uncovers how racial stress undermines student achievement. Students, educators, and social service support staff will find workable strategies to improve their racial literacy skills to read, recast, and resolve racially stressful encounters when they happen. Book Features: A model that applies culturally relevant behavioral stress management strategies to problem solve racial stress in schools. Examples demonstrating workable solutions relevant within predominantly White schools for students, parents, teachers, and administrators. Measurable outcomes and strategies for developing racial literacy skills that can be integrated into the K–12 curriculum and teacher professional development. Teaching and leadership skills that will create a more tolerant and supportive school environment for all students. “Once more, Howard Stevenson has provided a blueprint of critical importance to policymakers, practitioners, teachers, and parents!” —Margaret Beale Spencer, Marshall Field IV Professor of Urban Education and professor of Life Course Human Development, University of Chicago Howard C. Stevenson is a clinical and consulting psychologist and professor of Education and Africana Studies and former chair of the Applied Psychology and Human Development Division in the Graduate School of Education at the University of Pennsylvania. 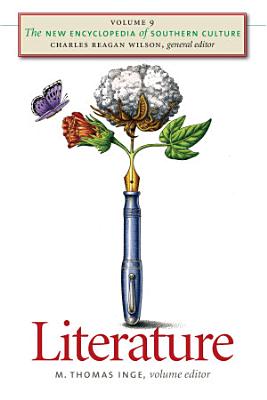 Offering a comprehensive view of the South's literary landscape, past and present, this volume of The New Encyclopedia of Southern Culture celebrates the region's ever-flourishing literary culture and recognizes the ongoing evolution of the southern literary canon. As new writers draw upon and reshape previous traditions, southern literature has broadened and deepened its connections not just to the American literary mainstream but also to world literatures--a development thoughtfully explored in the essays here. Greatly expanding the content of the literature section in the original Encyclopedia, this volume includes 31 thematic essays addressing major genres of literature; theoretical categories, such as regionalism, the southern gothic, and agrarianism; and themes in southern writing, such as food, religion, and sexuality. Most striking is the fivefold increase in the number of biographical entries, which introduce southern novelists, playwrights, poets, and critics. Special attention is given to contemporary writers and other individuals who have not been widely covered in previous scholarship. 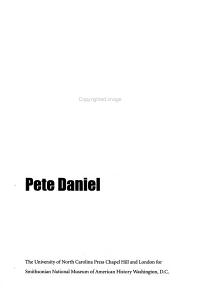 Chronicles the events and societal trends that created disturbance and conflict after World War II, discussing school integration, migration into the cities, the civil rights movement, and the breakdown of traditional values. 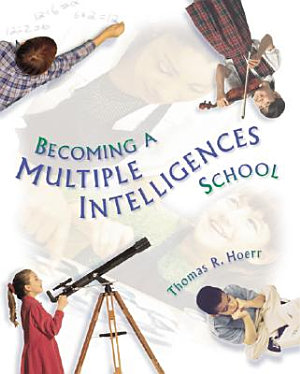 The Portfolio Organizer stands out as a superb contribution to the vital field of accountability for learning. This book is distinguished by the presence and integration of a conceptual framework and a superb array of practical examples. Nearly every key issue is anticipated and addressed in this accessible and clear treatment of a complex topic. The reason that this book is so good is that the authors have been immersed in pioneering work on portfolios for a decade. They have developed their ideas through work with their own students, and through a wide range of research and evaluation projects including new initiatives involving elementary and secondary school students, initial preparation of teachers, and continuous professional development of teachers and administrators. They have learned by grappling with the complex issues of introducing evaluation that simultaneously serves improvement and accountability goals. The result is a great practical book that can help educators develop their understanding and use of portfolios as a route to reform. This book provides educators with a flexible framework to guide decision making for effective and efficient use of portfolios in classrooms and schools. It is designed to assist classroom teachers, administrators, staff developers, and university professors in identifying, organizing, and acting upon the many challenges and possibilities inherent in portfolio implementation. Specifically, The Portfolio Organizer targets the major categories of decision making and assists teachers in making decisions about effective portfolio implementation in classrooms. In addition, the book addresses professional portfolios and can be used by educators to develop and maintain their own portfolios.-(From the Foreword by Michael Fullan). 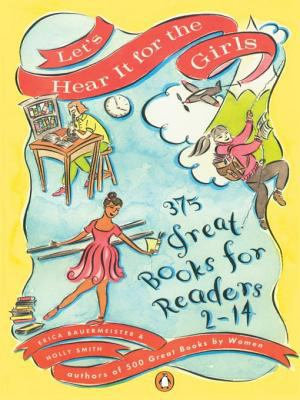 "Bravo! They've given adults and young girls a much-needed treasure map of heroines and 'she-roes'...It blazes an important path in the forest of children's literature."—Jim Trelease.