BACKGROUNDMany authors demonstrated the predictability of non-resorbable membranes or titanium meshes for bone augmentation for alveolar deficiencies. However, the use of a non-resorbable barrier device is a technique-sensitive procedure which does not lack complications. To reduce complication rates, some authors suggest using and a resorbable membrane for unwanted-cell exclusion effect and just a titanium osteosinthesis plate for space-making effect. AIM: The aim of this prospective study is to evaluate complications and success rates of this approach for GBR in the treatment of vertical and horizontal bone defects after 1 to 3 years follow-up.MATERIAL & METHODS The study was conducted in accordance with ethical guidelines in 3 different centres. All patients requiring bone augmentation for implant-prosthetic rehabilitation were consecutively treated between 2015 and 2017 by means of titanium plates, native collagen membranes, and a mixture of autogenous bone and deproteinized bovine bone matrix (T0). After 6 months of submerged healing, re-entry surgery was accomplished for plate removal and implant placement in the augmented sites (T1). After 3 months (T2), soft tissue management was accomplished with implant exposure and a connective tissue graft, before prosthetic restoration (T3) if necessary. The titanium plate was used as reference tool to measure horizontal and vertical bone gain; moreover, complication rate, class, and type were recorded. Statistical analysis was used to investigate significant correlations between patients, sites and implant parameters. STATA software was used for statistical analysis (significance uf061=0.05).RESULTS In total, 38 patients were treated for bone augmentation, 50 ridges were vertically and/or horizontally augmented, and 108 implants were placed. The median follow-up is 18 months. Uneventful healing always permitted to place implants as planned (prosthetically-guided digital planning). Primary stability was uf0b330Ncm for all implants. In 16.0%(8/50), the plates were fully integrated in newly-formed bone; in 20.0%(10/50) integrated more than 50%; in 44.0% (22/50), integrated less than 50%; and only in 6.0%(3/50) integrated in soft tissue. Four plates(8.0%) showed a partial late exposure without suppuration, that did not compromise the regeneration. During healing period, complications included 3 localized infections(6.0%) and 2 generalized infections(4.0%). As consequence, overall complication rates were 18.7%. Considering bone augmentation and implant placement, the overall success rate was 95.8%. No Statistical correlations were found for all variables(P>0.05).CONCLUSIONS AND CLINICAL IMPLICATION The results of this study showed that resorbable membranes and osteosinthesis plates represent a reliable and predictable technique for horizontal and vertical ridge augmentation. This procedure is not lack of complications, even if the most of them did not significantly compromised the regeneration rates. Finally, newly-formed bone using resorbable membranes was able to stabilize and osseointegrated implants with delayed approach. 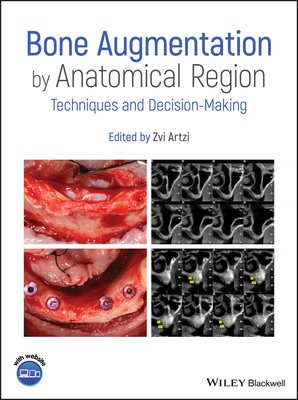 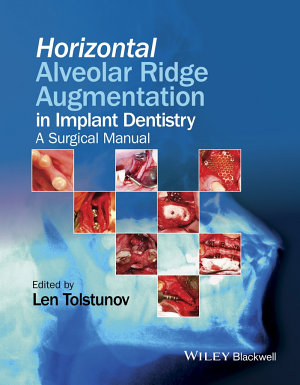 Horizontal Augmentation of the Alveolar Ridge in Implant Dentistry: A Surgical Manual presents the four main methods of horizontal ridge augmentation in a clinically focused surgical manual. After an introductory section and requirements for dental implants, sections are devoted to each procedure: ridge-split, intraoral onlay block bone grafting, guided bone regeneration, and horizontal distraction osteogenesis. Chapters written by international experts in each augmentation procedure Step-by-step instruction for each technique More than 1,100 clinical photographs and illustrations

Vertical and horizontal augmentation of the alveolar ridge is necessary in cases of extensive resorption to achieve implant placement.Several surgical techniques have been used to increase bone height and width, including autologous onlay block bone grafts.However, this approach is frequently associated with complications, such as wound dehiscence that negatively affect the outcome ofthe augmentation. The flap tunnel technique for bone block augmentation has been extensively described in the literature as a safer,minimally invasive procedure. Advantages include a shorter healing period for soft tissue, prevention of graft exposure and minorpostoperative complications, compared with conventional techniques.The aim of this poster is to present 2 cases of ridge augmentation with autologous block grafts via the tunnel technique, along with abrief review of the literature.The first case reported is associated with a horizontal ridge defect that was treated with an autologous bone block, originating fromthe external oblique ridge of the mandible. The tunnel approach was used for both cases, involving 2 vertical incisions through whicha mucoperiostal flap was raised. The graft was placed through the incisions of the tunnel flap and fixed to the recipient site by use ofmicroscrews. The second case concerns a vertical defect in the right premolar mandibular area. A bone block graft was taken fromthe symphysis and fixated through the tunnel flap in a crestal position of the bone defect with microscrews. In both cases, the siteswere revisited 10-16 weeks post-operatively, when the screws were removed and the implants were placed without any complications.Flap design, and specifically the tunnel approach for the ridge reconstruction procedures presents numerous advantages. Maintainingtissue attachment preserves the esthetic borders of restorations especially in the anterior maxilla. It is an atraumatic approach whichallows excellent access to the recipient area and minimizes complications, such as wound dehiscence and exposure of the graftingmaterials that may jeopardize the outcome of the procedure. 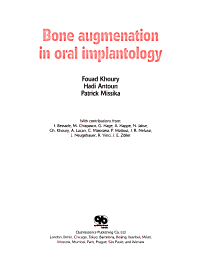 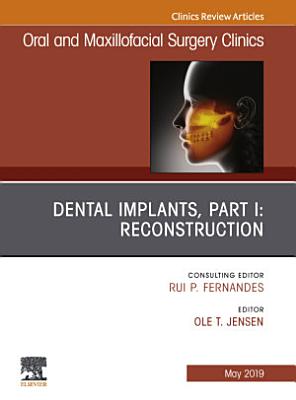 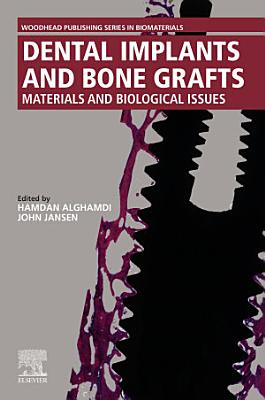 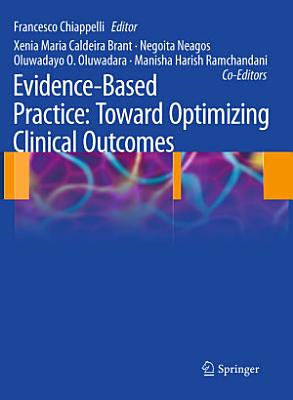 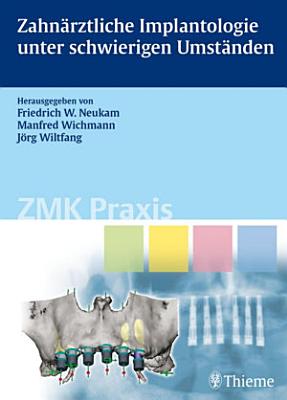 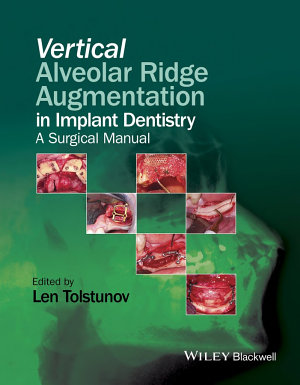 Vertical Augmentation of the Alveolar Ridge in Implant Dentistry: A Surgical Manual presents the main methods of vertical ridge augmentation in a clinically focused surgical manual. After an introductory section to the alveolar ridge and requirements for dental implants, sections are devoted to each procedure: guided bone regeneration, sinus lift, distraction osteogenesis, block grafting, and free bone flaps. Chapters written by international experts in each augmentation procedure Step-by-step instruction for each technique More than 1,100 clinical photographs and illustrations

BackgroundOptimal implant placement is essential for a satisfactory aesthetic and biological outcome. The morphology of the alveolar ridge may limit the options available for ideal implant position and may compromise the overall treatment outcome. Bone volume may be augmented by means of a xenograft which has the advantage of single surgical site and reduced morbidity. Aim To present three successful surgical cases of ridge augmentation using xenograft material and resorbable collagen membrane used with the u2018tentingu2019 technique or L-PRF as an alternative to autologous block graft. Materials and methodsCase 1 A 38-year-old female was referred to the orthodontic department due to the palatal impaction of 13. Failure to orthodontically align the impacted canine led to the surgical removal of 13. Ridge augmentation was achieved using a u201ctentingu201d technique and implant placement 6 months after. Case 2 A 21-year-old male was referred to the restorative department following trauma and loss of the 21 and 22. The patient was using a removable partial denture and wished to have a fixed alternative. A CBCT scan of the anterior maxilla showed significant lack of alveolar bone volume. The grafting procedure was carried out using a u2018tentingu2019 technique. Case 3A 20-year-old patient presented following a road traffic accident that resulted in avulsion of the maxillary and lateral incisors. A CBCT scan confirmed the deficiency of the ridge and augmentation was carried out with the use of xenograft and L-PRF. ResultsThese 3 cases demonstrate the alternative option of using a xenograft along with surgical techniques including u2018u2019tentingu2019u2019 technique and L-PRF blocks.All the above cases presented with a deficient alveolus that did not permit implant placement without ridge augmentation. In all the cases the gain of bone volume and density was assessed with CBCT scan, 6 months post- operatively. The post-operative scans revealed adequate bone volume for implant placement at the desirable position to facilitate a successful outcome in terms of aesthetics and function.The limitations of both techniques should be taken in consideration. The u2018tentingu2019 technique is advised in cases of up to 2 adjacent edentulous spaces. More longitudinal studies are required for block L-PRF technique in order to evaluate the success of clinical outcomes.ConclusionRidge deficiencies may limit ideal positioning of implants and increase the complexity of the surgical treatment. For significant ridge augmentation in the vertical and horizontal planes, the use of autogenous block grafting is considering as the gold standard. However, this approach involves a second surgical site and additional risks. The option of a xenograft material should be considered as an alternative to autologous grafting in selected cases. 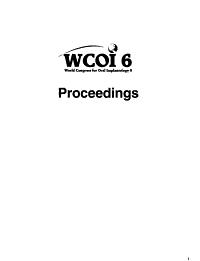