The Fairbairn-Sykes Fighting Knife stands symbolic for daring secret operations that Britain ran during World War II. This book provides an insight in the development of 20th century's most influential military fighting knife and its historical background. Also the biographical background of its inventors, William Ewart Fairbairn and Eric Anthony Sykes, is embedded in this story and unburdened of all the myths and legends that have been woven around these two innovative men. It covers not only the basic variations of the F-S knife but also numerous other examples the collector may encounter. The problematic topic of fakes is discussed as well as the question as to how to narrow the focus of one's collection. Thus, prospective buyers of Fairbairn-Sykes knives will find this book a useful guide through the jungle of variants and fakes. 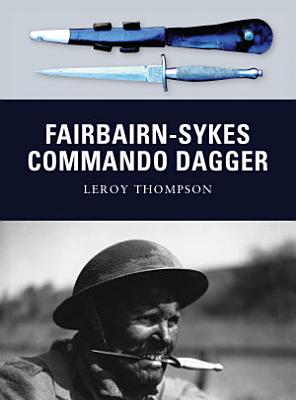 The Fairbairn-Sykes Commando dagger has become iconic as the most widely recognized fighting knife in the world. The origins of the dagger can be traced to Shanghai in the 1930s where W. E. Fairbairn and US Marine officers including Sam Yeaton carried out experiments to develop what they considered the perfect knife for close combat. When Fairbairn and Sykes became instructors for the Commandos, they refined the design which would evolve into the classic Fairbairn-Sykes dagger. The dagger was first used during early Commando raids into occupied Europe but saw action in every theatre of World War II. US Rangers and Marines who had trained with the Commandos took their Fairbairn-Sykes daggers home, and this also influenced the development of American Special Forces daggers. The Fairbairn-Sykes remained in use with many units after the war. It has become a symbol of Commando and special forces units throughout the world. 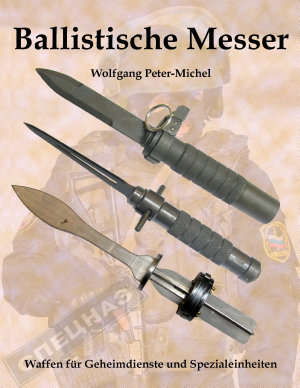 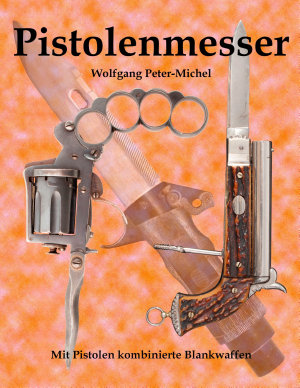 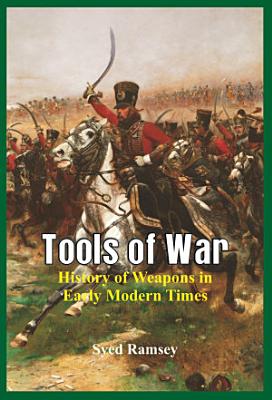 Warfare of the early modern period is associated with the start of the widespread use of gunpowder and the development of suitable weapons to use the explosive, including artillery and handguns; for this reason the era is also referred to as the age of gunpowder warfare (a concept introduced by Michael Roberts in the 1950s). Shock weapons that extend or enhance the deadly force of the humans at close contact. These would include: clubs, axes, tomahawks, knives, swords, sabres, spears, halberds, and pikes. The most important surviving shock weapon today is the bayonet, although some might say it is a shovel doing double duty. Missile weapons that are hurled or projected over various distances to inflict destruction upon the enemy: slingshots, boomerangs, javelins, bows and arrows, crossbows, ballistas, catapults, and Greek fire. This book has been written keeping in view the requirements of undergraduate and postgraduate students and research scholars in the area of weapons and warfare and Military history. 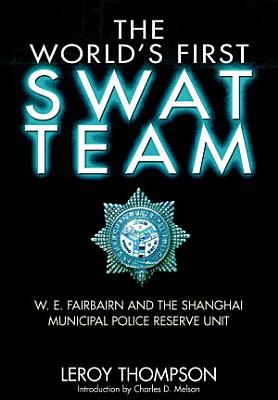 In turbulent Shanghai in the years between the World Wars, the International Settlement was a mercantile powerhouse that faced unrest from Communist labor unions, criminal gangs, spies, political agitators, armed kidnappers and assassins. Adjoining the Settlement were the French Concession and the Chinese city, both hotbeds of intrigue and crime themselves. Called the most sinful in the world, the Settlement relied on its police: the Shanghai Municipal Police, one of the most advanced forces in the world. After an incident in 1926 when the police fired upon demonstrators, which resulted in unrest and strikes, W. E. Fairbairn was charged with forming a specialized unit to deal with riots and armed encounters. The resulting Reserve Unit became the prototype for future SWAT teams, as it developed tactics for using snipers in barricade and hostage incidents, techniques for use of the submachine gun during raids, hostage rescue tactics, aggressive riot-dispersal tactics and various other tactical innovations. Out of the experiences of the unit came many of the techniques later taught by W. E. Fairbairn, E. A. Sykes, Pat O'Neill and others to the Commandos, Rangers, SOE, OSS, 1st Special Service Force and other Second World War elite units. Those same techniques still resonate today with special forces and police tactical units.

This book has the widest array of international fighting knives ever assembled! Compiled by three of the most recognized names in historical military knives, Knives of War presents detailed line drawings, rare historical photos and fascinating facts and anecdotes about the edged weapons used by both sides during World Wars I and II, as well as contemporary fighting knives since World War II. A number of World War II veterans who used these weapons on (or behind) the front lines in elite units enthusiastically shared inside information with the authors, and it is presented here for the first time. Of particular interest is some previously unknown information about the U.S. Marine Raider Gung Ho Knife and the Gerber Mark II Combat Knife, as well as a wealth of details on the most famous fighting knife of all, the Fairbairn-Sykes. Among the other edged weapons examined in this book are big knives; knuckle knives; folding and gravity military knives; bayonet and sword conversions; ceremonial hangers; and trench clubs. 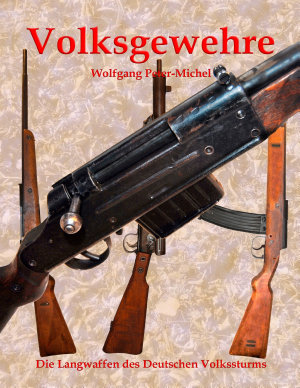 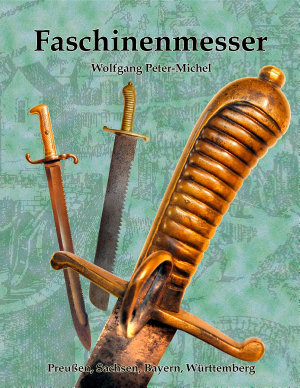 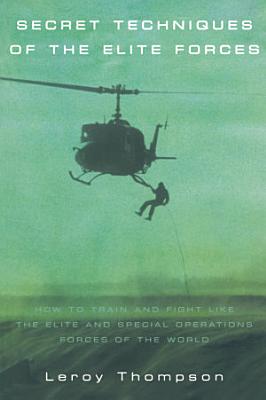 Secret Techniques of the Elite Forces is a must-have for anyone interested in the covert world of elite forces; it will provide the key to understanding what makes the specialist soldier so very special. 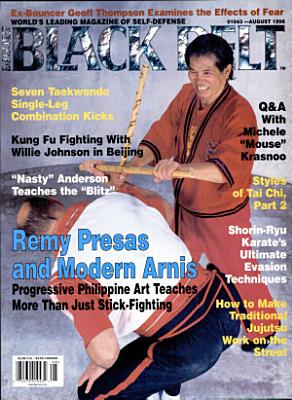 The oldest and most respected martial arts title in the industry, this popular monthly magazine addresses the needs of martial artists of all levels by providing them with information about every style of self-defense in the world - including techniques and strategies. In addition, Black Belt produces and markets over 75 martial arts-oriented books and videos including many about the works of Bruce Lee, the best-known marital arts figure in the world.

The Fairbairn system was based on his training and knowledge in boxing, wrestling, savate, jujutsu, judo and fights he was also involved in during his police work. Fairbairn began to develop his own system of hand-to-hand combat, initially referring to it as 'Defendu'. It was designed to be simple to learn and to provide effective results. Fairbairn published his book, 'Defendu', in 1926 (reprinted as 'Scientific Self Defence' in 1931), illustrating this method and it is here that the term 'Defendu' first appeared. This confused early readers of the book, who assumed that the techniques within it had been based mainly in the Eastern martial arts that Fairbairn had learned. Fairbairn was called upon by the British to help train Allied troops in World War II. Fairbairn and others expanded on this system to create the Close Quarters Combat system that was then taught to the troops. This system was built on Defendu, but modified for military applications, rather than police and riot control. The original Defendu was oriented towards self-defence and restraint, while the Close Quarters Combat system concentrated on rapid disabling of an opponent, with potentially lethal force. The militarised version of Defendu is described in the military manual 'All-in Fighting 1942', used as a supplement during WW2 CQC training. This book was later published in a civilian edition, missing the chapters on bayonet fighting and rifle sighting, under the name 'Get Tough! How to Win in Hand-to-Hand Fighting. As Taught to the British Commandos and the U.S. Armed Forces'. Fairbairn's CQC system is also described in Rex Applegate's book 'Kill or Get Killed'. Together with Eric A. Sykes, Fairbairn developed innovative pistol shooting techniques and handgun specifications for the Shanghai Municipal Police which were later disseminated through their book 'Shooting to Live with the One-Hand Gun', along with various other police innovations such as riot batons, armoured vests and other equipment. He is perhaps best known for designing the famous Fairbairn-Sykes fighting knife, or 'Commando' knife, a stiletto-style fighting dagger used by British Special Forces in the Second World War, and featured in his textbook 'Scientific Self-Defence'. Fairbairn also designed the lesser-known Smatchet, and collaborated on the design of several other combat knife designs. Publications: Defendu Scientific Self-Defence All-In Fighting Get Tough Hands Off! (Self Defence for Women and Girls) Shooting to Live All of Fairbairn's works are published and available from The Naval & Military Press. 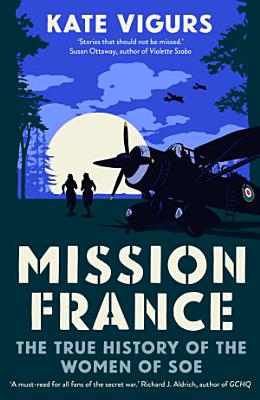 The full story of the thirty-nine female SOE agents who went undercover in France Formed in 1940, Special Operations Executive was to coordinate Resistance work overseas. The organization’s F section sent more than four hundred agents into France, thirty-nine of whom were women. But while some are widely known—Violette Szabo, Odette Sansom, Noor Inayat Khan—others have had their stories largely overlooked. Kate Vigurs interweaves for the first time the stories of all thirty-nine female agents. Tracing their journeys from early recruitment to work undertaken in the field, to evasion from, or capture by, the Gestapo, Vigurs shows just how greatly missions varied. Some agents were more adept at parachuting. Some agents’ missions lasted for years, others’ less than a few hours. Some survived, others were murdered. By placing the women in the context of their work with the SOE and the wider war, this history reveals the true extent of the differences in their abilities and attitudes while underlining how they nonetheless shared a common mission and, ultimately, deserve recognition.