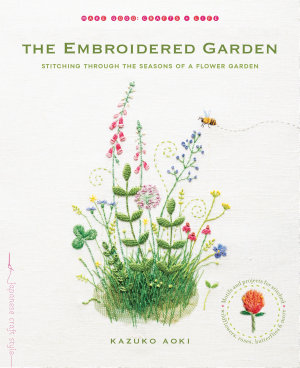 Whimsical, beautiful embroidery motifs created by an avid gardener--stitch roses, bees, or whole garden scenes. Kazuko Aoki has a unique talent for translating the beauty of the garden with needle and thread. By offering forty motifs, Aoki invites us to explore her gardens through embroidery. The forty motifs explore the roses and wildflowers that appear season to season, as well as the bees and butterflies that enjoy their nectar. The designs here are exquisite, detailed, and artfullly rendered. Beyond the motifs themselves, Aoki also presents projects that feature the embroidery: brooches, notebook covers, pin cushions, and pouches. For those new to embroidery, detailed how-to illustrations are included. 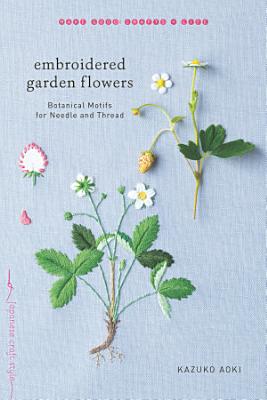 "A stitched field guide to flowers by the author ofThe Embroidered Garden. Featuring 63 plants, this collection of embroidered flower motifs was inspired by a year of studying the garden. Beginning with the spring and going through the late autumn, the flower varieties presented here are presented with care and realistic detail. With beautiful color combinations, wonderful texture, and a studied but artful expression, this is an exquisite guide for those who love flowers and embroidery, and for those who want to share in the pleasures to be found with fabric and needle."--

This is a collection of embroidered flower projects. It features a traditional small flower garden, a spring garden, a spring garland and embroidered initials, as well as many gift ideas. All the colours have been carefully matched so that they reflect the colours of the flowers being worked, and the stitches used have been chosen to recreate the true form of each of the flowers. 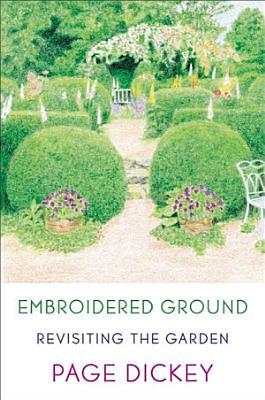 A memorable book about making a renowned garden work In Embroidered Ground: Revisiting the Garden, the acclaimed author and garden designer Page Dickey writes of the pitfalls, challenges, successes, and myriad pleasures of the twenty-nineyear-long process of creating her own remarkable garden, Duck Hill, in upstate New York. This winning book details the evolution of one especially loved and cared-for space: its failed schemes and realized dreams, and the wisdom gained in contending with an ever evolving work of art. The author shares her very personal views on what contributes to a garden's success—structure, fragrance, the play of light and shadow, patterns and textures, multiseasonal plants. She writes of gardening with a husband, with wildlife, with dogs and chickens. And she grapples with how to adapt her garden—as we can adapt ours—to change in the years ahead. 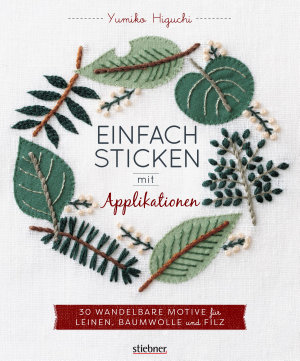 Embroidery artist and avid gardener Kazuko Aoki shares her newest collection of exquisite designs inspired by her very own kitchen garden. This bountiful assortment of embroidery motifs includes everyone's favorite garden treats. From humble tomatoes and radishes to show-stopping figs and Brussels sprouts, this collection features over 30 edible plant designs. Stitch up a sampler to decorate your kitchen, create a one-of-a-kind farmers market tote, or just pore over the pages for endless inspiration. Each design features artfully illustrative details yet are made with just a handful of simple embroidery stitches. Embroidery enthusiasts will delight in this cornucopia of lush and sweet designs to stitch and savor. Instructions and templates for all designs are included, along with personal embroidery tips and expert advice from the author. 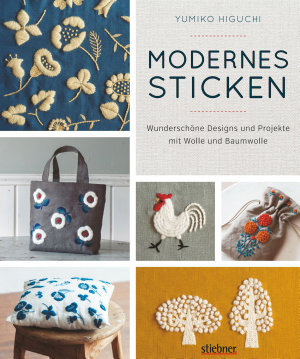 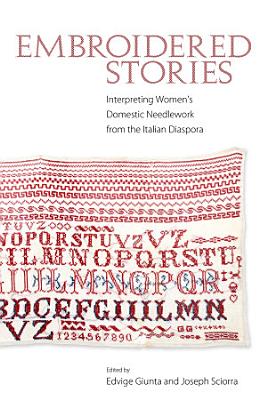 For Italian immigrants and their descendants, needlework represents a marker of identity, a cultural touchstone as powerful as pasta and Neapolitan music. Out of the artifacts of their memory and imagination, Italian immigrants and their descendants used embroidering, sewing, knitting, and crocheting to help define who they were and who they have become. This book is an interdisciplinary collection of creative work by authors of Italian origin and academic essays. The creative works from thirty-seven contributors include memoir, poetry, and visual arts while the collection as a whole explores a multitude of experiences about and approaches to needlework and immigration from a transnational perspective, spanning the late nineteenth century to the late twentieth century. At the center of the book, over thirty illustrations represent Italian immigrant women’s needlework. The text reveals the many processes by which a simple object, or even the memory of that object, becomes something else through literary, visual, performance, ethnographic, or critical reimagining. While primarily concerned with interpretations of needlework rather than the needlework itself, the editors and contributors to Embroidered Stories remain mindful of its history and its associated cultural values, which Italian immigrants brought with them to the United States, Canada, Australia, and Argentina and passed on to their descendants.