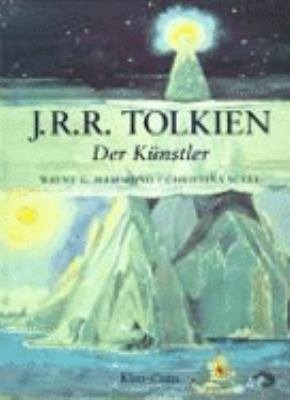 To celebrate the 60th Anniversary of the publication of The Lord of the Rings, a sumptuous full-colour art book containing the complete collection of almost 200 sketches, drawings, paintings and maps by J.R.R. Tolkien. As he wrote The Lord of the Rings, J.R.R. Tolkien s mental pictures often found expression in drawing, from rough sketches made within the manuscript to more finished illustrations. Only a few of these were meant for publication; most were aids to help Tolkien conceive his complex story and keep it consistent. Many do not illustrate the final text, but represent moments of creation, illuminating Tolkien s process of writing and design. In addition to pictorial sketches, numerous maps follow the development of the Shire and the larger landscape of Middle-earth, while inscriptions in runes and Elvish script, and facsimile leaves from the burned and blood-stained Book of Mazarbul, support Tolkien s pose as an editor or translator of ancient records. The Art of The Lord of the Rings by J.R.R. Tolkien collects these drawings, inscriptions, maps, and plans in one deluxe volume. More than 180 images are included, all of them printed in colour from high-quality scans and photographs, more than half not previously published. Wayne G. Hammond and Christina Scull, two of the world s leading Tolkien scholars, have edited the book and provide an expert introduction and comments. Readers who have enjoyed The Art of The Hobbit by J.R.R. Tolkien, with which the new book is uniform, will find much of interest also in The Art of The Lord of the Rings."

Beginning on December 19, New Line Cinema will present a grand trilogy of live-action feature films: The Fellowship of the Ring, The Two Towers, & The Return of the King. The three separately released installments of J.R.R. Tolkien's The Lord of the Rings will mark the return of "cliffhanger cinema" for the first time since the serial adventures of decades past. Tolkien's mythic vision will come to life through the cutting-edge cinema technology & artistry of director Peter Jackson. Houghton Mifflin, publisher of the epic masterworks of J.R.R. Tolkien for more than sixty years, is proud to offer new movie tie-in volumes, each available separately & in boxed sets. Paperback & hardcover editions & boxed sets will have different cover art.

Tolkien's complete artwork for "The Lord of the Rings," presented for the first time in celebration of its 60th anniversary, includes more than 180 sketches, drawings, paintings, maps, and plans, more than half of which have not been previously published.

Analyzes and illuminates Tolkien's lesser-known achievements as an artist and collects the complete artwork created for "The Hobbit," including over one hundred sketches, paintings, maps, and plans. 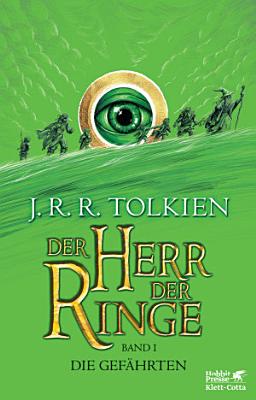 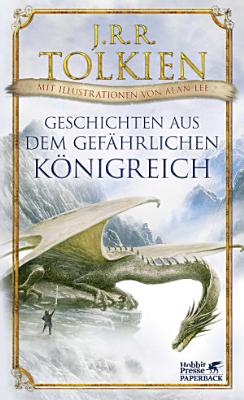 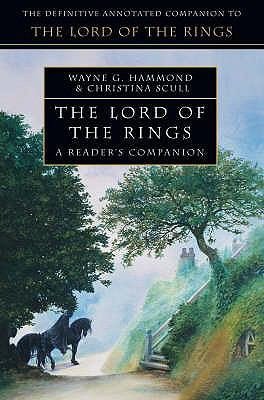 Since its first publication fifty years ago, The Lord of the Rings has generated an almost unparalleled interest from both fans and critics alike. Every detail of its 500,000+ words has been examined and discussed, making it the most widely studied - and enjoyed - work of fiction of the 20th century.In The Lord of the Rings: A Reader's Companion, Wayne G. Hammond and Christina Scull unravel the story of how an epic battle has been fought for decades, first by Professor Tolkien, then by his son, Christopher, to maintain the integrity of this huge story. They examine the work chapter by chapter, providing details of:,*Notes on significant author changes, when they entered, and any background history,*Notes on changes made by Christopher Tolkien, and differences between the earliest manuscripts and the printed text,*References to people, places and events that appear in other Tolkien books,*Explanations of unusual words,*Appearing for the first time, Tolkien's own "Guide to the Names in The Lord of the Rings", with fascinating notes by him about many of the names he inventedThe Lord of the Rings: A Reader's Companion will provide a unique insight into the creative process of a true genius, and will offer a detailed and informative account of how the Book of the Century has evolved from one generation to the next. 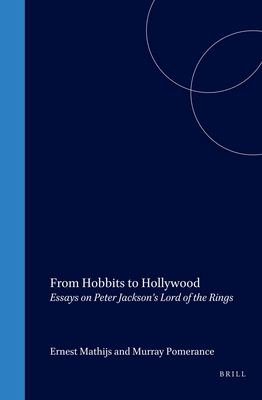 Peter Jackson's film version of The Lord of the Rings (2001-2003) is the grandest achievement of 21st century cinema so far. But it is also linked to topical and social concerns including war, terrorism, and cultural imperialism. Its style, symbols, narrative, and structure seem always already linked to politics, cultural definition, problems of cinematic style, and the elemenal mythologies that most profoundly capture our imaginations.From Hobbits to Hollywood: Essays on Peter Jackson's Lord of the Rings treats Jackson's trilogy as having two conditions of existence: an aesthetic and a political. Like other cultural artefacts, it leads a double life asobjet d'art and public statement about the world, so that nothing in it is ever just cinematically beautiful or tasteful, and nothing is ever just a message or an opinion.Written by leading scholars in the study of cinema and cultureFrom Hobbits to Hollywood gives Jackson's trilogy the fullest scholarly interrogation to date. Ranging from interpretations ofThe Lord of the Rings' ideological and philosophical implications, through discussions of its changing fandoms and its incorporation into the Hollywood industry of stars, technology, genre, and merchandising, to considerations of CGI effects, acting, architecture and style, the essays contained here open a new vista of criticism and light, for ardent fans of J.R.R. Tolkien, followers of Jackson, and all those who yearn for a deeper appreciation of cinema and its relation to culture.

When J.R.R. Tolkien wrote HOBBIT he had become an accomplished amateur artist, and he was keen to contribute visually to the work. The finished book contained eight black and white drawings, five colour plates, two maps and his own jacket design. But behind these finished works there also lay a multitude of sketches and drawings, draft maps and runic designs, demonstrating Tolkien's careful planning and artistry. Indeed, every major artist who has illustrated the book subsequently has been influenced by Tolkien's own powerful visual conceptions.THE ART OF THE HOBBITcollects for the first time the complete surviving artwork that helped to underpin such a remarkable work of fiction. Written and edited by Tolkien experts Wayne G. Hammond and Christina Scull, authors of the acclaimed biographyTOLKIEN: ARTIST AND ILLUSTRATORthis book uses brand new digital scans from the Bodleian Library in Oxford to show off Tolkien's paintings in more vivid detail than ever before, making this a worthy and lasting tribute to a largely overlooked side of Tolkien's genius.