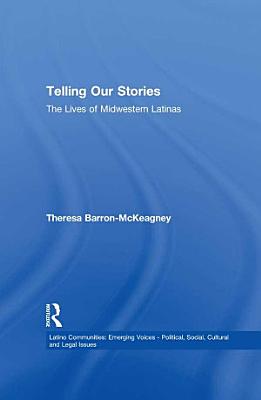 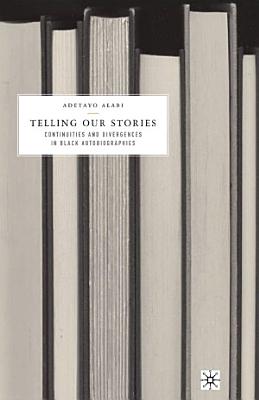 Telling Our Stories investigates the continuities and divergences in selected Black autobiographies from Africa, the Caribbean, and the United States. The stories of slaves, creative writers, and political activists are discussed both as texts produced by individuals who are products of specific societies and as interconnected books. The book identifies influences of environmental and cultural differences on the texts while it adopts cross-cultural and postcolonial reading approaches to examine the continuities and divergences in them. 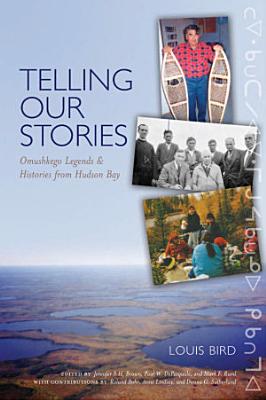 Since the 1970s, Louis Bird, a distinguished Aboriginal storyteller and historian, has been recording the stories and memories of Omushkego (Swampy Cree) communities along western Hudson and James Bays. In nine chapters, he presents some of the most vivid legends and historical stories from his collection, casting new light on his people’s history, culture, and values. Working with the editors and other contributors to provide background and context for the stories, he illuminates their many levels of meaning and brings forward the value system and world-view that underlie their teachings. Students of Aboriginal culture, history, and literature will find that this is no ordinary book of stories compiled from a remote, disconnected voice, but rather a project in which the teller, deeply engaged in preserving his people's history, language, and values, is committed to bringing his listeners and readers as far along the road to understanding as he possibly can. 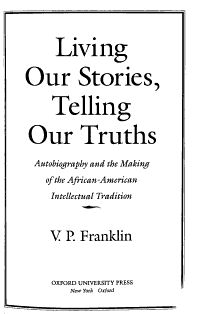 From the publication of the Narrative of the Life of Frederick Douglass in 1845 to Brent Staples' Parallel Time in the 1990s, the autobiography has been the most important literary genre in the African-American intellectual tradition. This book provides a comprehensive examination of African-American intellectual history, presenting original interpretations of the lives and thought of 12 major black American writers and political leaders who have played a central role in this powerful literary genre.

The definitive guide to two state-of-the-art museums--the Museum of Mississippi History and the Mississippi Civil Rights Museum, which are both set to open in December 2017, in celebration of the state's bicentennial 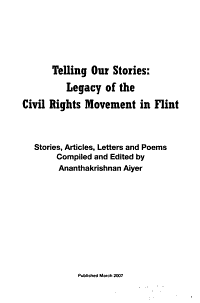 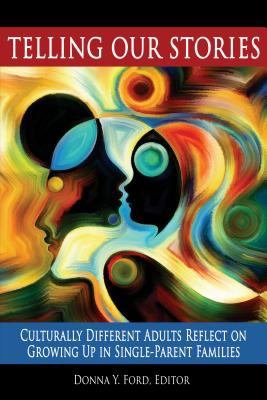 Five decades ago, I was challenged to read the Moynihan Report (1965). Then and now, I take issue with much of the content, which smacks of deficit thinking, blaming the victim, and a blindness or almost total disregard for how systemic racism and social injustices contribute to family structures. I recall being professionally and personally offended by interpretations of single?parent families, which were often negative and hopeless. Moral development, criminal activity, poor educational outcomes, poverty, and apathy of many kinds were placed squarely on the shoulders of these families, especially if the families were/are headed by Black mothers. Eurocentric and middle class notions of ‘real’ families like those depicted on TV shows and movies dominate, then and now, what is deemed healthy in terms of family structures – with the polemic conclusion that nuclear families are the best and sometimes only structure in which children must be raised. These colorblind, economic blind, and racist blind studies, reports, theories, and folktales have failed to do justice to the families in which there is one caregiver. Their stories of woe and mayhem make the news and guide policies and procedures. The stories of children who have been resilient have been unheard and silenced, they have been under?reported and relegated to the status of ‘exception to the rule’. Perhaps they are exceptions, but there are more exceptions than we may know. This book is designed with those stories of resilience and success in mind. The book is not an attempt to glorify single?parent families, but such families are prevalent and increasing. High divorce rates are impactful. And some parents have chosen to not marry, which is their right. While not glorifying single?parent families, we are also not demonizing them or telling their stories void of context. Yes, income will often be low(er), time will be compromised when divided between offspring, work, and other obligations. Likewise, we are not glorifying two?parent families as being ideal; their context matters too. How healthy are married couples who don’t really love or even like each other? How healthy are those parents who have separate sleeping arrangements/bedrooms? How healthy are those families who have oppositional parenting styles and goals for their children? This is the 50th anniversary of the Moynihan Report, and I am concerned that another 50 years will pass that fails to balance out the stories of single?parent families, mainly those whose children succeed and defy the odds so often unexpected of them. I agree with Cohen, co?author of the updated report: "The preoccupation with strengthening marriage as the best route to reducing poverty and inequality has been a policymaking folly”. Further, 50 years after Moynihan released the controversial report, The Negro Family: The Case for National Action, a new brief by the Institute for Women's Policy Research (IWPR) and the Council on Contemporary Families (CCF) titled, "Moynihan's Half Century: Have We Gone to Hell in a Hand Basket?," finds that the changes in family structure that concerned him have indeed continued, becoming widespread among Whites as well, but that they do not explain recent trends in poverty and inequality. In fact, a number of the social ills Moynihan assumed would accompany these changes in family structure—such as rising rates of poverty, school failure, crime, and violence—have instead decreased. (see this)