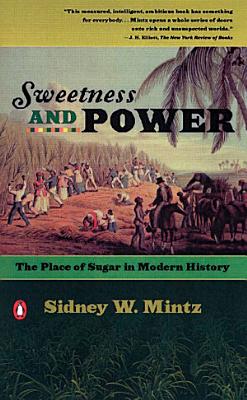 A fascinating persuasive history of how sugar has shaped the world, from European colonies to our modern diets In this eye-opening study, Sidney Mintz shows how Europeans and Americans transformed sugar from a rare foreign luxury to a commonplace necessity of modern life, and how it changed the history of capitalism and industry. He discusses the production and consumption of sugar, and reveals how closely interwoven are sugar's origins as a "slave" crop grown in Europe's tropical colonies with is use first as an extravagant luxury for the aristocracy, then as a staple of the diet of the new industrial proletariat. Finally, he considers how sugar has altered work patterns, eating habits, and our diet in modern times. "Like sugar, Mintz is persuasive, and his detailed history is a real treat." -San Francisco Chronicle 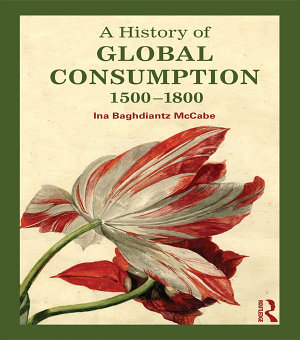 In A History of Global Consumption: 1500 – 1800, Ina Baghdiantz McCabe examines the history of consumption throughout the early modern period using a combination of chronological and thematic discussion, taking a comprehensive and wide-reaching view of a subject that has long been on the historical agenda. The title explores the topic from the rise of the collector in Renaissance Europe to the birth of consumption as a political tool in the eighteenth century. Beginning with an overview of the history of consumption and the major theorists, such as Bourdieu, Elias and Barthes, who have shaped its development as a field, Baghdiantz McCabe approaches the subject through a clear chronological framework. Supplemented by illlustrations in every chapter and ranging in scope from an analysis of the success of American commodities such as tobacco, sugar and chocolate in Europe and Asia to a discussion of the Dutch tulip mania, A History of Global Consumption: 1500 – 1800 is the perfect guide for all students interested in the social, cultural and economic history of the early modern period. 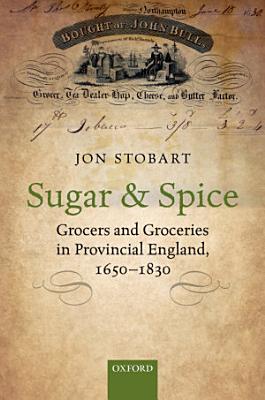 Consumers in eighteenth-century England were firmly embedded in an expanding world of goods, one that incorporated a range of novel foods (tobacco, chocolate, coffee, and tea) and new supplies of more established commodities, including sugar, spices, and dried fruits. Much has been written about the attraction of these goods, which went from being novelties or expensive luxuries in the mid-seventeenth century to central elements of the British diet a century or so later. They have been linked to the rise of Britain as a commercial and imperial power, whilst their consumption is seen as transforming many aspects of British society and culture, from mealtimes to gender identity. Despite this huge significance to ideas of consumer change, we know remarkably little about the everyday processes through which groceries were sold, bought, and consumed. In tracing the lines of supply that carried groceries from merchants to consumers, Sugar and Spice reveals how changes in retailing and shopping were central to the broader transformation of consumption and consumer practices, but also questions established ideas about the motivations underpinning consumer choices. It demonstrates the dynamic nature of eighteenth-century retailing; the importance of advertisements in promoting sales and shaping consumer perceptions, and the role of groceries in making shopping an everyday activity. At the same time, it shows how both retailers and their customers were influenced by the practicalities and pleasures of consumption. They were active agents in consumer change, shaping their own practices rather than caught up in a single socially-inclusive cultural project such as politeness or respectability. 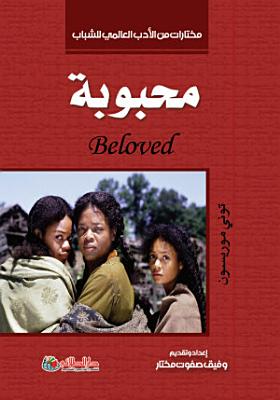 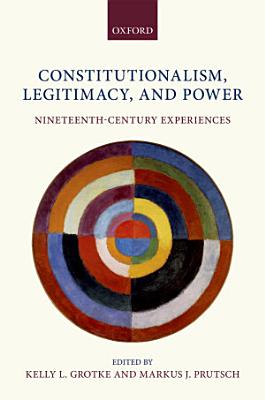 If one counts the production of constitutional documents alone, the nineteenth century can lay claim to being a 'constitutional age'; one in which the generation and reception of constitutional texts served as a centre of gravity around which law and politics consistently revolved. This volume critically re-examines the role of constitutionalism in that period, in order to counter established teleological narratives that imply a consistent development from absolutism towards inclusive, participatory democracy. Various aspects of constitutional histories within and outside of Europe are examined from a comparative, transnational, and multidisciplinary historical perspective, organized around five key themes. The first part looks at constitutions as anti-revolutionary devices, and addresses state building, monarchical constitutionalism, and restorations. The second part takes up constitutions and the justification of new social inequalities, focusing on women's suffrage, human rights, and property. The third part uses individual country studies to take on questions of how constitutions served to promote nationalism. The use of constitutions as instruments of imperialism is covered in the fourth part, and the final part examines the ways that constitutions function simultaneously as legal and political texts. These themes reflect a certain scepticism regarding any easy relationship between stated constitutional ideals and enacted constitutional practices. Taken together, they also function as a general working hypothesis about the role of constitutions in the establishment and maintenance of a domestically and internationally imbalanced status quo, of which we are the present-day inheritors. More particularly, this volume addresses the question of the extent to which nineteenth-century constitutionalism may have set the stage for new forms of domination and discrimination, rather than inaugurating a period of 'progress' and increasing equality. 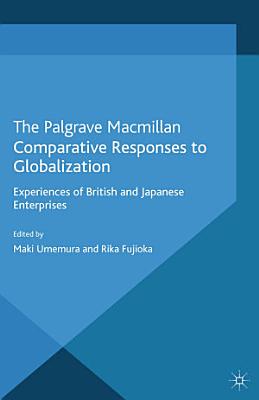 Explores how British and Japanese firms have responded to globalization from a long-term perspective. Incorporates studies from the 18th century and sheds light on the impact of the institutional setting, the influence of government and entrepreneurs, and the weight of historical contingency in conditioning firm responses to globalization. 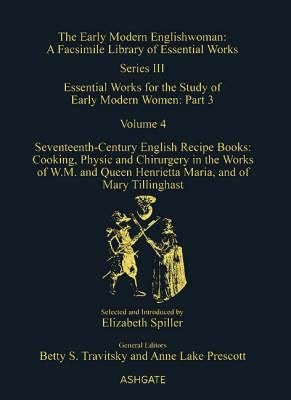 The texts reprinted in these two volumes allow readers to reconstruct the history of recipes, both medical and culinary, from the mid-sixteenth to mid-seventeenth century, and situate that history within the larger scientific and intellectual practices of 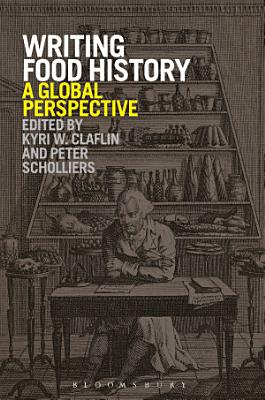 The vibrant interest in food studies among both academics and amateurs has made food history an exciting field of investigation. Taking stock of three decades of groundbreaking multidisciplinary research, the book examines two broad questions: What has history contributed to the development of food studies? How have other disciplines - sociology, anthropology, literary criticism, science, art history - influenced writing on food history in terms of approach, methodology, controversies, and knowledge of past foodways? Essays by twelve prominent scholars provide a compendium of global and multicultural answers to these questions. The contributors critically assess food history writing in the United States, Africa, Mexico and the Spanish Diaspora, India, the Ottoman Empire, the Far East - China, Japan and Korea - Europe, Jewish communities and the Middle East. Several historical eras are covered: the Ancient World, the Middle Ages, Early Modern Europe and the Modern day. The book is a unique addition to the growing literature on food history. It is required reading for anyone seeking a detailed discussion of food history research in diverse times and places. 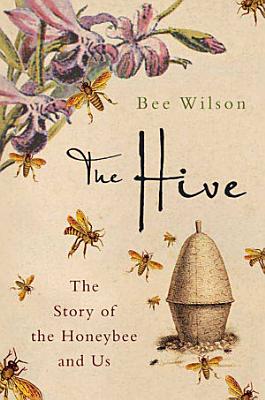 Ever since men first hunted for honeycomb in rocks and daubed pictures of it on cave walls, the honeybee has been seen as one of the wonders of nature: social, industrious, beautiful, terrifying. No other creature has inspired in humans an identification so passionate, persistent, or fantastical. The Hive recounts the astonishing tale of all the weird and wonderful things that humans believed about bees and their "society" over the ages. It ranges from the honey delta of ancient Egypt to the Tupelo forests of modern Florida, taking in a cast of characters including Alexander the Great and Napoleon, Sherlock Holmes and Muhammed Ali. The history of humans and honeybees is also a history of ideas, taking us through the evolution of science, religion, and politics, and a social history that explores the bee's impact on food and human ritual. In this beautifully illustrated book, Bee Wilson shows how humans will always view the hive as a miniature universe with order and purpose, and look to it to make sense of their own. 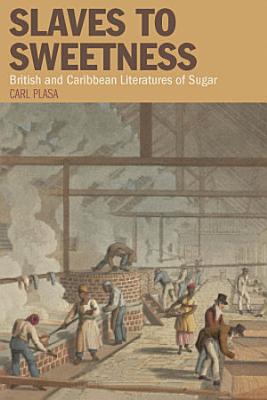 Literary and sociological studies have long been fascinated by the seemingly innocuous substance of sugar, not least because of its direct link with the histories of slavery in the New World. Unlike previous texts, Slaves to Sweetness examines not only traditional, classic studies of the history of sugar, but also explores the previously ignored work produced by expatriate Caribbean authors from the 1980s onward. As a result, this volume provides the most comprehensive account to date of the historical transformations undergone by our representations of sugar, making it a rich resource for scholars in numerous fields. 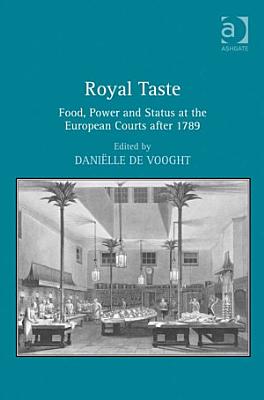 The explicit association between food and status was, academically speaking, first acknowledged on the food production level. He who owned the land, possessed the grain, he who owned the mill, had the flour, he who owned the oven, sold the bread. However, this conceptualization of power is dual; next to the obvious demonstration of power on the production level is the social significance of food consumption. Consumption of rich food—in terms of quantity and quality —was, and is, a means to show one's social status and to create or uphold power. This book is concerned with the relationship between food consumption, status and power. Contributors address the 'old top' of society, and consider the way kings and queens, emperors and dukes, nobles and aristocrats wined and dined in the rapidly changing world of the late eighteenth and nineteenth centuries, where the bourgeoisie and even the 'common people' obtained political rights, economic influence, social importance and cultural authority. The book questions the role of food consumption at courts and the significance of particular foodstuffs or ways of cooking, deals with the number of guests and their place at the table, and studies the way the courts under consideration influenced one another. Topics include the role of sherry at the court of Queen Victoria as a means of representing middle class values, the use of the truffle as a promotional gift at the Savoy court, and the influence of European culture on banqueting at the Ottoman Palace. Together the volume addresses issues of social networks, prestige, politics and diplomacy, banquets and their design, income and spending, economic aims, taste and preference, cultural innovations, social hierarchies, material culture, and many more social and cultural issues. It will provide a useful entry into food history for scholars of court culture and anyone with an interest in modern cultural history. 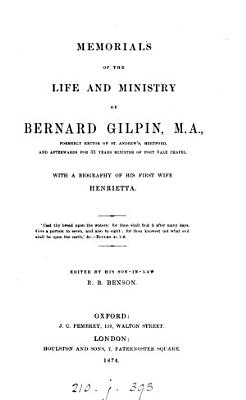 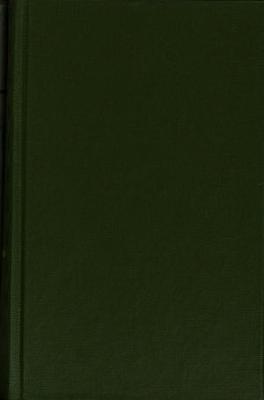