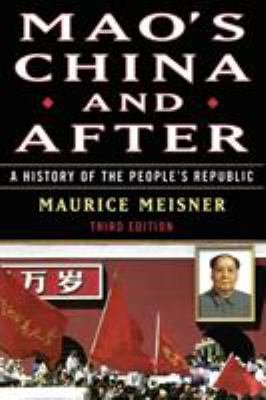 When MAO'S CHINA first appeared in 1977, it was hailed as the single most useful general volume on recent Chinese history, covering every important question of the time with clarity and amazing insight. Now, Meisner brings the third edition of his definitive work, with new information provided throughout the classic study. Including a whole new section in Part Six, 'Deng Xiaoping and the Origins of Chinese Capitalism: 1976-1998', Meisner assesses the country's uneasy relationship with democracy, socialism and capitalism. Retaining the elegance, lucidity and comprehensiveness he is known for, Meisner moves far beyond his previous work to paint a never-before-seen portrait of the political and social realities of China on the brink of the new Millennium, and the global implications of its rise to economic and political power. 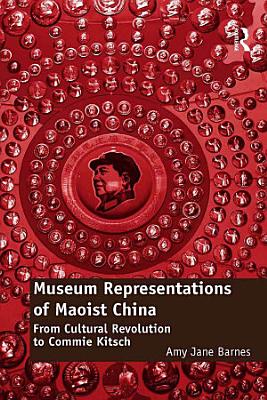 The collection, interpretation and display of art from the People’s Republic of China, and particularly the art of the Cultural Revolution, have been problematic for museums. These objects challenge our perception of ’Chineseness’ and their style, content and the means of their production question accepted notions of how we perceive art. This book links art history, museology and visual culture studies to examine how museums have attempted to reveal, discuss and resolve some of these issues. Amy Jane Barnes addresses a series of related issues associated with collection and display: how museums deal with difficult and controversial subjects; the role they play in mediating between the object and the audience; the role of the Other in the creation of Self and national identities; the nature, role and function of art in society; the museum as image-maker; the impact of communism (and Maoism) on the cultural history of the twentieth-century; and the appropriation of communist visual iconography. This book will be of interest to researchers and students of museology, visual and cultural studies as well as scholars of Chinese and revolutionary art. 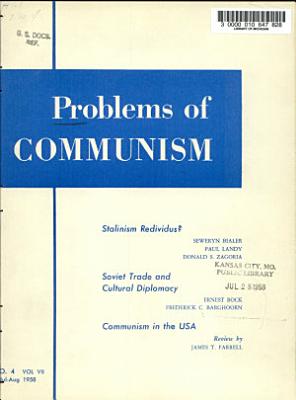 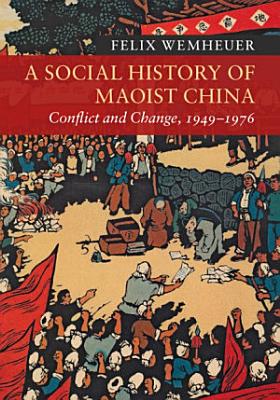 This new social history of Maoist China provides an accessible view of the complex and tumultuous period when China came under Communist rule.

As a result of state sponsorship, film was made widely available to Chinese audiences after the founding of the People's Republic of China in 1949, enjoyed by urbanites, workers, intellectuals, as well as peasants. While the production of socialist subjects has often been seen as the primary function of cinema in China during the Mao era (1949-1976), moviegoing became the basis of cultural practices that encompassed multiple goals and identities. My dissertation investigates moviegoing in Maoist China through contemporaneous discourses and viewers' testimonies, both of which, I argue, articulated multiple ideals of socialism by positioning the spectator differently vis-à-vis the filmic text and the institution of film exhibition. I show film reception as a contested space by pursuing two lines of inquiry. By examining Maoist film institutions and discourses, I describe how cinema became embedded in the multimedia propagandist system of the Chinese Communist Party. In the press and in campaign materials, authorities, editors, critics, and ordinary viewers tried to prescribe almost every aspect of a socialist film culture from exhibition strategies to desirable viewing habits and responses to films. Drawing on archival sources, including newspapers, film magazines, internally released journals, and government documents, I suggest that although public discourse often focused on the education of model socialist citizens through cinema, it was open for negotiations and debates. On a second front, I examine how Mao-era moviegoers experienced and remembered watching films through memoirs, published accounts, as well as interviews I conducted myself in 2013 and 2014. Audience testimonies revealed that film viewers assumed a range of spectatorial identities from model viewers in the eyes of the Party, to cinephiles, critics, and distracted spectators. Despite officially sanctioned attempts to regulate moviegoing, there was a considerable amount of unpredictability and autonomy in the actual reception of films. The four chapters of the dissertation focus on different aspects of the Maoist film culture. Chapter 1 examines the Party's effort to build a socialist film exhibition system across the country. Guided by Mao Zedong's "Talks at the Yan'an Forum of Literature and Arts" (1942), this system was founded on an ambivalent notion of "the people"--At once an active political subject demanding the Party's service and an object of reform needing Party guidance. Chapter 2 focuses on scarcity as a key material condition that shaped spectatorial identifications. Chapter 3 traces the changing contours of Chines socialism by looking at dubbed foreign films and their reception. The popularity of a wide variety of films from countries including the Soviet Union, North Korea, India, Italy, and France as well as the diverse modes in which audiences engaged with these films testified to the aspiration of Chinese socialism to create an internationalist mass culture. Finally, the topic of Chapter 4 is the imitation of film characters among children. While the CCP encouraged model emulation as a crucial mechanism of political education, through fantasy and play, children's imitative practices became potentially critical of Party policies. My study makes an original contribution to the growing body of scholarship on Chinese cinema and culture, which has paid little attention to the question of reception. It re-conceptualizes socialism and socialist culture through moviegoing. By delineating a little known film culture radically different from what is found in most industrialized countries, my project also revises current historical narratives of the global circulation of cinema. 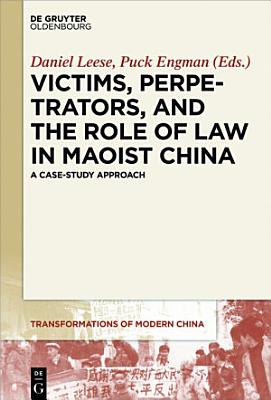 The relationship between politics and law in the early People’s Republic of China was highly contentious. Periods of intentionally excessive campaign justice intersected with attempts to carve out professional standards of adjudication and to offer retroactive justice for those deemed to have been unjustly persecuted. How were victims and perpetrators defined and dealt with during different stages of the Maoist era and beyond? How was law practiced, understood, and contested in local contexts? This volume adopts a case study approach to shed light on these complex questions. By way of a close reading of original case files from the grassroots level, the contributors detail procedures and question long-held assumptions, not least about the Cultural Revolution as a period of “lawlessness.” 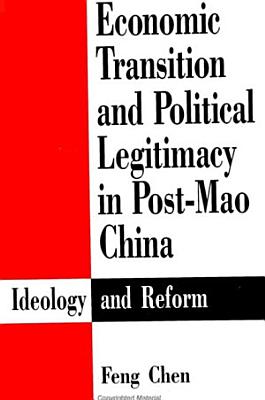 Tracing the role of ideas in Chinese economic reform from 1978 to the present, this book explores the conversion of Chinas policymakers to capitalist economic thinking. Chen argues that the reform process has created a gap between the legitimacy of the leadership, which remains rooted in Marxist-Leninist ideology, and the practice of reform, which has abandoned such ideological constraints. Through a systematic survey of party documents and resolutions, official publications, leaders speeches, academic journals, and newspapers, Chen shows how Chinese policymakers reconceptualized the ownership system and adjusted related policies. Focusing on a number of economic policy issue areas such as state economy, rural reform, privatization, and income distribution, he analyzes in depth the implications of this gap for the current Chinese leadership and the future of Chinas political development. 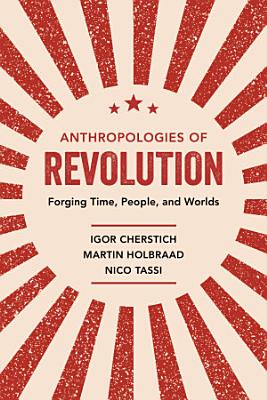 A free open access ebook is available upon publication. Learn more at www.luminosoa.org. What can anthropological thinking contribute to the study of revolutions? The first book-length attempt to develop an anthropological approach to revolutions, Anthropologies of Revolution proposes that revolutions should be seen as concerted attempts to radically reconstitute the worlds people inhabit. Viewing revolutions as all-embracing, world-creating projects, the authors ask readers to move beyond the idea of revolutions as acts of violent political rupture, and instead view them as processes of societal transformation that penetrate deeply into the fabric of people’s lives, unfolding and refolding the coordinates of human existence. 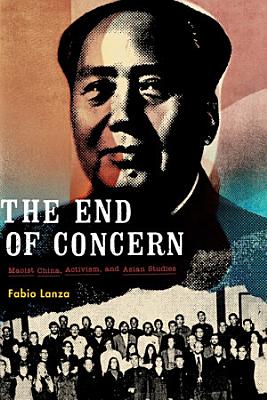 In 1968 a cohort of politically engaged young academics established the Committee of Concerned Asian Scholars (CCAS). Critical of the field of Asian studies and its complicity with the United States' policies in Vietnam, the CCAS mounted a sweeping attack on the field's academic, political, and financial structures. While the CCAS included scholars of Japan, Korea, and South and Southeast Asia, the committee focused on Maoist China, as it offered the possibility of an alternative politics and the transformation of the meaning of labor and the production of knowledge. In The End of Concern Fabio Lanza traces the complete history of the CCAS, outlining how its members worked to merge their politics and activism with their scholarship. Lanza's story exceeds the intellectual history and legacy of the CCAS, however; he narrates a moment of transition in Cold War politics and how Maoist China influenced activists and intellectuals around the world, becoming a central element in the political upheaval of the long 1960s. 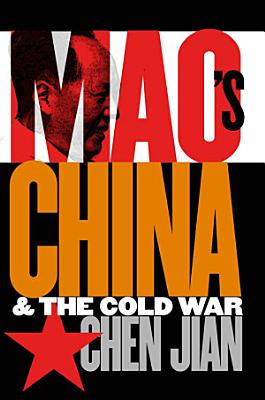 This comprehensive study of China's Cold War experience reveals the crucial role Beijing played in shaping the orientation of the global Cold War and the confrontation between the United States and the Soviet Union. The success of China's Communist revolution in 1949 set the stage, Chen says. The Korean War, the Taiwan Strait crises, and the Vietnam War--all of which involved China as a central actor--represented the only major "hot" conflicts during the Cold War period, making East Asia the main battlefield of the Cold War, while creating conditions to prevent the two superpowers from engaging in a direct military showdown. Beijing's split with Moscow and rapprochement with Washington fundamentally transformed the international balance of power, argues Chen, eventually leading to the end of the Cold War with the collapse of the Soviet Empire and the decline of international communism. Based on sources that include recently declassified Chinese documents, the book offers pathbreaking insights into the course and outcome of the Cold War. 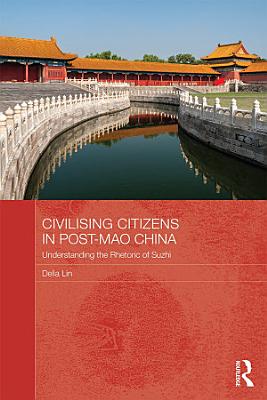 Political discourse in contemporary China is intimately linked to the patriotic reverie of restoring China as a great civilisation, a dream of reformers since the beginning of the twentieth century. The concept and use of suzhi – a term that denotes the idea of cultivating a ‘quality’ citizenship – is central to this programme of rejuvenation, and is enjoying a revival. This book therefore offers an accessible and comprehensive analysis of suzhi, investigating the underlying cultural, philosophical and psychological foundations that propel the suzhi discourse. Using a new method to analyse Chinese governance – one that is both historical and discursive in approach – the book demonstrates how suzhi has been made into a political resource by the Chinese Communist Party-State, journeying from Confucianism to socialism. Ultimately, it asks the question: if we cannot rely on Western models of governance to explain how China is governed, what method of analysis can we use? Making use of over 200 Chinese-language primary sources, the book highlights the link between suzhi and similar discourses in post-Mao China, including those centring on notions of ‘civilisation’, ‘harmonious society’ and the 'China dream'. As the first book to provide an in-depth study of suzhi and its relevance in Chinese society, Civilising Citizens in Post-Mao China will be useful for students and scholars of Chinese studies, Chinese politics and sociology. 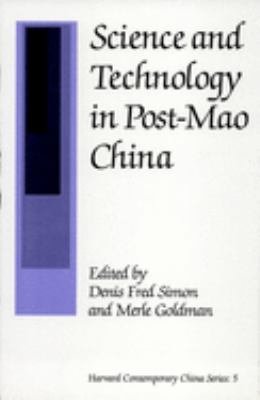 Along with the political and economic reforms that have characterized the post-Mao era in China there has been a potentially revolutionary change in Chinese science and technology. Here sixteen scholars examine various facets of the current science and technology scene, comparing it with the past and speculating about future trends. Two chapters dealing with science under the Nationalists and under Mao are followed by a section of extensive analysis of reforms under Deng Xiaoping, focusing on the organizational system, the use of human resources, and the emerging response to market forces. Chapters dealing with changes in medical care, agriculture, and military research and development demonstrate how these reforms have affected specific areas during the Chinese shift away from Party orthodoxy and Maoist populism toward professional expertise as the guiding principle in science and technology. Three further chapters deal with China's interface with the world at large in the process of technology transfer. Both the introductory and concluding chapters describe the tension between the Chinese Communist Party structure, with its inclinations toward strict vertical control, and the scientific and technological community's need for a free flow of information across organizational, disciplinary, and national boundaries. 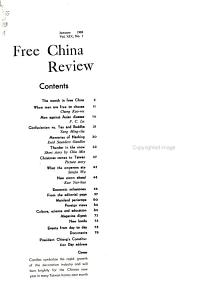