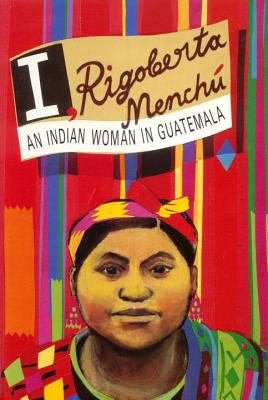 Her story reflects the experiences common to many Indian communities in Latin America today. Rigoberta suffered gross injustice and hardship in her early life: her brother, father and mother were murdered by the Guatemalan military. She learned Spanish and turned to catechist work as an expression of political revolt as well as religious commitment. The anthropologist Elisabeth Burgos-Debray, herself a Latin American woman, conducted a series of interviews with Rigoberta Menchu. The result is a book unique in contemporary literature which records the detail of everyday Indian life. Rigoberta’s gift for striking expression vividly conveys both the religious and superstitious beliefs of her community and her personal response to feminist and socialist ideas. Above all, these pages are illuminated by the enduring courage and passionate sense of justice of an extraordinary woman. 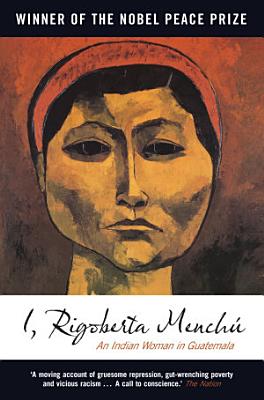 Interviews with a Guatemalan national leader offer reflections on her life and discuss her country's political situation and the resulting violence, which has claimed the lives of her brother, mother, and father. 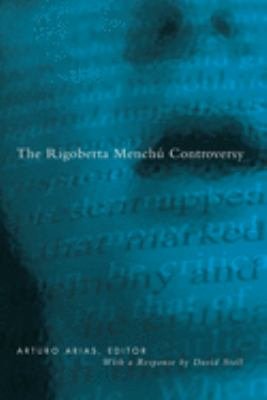 Guatemalan indigenous rights activist Rigoberta Menchu first came to international prominence following the 1983 publication of her memoir, I, Rigoberta Menchu, which chronicled in compelling detail the violence and misery that she and her people suffered during her country's brutal civil war. The book focused world attention on Guatemala and led to her being awarded the Nobel Peace Prize in 1992. In 1999, a book by David Stoll challenged the veracity of key details in Menchu's account, generating a storm of controversy. Journalists and scholars squared off regarding whether Menchu had lied about her past and, if so, what that would mean about the larger truths revealed in her book. In The Rigoberta Menchu Controversy, Arturo Arias has assembled a casebook that offers a balanced perspective on the debate. The first section of this volume collects the primary documents -- newspaper articles, interviews, and official statements -- in which the debate raged, many translated into English for the first time. In the second section, a distinguished group of international scholars assesses the political, historical, and cultural contexts of the debate, and considers its implications for such issues as the "culture wars", historical truth, and the politics of memory. Also included is a new essay by David Stoll in which he responds to his critics. 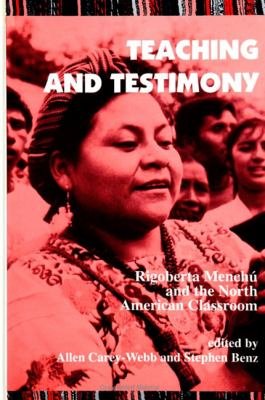 Contains narratives of the experiences of teachers using the testimonial of Rigoberta Menchu, a Guatemalan Indian woman who won the Nobel Peace Prize in 1992. Includes background essays on Menchu and the role of her story in political correctness debates. 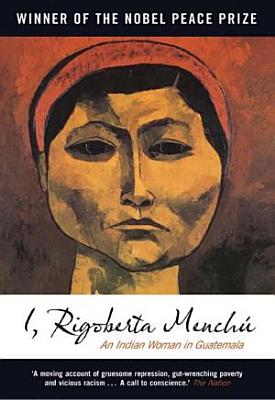 Now a global bestseller, the remarkable life of Rigoberta Menchú, a Guatemalan peasant woman, reflects on the experiences common to many Indian communities in Latin America. Menchú suffered gross injustice and hardship in her early life: her brother, father and mother were murdered by the Guatemalan military. She learned Spanish and turned to catechistic work as an expression of political revolt as well as religious commitment. Menchú vividly conveys the traditional beliefs of her community and her personal response to feminist and socialist ideas. Above all, these pages are illuminated by the enduring courage and passionate sense of justice of an extraordinary woman. 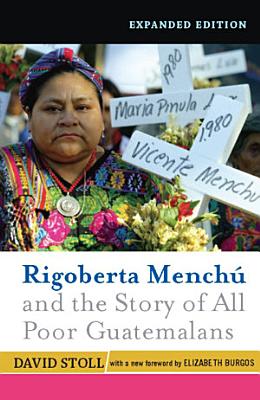 Rigoberta Menchú is a living legend, a young woman who said that her odyssey from a Mayan Indian village to revolutionary exile was “the story of all poor Guatemalans.” By turning herself into an everywoman, she became a powerful symbol for 500 years of indigenous resistance to colonialism. Her testimony, I, Rigoberta Menchú, denounced atrocities by the Guatemalan army and propelled her to the 1992 Nobel Peace Prize. But her story was not the eyewitness account that she claimed. In this hotly debated book, key points of which have been corroborated by the New York Times, David Stoll compares a cult text with local testimony from Rigoberta Menchú's hometown. His reconstruction of her story goes to the heart of debates over political correctness and identity politics and provides a dramatic illustration of the rebirth of the sacred in the postmodern academy.This expanded edition includes a new foreword from Elizabeth Burgos, the editor of I, Rigoberta Menchú, as well as a new afterword from Stoll, who discusses Rigoberta Menchú's recent bid for the Guatemalan presidency and addresses the many controversies and debates that have arisen since the book was first published. 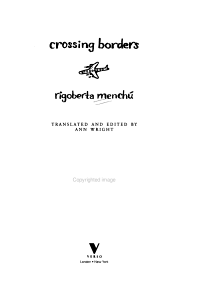 Details the life of the Nobel Peace Prize winner, her flight from Guatemala to Mexico in 1981, and her resolve to dedicate her life to Indian causes 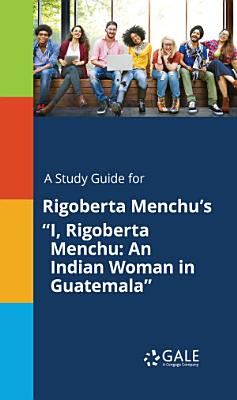 Biography, autobiography, and memoir is among the best ways to teach students to appreciate nonfiction reading. 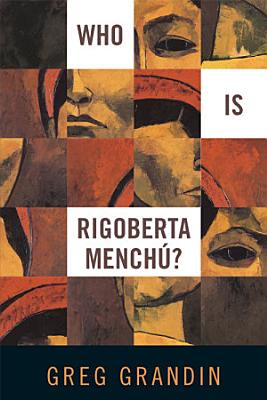 In 1984, indigenous rights activist Rigoberta Menchú published a harrowing account of life under a military dictatorship in Guatemala. That autobiography—I, Rigoberta Menchú—transformed the study and understanding of modern Guatemalan history and brought its author international renown. She won a Nobel Peace Prize in 1992. At that point, she became the target of historians seeking to discredit her testimony and deny US complicity in the genocidal policies of the Guatemalan regime. Told here is the story of an unlettered woman who became the spokesperson for her people and clashed with the intellectual apologists of the world’s most powerful nation. What happened to her autobiography speaks volumes about power, perception and race on the world stage. This critical companion to Menchú’s work will disabuse many readers of the lies that have been told about this courageous individual.

Nobel Peace Prize winner and noted Maya activist Rigoberta Menchú Tum returns to the world of her childhood in The Secret Legacy. This fascinating glimpse into the ancient stories of the Maya is beautifully illustrated by noted Mazatec-Mexican artist Domi.