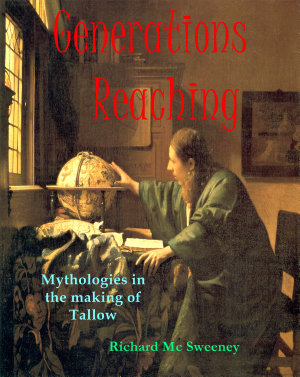 Profound reflections on a sampling of life’s eternal concerns. These treasured mythologies in the making of the town of Tallow and its surroundings date from the third to the eight month of the fourth year into this the 21st century. Tallow is situated off to the south of the River Bride in western county Waterford in the Province of Munster on the lovely island of Ireland. The mythologies came into being in response to concerns that were foremost on the author’s mind at the time. While many of these concerns are as old as humankind itself, some also tend to be more exclusive to the author’s own day. Representative concerns include, for instance, nostalgia for the past, forgotten civilizations, secrets of sacred grounds, items of love and affection, sincerity of profound people, visitors from beyond the clouds, source of conflict and its solution, ancestral connections and destinies, dealing with grand scale temptation, human behaviour that is beneath human dignity, well-intentioned actions and practices which turn out not to be so beneficial for nature. And there is a call to read between the lines: to seek white space knowledge. Generations Reaching (like all the author’s works) is being presented as a time barque for the generations of our future, thence enabling them to know and to come to appreciate the reflections and aspirations that one of their ancestors had with respect to a sampling of life’s eternal concerns while happily living simply and plainly with his wife and two children in a 21st century of his era; happily living simply and plainly in a beautiful border village (poetically) that the people of his day called Tallow, on the lovely isle they called Éire, of the fragile planet they called Earth, of the solar system he called Garden, of the spiral galaxy they called Milky Way, of the thirty galaxies or more they called Local Group, of the beyond and beyond which he called Horizon, and of the that which they called Great Universe. Tallow: (Gaeilge: Tulach an Iarainn) The name Tallow wonderfully suggests the notion of life as consisting of highs and lows, ups and downs all-in-one like the Chinese yinyang concept of perfect harmony. In Gaeilge the name means the ‘hill concealing iron ore’ which symbolically the author has given it to mean: a sacred place of alchemy and transformation for those in search of the highest truths and values. And as the tallow of the candle faithfully supports and yields to the wick that gives light, warmth, and beauty to the household, so too does the natural surroundings of Tallow lovingly support and yield to its inhabitants, by offering them opportunities in the world to be enlightened in their intentions, profound in their words, and honourable in their actions. The fonts and page numbering in this ebook correspond to the 2007 hardback edition. 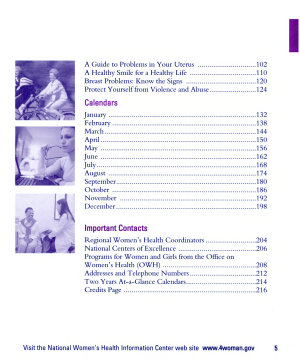 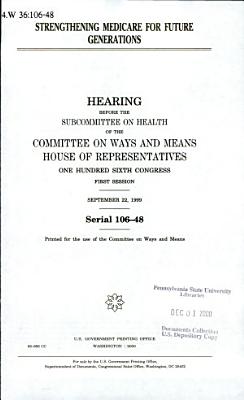 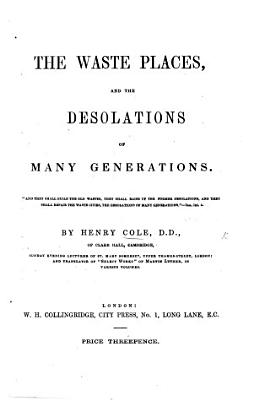 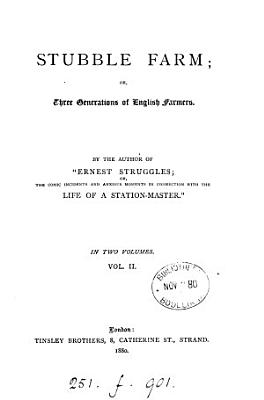 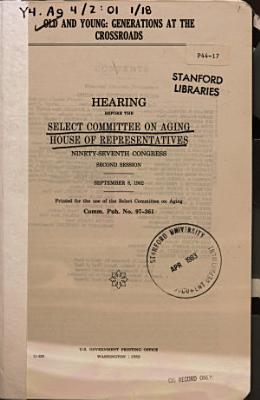 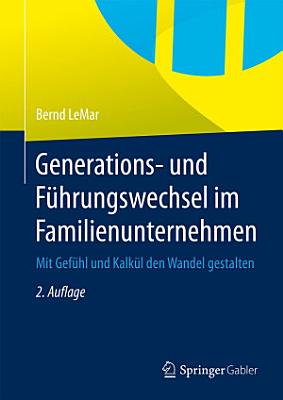 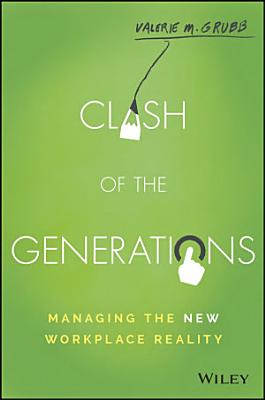 Case studies and strategies for more effective multi-generational management Clash of the Generations explores this new and increasingly common workplace phenomenon, and provides strategies to help managers navigate this ever more complex maze. Traditionally, older workers would retire and make room for the next generation; instead, Baby Boomers are now prolonging their time in the workplace, yet the successive generations are still coming in. Senior leaders are now left to manage a blended workplace comprised of up to four generations—each with their own ideas of work ethic, work/life balance, long-term career goals, and much more. Management is challenging at the best of times, but the new prevalence of generation gaps—sometimes even layered—add an entirely new dimension to an already complex responsibility. This book presents case studies and interviews with representatives of companies with age-diverse workforces, detailing innovative strategies for smoothing out the bumps and helping everyone work together. Managers have long wished that their positions came with an instruction manual, and this book delivers with a host of effective inter-generational management strategies illustrated by real-world companies. Manage the multi-generation workplace more effectively Navigate the generational culture clash Adopt proven strategies for helping everyone get along Promote a more positive culture amidst clashing expectations Every generation in the workplace has value, each has their own strengths, their own weaknesses, and their own unique talents. Each is indispensable, and when they come together as a synergistic force, they can be unstoppable. Effective management means bringing out the best in your workforce, and the strategies presented in Clash of the Generations help you streamline your varied workforce into a team more valuable than the sum of its parts. 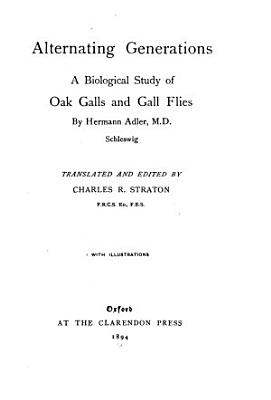 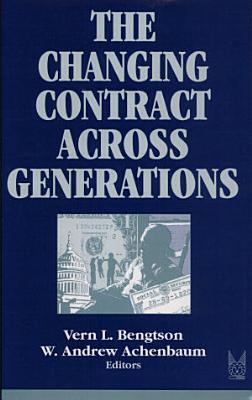 Generational conflict has attracted considerable attention in the media and within academic circles during the past decade. At the center of this collection of papers analyzing various facets of that conflict lie complex issues of generational equity--issues that will remain important for the framing of public policy during the 1990s, What do the young and the middle-aged owe the elderly? In discharging that debt, to what extent are they able to provide for their own old age in a climate of changing notions of welfare? What light do the longer perspectives of history shed on these issues? What role do kinship, gender, and economic status play? The papers commissioned by Bengtson and Achenbaum are intended to give greater analytic rigor to current debates. The volume is interdisciplinary not only by theoretical intent but by the practical imperatives of gerontology. More than a dozen sociologists, economists, historians, demographers, and policy analysts discuss the meanings and ambiguities that are inherent in terms such as "generation," "equity," "compact," "contract," and "conflict," in order to assess how relations between the age groups seem to vary from one sociohistorical context to the next. This distinguished group of contributors raises comparative issues throughout, assessing variations in generational ties by gender, race, class, and geographic location. Several project the extent to which recent changes in the political economy, public philosophy, and demographic structure of most "modern" societies presage greater conflicts, or greater consensus, in family members' relationships and social ties. 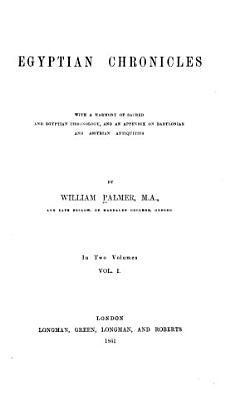 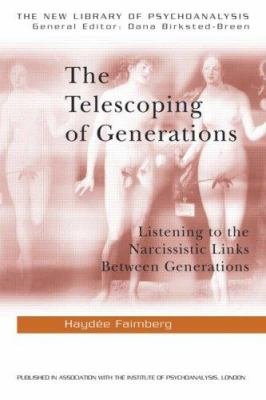 Winner of the 2013 Sigourney Award! The Telescoping of Generations is an original perspective on the transmission of narcissistic links between generations. This attention to unconscious transmission gives fresh understanding of the psychic consequences of experiences such as genocide and terrorism. Reviving classic psychoanalytical concepts with fresh meaning, Haydee Faimberg demonstrates how narcissistic links that pass between generations can be unfolded in the intimacy of the session, through engagement with the patient's private language. The surprising clinical cases described in this book led the author to recognise the analyst's narcissistic resistances to hearing what the patient does say, and what the patient cannot say. Psychoanalysts and psychotherapists treating adults and children, family therapists and those with an interest in cultural studies, will all find The Telescoping of Generations relevant to their work. Haydée Faimberg has received the Haskell Norman International Award for Excellence in Psychoanalysis 2005. 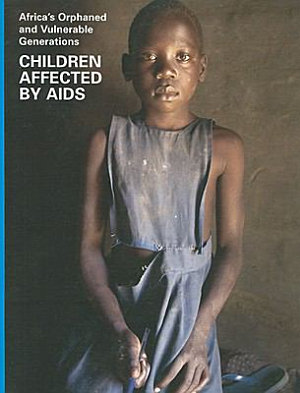 Shows how the AIDS epidemic continues to affect children disproportionately and in many harmful ways, making them more vulnerable than other children, leaving many of them orphaned, and threatening their survival. Released by UNICEF, UNAIDS and PEPFAR, this report contains research on orphans and vulnerable children.