This series is designed to meet the English language needs of learners in a range of vocational specialisations.

Oxford English for Information Technology is a course for students of information technology and computing, or for people already working in the IT sector. It is suitable for use in universities, technical schools and on adult education programmes, with students at intermediate to advanced level who want to improve and extend their language skills in the context of IT. This second edition has been carefully and selectively revised to take account of recent developments in this fast-moving sector, and to ensure that the material is up to date. The new material reflects changes in such as technical specifications, new technologies, and working practices. The glossary has also been updated. 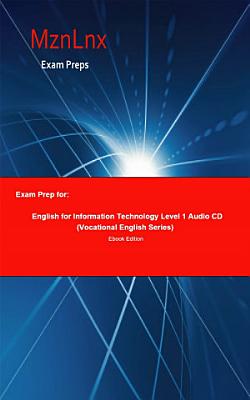 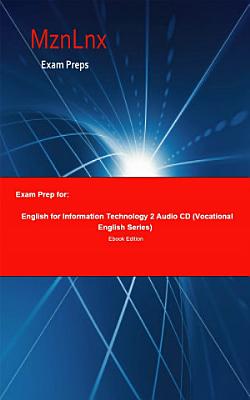 English for IT Vocabulary 2021 Edition (English for Information Technology): All IT-related definitions, slang words, and terms. This is not just a regular dictionary with a bunch of words. In this little vocabulary, we have collected for you only the most helpful words and definitions related to the information technology industry and business English in general. Knowing these words will definitely be useful to all IT specialists (especially beginners), regardless of profession. 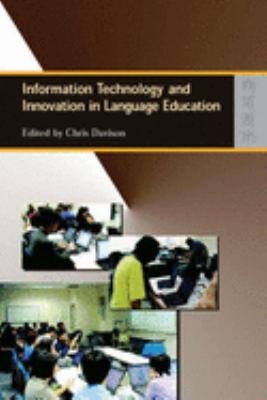 This book presents a critical analysis and investigation of current developments and debates in the use of information technology (IT) in English language teaching (ELT) internationally. The first section of the book provides an overview of the key issues in IT and innovation in English language education such as the complex nature of IT and its use in ELT, both in the present and future, and the often problematic nature of innovation in relation to IT and ELT. It focuses primarily on the level of programs and curricula, looking at the way organizations and educational systems in different countries respond to the so-called “IT imperative.” The second section adopts a more overtly social constructivist perspective to explore examples of innovative practice in IT use in ELT around the world. It tackles issues arising from classroom implementation and pedagogy, looking at the way learners and teachers can and do use IT in their everyday practice. The final section investigates the problems of building a community of professional practice in IT in English language education. It focuses on the level of professional development and teacher education and in doing so, demonstrates how the implementation of IT in schools and classrooms can be enhanced through taking into account key aspects of teachers’ existing contexts and professional practices. Throughout the book, the contributors adopt a constructive but critical perspective on the use of IT in English language education, often challenging its role in developing learner autonomy, its effectiveness in developing language learning and its capacity to enhance pedagogic practice in the language teaching classroom, at the same time suggesting effective models and guidelines for good practice. 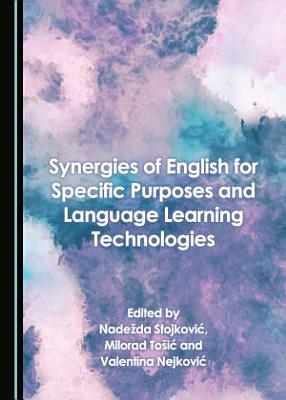 Bilingualism and multilingualism both make a major contribution in cross-cultural interaction, but, at the same time, improve various cognitive abilities, such as better attention and multitasking. Meaning in the world around us is represented by means of the language that is used for communication and knowledge exchange between intelligent individuals. The phenomena of human interaction and communication are recently experiencing unprecedented influence from digital technologies. Language learning is part of the global revolution, meaning that language learning technologies are playing an increasingly important role in learning English for Specific Purposes. This volume addresses theoretical and practical aspects of learning, technology adoption and pedagogy in the context of English for Specific Purposes.

CEF Levels: A1, A2 and B1. Career Paths English: Information Technology is a new educational resource for technology professionals who want to improve their English communication skills in a work environment. Incorporating career-specific vocabulary and contexts, each unit offers step-by-step instruction that immerses students in the four key language components: reading, listening, speaking, and writing. Career Paths English: Information Technology addresses topics including computer components, accessories, software, Internet security, web design and the future of the industry. The series is organized into three levels of difficulty and offers over 400 vocabulary terms and phrases. Every unit includes a test of reading comprehension, vocabulary, and listening skills, and leads students through written and oral production. Included Features: A variety of realistic reading passages; Career-specific dialogues; 45 reading and listening comprehension checks; Over 400 vocabulary terms and phrases; Guided speaking and writing exercises; Complete glossary of terms and phrases. The Teacher's book contains full answer key and audio scripts. The audio CDs contain all recorded material in British English. 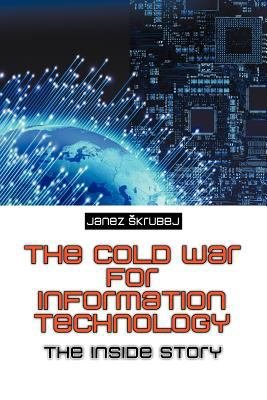 The Cold War for Information Technology is a captivating new book that uncovers a little-known but vital battle to gain control over IT development that took place in the final two decades of the 20th century. As you might expect, intelligence agencies from the United States, the Soviet Union, India, and China all played major roles. However, remarkably, an IT company from Tito's unaligned Yugoslavia called Iskra Delta wound up right in the middle of this epic struggle to control IT. For despite its small size, Iskra Delta obtained permission from the U.S. to work through the U.S. embargo that at the time prohibited exporting information technology to the East. Being at a kind of digital crossroads for the East and West gave the company a massive influence that belied its small size. By 1986 the tiny Yugoslav IT company had built one of the largest computer networks in the world for the Chinese police. But Iskra Delta's innovativeness would ultimately draw it into the center of the international struggle to control the emerging IT world with presidents of the Soviet Union, China and India personally paying a visit.Suddenly the company was in the crosshairs of international intelligence agencies like the CIA and the KGB. Author Janez Skrubej was managing Iskra Delta during the time all of this was taking place and witnessed The Cold War for Information Technology first hand. This book is his story. Janez Skrubej is a retired IT professional and MIT alumnus who lives in the picturesque village of Rudolfovo, Slovenia. When he is not writing, Janez enjoys keeping up with the latest IT news and making his own plum brandy. Publisher's website: http: //sbpra.com/JanezSkrube