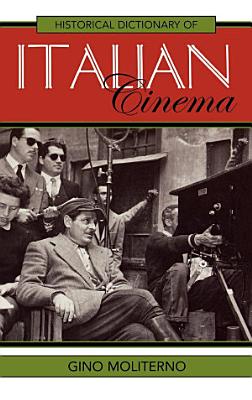 The Historical Dictionary of Italian Cinema provides a better understanding of the role Italian cinema has played in film history through a chronology, an introductory essay, a bibliography, appendixes, black-&-white photos, and hundreds of cross-referenced dictionary entries on actors, actresses, movies, producers, organizations, awards, film credits, and terminology. 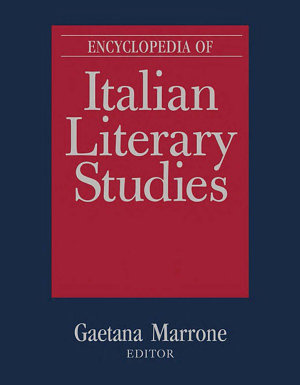 The Encyclopedia of Italian Literary Studies is a two-volume reference book containing some 600 entries on all aspects of Italian literary culture. It includes analytical essays on authors and works, from the most important figures of Italian literature to little known authors and works that are influential to the field. The Encyclopedia is distinguished by substantial articles on critics, themes, genres, schools, historical surveys, and other topics related to the overall subject of Italian literary studies. The Encyclopedia also includes writers and subjects of contemporary interest, such as those relating to journalism, film, media, children's literature, food and vernacular literatures. Entries consist of an essay on the topic and a bibliographic portion listing works for further reading, and, in the case of entries on individuals, a brief biographical paragraph and list of works by the person. It will be useful to people without specialized knowledge of Italian literature as well as to scholars. 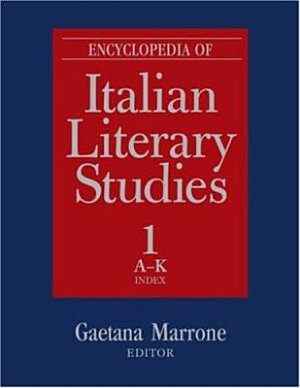 Containing almost 600 entries, this impressive 2-volume reference presents detailed and authoritative treatment of the field of Italian literature, with attention both to the work and influence of individual writers of all genres and to movements, styles, and critical approaches. 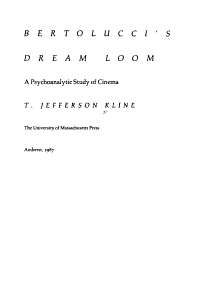 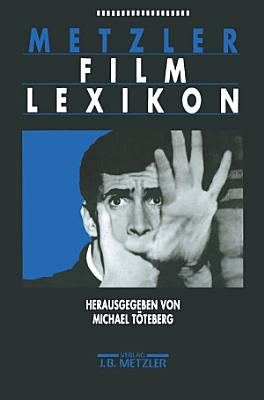 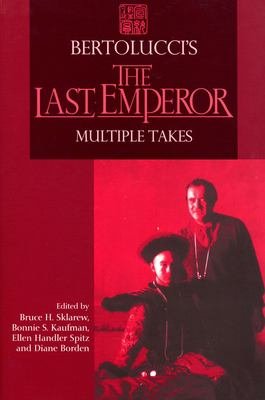 In this anthology, filmmakers, psychoanalysts, film scholars, and cultural historians use a psychoanalytic approach to examine Bernardo Bertolucci's epic film The Last Emperor (I988). Evolving out of a conference on Bertolucci's work,the essays interweave psychological, political, and cinematic themes in The Last Emperor as well as in much of Bertolucci's other works. This volume includes a foreword by Bernardo Bertolucci and is organized into four parts or "takes," including "Filmcraft," "Psychoanalysis," "Film Scholarship," and "Cultural History." Although we can never fully know the real Aisingioro Pu Yi, Bertolucci used his vision of the intricate relationship between art, ideology, and the psychic experience to tell the story of one ordinary man's extraordinary life. Bertolucci's The Last Emperor hopes to illuminate this complex and often enigmatic creation as well as renew an excitement about the possibilities of interdisciplinary criticism in film studies. 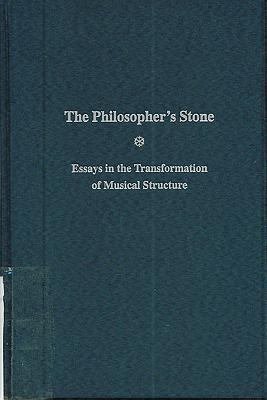 The Philosopher's Stone is a collection of case studies in compositional process; not so much about how the music was arrived at through its sketch stages, but more are construction of issues of form as the defining features of a genre, and structure as the individual realization in a particular work. Great musical movements and works are seen as highly creative solutions to problem-solving. The contexts of the works differ considerably. Some were written against the background of a specific precedent or model, as with Mozart's Haydn quartets via Haydn's Op. 33 set. In other cases, as with Beethoven's middle period style, the composer reconsiders a comprehensive range of implications about style and construction, of how, after earlier successes now outworn, to make a new and significant contribution to the genre without duplicating earlier solutions. The essays are grouped into three sections: on Beethoven studies, Mozart in retrospect, and nineteenth-century music. All the movements and works in these chapters pose in their different ways these issues of structural reinterpretation and re-formation, where the reworking of the form leads to a distinctive and higher level transformation 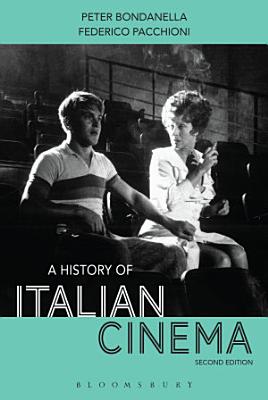 A History of Italian Cinema, 2nd edition is the much anticipated update from the author of the bestselling Italian Cinema - which has been published in four landmark editions and will celebrate its 35th anniversary in 2018. Building upon decades of research, Peter Bondanella and Federico Pacchioni reorganize the current History in order to keep the book fresh and responsive not only to the actual films being created in Italy in the twenty-first century but also to the rapidly changing priorities of Italian film studies and film scholars. The new edition brings the definitive history of the subject, from the birth of cinema to the present day, up to date with a revised filmography as well as more focused attention on the melodrama, the crime film, and the historical drama. The book is expanded to include a new generation of directors as well as to highlight themes such as gender issues, immigration, and media politics. Accessible, comprehensive, and heavily illustrated throughout, this is an essential purchase for any fan of Italian film. 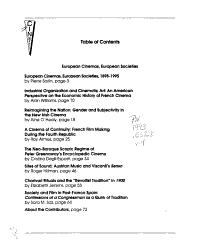 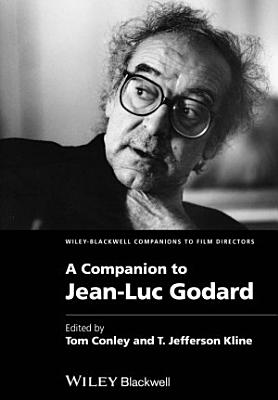 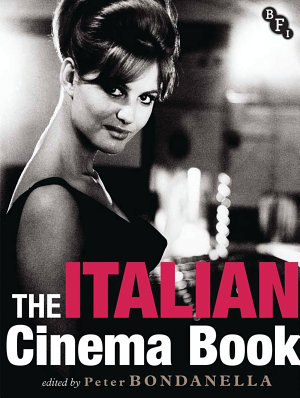 THE ITALIAN CINEMA BOOK is an essential guide to the most important historical, aesthetic and cultural aspects of Italian cinema, from 1895 to the present day. With contributions from 39 leading international scholars, the book is structured around six chronologically organised sections: THE SILENT ERA (1895–22) THE BIRTH OF THE TALKIES AND THE FASCIST ERA (1922–45) POSTWAR CINEMATIC CULTURE (1945–59) THE GOLDEN AGE OF ITALIAN CINEMA (1960–80) AN AGE OF CRISIS, TRANSITION AND CONSOLIDATION (1981 TO THE PRESENT) NEW DIRECTIONS IN CRITICAL APPROACHES TO ITALIAN CINEMA Acutely aware of the contemporary 'rethinking' of Italian cinema history, Peter Bondanella has brought together a diverse range of essays which represent the cutting edge of Italian film theory and criticism. This provocative collection will provide the film student, scholar or enthusiast with a comprehensive understanding of the major developments in what might be called twentieth-century Italy's greatest and most original art form. 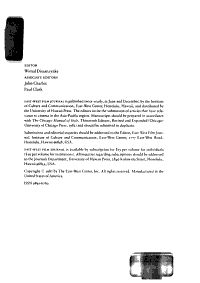 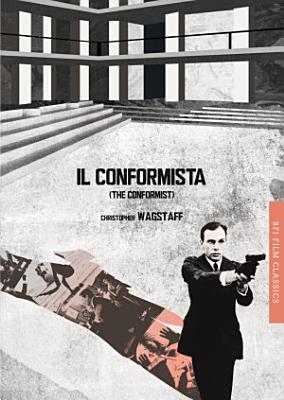 Il Conformist has mesmerised audiences by Bertulocci's mastery of the telling, the beauty of the images, the camera work, its soundtrack, and the intensity with which the characters convey powerful psychic energies. This unique European film classic deserves no less the unique perspective brought to it here by Christopher Wagstaff's expert eye. 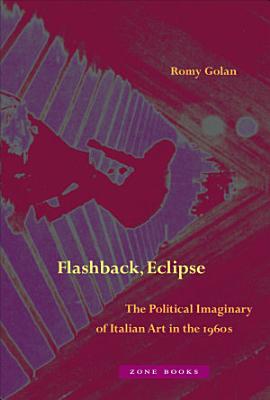 From a leading art historian, a provocative exploration of the intersection of art, politics, and historical memory in 1960s Italy. Flashback, Eclipse is a groundbreaking study of 1960s Italian art and its troubled but also resourceful relation to the history and politics of the first part of the twentieth century and the aftermath of World War II. Most analyses have treated the 1960s in Italy as the decade of “presentism” par excellence, a political decade but one liberated from history. Romy Golan, however, makes the counterargument that 1960s Italian artists did not forget Italian and European history but rather reimagined it in oblique form. Her book identifies and explores this imaginary through two forms of nonlinear and decidedly nonpresentist forms of temporality—the flashback and the eclipse. In view of the photographic and filmic nature of these two concepts, the book’s analysis is largely mediated by black-and-white images culled from art, design, and architecture magazines, photo books, film stills, and exhibition documentation. The book begins in Turin with Michelangelo Pistoletto’s Mirror Paintings; moves on to Campo urbano, a one-day event in the city of Como; and ends with the Vitalità del Negativo exhibition in Rome. What is being recalled and at other moments occluded are not only episodes of Italian nationalism and Fascism but also various liberatory moments of political and cultural resistance. The book’s main protagonists are, in order of appearance, artists Michelangelo Pistoletto and Giosetta Fioroni, photographer Ugo Mulas, Ettore Sottsass (as critic rather than designer), graphic designer Bruno Munari, curators Luciano Caramel and Achille Bonito Oliva, architect Piero Sartogo, Carla Lonzi (as artist as much as critic), filmmakers Michelangelo Antonioni and Bernardo Bertolucci, and, in flashback among the departed, painter Felice Casorati, writer Massimo Bontempelli, art historian Aby Warburg, architect Giuseppe Terragni, and Renaissance friar-philosopher-mathematician Giordano Bruno (as patron saint of the sixty-eighters).