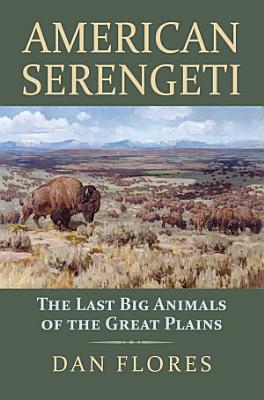 America’s Great Plains once possessed one of the grandest wildlife spectacles of the world, equaled only by such places as the Serengeti, the Masai Mara, or the veld of South Africa. Pronghorn antelope, gray wolves, bison, coyotes, wild horses, and grizzly bears: less than two hundred years ago these creatures existed in such abundance that John James Audubon was moved to write, “it is impossible to describe or even conceive the vast multitudes of these animals.” In a work that is at once a lyrical evocation of that lost splendor and a detailed natural history of these charismatic species of the historic Great Plains, veteran naturalist and outdoorsman Dan Flores draws a vivid portrait of each of these animals in their glory—and tells the harrowing story of what happened to them at the hands of market hunters and ranchers and ultimately a federal killing program in the nineteenth and twentieth centuries. The Great Plains with its wildlife intact dazzled Americans and Europeans alike, prompting numerous literary tributes. American Serengeti takes its place alongside these celebratory works, showing us the grazers and predators of the plains against the vast opalescent distances, the blue mountains shimmering on the horizon, the great rippling tracts of yellowed grasslands. Far from the empty “flyover country” of recent times, this landscape is alive with a complex ecology at least 20,000 years old—a continental patrimony whose wonders may not be entirely lost, as recent efforts hold out hope of partial restoration of these historic species. Written by an author who has done breakthrough work on the histories of several of these animals—including bison, wild horses, and coyotes—American Serengeti is as rigorous in its research as it is intimate in its sense of wonder—the most deeply informed, closely observed view we have of the Great Plains’ wild heritage.

The future of America's last great wilderness becomes a battleground in this timely novel which pits Molly Marlowe, a dynamic and calculating energy expert against Joe Wardrop, a charismatic scientist and wildlife defender. Arguing their viewpoints before a Senate committee gives them national prominence. Behind the scenes in this public battle business leaders, bankers, conservative congressmen and a new administration try to plunder the country's natural resources for personal gain. How this clash plays out is seen through the eyes of five players: Marlowe, the ambitious energy expert under threat from her unscrupulous boss Robert Rangewell; Joe Wardrop who leads the forces of environmental resistance; Bob Drysdale, a media mogul and conservationist who tackles corrupt political forces, and conservative Senate Energy Committee leader, Karl Krause. Challenged by Wardrop to see the Alaskan National Wildlife Refuge for herself, Marlowe leaves her comfortable and successful urban life for the wilderness of the far North. It's beauty and harmony astound her and steal her away from the growing corruption she discovers behind the drilling plan, cloaked from the public as necessary for the country's energy independence. With Wardrop's help, Marlowe chooses to help save the peaceful and fragile serenity of this American Serengeti. But she cannot outrun the brutality and intrigue of her past life -she must act quickly before she becomes a casualty of the war between exploitation and Mother Nature. Spanning the streets of Manhattan, London and Washington and the vast landscapes of Montana and Alaska, American Serengeti is a taut timely political thriller that both entertains and enlightens. 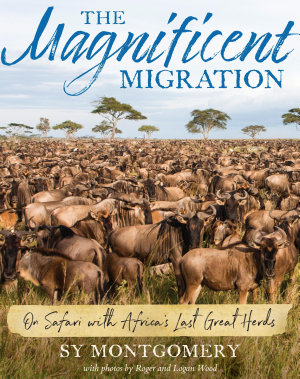 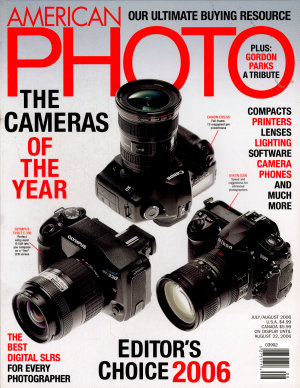 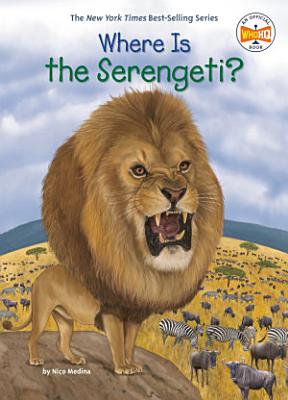 If you've never known what a wildebeest is, you'll find out now in this latest Where? Is title about the Serengeti. Each year, over 1.5 million wildebeest make a harrowing journey (more than one thousand miles!) between Tanzania and Kenya. They are in search of new land to graze. Even if these creatures avoid vicious attacks from lions and crocodiles, they could still fall prey to thirst, hunger, and exhaustion. This book not only follows the exciting Migration, but also tells about the other creatures and peoples that co-exist along these beautiful landscapes of the Serengeti. 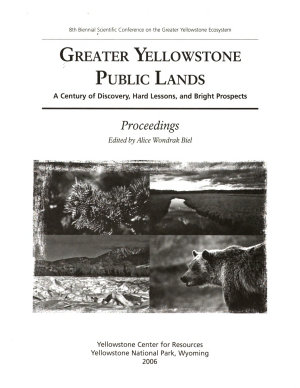 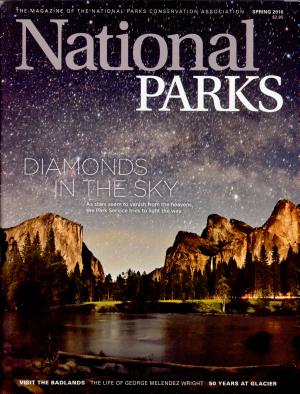 The flagship publication of the National Parks Conservation Association, National Parks Magazine (circ. 340,000) fosters an appreciation of the natural and historic treasures found in the national parks, educates readers about the need to preserve those resources, and illustrates how member contributions drive our organization's park-protection efforts. National Parks Magazine uses images and language to convey our country's history and natural landscapes from Acadia to Zion, from Denali to the Everglades, and the 387 other park units in between. 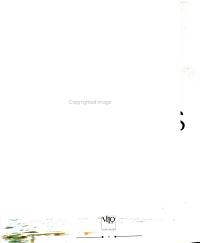 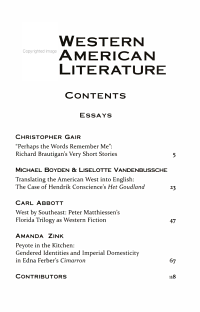 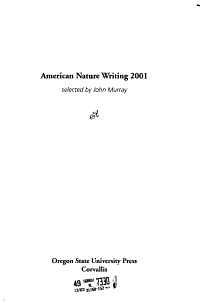 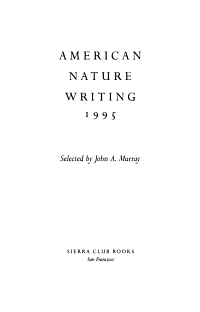 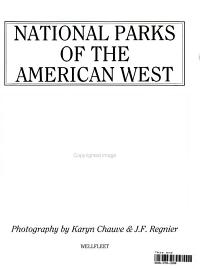 A tour of the scenic parks and national monuments of the American west, including Utah, Texas, New Mexico, the Dakotas, and other states 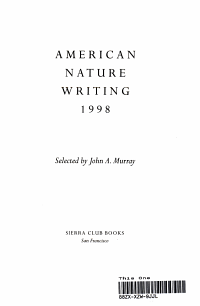 This newest in the Sierra Club's acclaimed Nature Writing series includes autobiographical writings, essays, short stories, and poetry that communicate a passion for nature which enhances our appreciation of a wide range of landscapes and wildlife. Diverse in mood and setting, the 19 selections, including 7 in print for the first time, represent the best of the genre. Contributors include Rick Bass, Barry Lopez, Terry Tempest Williams and many others. 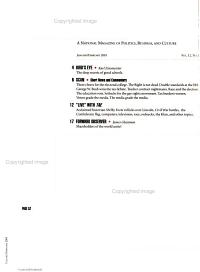