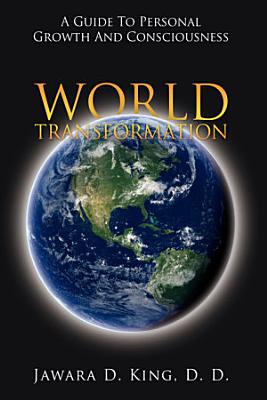 "Courage on Bataan and Beyond" is a comprehensive story about Abel F. Ortega's life during the Bataan Death March and Japanese imprisonment written by his son. Abel will take the reader with him from his childhood days when he would sit in a rocking chair and dream about the Far East to defending the Bataan Peninsula in a last ditch effort to keep the Japanese from taking the Philippines. Abel narrates how his family's prayers and his faith in God helped him to survive the infamous Bataan Death March, three-and-a-half years as a POW and two Hell Ship Voyages. This book will evoke both laughter and tears as one follows Abel from captivity to liberation. In his three-and-a-half years as a POW, he endured near starvation, hard labor, torture and the indescribable and inhumane cruelty from his captors before being set free August 15th, 1945. There were very few POW's who survived the Japanese brutality of Bataan and their following captivity, and of these, not many are still with us. Today at 85, Abel feels his story needs to be told so that the brave soldiers of Bataan will not be forgotten once again. 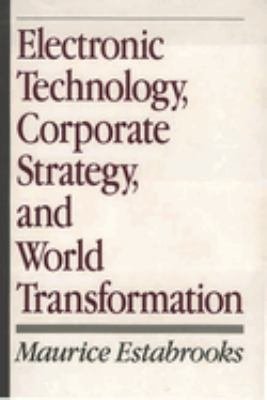 Describes the transformations taking place in business and the world economy through the application of electronic technologies, and provides corporate management with ways to incorporate their understandings of these developments into new business strategies. 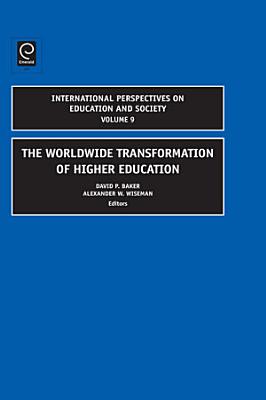 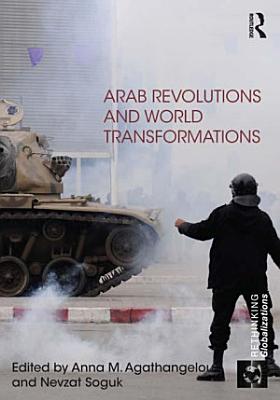 Stories about institutions and regimes that have failed us are echoing worldwide. This book critically engages the multiple uprisings in the Middle East and North Africa (MENA) following the self-immolation of Tunisian street vendor Mohamed Bouazizi in December 2010. It brings together authors who critically analyse the unstoppable force unleashed in the streets of Tunisia, Egypt, Bahrain, Syria, Libya and Yemen. This book analyses the roots and trajectory of the recent revolts in the context of the global transformations that have redefined the politics of movement and revolution. For example, some authors engage extensively with the strategies embraced by the younger generation of activists. Others argue that the power of these revolutions lies in the people’s creative orientations including their collaborations. While much of the mobilization efforts in these different parts of the world happen through word of mouth, radio, cartoons, placards, and SMS services; sites such as Facebook helped people meet each other with a click, carrying their claims through stories, songs, poetry and art of protest across international borders quickly enabling them to rapidly bring authoritarian regimes to the brink of collapse and make a qualitatively different expression of uprisings. All authors in this volume address the question of the stakes in these revolts, as through them, spectacular and everyday violence can be challenged, and alternative social projects can emerge. Neither a footnote to the West's history, nor an appendix to neoliberal capitalist global projects, people are actively drawing on their power to disrupt domination and oppression, creatively responding to global problems and calling for democratic institutions with viable ecologies. This book was published as a special issue of Globalizations. 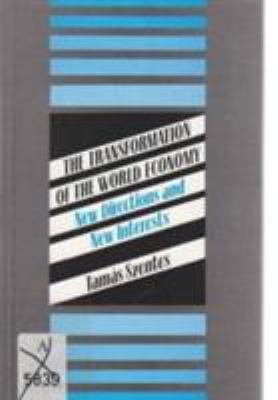 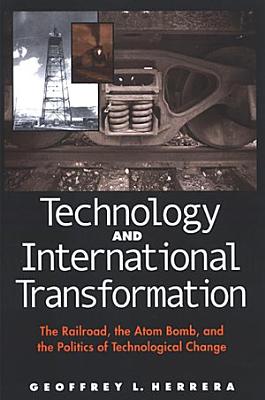 Examines the interrelation between technology and international politics since the nineteenth century. 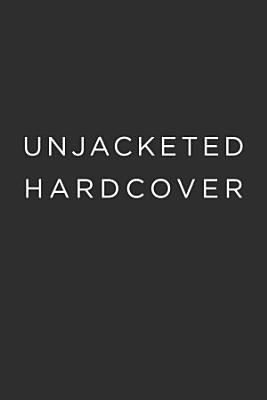 This title is part of UC Press's Voices Revived program, which commemorates University of California Press’s mission to seek out and cultivate the brightest minds and give them voice, reach, and impact. Drawing on a backlist dating to 1893, Voices Revived makes high-quality, peer-reviewed scholarship accessible once again using print-on-demand technology. This title was originally published in 1966. 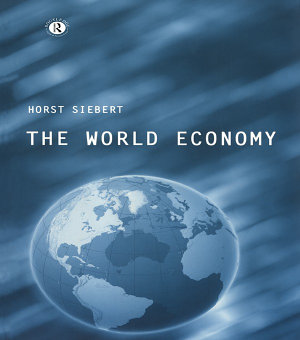 The World Economy provides an analysis of global economic structures and processes. Horst Siebert breaks new round in taking the widest possible view of the world economy and examining it as a truly global entity. Individual chapters provide a comprehensive, state-of-the-art overview of core issues and themes, including world GDP, world aggregate demand, economic growth, the role of trade, global product and factor markets, world monetary and financial markets and exchange rates, regional integration: NAFTA and the European Union. The book also explores potential conflicts between: *national interests and global concerns *trade policy versus free trade *locational competition amongst states ^The World Economy also provides authoritative overviews of the most recent developments in global economics, from EMU to the East Asian crisis. 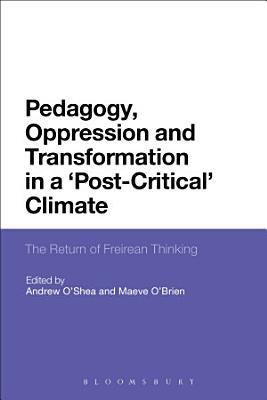 Pedagogy, Oppression and Transformation in a 'Post-Critical' Climate provides an urgent reflection on Freire's work, in particular his central principles of pedagogy and praxis, offering a variety of critical responses from philosophical, sociological and egalitarian perspectives. The editors explore whether Freire's revolutionary work has stood the test of time and its relevance to educational discourses today - discourses that frequently contest the ontological and historical aspects of human development While Freire's work emerged as a response to the problem of providing a transformative educational praxis for justice and equality within a specific cultural and economic milieu, Pedagogy, Oppression and Transformation in a 'Post-Critical' Climate seeks to explore the value and possibilities of transformative praxis in perpetually diverse educational settings and within an increasingly divided globalised world. By building on the earlier emancipatory approach of Freire's Pedagogy of the Oppressed, it creates an international conversation between academics, educational practitioners and community activists for a new generation. 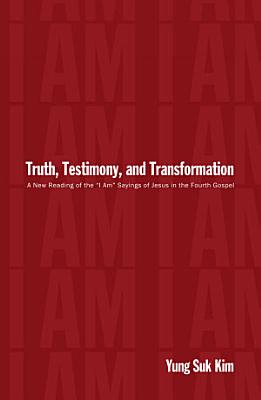 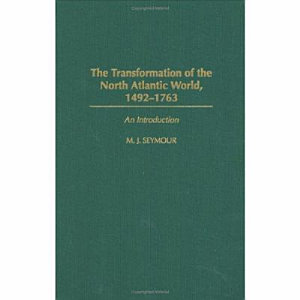 Details how a century of virtual Iberian monopoly in Atlantic empire became displaced by an Anglophone hegemony by 1763. 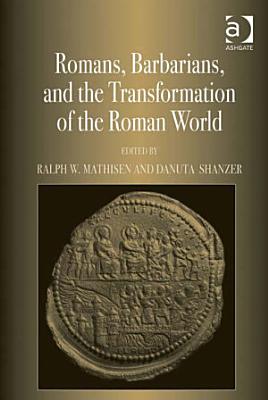 One of the most significant transformations of the Roman world in Late Antiquity was the integration of barbarian peoples into the social, cultural, religious, and political milieu of the Mediterranean world. The nature of these transformations was considered at the sixth biennial Shifting Frontiers in Late Antiquity Conference, at the University of Illinois at Urbana-Champaign in March of 2005, and this volume presents an updated selection of the papers given on that occasion, complemented with a few others,. These 25 studies do much to break down old stereotypes about the cultural and social segregation of Roman and barbarian populations, and demonstrate that, contrary to the past orthodoxy, Romans and barbarians interacted in a multitude of ways, and it was not just barbarians who experienced "ethnogenesis" or cultural assimilation. The same Romans who disparaged barbarian behavior also adopted aspects of it in their everyday lives, providing graphic examples of the ambiguity and negotiation that characterized the integration of Romans and barbarians, a process that altered the concepts of identity of both populations. The resultant late antique polyethnic cultural world, with cultural frontiers between Romans and barbarians that became increasingly permeable in both directions, does much to help explain how the barbarian settlement of the west was accomplished with much less disruption than there might have been, and how barbarian populations were integrated seamlessly into the old Roman world. 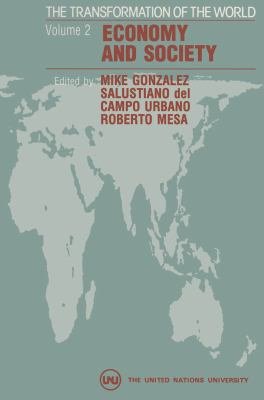 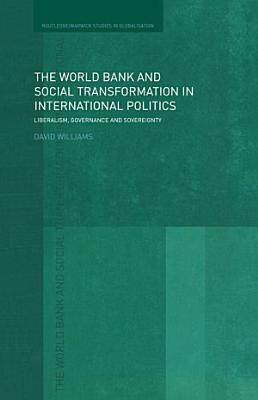 In the 1990s the World Bank changed its policy to take the position that the problems of poverty and governance are inextricably linked, and improving the governance of its borrower countries became increasingly accepted as a legitimate and important part of the World Bank's development activities. This book examines why the World Bank came to see good governance as important and evaluate what the World Bank is doing to improve the governance of its borrower countries. David Williams examines changing World Bank policy since the late 1970s to show how a concern with good governance grew out of the problems the World Bank was experiencing with structural adjustment lending, particularly in Sub-Saharan Africa. The book provides an account of the early years of the World Bank and traces the increasing acceptance of the idea of good governance within the Bank through the 1990s, while systematically relating the policies of good governance to liberalism. The author provides a detailed case study of World Bank lending to Ghana to demonstrate what the attempt to improve 'governance' looks like in practice. Williams assesses whether the World Bank has been successful in its attempts to improve governance, and draws out some of the implications of the argument for how we should think about sovereignty, for how we should understand the connections between liberalism and international politics. This book will be of interest to students and scholars of international relations, politics, economics, development and African studies.