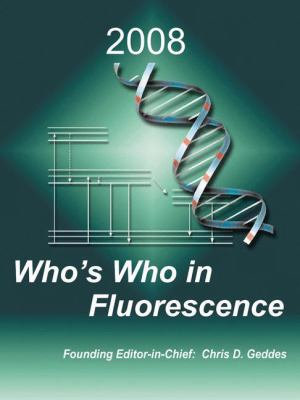 th The Who’s Who in Fluorescence 2008 is the 6 Volume of the Who’s Who Series. The previous five volumes (2003 - 2007) have been very well received indeed, with 1000’s of copies being distributed around the world, through conferences and workshops, as well as through internet book sites. Recently, the WWiF Volume was th disseminated at the 10 MAFS conference in Salzburg, Austria. The Volume was very well received indeed. We subsequently thank Professor Otto Wolfbeis for help in disseminating the Volume at the MAFS venue. This new 2008 Volume features some 418 entries from no fewer than 38 countries worldwide, as compared to 405 entries (35 different countries) in 2007 and 366 entries in the 2006 volume, respectively. We have received 31 new entries this year, and deleted 18 entries that were not updated by contributors from past years. In 2007 some 106 AIM numbers were submitted and listed, 88 the year before. This year, the number submitted has risen again to 129 entries, greater than 30 % of all contributors. In addition, the Volume has a continued strong company support, which will enable us to further disseminate the Volume in 2008-2009. In this regard we especially thank the instrumentation companies for their continued support, where without their financial contributions, it is likely that the Volume would not be the success it is today. The new WWiF website was also launched in August 2007. The website features all the latest WWiF templates and submission information. 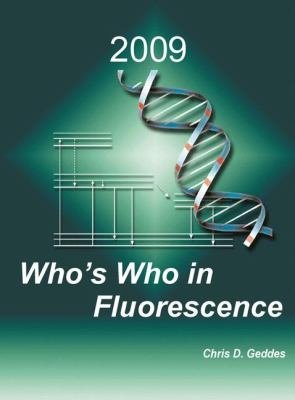 th The Who’s Who in Fluorescence 2009 is the 7 volume of the Who’s who series. The previous six volumes (2003 – 2008) have been very well received by the fluorescence community, with 1000’s of copies being distributed around the world, through conferences and workshops, as well as through internet book sites. In addition, the Institute of Fluorescence (http://theinstituteoffluorescence.com/) mailed 100’s of copies of the 2008 volume to contributors around the world. This new 2009 volume features some 419 entries from no fewer than 41 countries worldwide, as compared to 418 entries (38 different countries) in 2008 and 405 entries in the 2007 volume, respectively. We have received 29 new entries this year, and deleted 25 entries that were not updated by contributors from past years. In 2008, 129 AIM numbers were submitted as compared to 106 in 2007. This year the number has risen again to 136 AIM numbers submitted. This year we also see the introduction of the h-index number listing, a publication statistic provided by the Thompson’s ISI Web of Science. Some 42 contributors provided their h-numbers. In 2009 we also see a continued and strong company support, in light of the current world economic climate, which will enable us to further disseminate the volume in 2009– 2010. In this regard we especially thank the instrumentation companies for their continued support, where without their financial contributions, it is likely that the volume would not be the success it is today. 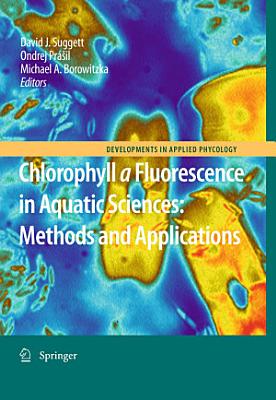 Measurements of variable chlorophyll fluorescence have revolutionised global research of photosynthetic bacteria, algae and plants and in turn assessment of the status of aquatic ecosystems, a success that has partly been facilitated by the widespread commercialisation of a suite of chlorophyll fluorometers designed for almost every application in lakes, rivers and oceans. Numerous publications have been produced as researchers and assessors have simultaneously sought to optimise protocols and practices for key organisms or water bodies; however, such parallel efforts have led to difficulties in reconciling processes and patterns across the aquatic sciences. This book follows on from the first international conference on “chlorophyll fluorescence in the aquatic sciences” (AQUAFLUO 2007): to bridge the gaps between the concept, measurement and application of chlorophyll fluorescence through the synthesis and integration of current knowledge from leading researchers and assessors as well as instrument manufacturers. 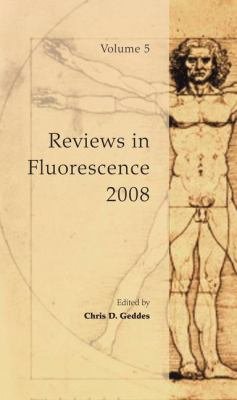 This volume serves as a comprehensive collection of current trends and emerging hot topics in the field of fluorescence spectroscopy. It summarizes the year’s progress in fluorescence and its applications as well as includes authoritative analytical reviews. 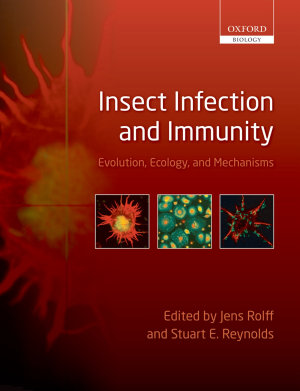 Under continual attack from both microbial pathogens and multicellular parasites, insects must cope with immune challenges every day of their lives. However, this has not prevented them from becoming the most successful group of animals on the planet. Insects possess highly-developed innate immune systems which have been fine-tuned by an arms race with pathogens spanning hundreds of millions of years of evolutionary history. Recent discoveries are revealing both an unexpected degree of specificity and an indication of immunological memory - the functional hallmark of vertebrate immunity. The study of insect immune systems has accelerated rapidly in recent years and is now becoming an important interdisciplinary field. Furthermore, insects are a phenomenally rich and diverse source of antimicrobial chemicals. Some of these are already being seriously considered as potential therapeutic agents to control microbes such as MRSA. Despite a burgeoning interest in the field, this is the first book to provide a coherent synthesis and is clearly structured around two broadly themed sections: mechanisms of immunity and evolutionary ecology. This novel text adopts an interdisciplinary and concept-driven approach, integrating insights from immunology, molecular biology, ecology, evolutionary biology, parasitology, and epidemiology. It features contributions from an international team of leading experts. Insect Infection and Immunity is suitable for both graduate students and researchers interested in insect immunity from either an evolutionary, genetical, physiological or molecular perspective. Due to its interdisciplinary and concept-driven approach, it will also appeal to a broader audience of immunologists, parasitologists and evolutionary biologists requiring a concise overview. 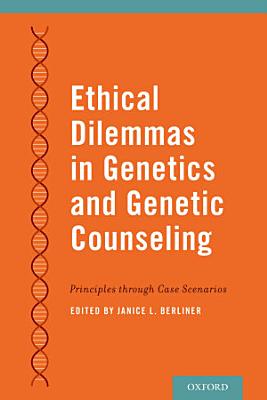 Knowledge of the genetic basis of human diseases is growing rapidly, with important implications for pre-conceptional, prenatal, and predictive testing. While new genetic testing offers better insight into the causes of and susceptibility for heritable diseases, not all inherited diseases that can be predicted on the basis of genetic information can be treated or cured. Should we test everyone who wants to know his or her genetic status, even when there are no possibilities for treatment? What is the role of the "right-not-to-know?" Do we test children for adult onset disorders because the parents just "have to know" or do we respect the children's right to choose when they are older? Do we allow commercial companies to offer genetic tests directly to consumers without the proper oversight regarding what the test results will mean? By using a creative approach that focuses on a single extended family as a case example to illustrate each chapter's key point, the authors elucidate ethical issues arising in the genetics clinic and laboratory surrounding many timely issues, including: · prenatal and pre-implantation genetic diagnosis · assisted reproductive technologies · incidental findings in genetic testing · gene patenting · testing children for adult onset disorders · direct to consumer testing Ethical Dilemmas in Genetic Counseling: Principles through Case Scenarios is essential reading for anyone interested in the ethical issues surfacing in common genetics practice. Written exclusively by genetic counselors, it makes a significant contribution to the field of ethics in genetics and thus will appeal not only to genetic counselors but to physicians, nurses, and all those concerned with bioethics and social science. 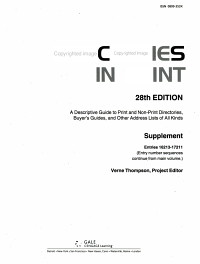 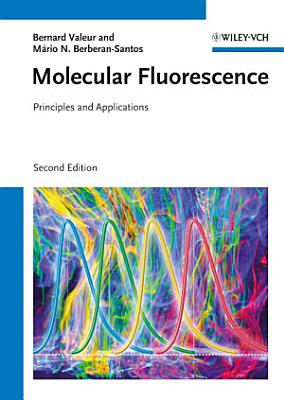 This second edition of the well-established bestseller is completely updated and revised with approximately 30 % additional material, including two new chapters on applications, which has seen the most significant developments. The comprehensive overview written at an introductory level covers fundamental aspects, principles of instrumentation and practical applications, while providing many valuable tips. For photochemists and photophysicists, physical chemists, molecular physicists, biophysicists, biochemists and biologists, lecturers and students of chemistry, physics, and biology.

A biographic reference to notable people in Australia. Entrants are drawn from all areas of Australian life, including the arts, politics, education, medicine, defence, business, diplomatic service, and recipients of honours and awards. 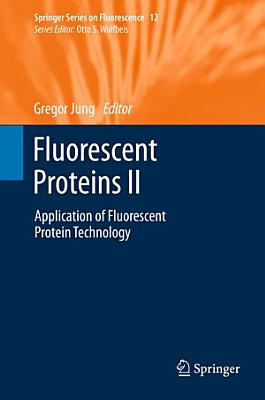 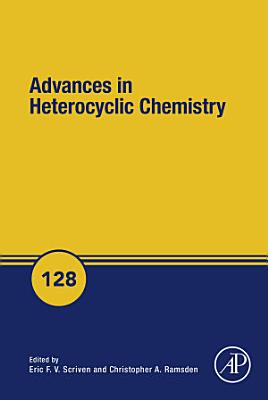 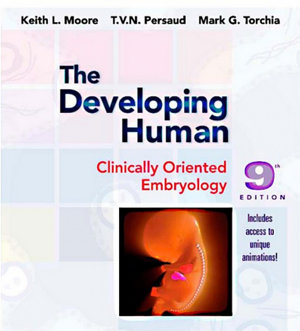 The Developing Human: Clinically Oriented Embryology, by Drs. Keith L. Moore, T.V.N. Persaud, and Mark G. Torchia, delivers the world’s most complete, visually rich, and clinically oriented coverage of this complex subject. Written by some of the world’s most famous anatomists, it presents week-by-week and stage-by-stage views of how fetal organs and systems develop, why and when birth defects occur, and what roles the placenta and fetal membranes play in development. Acquire a detailed grasp of human embryology with the world’s most comprehensive, richly illustrated, and clinically oriented coverage from a cadre of leading world authorities. Effectively prepare for exams with review questions and answers at the end of each chapter. Understand all of the latest advances in embryology, including normal and abnormal embryogenesis, causes of birth defects, and the role of genes in human development. See how discoveries in molecular biology have affected clinical practice, including the development of sophisticated new techniques such as recumbent DNA technology and stem cell manipulation. Prepare for the USMLE Step 1 with clinical case presentations, highlighted in special boxes, that demonstrate how embryology concepts relate to clinical practice. 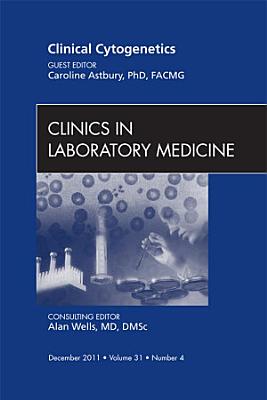 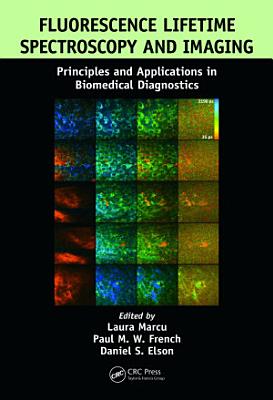 During the past two decades, there has been an increasing appreciation of the significant value that lifetime-based techniques can add to biomedical studies and applications of fluorescence. Bringing together perspectives of different research communities, Fluorescence Lifetime Spectroscopy and Imaging: Principles and Applications in Biomedical Dia