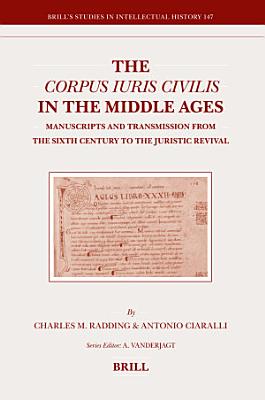 This book traces the history of Justinian's Institutes, Code, and Digest from late antiquity to the juristic revival of the late eleventh century. It includes extensive discussion of manuscripts and other evidence, and plates of many important manuscripts that have never before been reproduced. 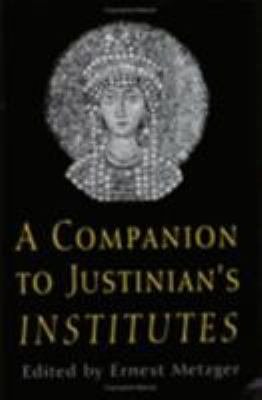 The Corpus Iuris Civilis, a distillation of the entire body of Roman law, was directed by the Emperor Justinian and published in a.d. 533. The Institutes, the briefest of the four works that make up the Corpus, is considered to be the cradle of Roman law and remains the best and clearest introduction to the subject. A Companion to Justinian's "Institutes" will assist the modern-day reader of the Institutes, and is specifically intended to accompany the translation by Peter Birks and Grant McLeod, published by Cornell in 1987. The book offers an intelligent and lucid guide to the legal concepts in the Institutes. The essays follow its structure and take up its principal subjects—for example, slavery, marriage, property, and capital and noncapital crimes—and give a thorough account of the law relating to each of them. Throughout, the authors explain technical Latin vocabulary and legal terms. 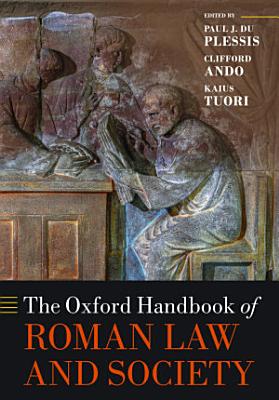 The Oxford Handbook of Roman Law and Society surveys the landscape of contemporary research and charts principal directions of future inquiry. More than a history of doctrine or an account of jurisprudence, the Handbook brings to bear upon Roman legal study the full range of intellectual resources of contemporary legal history, from comparison to popular constitutionalism, from international private law to law and society, thereby setting itself apart from other volumes as a unique contribution to scholarship on its subject. The Handbook brings the study of Roman law into closer alignment and dialogue with historical, sociological, and anthropological research into law in other periods. It will therefore be of value not only to ancient historians and legal historians already focused on the ancient world, but to historians of all periods interested in law and its complex and multifaceted relationship to society. 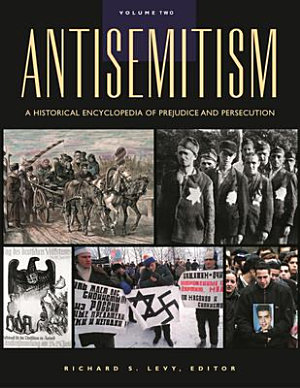 Written by top scholars in an accessible manner, this unique encyclopedia offers worldwide coverage of the origins, forms, practitioners, and effects of antisemitism, leading to the Holocaust and surviving to the present day. * 650 A-Z entries by over 200 scholars from 21 countries * Illustrations such as caricatures, political cartoons, maps, and pictures of famous antisemites and historical episodes * Citations of recent literature that follow each entry * Detailed index listing people, places, concepts, and events that enables users to find information about subjects not treated in dedicated articles * Direction at the end of each entry to other articles with special relevance to the topic 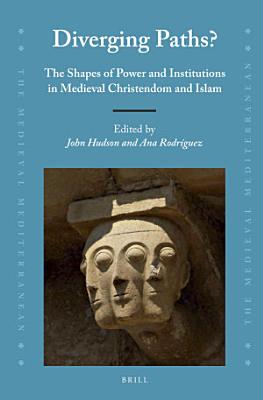 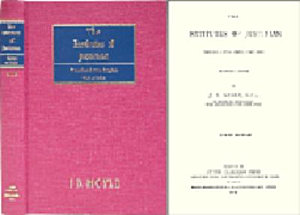 Moyle, J.B. The Institutes of Justinian. Translated into English with an Index. Fifth Edition. Oxford: Clarendon Press, 1913. viii, 220 pp. Reprinted 2002 by The Lawbook Exchange, Ltd. LCCN 2001041401. ISBN 1-58477-185-2. Cloth. $90. * An English translation, with a thorough index, of Justinian's Institutes. After assuming the throne of the East Roman or Byzantine Empire in 527, Justinian (Favius Petrus Sabbatius Justinianus) [A.D. 483-565] sought to revise the most important legal writings of the original republic and empire, including the body of laws that had accumulated during the last 300 years. His revision of the Institutes of Gaius [c.A.D. 115-c.180] is perhaps the most significant volume to emerge from this program. Written around A.D. 161, it is an elementary treatise on Roman private law that served as a standard text for 300 years. Justinian's revision brought the original up to date while maintaining its qualities of clear exposition and perspicuous judgment. It was later combined with three other revisions, the Digest, Code, and Novels to form the Corpus Juris Civilis, a profound influence on European law from the tenth century onwards. Walker, The Oxford Companion to Law 511, 696. 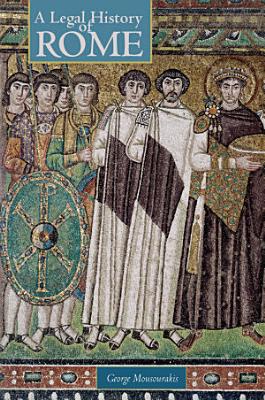 This book equips both lawyer and historian with a complete history of Roman law, from its beginnings c.1000 BC through to its re-discovery in Europe where it was widely applied until the eighteenth century. Combining a law specialist’s informed perspective of legal history with a socio-political and cultural focus, it examines the sources of law, the ways in which these laws were applied and enforced, and the ways the law was influenced and progressed, with an exploration of civil and criminal procedures and special attention paid to legal science. The final chapter covers the history of Roman law in late antiquity and appraises the move towards the codification of law that culminated in the final statement of Roman law: the Corpus Iuris Civilis of Emperor Justinian. Throughout the book, George Mousourakis highlights the relationship between Roman law and Roman life by following the lines of the major historical developments. Including bibliographic references and organized accessibly by historical era, this book is an excellent introduction to the history of Roman law for students of both law and ancient history. 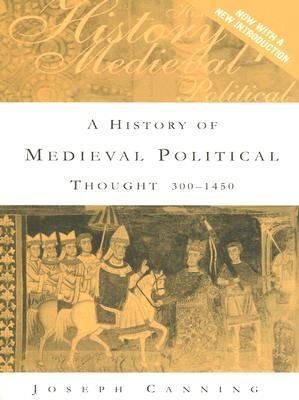 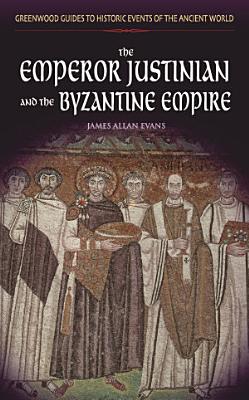 Looks at the life and times of the Emperor Justinian. 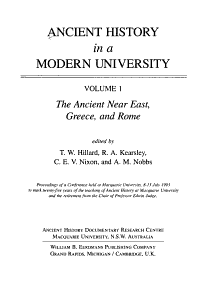 Volume I of Ancient History in a Modern University contains forty-four essays, produced in honor of historian Edwin Judge, that explore important facets of the history of the ancient Near East, Greece, and Rome. 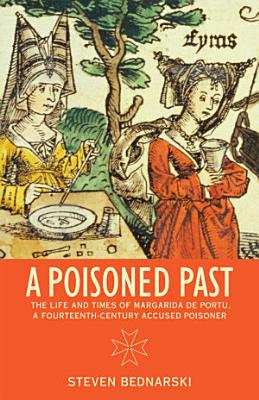 This is the story of Margarida de Portu, a fourteenth-century French medieval woman accused of poisoning her husband to death. As Bednarski points out, the story is important not so much for what it tells us about Margarida but for how it illuminates a past world. Through the depositions and accusations made in court, the reader learns much about medieval women, female agency, kin networks, solidarity, sex, sickness, medicine, and law. Unlike most histories, this book does not remove the author from the analysis. Rather, it lays bare the working methods of the historian. Throughout his tale, Bednarski skillfully weaves a second narrative about how historians "do" history, highlighting the rewards and pitfalls of working with primary sources. The book opens with a chapter on microhistory as a genre and explains its strengths, weaknesses, and inherent risks. Next is a narrative of Margarida's criminal trial, followed by chapters on the civil suits and appeal and Margarida's eventual fate. The book features a rough copy of a court notary, a notorial act, and a sample of a criminal inquest record in the original Latin. A timeline of Margarida's life, list of characters, and two family trees provide useful information on key people in the story. A map of late medieval Manosque is also provided. 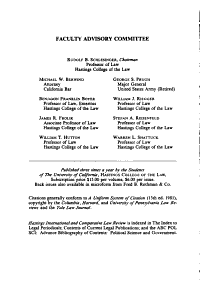 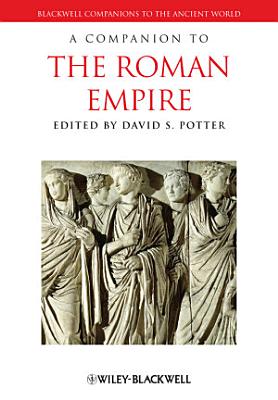