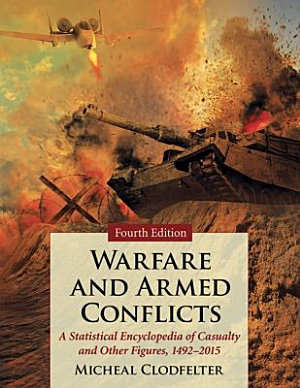 In its revised and updated fourth edition, this exhaustive encyclopedia provides a record of casualties of war from the last five centuries through 2015, with new statistical and analytical information. Figures include casualties from global terrorism, the wars in Iraq and Afghanistan, and the fight against the Islamic State. New entries cover an additional 20 armed conflicts between 1492 and 2007 not included in previous editions. Arranged roughly by century and subdivided by world region, chronological entries include the name and dates of the conflict, precursor events, strategies and details, the outcome and its aftermath.

"The Third Edition of Warfare and Armed Conflicts is both updated and heavily revised. Ongoing conflicts that began prior to 2001 and were covered in the Second Edition are extended in their coverage to mid-2007. Conflicts that broke out from 2001 onwardare extensively covered"--Provided by publisher. 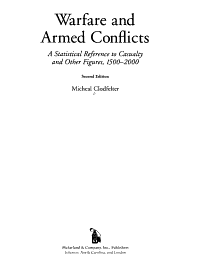 In the twentieth century alone, military deaths totaled over 35 million, including 29,700,000 slain in international wars and almost 6 million killed in civil wars. This completely updated and revised edition of the acclaimed 1992 two-volume work (belongs in the reference collection of almost every library - ARBA) presents a record of casualties of modern warfare in the last four centuries. New information pushes back the beginning date to 1500 from the first edition's 1680 and pushes 1992 out through 1999. Arranged roughly by century and then subdivided by world region, the entries proceed chronologically and vary from paragraph to chapter-length. Each entry provides the name and date of the conflict, precursor events, strategies and details, the outcome and its impact. A history of weaponry is easily traceable, as casualties mounted according to their improvement. 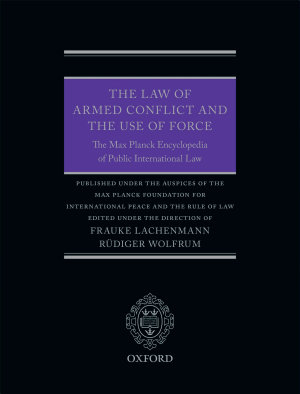 This volume brings together articles on the law of armed conflict and the use of force from the Max Planck Encyclopedia of Public International Law, the definitive reference work on international law. It provides an invaluable resources for scholars, students, and practitioners of international humanitarian law, giving an accessible, thorough overview of all aspects of the field. Each article contains cross-references to related articles, and includes a carefully selected bibliography of the most important writings and primary materials as a guide to further reading. The Encyclopedia can be used by a wide range of readers. Experienced scholars and practitioners will find a wealth of information on areas that they do not already know well as well as in-depth treatments on every aspect of their specialist topics. Articles can also be set as readings for students on taught courses. 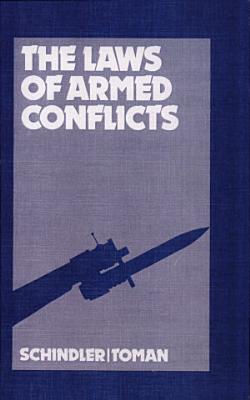 This book includes a study of the history of mine warfare at sea from the earliest days to the present time. It will be of interest to military lawyers & to all those concerned with the conduct & control of warfare. At the technical level, it is intended for laymen. While there is a chapter dealing with many technical matters relating to both mine warfare at sea & mine countermeasures, the sole purpose of that chapter is to give the non-technician, whether naval officer or civilian, a basic understanding of various categories of sea mines & their accessories & of mine countermeasure gear. It assumes that, like the author, the reader will have a minimum of electrical & mechanical knowledge. However, it is believed that after finishing this volume the reader will have a much better understanding of the part that mines have played in warfare at sea in past conflicts as well as the part they may be expected to play in any future conflict. Howard S. Levie is Professor Emeritus of Law at Saint Louis University School of Law, & Adjunct Professor of International Law at the U.S. Naval War College. 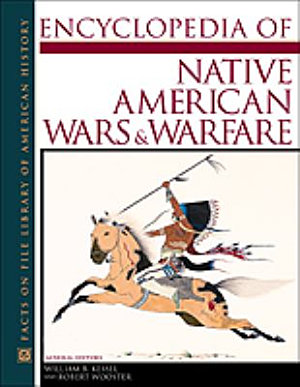 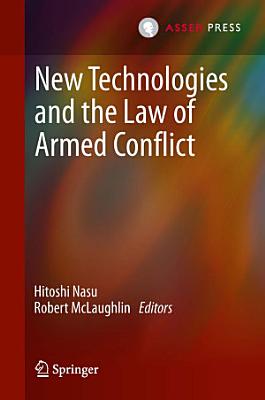 Modern technological development has been both rapid and fundamentally transformative of the means and methods of warfare, and of the broader environment in which warfare is conducted. In many cases, technological development has been stimulated by, and dedicated to, addressing military requirements. On other occasions, technological developments outside the military sphere affect or inform the conduct of warfare and military expectations. The introduction of new technologies such as information technology, space technologies, nanotechnology and robotic technologies into our civil life, and into warfare, is expected to influence the application and interpretation of the existing rules of the law of armed conflict. In this book, scholars and practitioners working in the fields critically examine the potential legal challenges arising from the use of new technologies and future directions of legal development in light of the specific characteristics and challenges each technology presents with regard to foreseeable humanitarian impacts upon the battlespace. 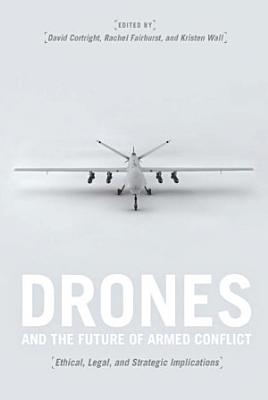 Presenting a robust conversation among leading scholars in the areas of international legal standards, counterterrorism strategy, humanitarian law, and the ethics of force, this book takes account of current American drone campaigns and the developing legal, ethical, and strategic implications of this new way of warfare. 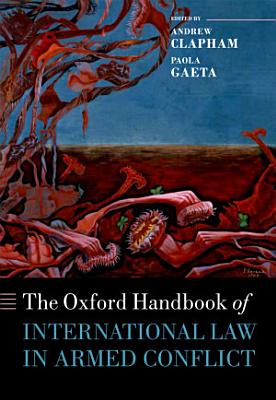 Written by a team of distinguished and internationally renowned experts, this Oxford Handbook gives an analytical overview of international law as it applies in armed conflicts. The Handbook draws on international humanitarian law, human rights law, and the law of neutrality to provide a comprehensive picture of the status of law in war. 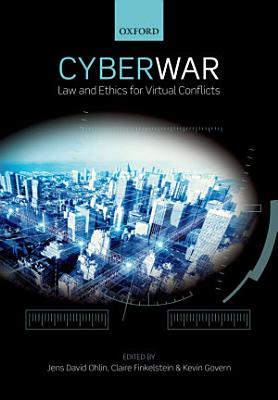 Cyber weapons and cyber warfare have become one of the most dangerous innovations of recent years, and a significant threat to national security. Cyber weapons can imperil economic, political, and military systems by a single act, or by multifaceted orders of effect, with wide-ranging potential consequences. Unlike past forms of warfare circumscribed by centuries of just war tradition and Law of Armed Conflict prohibitions, cyber warfare occupies a particularly ambiguous status in the conventions of the laws of war. Furthermore, cyber attacks put immense pressure on conventional notions of sovereignty, and the moral and legal doctrines that were developed to regulate them. This book, written by an unrivalled set of experts, assists in proactively addressing the ethical and legal issues that surround cyber warfare by considering, first, whether the Laws of Armed Conflict apply to cyberspace just as they do to traditional warfare, and second, the ethical position of cyber warfare against the background of our generally recognized moral traditions in armed conflict. The book explores these moral and legal issues in three categories. First, it addresses foundational questions regarding cyber attacks. What are they and what does it mean to talk about a cyber war? The book presents alternative views concerning whether the laws of war should apply, or whether transnational criminal law or some other peacetime framework is more appropriate, or if there is a tipping point that enables the laws of war to be used. Secondly, it examines the key principles of jus in bello to determine how they might be applied to cyber-conflicts, in particular those of proportionality and necessity. It also investigates the distinction between civilian and combatant in this context, and studies the level of causation necessary to elicit a response, looking at the notion of a 'proximate cause'. Finally, it analyzes the specific operational realities implicated by particular regulatory regimes. This book is unmissable reading for anyone interested in the impact of cyber warfare on international law and the laws of war. 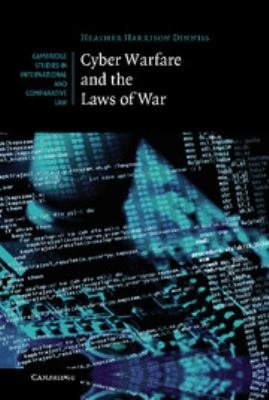 An analysis of the status of computer network attacks in international law.