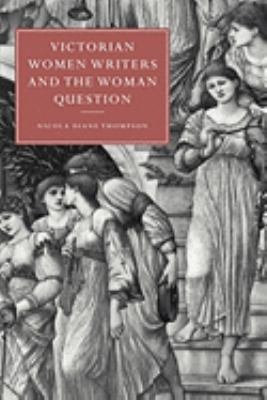 Discusses the work of a wide range of women writers popular in Victorian England but neglected or forgotten since. 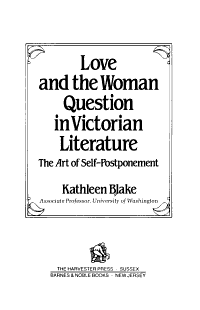 To love or to write? This was the crucial question facing the major women writers oft he last century. The painful struggle between sexual relations and personal fulfillment as creative artists is constantly portrayed and re-enacted in their fiction. This book provides the first close analysis of the central struggle in the lives and writings of Victorian women authors. It demonstrates the inadequacy of attitudes formed by twentieth century sexual libertation for an understanding of feminism in Victorian writing. This study establishes a double tendency in Victorian feminism to favor love but equally to oppose it from a position of 'radical chastity'. This essential book at once articulates crucial feminist issues and also constitutes a majr statement on the sources of female creativity. -- Publisher description 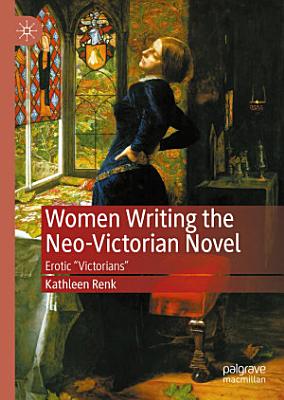 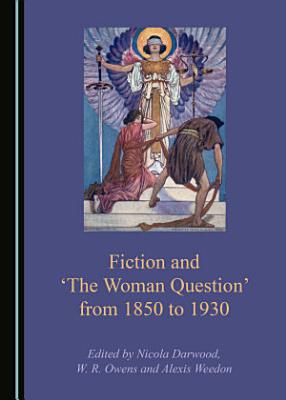 This book is about how ‘The Woman Question’ was represented in works of fiction published between 1850 and 1930. The essays here offer a wide-ranging and original approach to the ways in which literature shaped perceptions of the roles and position of women in society. Debates over ‘The Woman Question’ encompassed not only the struggle for voting rights, but gender equality more widely. The book reaches beyond the usual canonical texts to focus on writers who have, in the main, attracted relatively little critical attention in recent years: Stella Benson, Kate Chopin, Marie Corelli, Dinah Mulock Craik, Clemence Dane, Arthur Conan Doyle, George Gissing, Ouida, and William Hale White (who wrote under the pseudonym ‘Mark Rutherford’). These writers dealt imaginatively with issues such as marriage, motherhood, sexual desire, adultery and suffrage, and they represented female characters who, in varying degrees and with mixed success, sought to defy the social, sexual and political constraints placed upon them. The collection as a whole demonstrates how fiction could contribute in striking and memorable ways to debates over gender equality—debates which continue to have relevance in the twenty-first century. 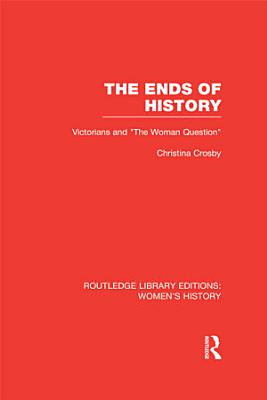 Why were the Victorians so passionate about "History"? How did this passion relate to another Victorian obsession – the "woman question"? In a brilliant and provocative study, Christina Crosby investigates the links between the Victorians’ fascination with "history" and with the nature of "women." Discussing both key novels and non-literary texts – Daniel Derondaand Hegel’s Philosophy of History; Henry Esmondand Macaulay’s History of England; Little Dorrit, Wilkie Collins’ The Frozen Deep, and Mayhew’s survey of "labour and the poor"; Villette, Patrick Fairburn’s The Typology of Scriptureand Ruskin’s Modern Painters – she argues that the construction of middle-class Victorian "man" as the universal subject of history entailed the identification of "women" as those who are before, beyond, above, or below history. Crosby’s analysis raises a crucial question for today’s feminists – how can one read historically without replicating the problem of nineteenth century "history"? The book was first published in 1991. 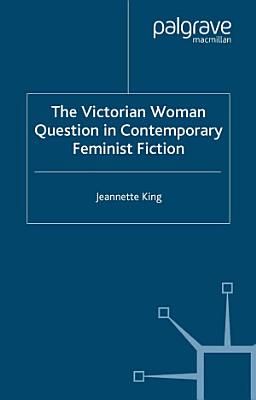 The Victorian Woman Question in Contemporary Feminist Fiction explores the representation of Victorian womanhood in the work of some of today's most important British and North American novelists including A.S. Byatt, Sarah Waters, Margaret Atwood, Angela Carter and Toni Morrison. By analysing these novels in the context of the scientific, religious and literary discourses that shaped Victorian ideas about gender, it contributes to an important inter-disciplinary debate. For while showing the power of these discourses to shape women's roles, the novels also suggest how individual women might challenge that power through their own lives. 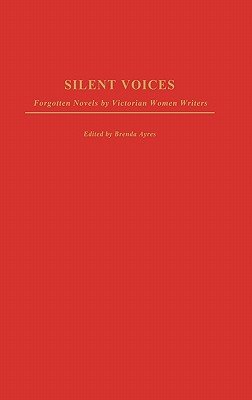 Some of the greatest English novels were written during the Victorian era, and many are still widely read and taught today. But many others written during that period have been neglected by scholars and modern readers alike. With the increasing interest in revising Victorian history and gender scholarship, especially through the rediscovery of lost texts written by women, this book is a timely and much needed study. The expert contributors discuss novels by such Victorian women writers as Grace Aguilar, Catherine Crowe, Charlotte Elizabeth Tonna, Annie E. Holdsworth, Ella Hepworth Dixon, Flora Annie Steel, Anne Thackeray, Sarah Grand, Marie Corelli, and others. These novels reveal perspectives of 19th-century British culture not present in canonized works and therefore revise our understanding of Victorian life and attitudes.

The origins of discrimination against women date back to ancient times. Throughout history, women have been exploited sexually, physically, economically, and socially under the shadow of patriarchal doctrines. Religion, tradition and the codes of morality have been misused to ensure the slavery of women. Although today the social and economic status of women is better than it was in the past, they are still the primary victims of abuse, humiliation, violence, and oppression. The Victorian era is one of the most debated periods in history of womanly struggle against discrimination. While it was considered an age of progress and prosperity, it was a time of misery and poverty as well. Victorian England was one of the hottest spots of the Woman Question. At the time, women were forced to lead a passive existence dictated by the norms of Victorian gender ideology. Transformations in science and technology during this period were contradictory to social beliefs and values. Despite the astonishing progress experienced during this period, the rigidly defined roles of men and women in Victorian society remained almost the same until the beginning of twentieth century. Victorian literature on gender flourished in such a tense atmosphere. Female rebellion against the injustices of this developing world often found its voices among the ones who were able to feel the deep sorrow experienced either by themselves or by the members of their gender. This book explores Victorian gender issues and the role of Victorian literature on the womanly journey towards emancipation through their evolutionary path. The key concepts and movements that shaped the historical, social, and political background of womens cry for their rights are examined along with the accompanying gender literature mainly through a feminist reading of female writers as regards to the Woman Question. 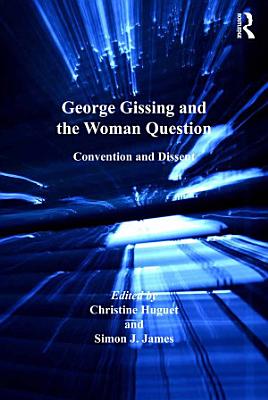 Approaching its subject both contextually and comparatively, George Gissing and the Woman Question reads Gissing's novels, short stories and personal writings as a crux in European fiction's formulations of gender and sexuality. The collection places Gissing alongside nineteenth- and twentieth-century authors as diverse as Paul Bourget, Ella Hepworth Dixon, May Sinclair and Theodore Dreiser, theorizing the ways in which late-Victorian sexual difference is challenged, explored and performed in Gissing's work. In addition to analyzing the major novels, essays make a case for Gissing as a significant short story writer and address Gissing's own life and afterlife in ways that avoid biographical mimetics. The contributors also place Gissing's work in relation to discourses of subjectivity and intersubjectivity, identity, public space, class and labour, especially literary production. Increasingly viewed as a key chronicler of the late Victorian period's various redefinitions of sexual difference, Gissing is here recognized as a sincere, uncompromising chronicler of social change. 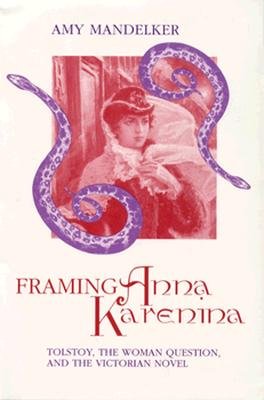 Mandelker's revisionist analysis begins with the contention that Anna Karenina rejects the textual conventions of realism and the stereo-typical representation of women, especially in Victorian English fiction. In Anna Karenina, Tolstoy uses the theme of art and visual representation to articulate an aesthetics freed from gender bias and class discrimination. 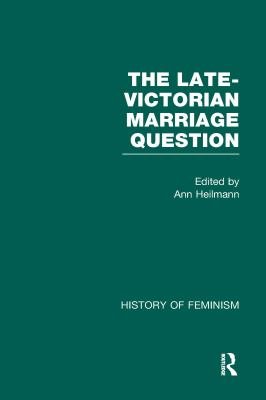 This anthology contextualizes key feminist texts and ideas by linking them with the transformation of public opinion brought about by the late Victorian debate on marriage, motherhood and women's right to an independent life. Included are Mona Caird's controversial The Morality of Marriage; debates between feminists, traditionalists and anti-feminists on marriage, divorce and the New Woman, and selected reading from New Woman fiction, both feminist and anti-feminist, which reproduces the media debate on morality in literature. 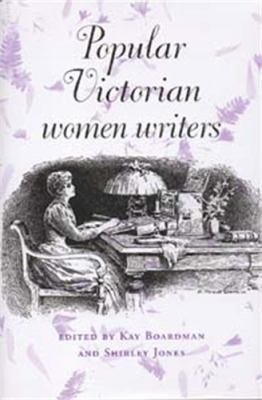 Popular Victorian women writers considers a diverse group of women writers within the Victorian literary marketplace. It looks at authors such as Ellen Wood, Mary Braddon, Rhoda Broughton and Charlotte Yonge as well as less well-known writers including Jessie Fothergill and Eliza Meteyard. Each essay sets the individual author within her biographical and literary context and provides refreshing insights into her work. Together they bring the work of largely unknown authors and new perspectives on known authors to critical and public attention. Accessible and informative, the book is ideal for students of Victorian literature and culture as well as tutors and scholars of the period. 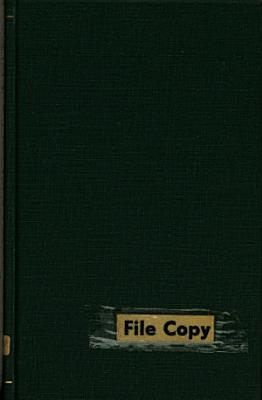