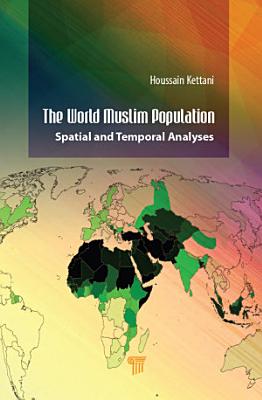 The birth of Islam over fourteen centuries ago was a monumental event in human history with an everlasting effect on humanity. For centuries, researchers have contemplated the growth and distribution of Muslims throughout the world. This book presents a reliable estimate of the world Muslim population since the inception of Islam at the start of the seventh century to the end of the twenty-first century. In this book, the world is divided into five continents, each of which is further divided into non-overlapping regions, and these in turn are divided into current countries. A centennial data estimate for each region and current country from 600 AD to 2100 AD (approximately 1 H to 1500 H) of the total population, and the corresponding Muslim population and its percentage are provided. Furthermore, the same data in decennial order from 1790 to 2100 (or 1210 H to 1520 H) are provided for each region and country. These data are summarized to be an accurate reference for other studies and discussions related to the Muslim population. Written for demographers, researchers, historians, as well as general readers, this book is an essential reference to all aspects of the world Muslim population. 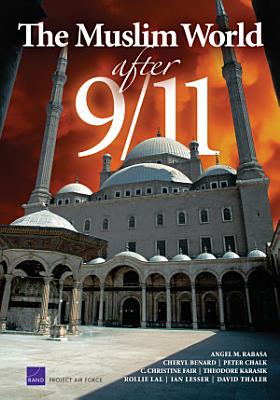 Examines the dynamics that drive changes in the religio-political landscape of the Muslim world, the effects of 9/11, the global war on terrorism, and the war in Iraq. The authors present a typology of ideological tendencies; identify the factors that produce religious extremism and violence; assess key cleavages along sectarian, ethnic, regional, and national lines; and identify possible strategies and military options for the United States to pursue in this critical and volatile part of the world. 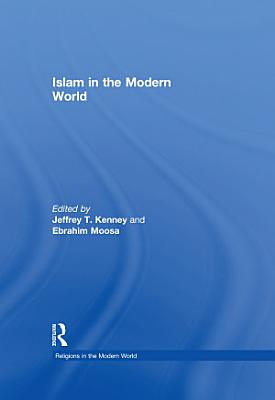 This comprehensive introduction explores the landscape of contemporary Islam. Written by a distinguished team of scholars, it: provides broad overviews of the developments, events, people and movements that have defined Islam in the three majority-Muslim regions traces the connections between traditional Islamic institutions and concerns, and their modern manifestations and transformations. How are medieval ideas, policies and practices refashioned to address modern circumstances investigates new themes and trends that are shaping the modern Muslim experience such as gender, fundamentalism, the media and secularisation offers case studies of Muslims and Islam in dynamic interaction with different societies. Islam in the Modern World includes illustrations, summaries, discussion points and suggestions for further reading that will aid understanding and revision. Additional resources are provided via a companion website. 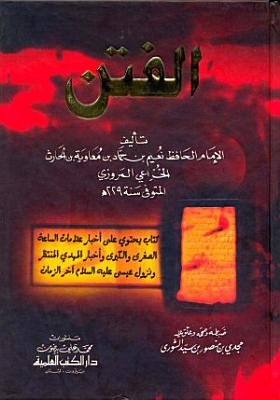 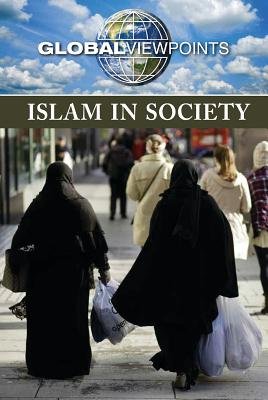 Provide your readers with this essential guidebook about Islam and its role in society. As of 2015, approximately 1.8 billion people identified as Muslim, 24 percent of the global population. Islam's adherents are found throughout the world, but some question whether its values and practices are at odds with those of Western nations, with particular concerns about Muslim extremism and its connection to terrorism. This has prompted attempts to control or even prevent Muslims from entering Western countries. As the global Muslim population continues to rise and immigration increases, questions about the role of Islam and its adherents in society have become increasingly urgent. 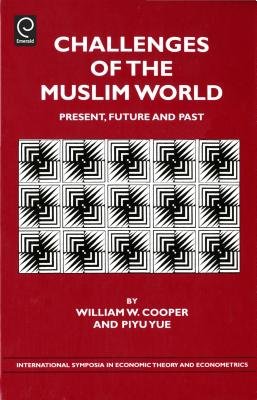 This book provides a data-based approach to present and future developments in the Muslim world. It focuses on the economics of the Muslim world, including hot topics such as terrorism and oil-prices and also suggests an approach that deals with the high illiteracy rates and inadequate education facilities in many Muslim countries. 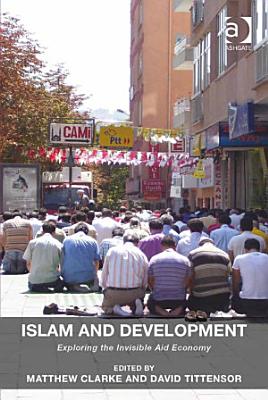 The study of Islam since the advent of 9/11 has made a significant resurgence. However, much of the work produced since then has tended to focus on the movements that not only provide aid to their fellow Muslims, but also have political and at times violent agendas. This tendency has led to a dearth of research on the wider Muslim aid and development scene. Focusing on the role and impact of Islam and Islamic Faith Based Organisations (FBOs), an arena that has come to be regarded by some as the 'invisible aid economy', Islam and Development considers Islamic theology and its application to development and how Islamic teaching is actualized in case studies of Muslim FBOs. It brings together contributions from the disciplines of theology, sociology, politics and economics, aiming both to raise awareness and to function as a corrective step within the development studies literature. 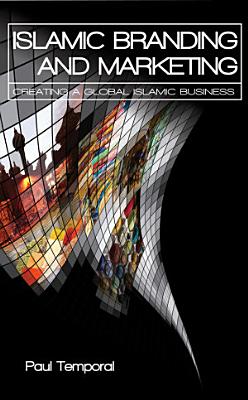 Islamic Branding and Marketing: Creating A Global Islamic Business provides a complete guide to building brands in the largest consumer market in the world. The global Muslim market is now approximately 23 percent of the world's population, and is projected to grow by about 35 percent in the next 20 years. If current trends continue, there are expected to be 2.2 billion Muslims in 2030 that will make up 26.4 percent of the world's total projected population of 8.3 billion. As companies currently compete for the markets of China and India, few have realized the global Muslim market represents potentially larger opportunities. Author Paul Temporal explains how to develop and manage brands and businesses for the fast-growing Muslim market through sophisticated strategies that will ensure sustainable value, and addresses issues such as: How is the global Muslim market structured? What opportunities are there in Islamic brand categories, including the digital world? What strategies should non-Muslim companies adopt in Muslim countries? More than 30 case studies illustrate practical applications of the topics covered, including Brunei Halal Brand, Godiva Chocolatier, Johor Corporations, Nestle, Unilever, Fulla, Muxlim Inc, and more. Whether you are in control of an established company, starting up a new one, or have responsibility for a brand within an Islamic country looking for growth, Islamic Branding and Marketing is an indispensable resource that will help build, improve and secure brand equity and value for your company. 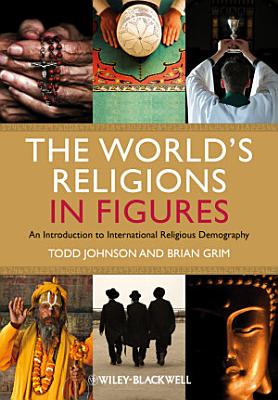 Created by two of the field’s leading experts, this unique introduction to international religious demography outlines the challenges in interpreting data on religious adherence, and presents a contemporary portrait of global religious belief. Offers the first comprehensive overview of the field of international religious demography – detailing what we know about religious adherents around the world, and how we know it Examines religious freedom and diversity, including agnostics and atheists, on a global scale, highlighting trends over the past 100 years and projecting estimates for the year 2050 Outlines the issues and challenges related to definitions, taxonomies, sources, analyses, and other techniques in interpreting data on religious adherence Considers data from religious communities, censuses, surveys, and scholarly research, along with several in-depth case studies on the global Muslim population, religion in China, and the religious demography of recently created Sudan and South Sudan Argues against the belief that the twentieth-century was a ‘secular’ period by putting forward new evidence to the contrary Provides resources for measuring both qualitatively and quantitatively important data on the world's religious situation in the twenty-first century 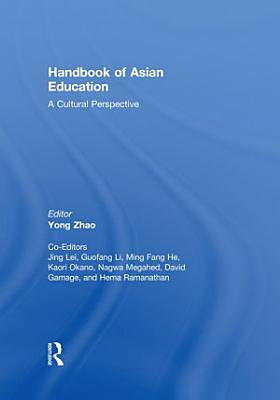 Comprehensive and authoritative, this Handbook provides a nuanced description and analysis of educational systems, practices, and policies in Asian countries and explains and interprets these practices from cultural, social, historical, and economic perspectives. Using a culture-based framework, the volume is organized in five sections, each devoted to educational practices in one civilization in Asia: Sinic, Japanese, Islamic, Buddhist, and Hindu. Culture and culture identities essentially are civilization identities; the major differences among civilizations are rooted in their different cultures. This framework offers a novel approach to capturing the essence of the diverse educational systems and practices in Asia. Uniquely combining description and interpretation of educational practices in Asia, this Handbook is a must-have resource for education researchers and graduate students in international and comparative education, globalization and education, multicultural education, sociocultural foundations of education, and Asian studies, and for educational administrators and education policy makers. 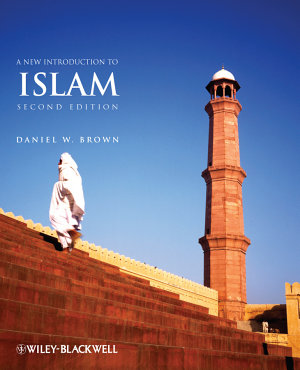 The second edition of this student-friendly textbook explores the origins, major features and lasting influence of the Islamic tradition. Traces the development of Muslim beliefs and practices against the background of social and cultural contexts extending from North Africa to South and Southeast Asia Fully revised for the second edition, with completely new opening and closing chapters considering key issues facing Islam in the 21st century Focuses greater attention on everyday practices, the role of women in Muslim societies, and offers additional material on Islam in America Includes detailed chronologies, tables summarizing key information, useful maps and diagrams, and many more illustrations 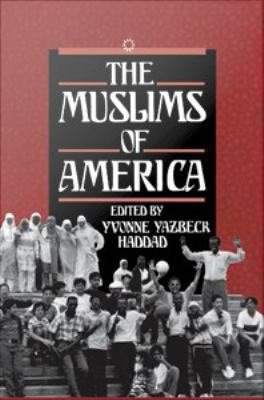 This collection brings together sixteen previously unpublished essays about the history, organization, challenges, responses, outstanding thinkers, and future prospects of the Muslim community in the United States and Canada. Both Muslims and non-Muslims are represented among the contributors, who include such leading Islamic scholars as John Esposito, Frederick Denny, Jane Smith, and John Voll. Focusing on the manner in which American Muslims adapt their institutions as they become increasingly an indigenous part of America, the essays discuss American Muslim self-images, perceptions of Muslims by non-Muslim Americans, leading American Muslim intellectuals, political activity of Muslims in America, Muslims in American prisons, Islamic education, the status of Muslim women in America, and the impact of American foreign policy on Muslims in the United States. 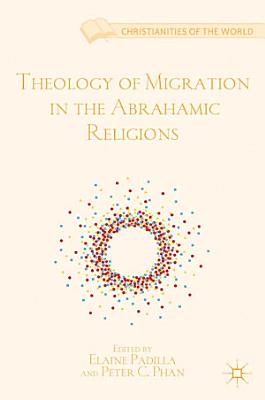 This book provides an indispensable voice in the scholarly conversation on migration. It shows how migration has shaped and has been shaped by the three Abrahamic religions - -Judaism, Christianity, and Islam. No theory of migration will be complete unless the theological insights of these religions are seriously taken into account.