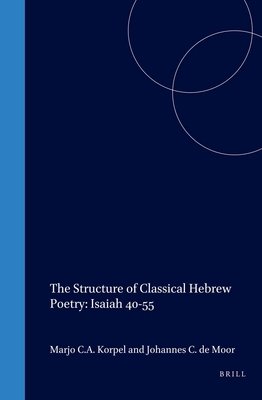 Delimitation of structural units has always been a controversial subject in Old Testament exegesis. Yet all translation and interpretation depends on it. In this work hitherto largely unexplored, but highly relevant, evidence found in ancient Hebrew, Greek and Syriac manuscripts is evaluated. 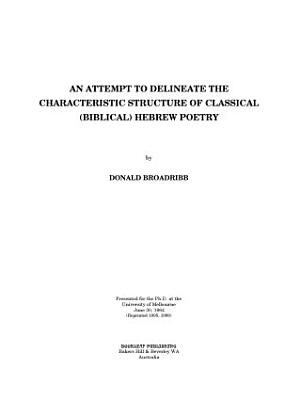 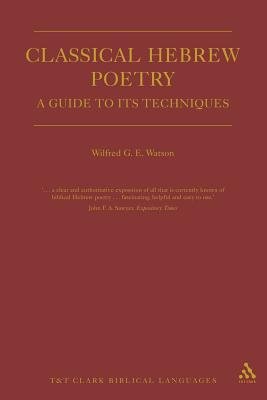 In spite of debatable issues, such as metre, we now know enough about classical Hebrew poetry to be able to understand how it was composed. This large-scale manual, rich in detail, exegesis and bibliography, provides guidelines for the analysis and appreciation of Hebrew verse. Topics include oral poetry, metre, parallelism and forms of the strophe and stanza. Sound patterns and imagery are also discussed. A lengthy chapter sets out a whole range of other poetic devices and the book closes with a set of worked examples of Hebrew poetry. Throughout, other ancient Semitic verse has been used for comparison and the principles of modern literary criticism have been applied. 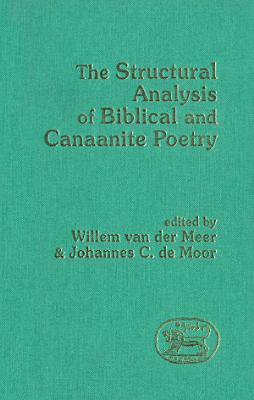 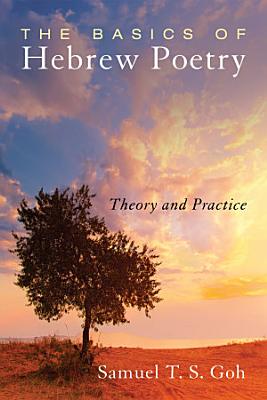 Almost 75 percent of the Old Testament is made up of poetic passages, yet for many readers (lay Christians, even seminary students and pastors), biblical poetic passages remain the greatest challenge. Being unfamiliar with poetry in general and biblical poetry in particular, their reading and preaching are limited to selected poetic passages. This in turn limits their understanding of God’s word. To help readers overcome these problems, the first four chapters of this book aim to get them familiarized with the literary techniques of biblical poets. To demonstrate how the techniques work to bring across the biblical theological message, the last three chapters offer poetic analyses of three passages of different kinds. In the process, we hope to draw attention to the beauty of the Hebrew poetic art and to the creative skill of biblical poets’ versification. The ultimate aim, however, is to help readers discover the rich message of the Bible. 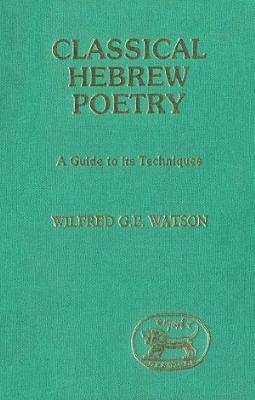 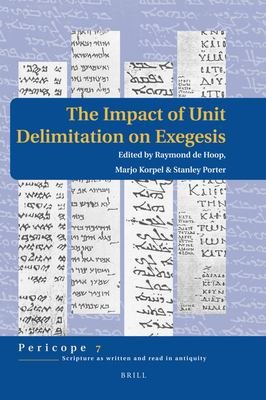 This volume contains papers dealing with the impact of unit delimitation on exegesis. Pargraph markers play an important role in literature, this is illustrated by means of the examples of Mark 12:13-27 and Romans 1:21-25. The setumah after Isaiah 8:16 is significant for understanding the making of the Hebrew Bible. Furthermore, it is demonstrated that the text divisions in the Book of Daniel guide the reading of the text. The demarcation of hymns and prayers in the prophets is illustrated by the examples of Hosea 6:1-3 and Isaiah 42:10-12. Unit delimitation is taken up for the theory of an acrostichon in Nahum 1. Also discussed is the delimitation of units in Genesis, Isaiah 56:1-9, and Jeremiah and Habakkuk. 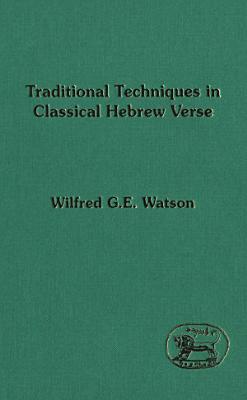 Before, during and after the preparation of Classical Hebrew Poetry: A Guide to its Techniques, Wilfred Watson published several articles on Hebrew poetry in a wide range of periodicals. The present volume collects together the most significant of these writings, including a chapter from a book on chiasmus, as well as a few unpublished items. After an opening survey of current work on Hebrew verse the articles cover the following topics: parallelism (including half-line parallelism, previously almost unnoticed), antithesis, word pairs, chiasmus, figurative language and introductions to speech in verse. The last section deals with structural devices and a folktale motif in narrative verse, hyperbole, apostrophe and alliteration. Previously unpublished items are on the contribution of ethnopoetics, from the study of Native American literature to Hebrew narrative verse (a new topic in biblical studies), parallelism in the Song of Songs and a metaphor in Jeremiah. This anthology is intended as a companion volume to Classical Hebrew Poetry. It includes additions and corrections to that book and there are also several indices. 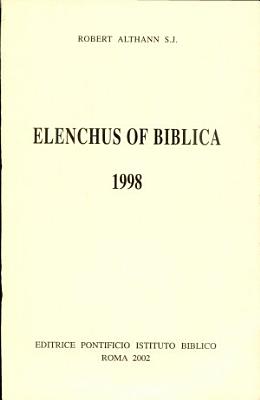 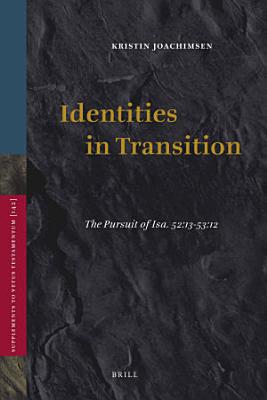 In addition to challenging historical-critical readings in the tradition after Duhm, this book presents three ways of reading the text based on variations of linguistic theory: one linguistic, one narratological and one intertextual. In these readings the trope personification is central. 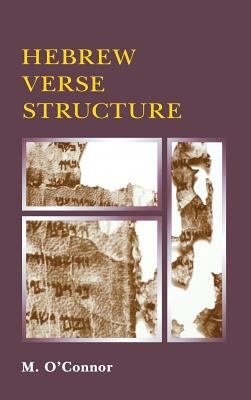 In this extensive and eclectic reconsideration of classical Hebrew poetics, O'Connor evaluates the assumptions that have guided scholars for more than two hundred years. The result is "a great leap forward in the analysis and interpretation of early Hebrew poetry." (David Noel Freedman) 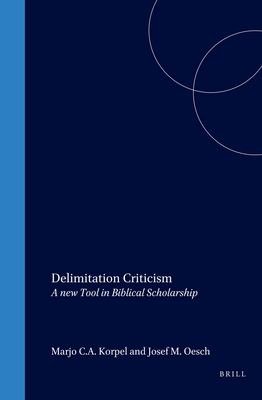 The first volume of the new Pericope series, Delimitation Criticism contains the papers read at a workshop of the Pericope Group during the First Meeting of the European Association for Biblical Studies, held at Utrecht, The Netherlands, 6-9 August 2000. The volume highlights the importance of the long-ignored unit delimitation markers in ancient manuscripts for the interpretation of Scripture. Much of the data presented here has never been published before and opens up fresh vistas for biblical scholarship. The new series Pericope aims at providing Bible translators and exegetes with the raw data concerning unit delimitation in the ancient manuscripts of the Hebrew Bible, the Septuagint, the Peshitta and the Vulgate. It will contribute significantly to our understanding of the meaning of Scripture as it was written and understood in Antiquity. Pericope is directed by an international editorial board of distinguished specialists. The series will comprise monographs and collaborative volumes on unit delimitation in Antiquity, primarily in biblical manuscripts and lectionaries, but also in other texts relevant to biblical studies. The series will also incorporate exegetical studies which seek to demonstrate the impact of delimitation criticism on various branches of biblical scholarship. From the Contents M.C.A. Korpel - Introduction to the Series M. van Amerongen - Structuring Division Markers in Haggai R. de Hoop - Lamentations: The Qinah-Metre Questioned K.D. Jenner - The Unit Delimitation in the Syriac Text of Daniel and their Consequences for the Interpretation M.C.A. Korpel - Pericope Division in the Book of Ruth J.C. de Moor - Micah 7:1-13: The Lament of a Disillusioned Prophet J.M. Oesch - Skizze einer synchronen und diachronen Gliederungskritik im Rahmen der alttestamentlichen Textkritik J. Renkema - The Literary Structure of Obadiah P. Sanders - Ancient Colon Delimitations: 2 Samuel 22 and Psalm 18 E. Tov - The Background of the Sense Divisions in the Biblical Texts 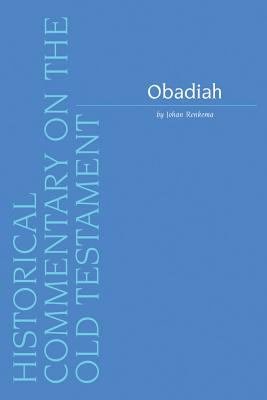 In spite of its diminutive size, the book of the minor prophet Obadiah has consistently occasioned major literary-critical, exegetical and hermeneutical questions. Jerome's observation 'the shorter, the more difficult' serves as a useful illustration of the complexity of the work. The present commentary seeks to answer some of the questions surrounding the book and its author on the basis of the literary structure of the transmitted text. The volume makes use for the first time of ancient text divisions gleaned from the Masoretic, Syriac and Greek textual traditions, with the help of which the colometry of the book is established and the larger literary units thereof delimited. The exegetical comments are based, among other things, on recent tradition-historical and linguistic research. The result is a contemporary commentary, accessible to students and scholars alike.