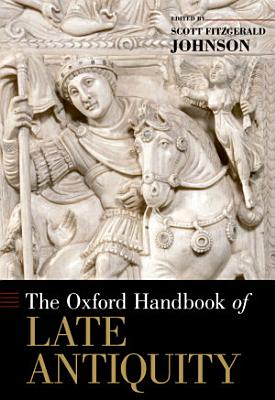 The Oxford Handbook of Late Antiquity offers an innovative overview of a period (c. 300-700 CE) that has become increasingly central to scholarly debates over the history of western and Middle Eastern civilizations. This volume covers such pivotal events as the fall of Rome, the rise of Christianity, the origins of Islam, and the early formation of Byzantium and the European Middle Ages. These events are set in the context of widespread literary, artistic, cultural, and religious change during the period. The geographical scope of this Handbook is unparalleled among comparable surveys of Late Antiquity; Arabia, Egypt, Central Asia, and the Balkans all receive dedicated treatments, while the scope extends to the western kingdoms, and North Africa in the West. Furthermore, from economic theory and slavery to Greek and Latin poetry, Syriac and Coptic literature, sites of religious devotion, and many others, this Handbook covers a wide range of topics that will appeal to scholars from a diverse array of disciplines. The Oxford Handbook of Late Antiquity engages the perennially valuable questions about the end of the ancient world and the beginning of the medieval, while providing a much-needed touchstone for the study of Late Antiquity itself. 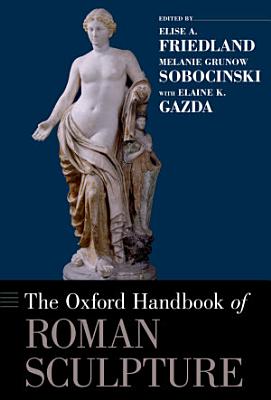 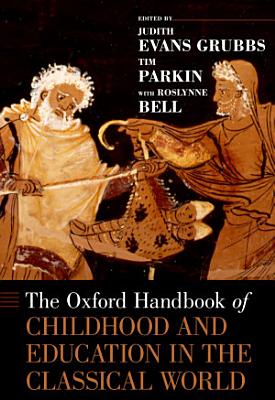 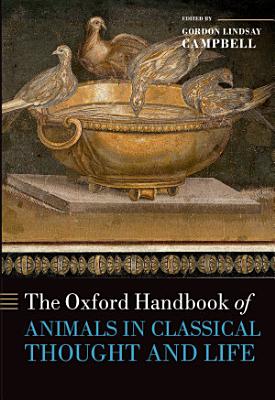 The Oxford Handbook of Animals in Classical Thought and Life is the first comprehensive guide to animals in the ancient world, encompassing all aspects of the topic by featuring authoritative chapters on 33 topics by leading scholars in their fields. Both the realities and the more theoretical aspects of the treatment of animals in ancient times are covered in chapters which explore the domestication of animals, animal husbandry, animals as pets, Aesop'sFables, and animals in classical art and comedy, all of which closely examine the nature of human-animal interaction. 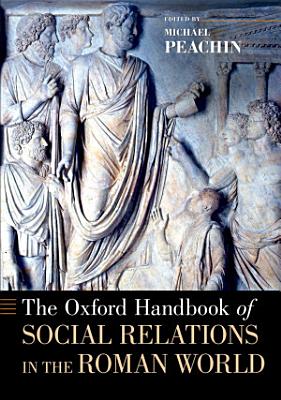 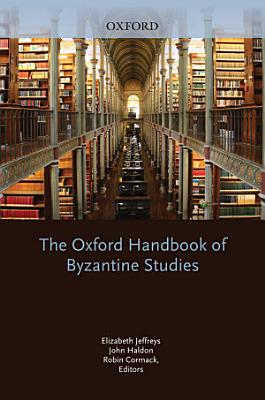 The Handbook contains eighty-nine articles by leading experts on all significant aspects of the diverse and fast-growing field of Byzantine Studies, which deals with the history and culture of the Byzantine Empire, the eastern half of the Late Roman Empire, from the fourth to the fourteenth century. 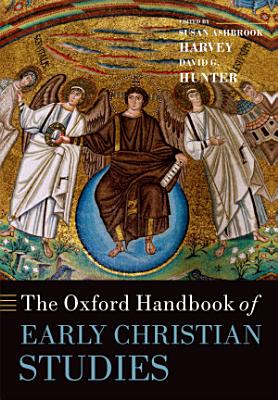 The Oxford Handbook of Early Christian Studies responds to and celebrates the explosion of research in this inter-disciplinary field over recent decades. It is thematically arranged to encompass history, literature, thought, practices, and material culture. Whilst the burgeoning of scholarly work has made it impossible for any one scholar to maintain expertise in every aspect of the discipline, this handbook seeks to aid both the new researcher in the field andthe scholar entering an unfamiliar sub-specialty. Each chapter orients readers to the current 'state of the question' in a given area, reflecting on key research issues to date, highlighting primarysources and giving suggestions as to the likely direction of future work. The Handbook takes the period 100 to 600 CE as a chronological span and examines the vast geographical area impacted by the early church, in Western and Eastern late antiquity. 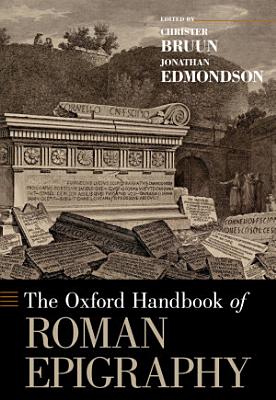 "Inscriptions are for anyone interested in the Roman world and Roman culture, whether they regard themselves as literary scholars, historians, archaeologists, anthropologists, religious scholars or work in a field that touches on the Roman world from c. 500 BCE to 500 CE and beyond. The goal of The Oxford Handbook of Roman Epigraphy is to show why inscriptions matter and to demonstrate to classicists and ancient historians, their graduate students, and advanced undergraduates, how to work with epigraphic sources"-- 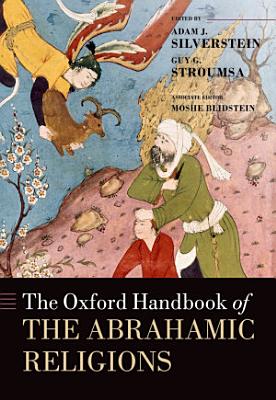 This Handbook is the only reference work of its kind providing surveys on a broad range of topics concerning Abrahamic Religions. Each of its essays studies a central topic across the three traditions, allowing for a unique and comprehensive understanding of the interactions and relationships between these religions. Such a volume is essential for students and academics in the field of comparative religion. 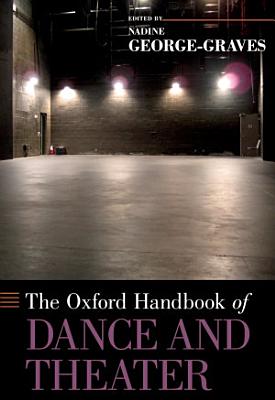 The Oxford Handbook of Dance and Theater collects a critical mass of border-crossing scholarship on the intersections of dance and theatre. Taking corporeality as an idea that unites the work of dance and theater scholars and artists, and embodiment as a negotiation of power dynamics with important stakes, these essays focus on the politics and poetics of the moving body in performance both on and off stage. Contemporary stage performances have sparked global interest in new experiments between dance and theater, and this volume situates this interest in its historical context by extensively investigating other such moments: from pagan mimes of late antiquity to early modern archives to Bolshevik Russia to post-Sandinista Nicaragua to Chinese opera on the international stage, to contemporary flash mobs and television dance contests. Ideologically, the essays investigate critical race theory, affect theory, cognitive science, historiography, dance dramaturgy, spatiality, gender, somatics, ritual, and biopolitics among other modes of inquiry. In terms of aesthetics, they examine many genres such as musical theater, contemporary dance, improvisation, experimental theater, television, African total theater, modern dance, new Indian dance theater aesthetics, philanthroproductions, Butoh, carnival, equestrian performance, tanztheater, Korean Talchum, Nazi Movement Choirs, Lindy Hop, Bomba, Caroline Masques, political demonstrations, and Hip Hop. The volume includes innovative essays from both young and seasoned scholars and scholar/practitioners who are working at the cutting edges of their fields. The handbook brings together essays that offer new insight into well-studied areas, challenge current knowledge, attend to neglected practices or moments in time, and that identify emergent themes. The overall result is a better understanding of the roles of dance and theater in the performative production of meaning. 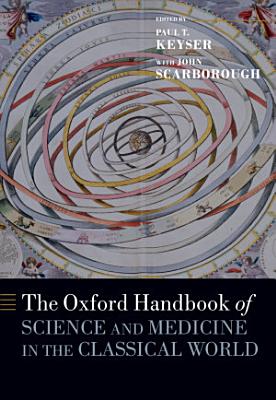 With a focus on science in the ancient societies of Greece and Rome, including glimpses into Egypt, Mesopotamia, India and China, The Oxford Handbook of Science and Medicine in the Classical World offers an in depth synthesis of science and medicine circa 650 BCE to 650 CE. The Handbook comprises five sections, each with a specific focus on ancient science and medicine. The second section covers the early Greek era, up through Plato and the mid-fourth century bce. The third section covers the long Hellenistic era, from Aristotle through the end of the Roman Republic, acknowledging that the political shift does not mark a sharp intellectual break. The fourth section covers the Roman era from the late Republic through the transition to Late Antiquity. The final section covers the era of Late Antiquity, including the early Byzantine centuries. The Handbook provides through each of its approximately four dozen essays, a synthesis and synopsis of the concepts and models of the various ancient natural sciences, covering the early Greek era through the fall of the Roman Republic, including essays that explore topics such as music theory, ancient philosophers, astrology, and alchemy. The Oxford Handbook of Science and Medicine in the Classical World guides the reader to further exploration of the concepts and models of the ancient sciences, how they evolved and changed over time, and how they relate to one another and to their antecedents. There are a total of four dozen or so topical essays in the five sections, each of which takes as its focus the primary texts, explaining what is now known as well as indicating what future generations of scholars may come to know. Contributors suggest the ranges of scholarly disagreements and have been free to advocate their own positions. Readers are led into further literature (both primary and secondary) through the comprehensive and extensive bibliographies provided with each chapter. 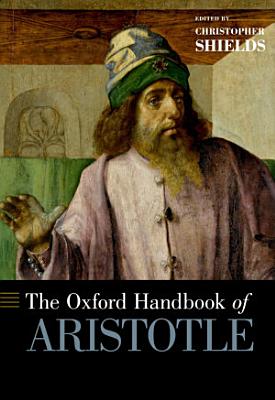 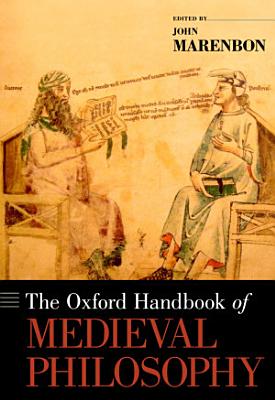 This Handbook is intended to show the links between the philosophy written in the Middle Ages and that being done today. Essays by over twenty medieval specialists, who are also familiar with contemporary discussions, explore areas in logic and philosophy of language, metaphysics, epistemology, moral psychology ethics, aesthetics, political philosophy and philosophy of religion. Each topic has been chosen because it is of present philosophical interest, but a more or less similar set of questions was also discussed in the Middle Ages. No party-line has been set about the extent of the similarity. Some writers (e.g. Panaccio on Universals; Cesalli on States of Affairs) argue that there are the closest continuities. Others (e.g. Thom on Logical Form; Pink on Freedom of the Will) stress the differences. All, however, share the aim of providing new analyses of medieval texts and of writing in a manner that is clear and comprehensible to philosophers who are not medieval specialists. The Handbook begins with eleven chapters looking at the history of medieval philosophy period by period, and region by region. They constitute the fullest, most wide-ranging and up-to-date chronological survey of medieval philosophy available. All four traditions - Greek, Latin, Islamic and Jewish (in Arabic, and in Hebrew) - are considered, and the Latin tradition is traced from late antiquity through to the seventeenth century and beyond. 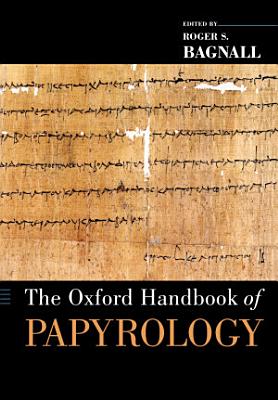 Thousands of documentary and literary texts written on papyri and potsherds, in Egyptian, Greek, Latin, Aramaic, Hebrew, and Persian, have transformed our knowledge of many aspects of life in the ancient Mediterranean and Near Eastern worlds. Here experts provide a comprehensive guide to understanding this ancient documentary evidence.