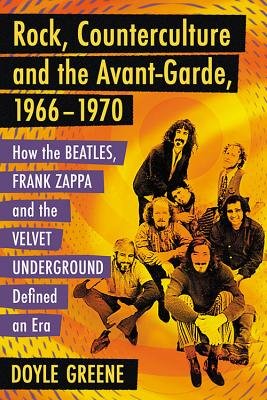 The convergence of rock music, counterculture politics and avant-garde aesthetics in the late 1960s underscored the careers of the Beatles, Frank Zappa and the Mothers of Invention, and the Velvet Underground. This book examines these artists' relationships to the historical avant-garde (Artaud, Brecht, Dada) and neo-avant-garde (Warhol, Pop Art, minimalism), considering their work in light of debates about modernism versus postmodernism. The author analyzes the performers' use of dissonance and noise within popular music, the role of social commentary and controversial topics in songs, and the experiments with concert and studio performance. Albums discussed include Sgt. Pepper's Lonely Hearts Club Band, The White Album, Freak Out!, We're Only in It for the Money, The Velvet Underground and Nico and White Light/White Heat, as well as John Lennon's collaborations with Yoko Ono, the Zappa-produced Trout Mask Replica by Captain Beefheart and the Magic Band, and Nico's The Marble Index. 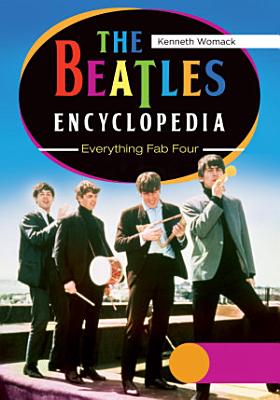 A fascinating look at the history of the Beatles, from their formative years through the present day, as detailed in hundreds of entries chock-full of information never before shared with the public. • Offers unprecedented insights into the Beatles' collective and solo releases, as well as the people and places that impacted their work • Analyzes their complete body of work along with the instrumentation and recording sessions behind the music • Tells the story of this iconic group through compelling entries written with a clear focus on readability 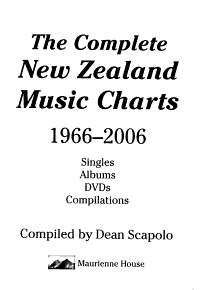 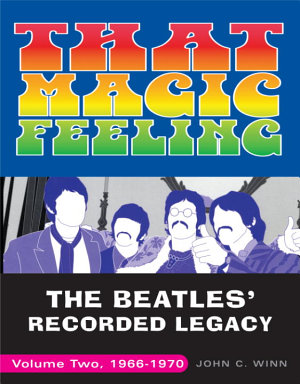 From Revolver to Let It Be, That Magic Feeling: The Beatles Recorded Legacy, Volume Two, 1966—1970, continues the chronicle of the group’s spectacular career from its creative zenith to its irrevocable split As the Beatles moved into the mid and late 1960s, their collective and individual musical talent and innovations evolved at an unparalleled pace. Like its companion volume, Way Beyond Compare: The Beatles’ Recorded Legacy, Volume One, 1957—1965, this unique work thoroughly chronicles all known and available Beatles recordings during this period of incredible creative growth. Have you ever watched a Beatles film clip and wondered: • Where was that filmed? • Is any more of that footage available? Have you ever heard a Beatles interview and asked: • When was that taped? • Where’s the best place to find the complete recording? That Magic Feeling answers these and thousands of similar questions. With more than 500 entries, it includes recording sessions, concerts, newsreel footage, press clips, TV and film performances, home movies, radio interviews, documentaries, studio outtakes, home demos, and alternative mixes–all of which are given complete coverage for the first time. Author John C. Winn has spent two decades poring over, scrutinizing, organizing, and analyzing hundreds of hours of audio and video recordings and compiling them into a digestible chronological framework, creating the ultimate reference guide to the Beatles’ legendary musical and cultural evolution. From the Trade Paperback edition. 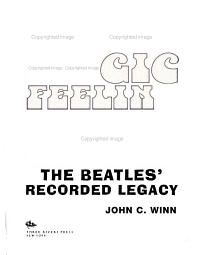 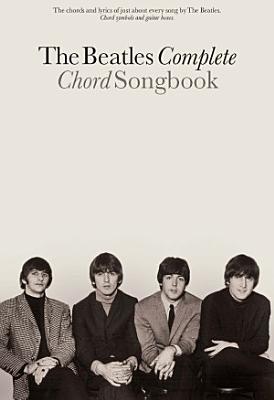 This comprehensive songbook contains all and every one of the 194 songs that were written and sung by the Beatles during their prolific and productive career. Specially arranged in the original keys from the actual recordings, each song includes chord symbols, guitar chord boxes and complete lyrics to the band’s full discography. Perfect for any aspiring guitarist, ideal for group singalongs, a spot of busking or simply to play some of the most finely crafted pop and rock songs ever written. This is the ultimate chord songbook for the ultimate rock band. Anyone with even a passing interest in popular music deserves to delve into these timeless gems and explore their beauty, energy and diversity. 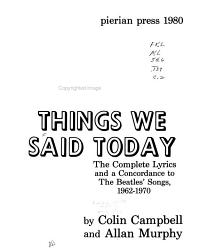 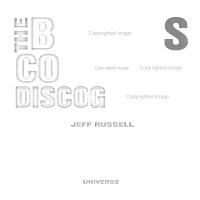 All the complete recordings by the Beatles are listed in a definitive, one-stop resource that includes full background details for each recording, complete musical credits, and reproductions of album sleeves. Original. 20,000 first printing. 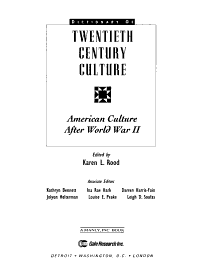