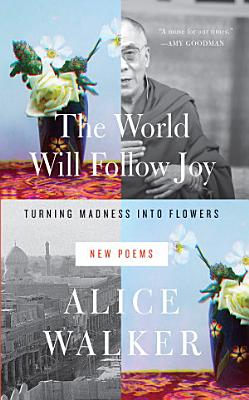 A poetry collection of “playful and crooning lyricism” from the National Book Award– and Pulitzer Prize–winning author of The Color Purple (Booklist). In this dazzling new collection, Alice Walker offers over sixty new poems to incite and nurture contemporary activists. Hailed as a “lavishly gifted writer,” Walker imbues her poetry with evocative images, fresh language, anger, forgiveness, and profound wisdom (The New York Times). Casting her eye toward history, politics, and nature, as well as to world figures such as Jimmy Carter, Gloria Steinem, and the Dalai Lama, she “distills struggles, crises, and tragedies down to bright, singing lessons in living with awareness and joy” (Booklist). By attentively chronicling the conditions of human life today, Walker shows, as ever, her deep compassion, profound spirituality, and necessary political commitments. The poems in The World Will Follow Joy remind us of our human capacity to come together and take action, even in our troubled political times. “Her spirituality, concern for human rights, and almost old-fashioned, determined joyousness run deep and her devoted readers will want to follow her as she turns ‘madness into flowers’” (Library Journal). 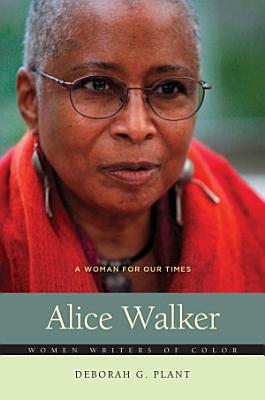 This biography explores Alice Walker's life experiences and her lifework in context of her philosophical thought, and celebrates the author's creative genius and heroism. • Represents the only biography that offers a philosophical examination of this deeply philosophical artist-activist • Provides insightful perspectives on negotiating our ever-changing and volatile world 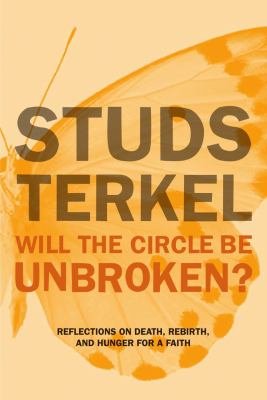 One of Studs Terkel’s most important oral histories, Will the Circle Be Unbroken? turns to the ultimate human experience—that of death. Called "extraordinary…a work of insight, wisdom, and freshness" by the Seattle Times when it was first published fifteen years ago, the book explores—with unrivaled compassion and wisdom—the indelible variety of reactions to mortality and the experience of death and the possibility of life afterward. Here a wide range of people addresses the unknowable culmination of our lives and its impact on the way we live, with memorable grace and poignancy. Included in this remarkable treasury of oral history are Terkel’s interviews with such famed figures as Kurt Vonnegut and Ira Glass as well as with a range of ordinary people, from policemen and firefighters to emergency health workers and nurses, who confront death in their everyday lives. Whether a Hiroshima survivor or an AIDS caseworker, a death-row parolee or a woman who emerged from a two-year coma, these interviewees offer tremendous eloquence as they deal with a topic many are reluctant to discuss openly and freely. Rich, moving, and inspiring, Will the Circle Be Unbroken? is a stunning capstone to Terkel’s extraordinary career. Only Terkel, whom Cornel West called "an American treasure," could have elicited such honesty and grace from people reflecting on the lives they have led and what lies before them still. 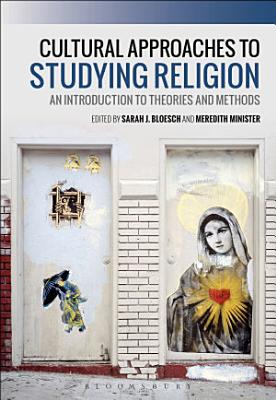 This is the first book to provide an introduction to contemporary cultural approaches to the study of religion. This book makes sophisticated ideas accessible at an introductory level, and examines the analytic tools of scholars in religious studies, as well as in related disciplines that have shaped the field including anthropology, history, literature, and critical studies in race, sexuality, and gender. Each chapter is written by a leading scholar and includes: · the biographical and historical context of each theorist · their approaches and key writings · analysis and evaluation of each theory · suggested further reading. Part One: Comparative Approaches considers how major features such as taboo, texts, myths and ritual work across religious traditions by exploring the work of Mary Douglas, Phyllis Trible, Wendy Doniger and Catherine Bell. Part Two: Examining Particularities analyzes the comparative approach through the work of Alice Walker, Charles Long and Caroline Walker Bynum, who all suggest that the specifics of race, body, place and time must be considered. Part Three: Expanding Boundaries examines Gloria Anzaldúa's language of religion, as well as the work of Judith Butler on performative, queer theories of religion, and concludes with Saba Mahmood, whose work considers postcolonial religious encounters, secularism, and the relationship between “East” and “West.” Reflecting the cultural turn and challenging the existing canon, this is the anthology instructors have been waiting for. For primary texts by the theorists discussed, please consult The Bloomsbury Reader in Cultural Approaches to the Study of Religion, edited by Sarah J. Bloesch and Meredith Minister. 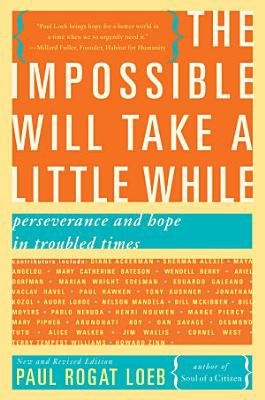 More relevant than ever, this seminal collection of essays encourages us to believe in the power of ordinary citizens to change the world In today's turbulent world it's hard not to feel like we're going backwards; after decades of striving, justice and equality still seem like far off goals. What keeps us going when times get tough? How have the leaders and unsung heroes of world-changing political movements persevered in the face of cynicism, fear, and seemingly overwhelming odds? In The Impossible Will Take a Little While, they answer these questions in their own words, creating a conversation among some of the most visionary and eloquent voices of our times. Today, more than ever, we need their words and their wisdom. In this revised edition, Paul Rogat Loeb has comprehensively updated this classic work on what it's like to go up against Goliath--whether South African apartheid, Mississippi segregation, Middle East dictatorships, or the corporations driving global climate change. Without sugarcoating the obstacles, these stories inspire hope to keep moving forward. Think of this book as a conversation among some of the most visionary and eloquent voices of our times--or any time: Contributors include Maya Angelou, Diane Ackerman, Marian Wright Edelman, Wael Ghonim, Václav Havel, Paul Hawken, Seamus Heaney, Jonathan Kozol, Tony Kushner, Audre Lorde, Nelson Mandela, Bill McKibben, Bill Moyers, Pablo Neruda, Mary Pipher, Arundhati Roy, Dan Savage, Desmond Tutu, Alice Walker, Cornel West, Terry Tempest Williams, and Howard Zinn. 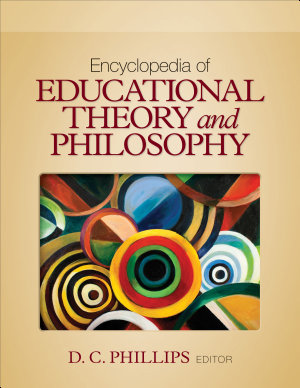 Education is a field sometimes beset by theories-of-the-day and with easy panaceas that overpromise the degree to which they can alleviate pressing educational problems. The two-volume Encyclopedia of Educational Theory and Philosophy introduces readers to theories that have stood the test of time and those that have provided the historical foundation for the best of contemporary educational theory and practice. Drawing together a team of international scholars, this invaluable reference examines the global landscape of all the key theories and the theorists behind them and presents them in the context needed to understand their strengths and weaknesses. In addition to interpretations of long-established theories, this work offers essays on cutting-edge research and concise, to-the-point definitions of key concepts, ideas, schools, and figures. Features: Over 300 signed entries by trusted experts in the field are organized into two volumes and overseen by a distinguished General Editor and an international Editorial Board. Entries are followed by cross references and further reading suggestions. A Chronology of Theory within the field of education highlights developments over the centuries; a Reader’s Guide groups entries thematically, and a master Bibliography facilitates further study. The Reader’s Guide, detailed index, and cross references combine for strong search-and-browse capabilities in the electronic version. Available in a choice of print or electronic formats, Encyclopedia of Educational Theory and Philosophy is an ideal reference for anyone interested in the roots of contemporary educational theory. 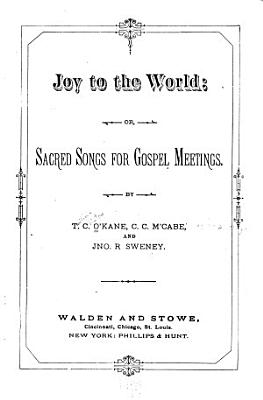 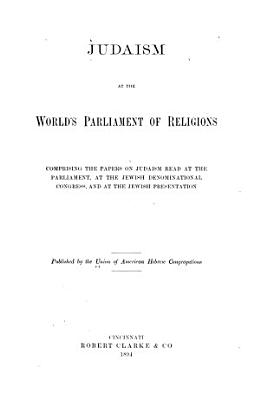 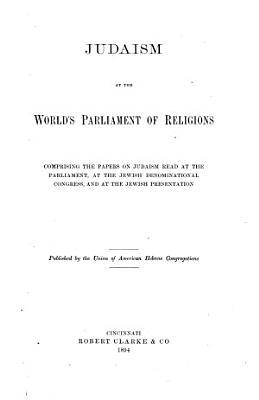 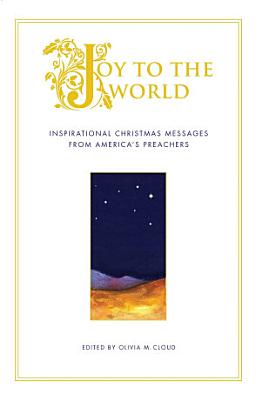 "Is there an idea or a dream that is lingering in the back of your mind this Christmas season?" asks the Reverend Robert H. Schuller in Joy to the World: Inspirational Christmas Messages from America's Preachers. "Is there some long-lost hope that you just cannot forget? God often comes through these thoughts. It is God at work in you." "Track what we call our good fortune and we shall see God clearly in our lives," says the Reverend Gardner C. Taylor in his message. He asked the question "Did you ever sit among your family and, strangely, feel a thankfulness which made you somewhat shamefacedly brush a tear away? You heard the angels sing!" "Christmas is a time of establishing and celebrating many traditions," begins the Reverend Paula White in her reflection. This is but a sampling of dozens of messages on the true meaning of Christmas included in this first book to celebrate the spirituality of Christmas by bringing together a diverse collection of messages from Christian leaders from across the country. Contributors to this collection represent congregations from Hawaii to New York to Atlanta and all the regions surrounding and in between. These inspirational words are from men and women who minister to and console young and old from all walks of life and who reflect the range of ethnicities and Christian religious traditions that characterizes America today. This timeless treasure trove of inspiration and teaching has something for everyone and is the perfect gift for the season of giving. Joy to the World shares the spirit of Christmas throughout the year. 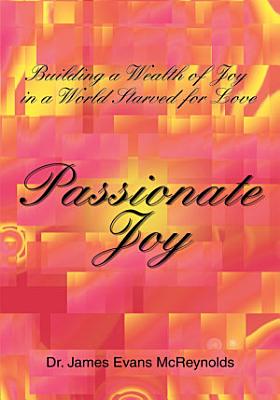 Passionate Joy connects the psychological and spiritual understanding of our least discussed human emotion. This book reflects the dawn of a revolutionary approach to living. Norman Vincent Peale anointed Jim McReynolds as minister of joy to the world. The most important characteristic of a minister of joy is humility. This book teaches people the purpose of our lives is to create an atmosphere for joy and miracles to happen. Life is difficult. Building a wealth of joy enables us to know happiness. Readers will enter the joy of the Lord as they reflect upon their own joy. This book can be used as a text for study groups. Questions for reflections are included at the end of each chapter. This book was envisioned during studies at Vanderbilt University and the University of Oxford in England. The material has been shared during a lifetime of weekend retreats, conferences, and seminars for churches, schools, workplaces, and community groups. 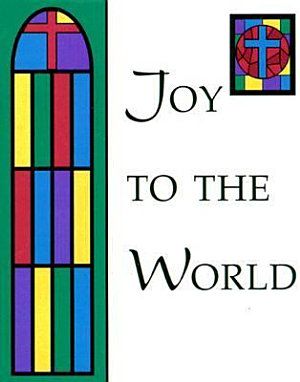 Our popular Charming Petites "TM" have eye-catching 4-color art and a wide array of subjects. Each has a 24K gold-plated or silver-plated charm to keep on the ribbon bookmark or to wear on a bracelet or necklace. Unlike anything else in the Christian book industry, these beautiful books (3-1/4" wide x 4" high) are filled with messages of goodwill and inspiration, combining Scripture and carefully chosen text. Hardcover case, 80 full color pages with a 24K gold-plated charm on a ribbon bookmark.