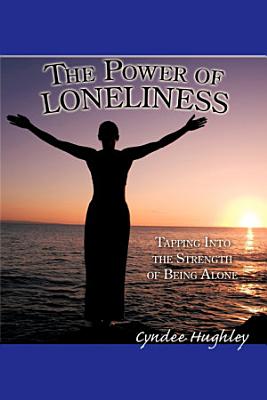 The Power of Loneliness This book is for everyone who has the capability to read, young and old. Each one of us were created by God who has meticulously established a plan and purpose for our life. As you learn what you read through these pages, then apply them to your life you will position yourself to be in the right place to begin receiving the abundance that is already stored for you in the archives of heaven. Ephesians 1:3 The timing is up to you in receiving your abundance not God because He has made it available from the beginning. Your receiving time is way different than God's availability time. The knowledge gained when applied will trigger your heavenly archives to be released. Remember, God will hasten to perform His Word where He sees it in action. Jeremiah 1:12 Knowledge is powerful! The book tells you to mix this with wisdom once you ask of God, then you will be unstoppable by the enemy. It tells you to stop telling God what you want to be when you grow up, but begin to seek after Him for what He made you to become while you were in your mother's womb. Instead of saying, "What do you want to be when you become an adult?" Say, "What has God called you to become when you become an adult?" Your perspective on life will totally change.

Loneliness creates major suffering in today's societies. This book looks at the promising sides of being alone. The author is well versed in the Christian tradition and able to integrate ancient beliefs with modern insights and practical advice. 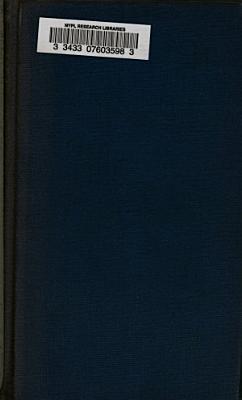 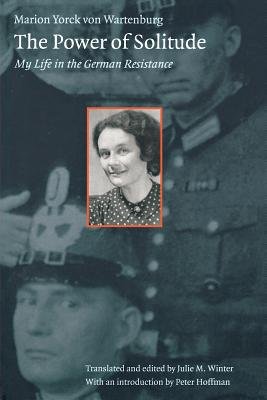 ?Dearly beloved Child of my Heart, we are probably standing at the end of our beautiful and rich life together. Because tomorrow the People?s Court intends to sit in judgment on me and others. I hear that we have been expelled from the army. They can take the uniform from us, but not the spirit in which we acted.??Peter Yorck vonøWartenburg, in a letter to his wife. Marion Yorck von Wartenburg was involved in the Nazi resistance group known as the Kreisau Circle, whose cofounder was her husband, Peter. The Kreisau Circle participated in the assassination attempt on Adolf Hitler on July 20, 1944. Peter?s cousin Claus Stauffen-berg and other members of the military resistance carried out the attempt. When they failed, hundreds of people were arrested, tried, and executed, including Peter. Marion and other members of the conspirators? families were also arrested and spent months jailed under miserable conditions. In this memoir Marion recreates the terrifying reality of her life as the wife of a resistance fighter and at the same time conveys the depth of the bond that existed between her and her husband. 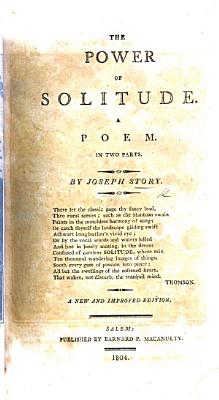 Can a barren city lot become a church? This is the story of an audacious journey. It's the story of what happens when people garden, worship, and eat together--and invite anyone and everyone to join them. In This Is God's Table, writer and pastor Anna Woofenden describes the way that the wealthy and the poor, the aged and the young, the housed and unhoused become a community in this once-empty lot. Together they plant and sustain a thriving urban farm, worship God, and share a weekly meal. Together they craft a shared life and a place of authenticity where all are welcome. Readers of Nadia Bolz-Weber, Sara Miles, and Diana Butler Bass will find here a kindred vision for a church without walls. As churches across the Western world wither, what would it take to find a raw, honest, gritty way of doing church--one rooted in place, nurtured by grace, and grounded in God's expansive love? What would it take to carry the liturgy outside the gates? What if we were to discover that in feeding others, we are fed? This is God's table. Come and eat. 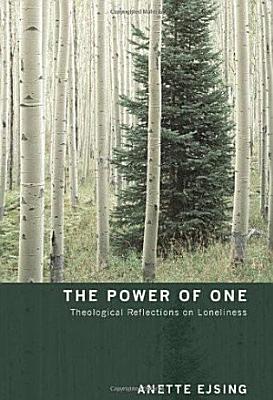 We do not like to talk about loneliness. We like even less to talk about the fact that the experience that faith does not automatically heal it. This is a problem, but what if it does not have to be that way? What if we can tap into loneliness as a source of personal empowerment? In The Power of One, Anette Ejsing makes exactly this case. Relying on personal stories, she first shows why romantic, spiritual, and social loneliness are particularly difficult to understand in the context of Christian faith. She then reflects theologically on these three kinds of loneliness, and describes it as a mystery that faith both does and does not heal them. In response to this mystery, she suggests thinking about loneliness as a privilege. Arguing from the perspective of a theology of suffering, she encourages each of us to tell our stories of loneliness from the perspective of the end God has in mind for us. This means accepting and embracing loneliness as a means through which God raises us up and strengthens us to persevere in joy and faith. Learning to do this is a privilege that gives us the opportunity to experience loneliness as a source of personal empowerment. 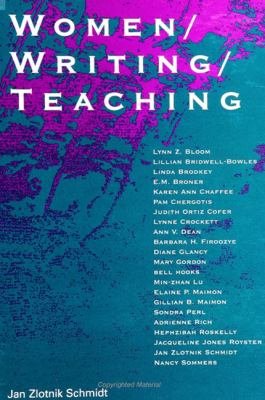 This book presents autobiographical visions of women writing teachers -- their complex lives as writers, as instructors, as feminists, as professionals in the academy. The authors explore their complex identities as teachers: the particular configurations of their pasts, gender, class, ethnic backgrounds, personalities, and cultures that have shaped their personae as instructors of writing. The contributors explore the intersections of their past and present experiences that influence and guide their development as writers and as instructors of writing. The book discusses how women can emerge from silence, gain authority and power as professionals, and balance the private and public aspects of their lives. In addition, it addresses how women constitute themselves as literacy teachers and what models of feminist pedagogy emerge. Women/Writing/Teaching is notable for the range, depth, and richness of the chapters; the dynamic interplay of voices, approaches, issues, and concerns; the multiethnic focus; and the high quality of the writings. It will prompt readers to explore their own life stories and to comprehend more fully women's complex lives as teaching professionals. 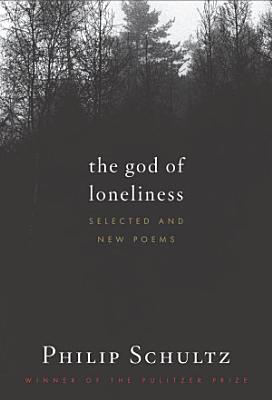 Philip Schultz, winner of the 2008 Pulitzer Prize for poetry, has been celebrated for his singular vision of the American immigrant experience and Jewish identity, his alternately fierce and tender portrayal of family life, and his rich and riotous evocation of city streets. His poems have found enthusiastic audiences among readers of Garrison Keillor’s Writer’s Almanac, Slate, The New Yorker, and other publications. His willingness to face down the demons of failure and loss, in his previous book particularly, make him a poet for our times, a poet who can write “If I have to believe in something / I believe in despair.” Yet he remains oddly undaunted: “sometimes, late at night / we, my happiness and I, reminisce / lifelong antagonists / enjoying each other’s company.” The God of Loneliness, a major collection of Schultz’s work, includes poems from his five books (Like Wings, Deep Within the Ravine, The Holy Worm of Praise, Living in the Past, Failure) and fourteen new poems. It is a volume to cherish, from “one of the least affected of American poets, and one of the fiercest” (Tony Hoagland), and it will be an essential addition to the history of American poetry. 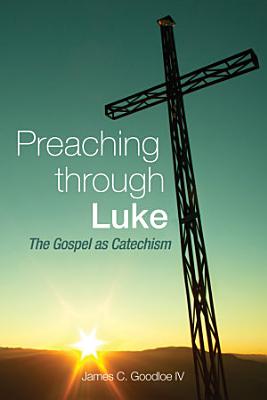 Luke wrote this Gospel so "that you [Theophilus] may have certainty concerning the things you have been taught [i.e., catechesis]" (1:4). It proceeds with a barrage of questions. The first comes from Zechariah: "How shall I know?" (1:18). This is a question of knowledge. The angel Gabriel answers that we shall know by the word of God (1:19). The second comes from Mary: "How will this be?" (1:34). This is a question of agency, of how the Son of God can become human. Gabriel answers that it will be by the power of God (1:35). The third comes from Elizabeth: "Why me?" (1:43). Why should the gospel of Jesus Christ come to her? Mary answers that it has to do with God's choice, election, mercy, and salvation (1:47-55). The fourth has to do with John: "What then will this child be?" (1:66). Zechariah answers that he will be a prophet (1:76-79). John is not the Christ, but he will go before the Christ. Thus begins the catechism according to Luke, a series of questions in order that we may have certainty concerning the things we have been taught. 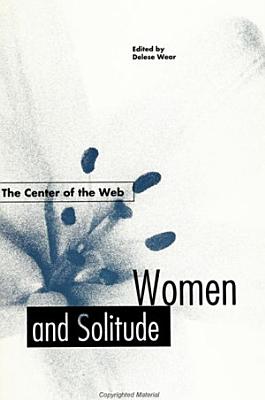 The Center of the Web examines the complexities of how solitude is perceived by women. Each contributor describes how solitude is a dimension of her personal and public life: how she defines it, if and how she seeks it, where she finds it, and how it influences her life. The voices in the book come from varied vantage points, illuminating womens perspectives of solitude with regard to class, culture, race, and sexual identity. Some essays are grounded in philosophy, literature, or psychology, others are autobiographical, and some confront the seeming dichotomy of solitude on one hand, and care, connection, and responsibility on the other. With the contemporary focus on womens experiences grounded in context and connection to others, this book presents a perspective often overlooked or unexamined. 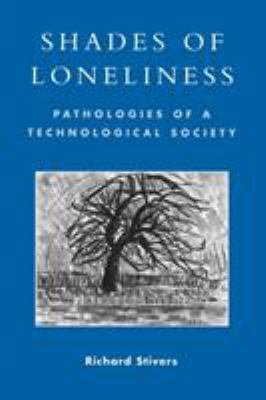 In this incisive and controversial book, Richard Stivers rejects genetic explanations of psychological problems, arguing instead that the very organization of technological societies is behind the pervasive experience of loneliness. In its extreme form, loneliness assumes pathological dimensions in neurosis and schizophrenia, which reflect the contradiction between power and meaninglessness that characterizes modern life. Loneliness, in its many manifestations, seems to be the price we must pay for living in a technological world. Yet nurturing family, friend, and community ties can mitigate its culturally and psychologically disorganizing power. This book is a clarion call for a renewal of moral awareness and custom to combat the fragmentation and depersonalization of our technological civilization. Visit our website for sample chapters! 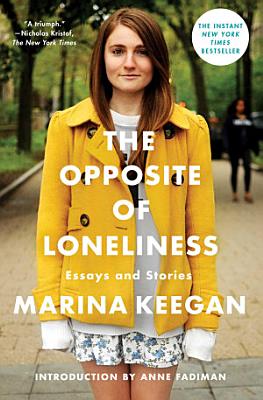 This hope-filled posthumous collection of essays and stories from the talented young Yale graduate who died tragically five days after graduation details the struggle that we all face as we figure out what we want to be and how we can positively impact the world.