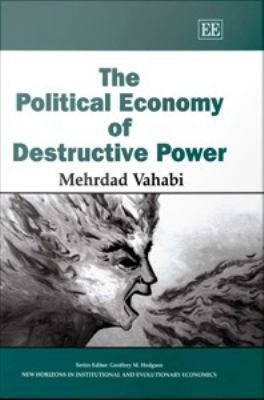 "This book will appeal to a broad and varied readership from a range of disciplines across the social sciences including economics, politics, sociology, history and psychology."--BOOK JACKET. 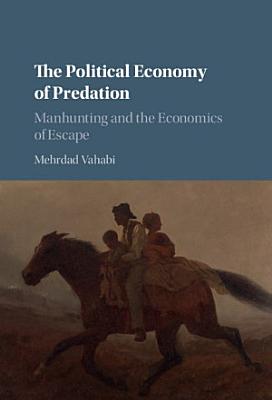 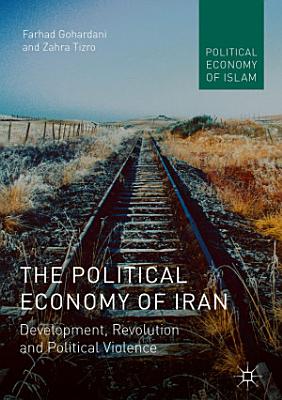 This study entails a theoretical reading of the Iranian modern history and follows an interdisciplinary agenda at the intersection of philosophy, psychoanalysis, economics, and politics and intends to offer a novel framework for the analysis of socio-economic development in Iran in the modern era. A brief review of Iranian modern history from the Constitutional Revolution to the Oil Nationalization Movement, the 1979 Islamic Revolution, and the recent Reformist and Green Movements demonstrates that Iranian people travelled full circle. This historical experience of socio-economic development revolving around the bitter question of “Why are we backward?” and its manifestation in perpetual socio-political instability and violence is the subject matter of this study. Michel Foucault’s conceived relation between the production of truth and production of wealth captures the essence of hypothesis offered in this study. Foucault (1980: 93–94) maintains that “In the last analysis, we must produce truth as we must produce wealth; indeed we must produce truth in order to produce wealth in the first place.” Based on a hybrid methodology combining hermeneutics of understanding and hermeneutics of suspicion, this monograph proposes that the failure to produce wealth has had particular roots in the failure in the production of truth and trust. At the heart of the proposed theoretical model is the following formula: the Iranian subject’s confused preference structure culminates in the formation of unstable coalitions which in turn leads to institutional failure, creating a chaotic social order and a turbulent history as experienced by the Iranian nation in the modern era. As such, the society oscillates between the chaotic states of socio-political anarchy emanating from irreconcilable differences between and within social assemblages and their affiliated hybrid forms of regimes of truth in the springs of freedom and repressive states of order in the winters of discontent. Each time, after the experience of chaos, the order is restored based on the emergence of a final arbiter (Iranian leviathan) as the evolved coping strategy for achieving conflict resolution. This highly volatile truth cycle produces the experience of socio-economic backwardness and violence. The explanatory power of the theoretical framework offered in the study exploring the relation between the production of truth, trust, and wealth is demonstrated via providing historical examples from strong events of Iranian modern history. The significant policy implications of the model are explored. This monograph will appeal to researchers, scholars, graduate students, policy makers and anyone interested in the Middle Eastern politics, Iran, development studies and political economy. 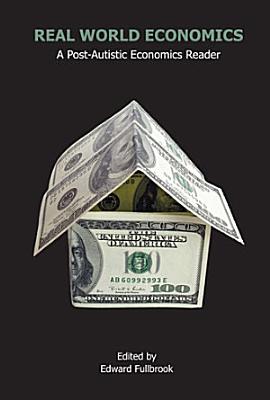 Economics is extremely sick. It is so locked in its past that nearly all of its introductory textbooks are modelled on one that appeared in 1948. The discipline cannot continue in its autistic state much longer. This book takes you to the heart of a fiery and many-faceted debate. It is comprised of 66 articles that have been selected based on their importance to the reform movement and for their accessibility to the general reader. ‘Real economic problems’ concern real people, so their analysis must be made intelligible to an educated general public if real democracy is to function. All economists must learn to live without the belief that there is only one right way of describing and explaining reality. This requires economists to begin the development of an ethos of honesty regarding the limitations of their chosen approaches. 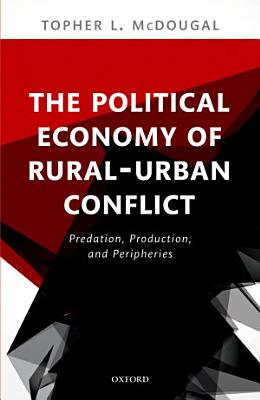 Why do some rebel insurgencies target cities as economic prey, whilst others are content to trade with them? Why are combat frontiers between insurgents and governments sometimes neatly delineated, and other times chaotic with disastrous humanitarian implications? Going beyond traditional organisational behaviour explanations, this book places insurgencies in dynamic economic relationships with urban areas - relationships instantiated by trade networks serving asthe economy's circulatory system. Two characteristics of trade networks are particularly powerful explanatory factors. The first is the structure of the road networks that link rural and urban areas(radial versus reticulated); the second is the type of underlying social system upon which trade networks are based (ranked versus unranked). They represent what might be termed respectively the 'hardware' and 'software' of the economic relationship. 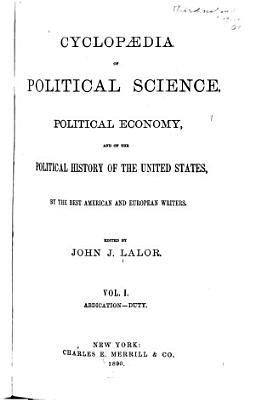 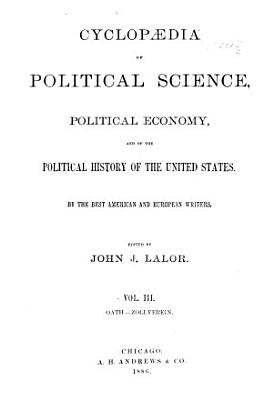 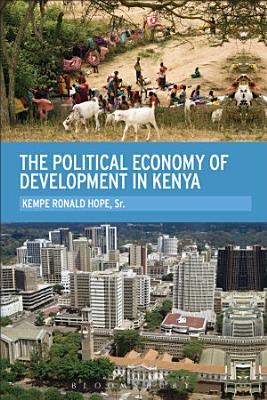 Kenya is a country of geopolitical and economic importance in East Africa. It shares borders with unstable states such as Somalia and Sudan while being a hub for trade, communication, finance, and transportation across the region. Although relatively stable since its independence in 1963, the country still faces poverty, inequality, and corruption. In addition, the contested election of 2007 led to severe ethnic strife that tested its political stability, leading to a new constitution in 2010. This unique survey by a leading expert on the region provides a critical analysis of the socio-economic development in Kenya from a political economy perspective. It highlights Kenya's transition from being a centralized state to having a clear separation of powers and analyzes key issues such as economic growth, urbanization, corruption, and reform. The book identifies Kenya's key socio-development problems and offers solutions to improve both governance and economic performance, making it an essential resource to researchers, academics, and policy makers working on development issues and African politics. 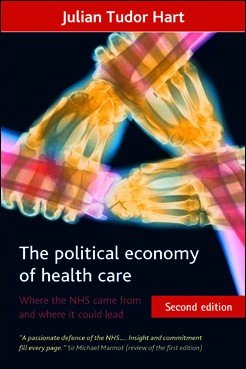 With a foreword by Tony Benn. Drawing on clinical experience dating from the birth of the NHS in 1948, Julian Tudor Hart, a politically active GP in a Welsh coal mining community, charts the progress of the NHS from its 19th century origins in workers' mutual aid societies, to its current forced return to the market. His starting point is a detailed analysis of how clinical decisions are made. He explores the changing social relationships in the NHS as a gift economy, how these may be affected by reducing care to commodity status, and the new directions they might take if the NHS resumed progress independently from the market. This edition of this bestselling book has been entirely rewritten with two new chapters, and includes new material on resistance to that world-wide process. The essential principle in the book is that patients need to develop as active citizens and co-producers of health gain in a humanising society and the author's aim is to promote it wherever people recognise that pursuit of profit may be a brake on rational progress. 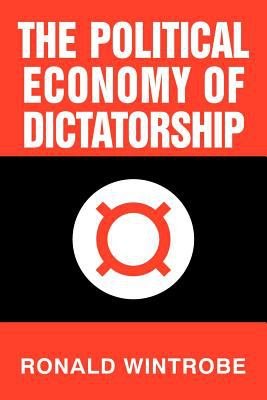 This book uses rational choice theory to understand the behaviour of dictators. 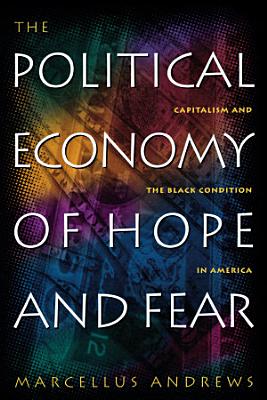 Popular liberal writing on race has relied on appeals to the value of "diversity" and the fading memory of the Civil Rights movement to counter the aggressive conservative assault on liberal racial reform generally, and on black well-being, in particular. Yet appeals to fairness and justice, no matter how heartfelt, are bound to fail, Marcellus Andrews argues, since the economic foundations of the Civil Rights movement have been destroyed by the combined forces of globalization, technology, and tight government budgets. The Political Economy of Hope and Fear fills an important intellectual gap in writing on race by developing a hard-nosed economic analysis of the links between competitive capitalism, racial hostility, and persistent racial inequality in post-Civil Rights America. Andrews speaks to the anger and frustration that blacks feel in the face of the nation's abandonment of racial equality as a worthy objective by showing how the considerable difficulties that black Americans face are related to fundamental changes in the economic fortunes of the U.S. The Political Economy of Hope and Fear is an economist's plea for unsentimental thinking on matters of race to replace the mixture of liberal hand wringing and conservative mythmaking that currently passes for serious analysis about the nation's racial predicament. 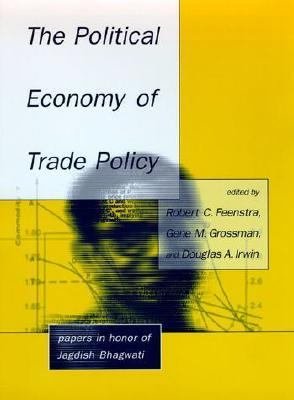 This collection of papers by former students and colleagues celebrates the profound impact that Jagdish Bhagwati has had on the field of international economics over the past three decades. Bhagwati, who is the Arthur Lehman Professor of Economics at Columbia University, has made pathbreaking contributions to the theory of international trade and commercial policy, including immiserizing growth, domestic distortions, economic development, and political economy. His success and influence as a teacher and mentor is widely recognized among students at both MIT and Columbia, and as founder of the Journal of International Economics, he has encouraged research on many questions of theoretical and policy relevance. The political economy of trade policy, Bhagwati's most recent area of interest, is the theme of this collection which addresses salient topics including market distortions, income distribution, and the political process of policy-making. Sections and Contributors: - Market Distortions. T. N. Srinivasan. Paul A. Samuelson. Paul R. Krugman. - Trade and Income Distribution. Douglas A. Irwin. Richard A. Brecher and Ehsan U. Choudri. Robert C. Feenstra and Gordon H. Hanson. Earl L. Grinols. - Perspectives on Political Economy. Robert E. Baldwin. Peter Diamond. - Models of Political Economy and Trade. Gene M. Grossman and Elhana Helpman. John Douglas Wilson. B. Peter Rosendorff. Arvind Panagariya and Ronald Findlay. 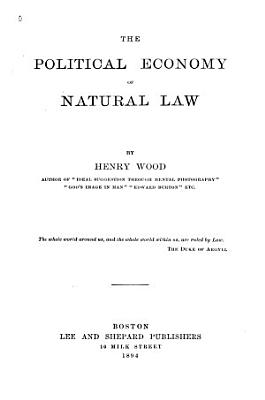 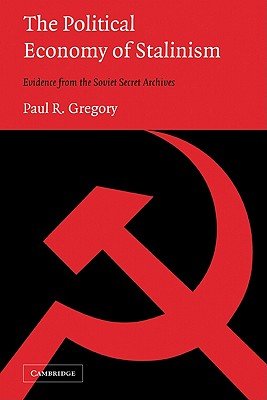 This book uses the formerly secret Soviet state and Communist Party archives to describe the creation and operations of the Soviet administrative command system. It concludes that the system failed not because of the 'jockey'(i.e. Stalin and later leaders) but because of the 'horse' (the economic system). Although Stalin was the system's prime architect, the system was managed by thousands of 'Stalins' in a nested dictatorship. The core values of the Bolshevik Party dictated the choice of the administrative command system, and the system dictated the political victory of a Stalin-like figure. This study pinpoints the reasons for the failure of the system - poor planning, unreliable supplies, the preferential treatment of indigenous enterprises, the lack of knowledge of planners, etc. - but also focuses on the basic principal-agent conflict between planners and producers, which created a sixty-year reform stalemate.