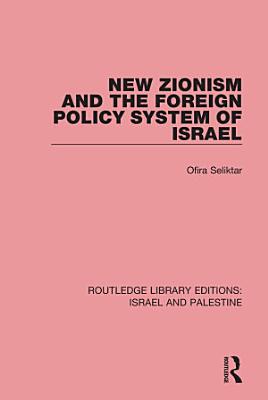 The invasion of Lebanon was the culmination of an extraordinary change which New Zionism created in Israel’s foreign policy system. This book, first published in 1986, examines how New Zionism came to dominate Israeli politics and it investigates the implications of this new ideology for the future of the Middle East. The author agrees that after the creation of the State of Israel, the belief system of the evolving society gradually changed. After the Six-Day War the ideology of Socialist Zionism became increasingly discredited and replaced by the New Zionist quest for Eretz Israel. Hardened by the harsh experience of the continuing Arab-Israeli conflict and enhanced by the threatening image of the enemy, the political culture in Israel became less tolerant and more receptive to the language of New Zionism. As a result, Begin’s Likud came to power in 1977 and quickly changed the whole basis of Israel’s foreign policy. Instead of the cautious pragmatism of Socialist Zionism the Begin government pursued the ‘grand design’ that had enjoyed a long tradition in Revisionist thinking. Although General Sharon was responsible for the actual conduct of the war, it was the New Zionist propensity to use military force to introduce a new order in the Middle East which was responsible for the invasion. The book suggests that it is still too early to assess the full impact of the war in Lebanon on New Zionism. Although the war failed to validate any of the ‘grand design’ tenets of New Zionism, the violent Shiite response in Southern Lebanon may serve to strengthen the New Zionist hard line. This could hasten the annexation of the occupied territories as the final stage of turning the State of Israel into the Land of Israel. 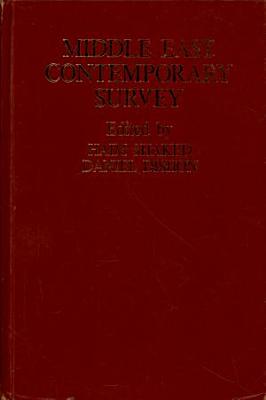 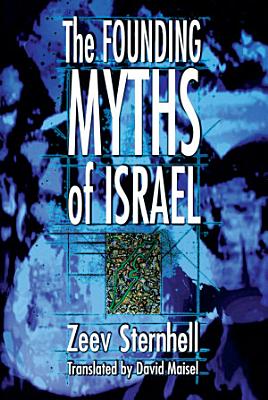 The well-known historian and political scientist Zeev Sternhell here advances a radically new interpretation of the founding of modern Israel. The founders claimed that they intended to create both a landed state for the Jewish people and a socialist society. However, according to Sternhell, socialism served the leaders of the influential labor movement more as a rhetorical resource for the legitimation of the national project of establishing a Jewish state than as a blueprint for a just society. In this thought-provoking book, Sternhell demonstrates how socialist principles were consistently subverted in practice by the nationalist goals to which socialist Zionism was committed. Sternhell explains how the avowedly socialist leaders of the dominant labor party, Mapai, especially David Ben Gurion and Berl Katznelson, never really believed in the prospects of realizing the "dream" of a new society, even though many of their working-class supporters were self-identified socialists. The founders of the state understood, from the very beginning, that not only socialism but also other universalistic ideologies like liberalism, were incompatible with cultural, historical, and territorial nationalism. Because nationalism took precedence over universal values, argues Sternhell, Israel has not evolved a constitution or a Bill of Rights, has not moved to separate state and religion, has failed to develop a liberal concept of citizenship, and, until the Oslo accords of 1993, did not recognize the rights of the Palestinians to independence. This is a controversial and timely book, which not only provides useful historical background to Israel's ongoing struggle to mobilize its citizenry to support a shared vision of nationhood, but also raises a question of general significance: is a national movement whose aim is a political and cultural revolution capable of coexisting with the universal values of secularism, individualism, and social justice? This bold critical reevaluation will unsettle long-standing myths as it contributes to a fresh new historiography of Zionism and Israel. At the same time, while it examines the past, The Founding Myths of Israel reflects profoundly on the future of the Jewish State. 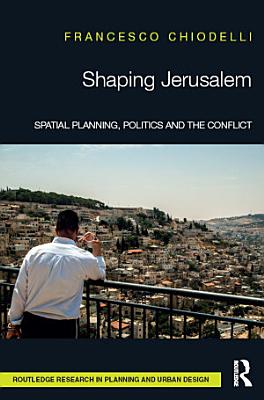 Shaping Jerusalem: Spatial planning, politics and the conflict focuses on a hidden facet of the Israeli-Palestinian conflict; the relentless reshaping of the Holy City by the Israeli authorities through urban policies, spatial plans, infrastructural and architectural projects, land use and building regulations. From a political point of view, the Israeli-Palestinian conflict may appear to be at an impasse; however, it is precisely by looking at the city’s physical space that one can perceive that a war of cement and stone is under way. Many books have been written on the Israeli-Palestinian conflict over Jerusalem; some of them have focused on the urban fabric; Shaping Jerusalem uniquely discusses the role of Israeli spatial actions within the conflict. It argues that Israel’s main political objective – control over the whole city – is ordinarily and silently pursued through physical devices which permanently modify the territory and the urban fabric. Relying on strong empirical evidence and data through the analysis of statistical data, official policies, urban projects, and laws, author Francesco Chiodelli substantiates the political discussion with facts and figures about the current territorial situation of the city, and about the Israeli policies implemented in the city in the past six decades. 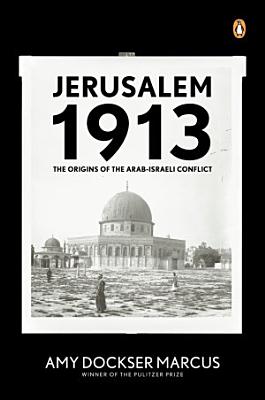 A Pulitzer Prize-winning reporter examines the true history of the discord between Israel and Palestine with surprising results Though the origins of the Arab-Israeli conflict have traditionally been traced to the British Mandate (1920-1948) that ended with the creation of the Israeli state, a new generation of scholars has taken the investigation further back, to the Ottoman period. The first popular account of this key era, Jerusalem 1913 shows us a cosmopolitan city whose religious tolerance crumbled before the onset of Z ionism and its corresponding nationalism on both sides-a conflict that could have been resolved were it not for the onset of World War I. With extraordinary skill, Amy Dockser Marcus rewrites the story of one of the world's most indelible divides. 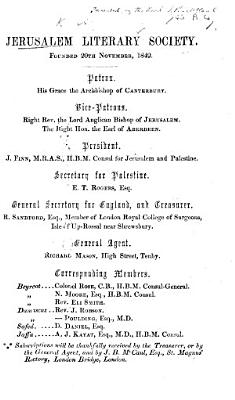 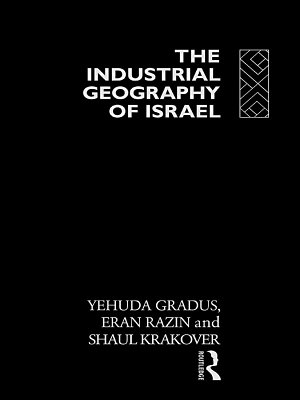 Israel's industrial geography is unique. The continuing Arab-Israeli conflict has been a primary force behind government intervention in settlement patterns, and has led to a major effort to disperse industry. The geopolitical situation has also encouraged a policy of attempted self-reliance, especially for defence purposes. These factors, combined with an abundant human capital, have given Israeli high-technology industries a special place in the international division of labour. The absorption of waves of mass immigration has influenced industrial development. Rural industrialisation, mainly by the Kibbutz (communal settlement) movement, is another unique feature. The Industrial Geography of Israel presents a comprehensive overview of industrial spatial development of Israel from the Ottoman era to present times, evaluating industrial dispersal policy, corporate geography, high-technology industries, entrepreneurship and rural industrial development. The spatial development of Israeli industry is set within the broader context of Israel's political and economic development and of global economic change, as well as theories of industrial location and regional planning and development. 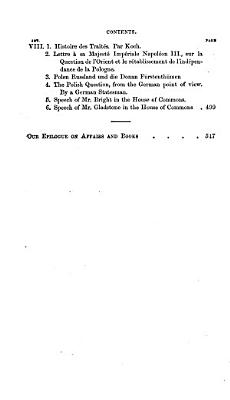 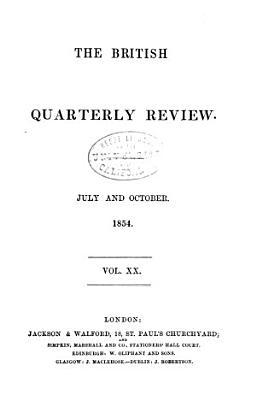 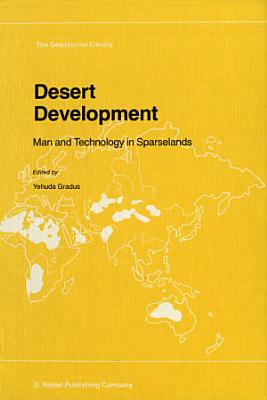 The fact that approximately one-third of the world's land mass is arid desert may be congenial for the camel and the cactus, but not for people. Nevertheless, well over half a billion people, or 15% of the world's population live in arid desert areas. If the world's population were distributed evenly over the land surface, we would expect to find about 30% of the population inhabiting arid desert areas. Does the fact that 'only' 15% of the world's population live in an arid desert environment reflect the harshness of the environment? Or is it a testimony to the adaptability and ingenuity of mankind? Do we view the glass as half-full? Or half-empty? The contributors to Desert Development: Man and Technology in Sparselands adopt the position that the cup is half-full and, in fact, could be filled much more. Indeed, many arid desert zones do thrive with life, and given appropriate technological develop ment, such areas could support even greater popUlations. While the dire Malthusian prediction that rapid world population growth exceeds the carrying capacity of existent resource systems has gained popularity (typified by the 1972 Club of Rome book, Limits to Growth), there is a growing body of serious work which rejects such pessimistic 'depletion' models, in favor of models which are mildly optimistic. 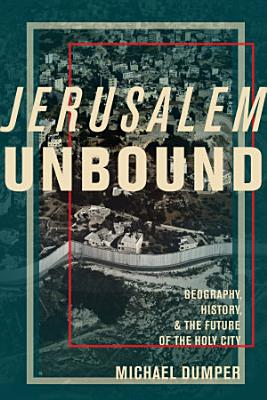 Jerusalem's formal political borders reveal neither the dynamics of power in the city nor the underlying factors that make an agreement between Israel and the Palestinians so difficult. The lines delineating Israeli authority are frequently different from those delineating segregated housing or areas of uneven service provision or parallel national electoral districts of competing educational jurisdictions. In particular, the city's large number of holy sites and restricted religious compounds create enclaves that continually threaten to undermine the Israeli state's authority and control over the city. This lack of congruity between political control and the actual spatial organization and everyday use of the city leaves many areas of occupied East Jerusalem in a kind of twilight zone where citizenship, property rights, and the enforcement of the rule of law are ambiguously applied. Michael Dumper plots a history of Jerusalem that examines this intersecting and multileveled matrix and, in so doing, is able to portray the constraints on Israeli control over the city and the resilience of Palestinian enclaves after forty-five years of Israeli occupation. Adding to this complex mix is the role of numerous external influences—religious, political, financial, and cultural—so that the city is also a crucible for broader contestation. While the Palestinians may not return to their previous preeminence in the city, neither will Israel be able to assert a total and irreversible dominance. His conclusion is that the city will not only have to be shared but that the sharing will be based upon these many borders and the interplay between history, geography, and religion. 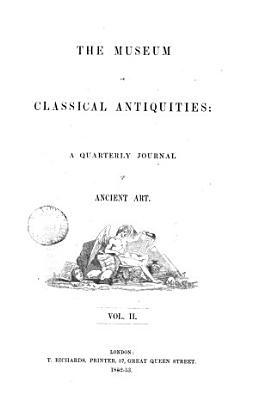