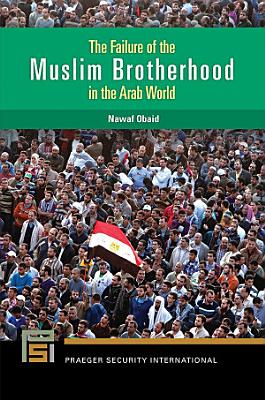 This book is an indispensable resource for anyone looking to understand the Muslim Brotherhood, Qatar's role in promoting the group, and the ideological, social, and religious factors that have led to its ultimate failure. The book begins by looking at the birth of the Muslim Brotherhood (MB) in 1928 in Egypt. It then traces its ideology and expansion via the various affiliate organizations in the Arab world as well as its international presence up to the present day. Throughout this historical analysis, evidence is presented linking the MB again and again to political violence and a lack of a coherent policy. The book weaves into this history the influence of Qatari support, a clarification of the division between true Salafism and the MB's radical ideology, an explanation of how Jamal Khashoggi was a living metaphor for this misunderstanding, and the role the MB has played in various revolutionary movements throughout the Middle East. The book concludes with a current geopolitical outlook on the MB itself and the Arab world in which it resides. The book is extensively sourced with first-hand primary source quotes from numerous exclusive personal interviews conducted by the author, both with experts on the subject and officials in the region. Provides a detailed account of the Muslim Brotherhood's history and its affiliates in every relevant country Fully documents Qatar's support for the Muslim Brotherhood and the nature of the current boycott against it led by Saudi Arabia Gives a novel perspective on the Muslim Brotherhood's ideology via a chapter-long discussion of Salafism Offers a candid, personal look at Jamal Khashoggi's struggle with his loyalty to the Muslim Brotherhood (MB) and Saudi Arabia and shows how this serves as a metaphor for the MB and its members 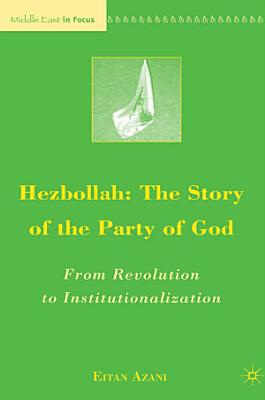 The book examines the Hezbollah movement from a multidisciplinary, comprehensive, historical, and systematic perspective to explain how it has evolved since its inception in the early 1980s to the present. 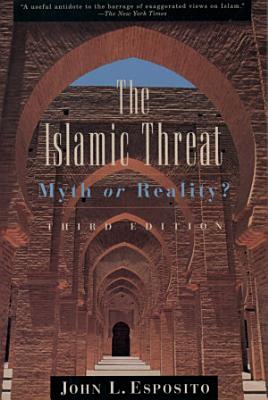 Are Islam and the West on a collision course? From the Ayatollah Khomeini to Saddam Hussein, the image of Islam as a militant, expansionist, and rabidly anti-American religion has gripped the minds of Western governments and media. But these perceptions, John L. Esposito writes, stem from a long history of mutual distrust, criticism, and condemnation, and are far too simplistic to help us understand one of the most important political issues of our time. In this new edition of The Islamic Threat: Myth or Reality?, Esposito places the challenge of Islam in critical perspective. Exploring the vitality of this religion as a global force and the history of its relations with the West, Esposito demonstrates the diversity of the Islamic resurgence--and the mistakes our analysts make in assuming a hostile, monolithic Islam. This third edition has been expanded to include new material on current affairs in Turkey, Afghanistan, Palestine, and Southeast Asia, as well as a discussion of international terrorism. 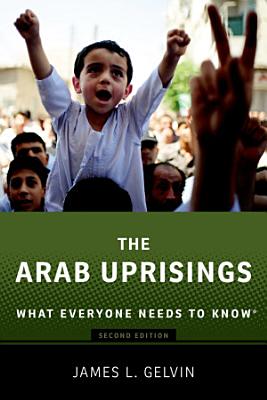 Employing an engaging question-and-answer format, The Arab Uprisings explores the revolutionary protests that have rocked the Arab world since late 2010. In this updated and revised second edition, James L. Gelvin explores the varied paths taken by the uprisings and assesses their historical and global significance. Gelvin begins with an overview-What were the conditions in the Arab world that led to the uprisings? Where did the demands for human and democratic rights and social and economic justice come from?-before turning to specific countries in the region. He examines how the long history of state-building in Tunisia and Egypt ultimately determined the paths taken by uprisings there. He explains why the weakness of state institutions in Libya and Yemen led to violence and chaos. He explores the commonalities of the "coup-proofed" states Bahrain and Syria and the tragic course of their uprisings. In the final chapter, he discusses the implications of the uprisings. What do they mean for the United States, al-Qaeda, and the balance of power in the region? What do they say about the viability of the Arab state system? What effects have they had on the Israel-Palestine conflict? What conclusions might we draw from the uprisings so far? When will we know their historical meaning? What Everyone Needs to Know® is a registered trademark of Oxford University Press. 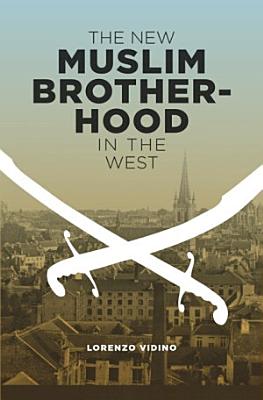 In Europe and North America, networks tracing their origins back to the Muslim Brotherhood and other Islamist movements have rapidly evolved into multifunctional and richly funded organizations competing to become the major representatives of Western Muslim communities and government interlocutors. Some analysts and policy makers see these organizations as positive forces encouraging integration. Others cast them as modern-day Trojan horses, feigning moderation while radicalizing Western Muslims. Lorenzo Vidino brokers a third, more informed view. Drawing on more than a decade of research on political Islam in the West, he keenly analyzes a controversial movement that still remains relatively unknown. Conducting in-depth interviews on four continents and sourcing documents in ten languages, Vidino shares the history, methods, attitudes, and goals of the Western Brothers, as well as their phenomenal growth. He then flips the perspective, examining the response to these groups by Western governments, specifically those of Great Britain, Germany, and the United States. Highly informed and thoughtfully presented, Vidino's research sheds light on a critical juncture in Muslim-Western relations. 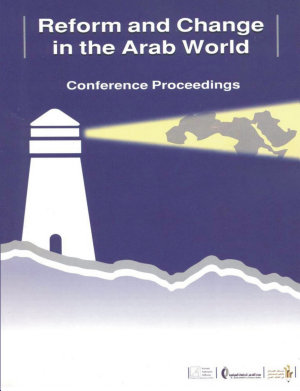 This book includes papers presented at the first conference entitled “Network of Reform and Democratic Change in the Arab World” which was jointly organized by Al Quds Center for Political Studies and the Konrad Adenauer Foundation in Amman, 8-10 December 2006. Papers were presented by intellectuals and politicians who reside on various locations of the reform spectrum. They addressed a wide range of reform concepts, its priorities and mechanism. The papers also tackle the reform experience and official, civil, Arab, and international initiatives. They also identify the role of “political Islam” in this process 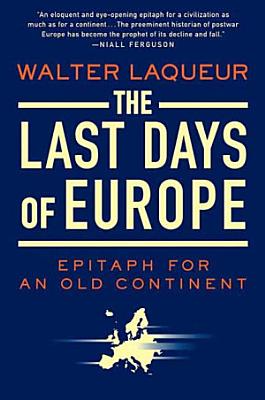 • In Brussels in 2004, more than 55 percent of the children born were of immigrant parents • Half of all female scientists in Germany are childless • According to a poll in 2005, more than 40 percent of British Muslims said Jews were a legitimate target for terrorist attacks What happens when a falling birthrate collides with uncontrolled immigration? The Last Days of Europe explores how a massive influx from Asia, Africa, and the Middle East has loaded Europe with a burgeoning population of immigrants, many of whom have no wish to be integrated into European societies but make full use of the host nations' generous free social services. One of the master historians of twentieth-century Europe, Walter Laqueur is renowned for his "gold standard" studies of fascism, terrorism, and anti-Semitism. Here he describes how unplanned immigration policies and indifference coinciding with internal political and social crises have led to a continent-wide identity crisis. "Self-ghettoization" by immigrant groups has caused serious social and political divisions and intense resentment and xenophobia among native Europeans. Worse, widespread educational failure resulting in massive youth unemployment and religious or ideological disdain for the host country have bred extremist violence, as seen in the London and Madrid bombings and the Paris riots. Laqueur urges European policy makers to maintain strict controls with regard to the abuse of democratic freedoms by preachers of hate and to promote education, productive work, and integration among the new immigrants. Written with deep concern and cool analysis by a European-born historian with a gift for explaining complex subjects, this lucid, unflinching analysis will be a must-read for anyone interested in international politics and the so-called clash of civilizations. 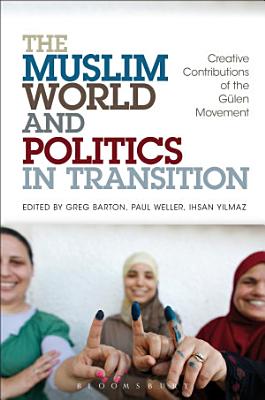 As a leading movement in contemporary Turkey with a universal educational and inter-faith agenda, the Gülen movement aims to promote creative and positive relations between the West and the Muslim world and to articulate a critically constructive position on such issues as democracy, multi-culturalism, globalisation, and interfaith dialogue in the context of secular modernity. Many countries in the predominantly Muslim world are in a time of transition and of opening to democratic development of which the so-called "Arab Spring†? has seen only the most recent and dramatic developments. Particularly against that background, there has been a developing interest in "the Turkish model†? of transition from authoritarianism to democracy. The Muslim World and Politics in Transition includes chapters written by international scholars with expertise in relation to the contexts that it addresses. It discusses how the Gülen movement has positioned itself and has sought to contribute within societies – including the movement's home country of Turkey – in which Muslims are in the majority and Islam forms a major part of the cultural, religious and historical inheritance. The movement and initiatives inspired by the Turkish Muslim scholar Fethullah Gülen began in Turkey, but can now be found throughout the world, including in both Europe and in the 'Muslim world'. Bloomsbury has a companion volume edited by Paul Weller and Ihsan Yilmaz on European Muslims, Civility and Public Life: Perspectives on and From the Gulen Movement. 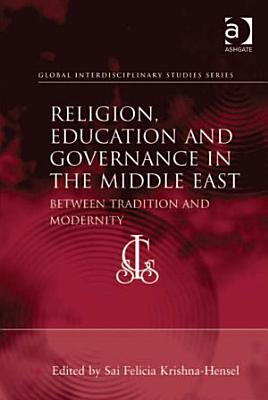 The Middle East is a key geopolitical strategic region in the international system but its distinctive cultural and political divisions present a mosaic of states that do not lend themselves to simplistic interpretations. A thoughtful analysis of the Middle East requires an understanding of the synergism between tradition and modernity in the region as it adapts to a globalizing world. Religious education and activism continue to remain a significant factor in the modernization process and the development of modern governance in the states of the Middle East. This interdisciplinary book explores the historical and contemporary role of religious tradition and education on political elites and governing agencies in several major states as well as generally in the region. The relationship between democracy and authority is examined to provide a better understanding of the complexity underlying the emergence of new power configurations. As the region continues to respond to the forces of change in the international system it remains an important and intriguing area for analysts. 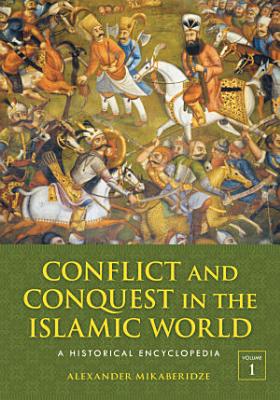 · Includes an introductory essay · Provides over 600 A–Z entries, many with accompanying images · Contains contributions by some of the leading scholars in the field of military history · Provides a convenient glossary of commonly used Islamic military terms intended for general readers 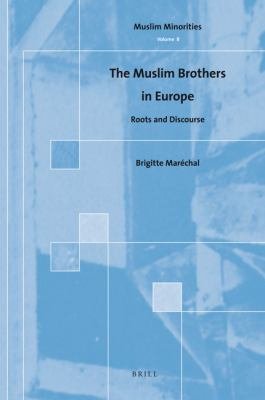 Based on interviews and discourse of the Muslim Brotherhood members, this book offers a comprehensive overview of the ways in which their historical heritage is appropriated and continued beyond the movement's internal tensions and pretension to represent the Islamic orthodoxy. 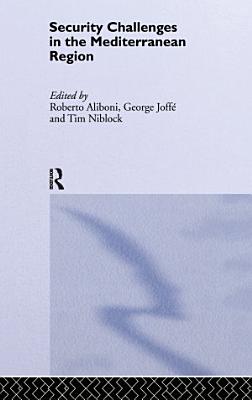 Contributions to this book question the concept of the clash of cultures. The challenge to the West does not lie in the monolith of Islam turning aggressively outward to Europe and the US, but in the rivalries between regimes ruling over societies divided by an imbalance in wealth and power. 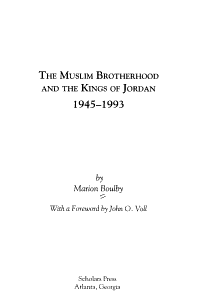 Boulby examines the ideology and social base of the organization from its founding, based on the notion that the considerable discussion of contemporary Islamist organizations in Middle Eastern and Western literature have insufficiently analyzed specific movements in specific countries. She focuses on the Brotherhood's relationship with the Jordanian state to highlight several characteristics. Among them are a non-confrontational approach to the regime, a willingness to work within a parliamentary system without embracing liberal democracy as an end goal, and the disintegration of the symbiotic relationship in the last few years of the study period. Annotation copyrighted by Book News, Inc., Portland, OR