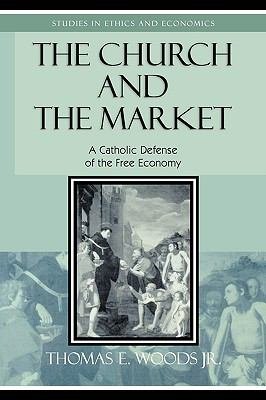 Filling a lapse in the debate on the role of religious thought in economic theory, The Church and the Market: A Catholic Defense of the Free Economy, informed by the history of Catholic economic thought, shows that the long-seen contradiction between Catholic faith and support for the market economy does not exist. 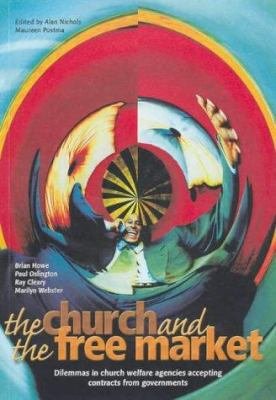 Politics and religion combine when governments contract out welfare services to church welfare agencies. This practice raises questions of the autonomy of church agencies, maintenance of their distinctively Christian value base, and the extent to which the Church is being co-opted into government policy. 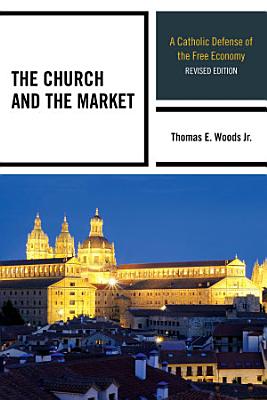 The Church and the Market is a vigorous and lively defense of the market economy and a withering attack on all forms of state intervention. It covers labor unions, monopoly, money and banking, business cycles, interest, usury, and much more. Although it makes a particular point of noting the moral arguments of the market economy and that Catholics are of course perfectly at liberty to support it, its audience is much broader than Catholics alone. Readers of all religious traditions and none at all have praised The Church and the Market, first-place winner in the 2006 Templeton Enterprise Awards, as one of the most compelling and persuasive defenses of capitalism against its critics ever written. 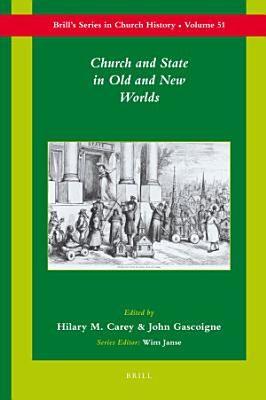 Drawing on a diverse range of case studies in both the Old World of Europe and the New World of the European settler societies in the United States, Australia and New Zealand this volume offers an original perspective on the conduct of church-state relations and how these have been reshaped by translation from the Old to the New Worlds. 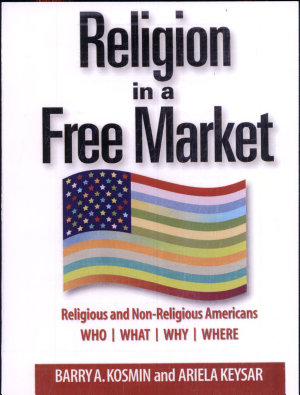 150 charts and tables documenting every aspect of adult Americans by their religious traditions and ethnicity, including age, income, gender, marital status,etc. 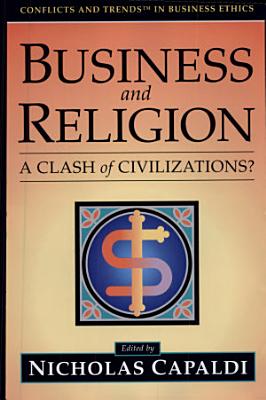 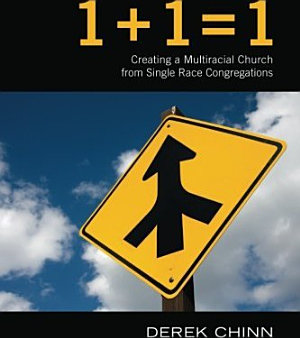 The population of the United States is changing. By 2042, U.S. census figures indicate that the majority racial population will no longer be white. In addition, churches are dying as congregants age and fail to add younger members to sustain their ministry. These shifting demographics represent a significant challenge and opportunity for the church. Derek Chinn proposes an overlooked solution: join congregations together to create a multiracial church. For this unique concept, Chinn offers a biblically grounded and practical perspective on what it takes to make this ministry approach viable. The heart of this ministry approach is redemption--of tired or shrinking ministries, of assets that God has given His people to advance the local church, and of brokenness due to racial and ethnic differences. This book is for church leaders, church planters, cross-cultural ministry leaders, and those involved with urban missions. 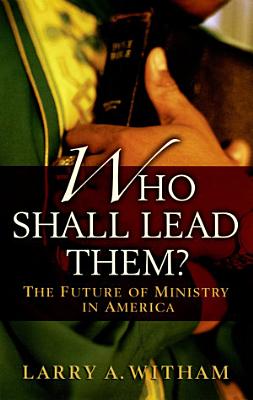 The clergy today faces mounting challenges in an increasingly secular world, where declining prestige makes it more difficult to attract the best and the brightest young Americans to the ministry. As Christian churches dramatically adapt to modern changes, some are asking whether there is a clergy crisis as well. Whatever the future of the clergy, the fate of millions of churchgoers also will be at stake. In Who Shall Lead Them?, prizewinning journalist Larry Witham takes the pulse of both the Protestant and Catholic ministry in America and provides a mixed diagnosis of the calling's health. Drawing on dozens of interviews with clergy, seminarians and laity, and using newly available survey data including the 2000 Census, Witham reveals the trends in a variety of traditions. While evangelicals are finding innovative paths to ministry, the Catholic priesthood faces a severe shortage. In mainline Protestantism, ministry as a second career has become a prominent feature. Ordination ages in the Episcopal and United Methodist churches average in the 40s today. The quest by female clergy to lead from the pulpit, meanwhile, has hit a "stained glass ceiling" as churches still prefer a man as the principal minister. While deeply motivated by the mystery of their "call" to ministry, America's priests, pastors, and ministers are reassessing their roles in a world of new debates on leadership, morality, and the powers of the mass media. Who Shall Lead Them? offers a valuable snapshot of this contemporary clergy drama. It will be required reading for everyone concerned about the rapidly shifting ground of our churches and the health of religion in America. 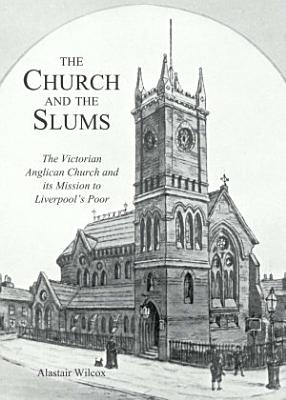 Organised religion played such a central part in Victorian life that it is impossible to understand this era without some reference to it. Yet the question, which worried the Victorians, still remains, how religious was the mass of Victorian society? Recent scholarship has challenged the orthodoxy that the working classes, and the working classes of large urban centres in particular, were irreligious. Yet Liverpool, with its large migratory population, including Roman Catholics from Ireland and Nonconformists from Wales and Scotland, appeared to offer unpromising ground for the Anglican Church to sow its seed. Within the city, Liverpool’s notorious slums seemed to offer the most barren ground of all. What strategies did the Anglican clergy employ to make their churches work at a grassroots level? How could they overcome the problems they faced, which ranged from the hostility of the local community to severe financial constraints? How helpful was the advice dispensed by Church handbooks in dealing with these challenges? More important, is it now possible to estimate the success in gaining not only worshippers, but a wider penumbra of working class adherents to church-based activities? Some of Liverpool’s more aristocratic churches were overwhelmed by the encroaching city slums, and the reaction of at least one clergyman was to retreat within his vicarage, and ‘shut up shop’. However, other clergy set about energetically working the slums. Largely Oxbridge men, with a very different background in social and educational terms to their flock, they made surprising progress. By drawing upon a variety of local sources, including many hitherto unused, this book contends that it is possible to evaluate the success of the Anglican Church in the slums. The Church had successes not only to be judged solely by the number of working class worshippers, but also by the uses the local community made of rites of passage, philanthropic activities and the clubs and societies offered by the Anglican Church in Liverpool. This book is aimed at readers interested in researching family and local history as well as those following wider national trends in religious history. 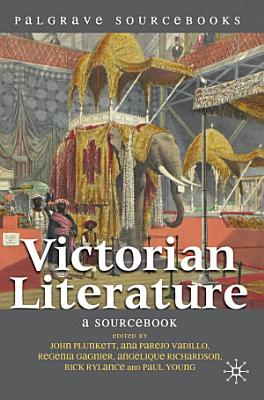 An anthology of both familiar and previously unavailable primary texts that illuminate the world of nineteenth-century ideas. An expert team introduce and annotate a range of original social, cultural, political and historical documents necessary for contextualising key literary texts from the Victorian period. 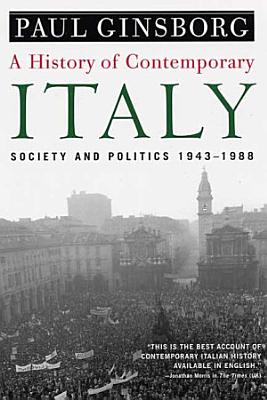 From a war-torn and poverty-stricken country, regional and predominantly agrarian, to the success story of recent years, Italy has witnessed the most profound transformation--economic, social and demographic--in its entire history. Yet the other recurrent theme of the period has been the overwhelming need for political reform--and the repeated failure to achieve it. Professor Ginsborg's authoritative work--the first to combine social and political perspectives--is concerned with both the tremendous achievements of contemporary Italy and "the continuities of its history that have not been easily set aside." 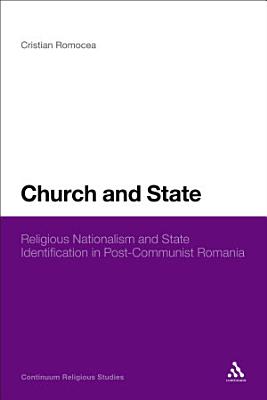 Twenty years have passed since the fall of the Iron Curtain, yet emerging democracies continue to struggle with a secular state which does not give preference to churches as major political players. This book explores the nationalist inclinations of an Eastern Orthodox Church as it interacts with a politically immature yet decisively democratic Eastern European state. Discussing the birth pangs of extreme nationalist movements of the twentieth century, it offers a creative retelling of the ideological idiosyncrasies which have characterized Marxist Communism and Nazism. Cristian Romocea provides a constant juxtaposition of the ideological movements as they interacted and affected organized religion, at times seeking to remove it, assimilate it or even imitate it. Of interest to historians, theologians and politicians, this book introduces the reader, through a case study of Romania, to relevant and contemporary challenges churches worldwide are facing in a context characterized by increased secularization of the state and radicalization of religion. 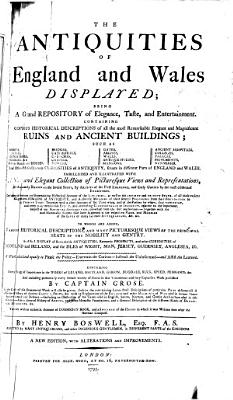 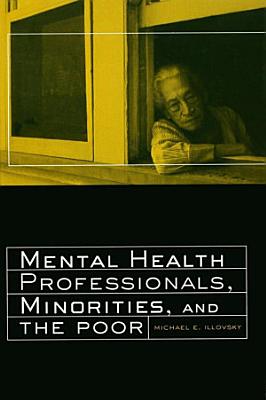