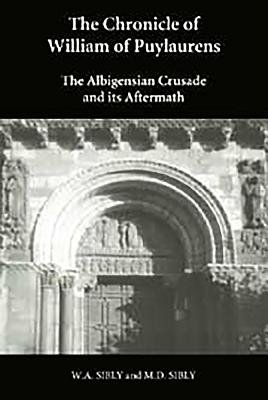 First translation into English of key chronicle for events of the Albigensian Crusade and the attack on heresy, including the siege of the Cathar stronghold, Montsegur. 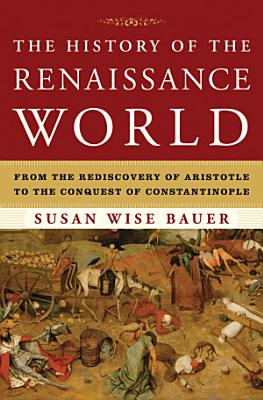 A lively and fascinating narrative history about the birth of the modern world. Beginning in the heady days just after the First Crusade, this volume—the third in the series that began with The History of the Ancient World and The History of the Medieval World—chronicles the contradictions of a world in transition. Popes continue to preach crusade, but the hope of a Christian empire comes to a bloody end at the walls of Constantinople. Aristotelian logic and Greek rationality blossom while the Inquisition gathers strength. As kings and emperors continue to insist on their divine rights, ordinary people all over the world seize power: the lingayats of India, the Jacquerie of France, the Red Turbans of China, and the peasants of England. New threats appear, as the Ottomans emerge from a tiny Turkish village and the Mongols ride out of the East to set the world on fire. New currencies are forged, new weapons invented, and world-changing catastrophes alter the landscape: the Little Ice Age and the Great Famine kill millions; the Black Death, millions more. In the chaos of these epoch-making events, our own world begins to take shape. Impressively researched and brilliantly told, The History of the Renaissance World offers not just the names, dates, and facts but the memorable characters who illuminate the years between 1100 and 1453—years that marked a sea change in mankind’s perception of the world. 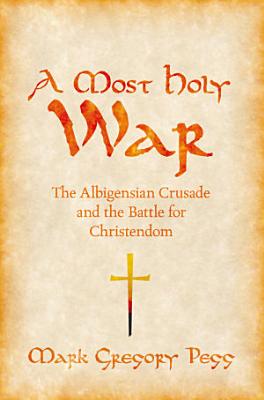 In January of 1208, a papal legate was murdered on the banks of the Rhone in southern France. A furious Pope Innocent III accused heretics of the crime and called upon all Christians to exterminate heresy between the Garonne and Rhone rivers--a vast region now known as Languedoc--in a great crusade. This most holy war, the first in which Christians were promised salvation for killing other Christians, lasted twenty bloody years--it was a long savage battle for the soul of Christendom. In A Most Holy War, historian Mark Pegg has produced a swift-moving, gripping narrative of this horrific crusade, drawing in part on thousands of testimonies collected by inquisitors in the years 1235 to 1245. These accounts of ordinary men and women, remembering what it was like to live through such brutal times, bring the story vividly to life. Pegg argues that generations of historians (and novelists) have misunderstood the crusade; they assumed it was a war against the Cathars, the most famous heretics of the Middle Ages. The Cathars, Pegg reveals, never existed. He further shows how a millennial fervor about "cleansing" the world of heresy, coupled with a fear that Christendom was being eaten away from within by heretics who looked no different than other Christians, made the battles, sieges, and massacres of the crusade almost apocalyptic in their cruel intensity. In responding to this fear with a holy genocidal war, Innocent III fundamentally changed how Western civilization dealt with individuals accused of corrupting society. This fundamental change, Pegg argues, led directly to the creation of the inquisition, the rise of an anti-Semitism dedicated to the violent elimination of Jews, and even the holy violence of the Reconquista in Spain and in the New World in the fifteenth century. All derive their divinely sanctioned slaughter from the Albigensian Crusade. Haunting and immersive, A Most Holy War opens an important new perspective on a truly pivotal moment in world history, a first and distant foreshadowing of the genocide and holy violence in the modern world. 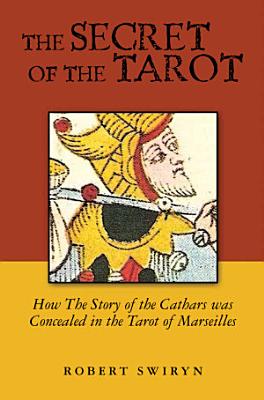 Could the teachings of an 13th Century heretical sect be revealed in a deck of tarot cards? Robert Swiryn's The Secret of the Tarot provides a fascinating look of how the Cathars, a group of religious heretics targeted for destruction by the Roman Catholic Church and the King of France, may have managed to preserve their history and spiritual messages in the Tarot of Marseilles. Besides a gripping exploration of the history of the Cathars' fate, this thought-provoking book offers a unique vision of the tarot as it examines the ideas, spiritual messages, and colorful personalities behind each card. www.thesecretofthetarot.com 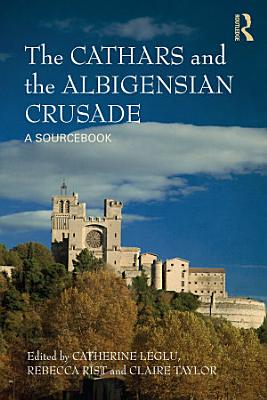 The Cathars and the Albigensian Crusade brings together a rich and diverse range of medieval sources to examine key aspects of the growth of heresy and dissent in southern France in the twelfth and thirteenth centuries and the Church’s response to that threat through the subsequent authorisation of the Albigensian crusade. Aimed at students and scholars alike, the documents it discusses – papal letters, troubadour songs, contemporary chronicles in Latin and the vernacular, and inquisitorial documents – reflect a deeper perception of medieval heresy and the social, political and religious implications of crusading than has hitherto been possible. The reader is introduced to themes which are crucial to our understanding of the medieval world: ideologies of crusading and holy war, the complex nature of Catharism, the Church’s implementation of diverse strategies to counter heresy, the growth of papal inquisition, southern French counter-strategies of resistance and rebellion, and the uses of Latin and the vernacular to express regional and cultural identity. This timely and highly original collection not only brings together previously unexplored and in some cases unedited material, but provides a nuanced and multi-layered view of the religious, social and political dimensions of one of the most infamous conflicts of the High Middle Ages. This book is a valuable resource for all students, teachers and researchers of medieval history and the crusades. 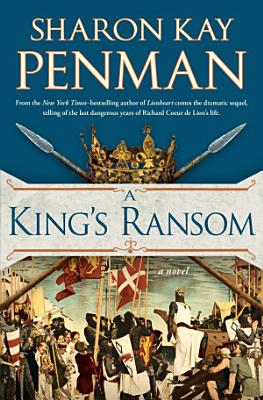 Sharon Kay Penman follows up her acclaimed novel Lionheart with this vivid and heart-wrenching New York Times bestseller about the last event-filled years in the life of Richard I of England, Coeur de Lion. November 1192. After his bloody crusade in the Kingdom of Jerusalem, Richard and his crew are overcome by a sudden storm, its fierce winds propelling the ship onto the Sicilian shore. But this misfortune is just the beginning. Forced to make a dangerous choice, Richard finds himself in enemy territory, where he is captured—in violation of the papal decree protecting all crusaders—and handed over to the Holy Roman Emperor. Imprisoned in the notorious fortress at Trifels, from which few ever leave alive, Richard, for the first time in his life, experiences pure, visceral fear—while his mother, Eleanor of Aquitaine, moves heaven and earth to secure his release. Amid betrayals, intrigues, infidelities, wars, and illness, Richard’s courage and intelligence will become legend. 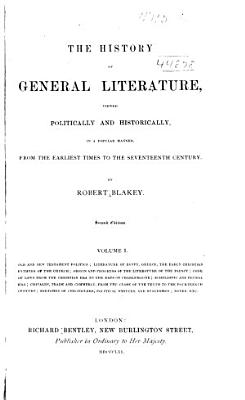 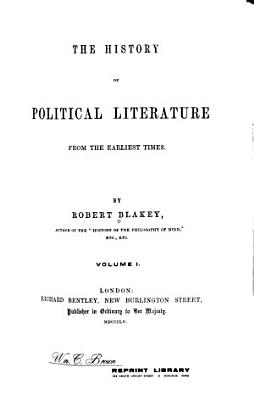 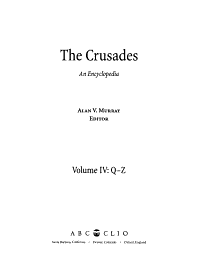 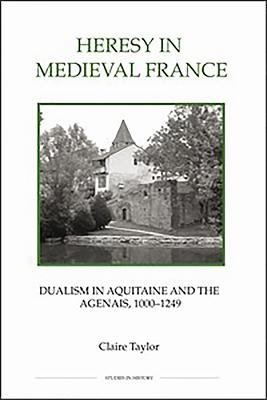 Investigation of heresy in south-west France, including a new assessment of the role of Catharism and the Albigensian Crusade. 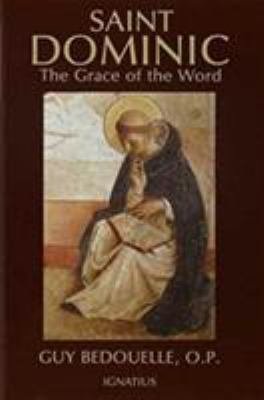 Written by one of the foremost contemporary authorities on Saint Dominic, this book represents the latest, best, most concise and readable spiritual biography of Saint Dominic. The focus of the biography is the way in which Saint Dominic embodied the role of Christ as preacher and the results that came from this grace. From his earliest youth, Sacred Scripture was the very heart and foundation of Dominic's spiritual life. He never ceased to plunge into the Word of God, to study it, to pray it. Bedouelle thus documents how Saint Dominic's whole life and mission was one continuous proclamation of the power of the Gospel to transform individual lives and society. "Written in both a popular and scholarly style, the combination of historical comprehensiveness and keen theological insight in this work brings Dominic alive as the contemplative and tireless preacher, fed from a deeply interior stream of life" - Gabriel O'Donnell, O.P., from the Preface 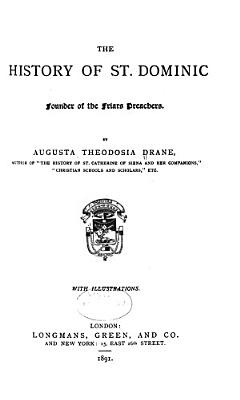