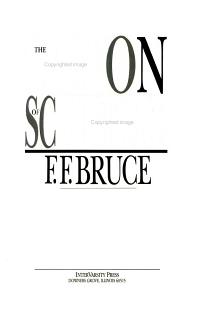 Winner of two 1990 Christianity Today Awards: Readers' Choice (1st place; theology & doctrine) and Critics' Choice (1st place; theology & doctrine). A 1989 ECPA Gold Medallion Award winner! How did the books of the Bible come to be recognized as Holy Scripture? Who decided what shape the canon should take? What criteria influenced these decisions? After nearly nineteen centuries the canon of Scripture still remains an issue of debate. Protestants, Catholics and the Orthodox all have slightly differing collections of documents in their Bibles. Martin Luther, one of the early leaders of the Reformation, questioned the inclusion of the book of James in the canon. And many Christians today, while confessing the authority of all of Scripture, tend to rely on only a few books and particular themes while ignoring the rest. Scholars have raised many other questions as well. Research into second-century Gnostic texts have led some to argue that politics played a significant role in the formation of the Christian canon. Assessing the influence of ancient communities and a variety of disputes on the final shaping of the canon call for ongoing study. In this significant historical study, F. F. Bruce brings the wisdom of a lifetime of reflection and biblical interpretation to bear in answering the questions and clearing away the confusion surrounding the Christian canon of Scripture. Adept in both Old and New Testament studies, he brings a rare comprehensive perspective to his task. Though some issues have shifted since the original publication of this book, it still remains a significant landmark and touchstone for further studies. 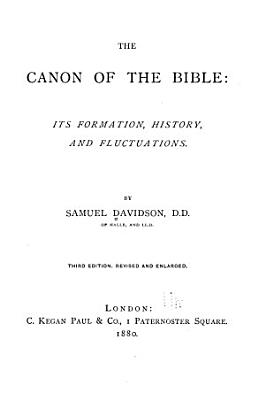 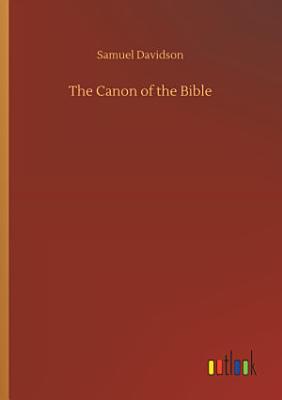 Reproduction of the original: The Canon of the Bible by Samuel Davidson 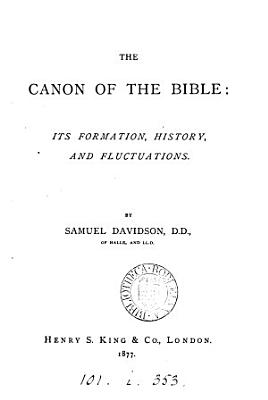 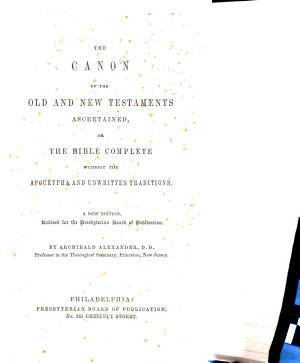 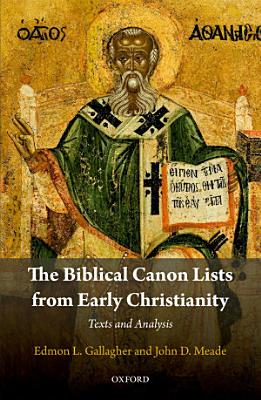 The Bible took shape over the course of centuries, and today Christian groups continue to disagree over details of its contents. The differences among these groups typically involve the Old Testament, as they mostly accept the same 27-book New Testament. An essential avenue for understanding the development of the Bible are the many early lists of canonical books drawn up by Christians and, occasionally, Jews. Despite the importance of these early lists of books, they have remained relatively inaccessible. This comprehensive volume redresses this unfortunate situation by presenting the early Christian canon lists all together in a single volume. The canon lists, in most cases, unambiguously report what the compilers of the lists considered to belong to the biblical canon. For this reason they bear an undeniable importance in the history of the Bible. The Biblical Canon Lists from Early Christianity provides an accessible presentation of these early canon lists. With a focus on the first four centuries, the volume supplies the full text of the canon lists in English translation alongside the original text, usually Greek or Latin, occasionally Hebrew or Syriac. Edmon L. Gallagher and John D. Meade orient readers to each list with brief introductions and helpful notes, and they point readers to the most significant scholarly discussions. The book begins with a substantial overview of the history of the biblical canon, and an entire chapter is devoted to the evidence of biblical manuscripts from the first millennium. This authoritative work is an indispensable guide for students and scholars of biblical studies and church history. 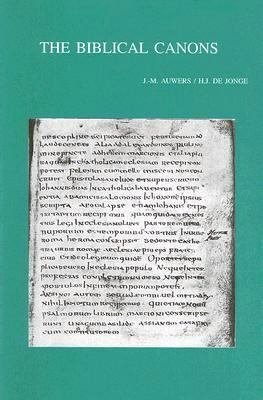 This volume contains the Proceedings of the 50th Colloquium Biblicum Lovaniense: the 40 contributions, written in English, French and German, focus on the canons of the Old and New Testament as well as those of the Bible as a whole. The theme is studied from a variety of historical, hermeneutical and biblical-theological points of view. Several contributions discuss the process that resulted in the canonical status of certain writings, or groups of writings, in particular, such as the Book of Psalms, Ezekiel, the Wisdom of Ben Sira, the Pauline corpus, Acts and the gospels. 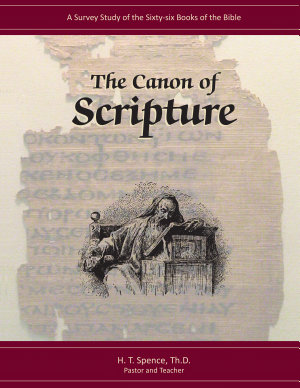 This book is filled with background materials covering each of the books of the Bible along with charts and diagrams that will assist the reader in his studies of the Scriptures. --from publisher description 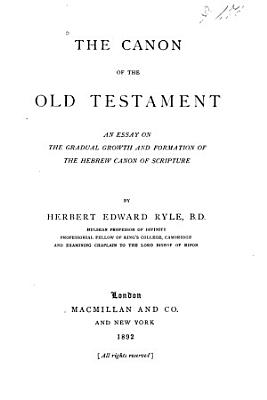 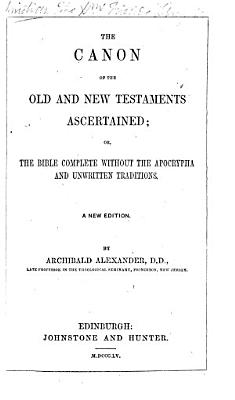 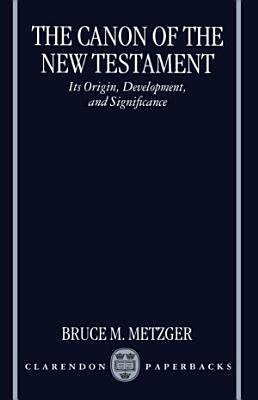 This book provides information from Church history concerning the recognition of the canonical status of the several books of the New Testament. Canonization was a long and gradual process of sifting among scores of gospels, epistles, and other books that enjoyed local and temporary authority - some of which have only recently come to light among the discoveries of Nag Hammadi. After discussing the external pressures that led to the fixing of the limits of the canon, the author gives sustained attention to Patristic evidence that bears on the development of the canon not only in the West but also among the Eastern Churches, including the Syrian, Armenian, Georgian, Coptic, and Ethiopian. Besides considering differences as to the sequence of the books in the New Testament, Dr Metzger takes up such questions as which form of text is to be regarded as canonical; whether the canon is open or closed; to what extent a canon should be sought within the canon; and whether the canon is a collection of authoritative books or an authoritative collection of books. 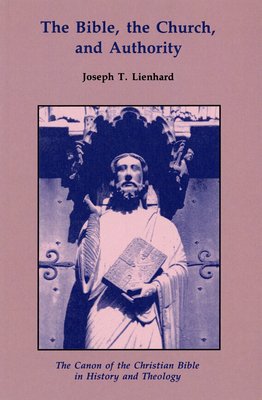 Since the early days of Christianity a tension has existed between the authority of the Bible and the authority of the Church. This has been further heightened by the question of Bible translation: How does the Word stand firm and yet continue to speak to a changing Church? Joseph Lienhard, a specialist in Early Christianity, examines the evolution of the Christian canon by casting this question against the life of the early Christians. Among the topics treated are the Christian use of Jewish Scriptures, the Catholic and Protestant Old Testaments, the emergence of the New Testament, the struggle for the right interpretation of the Scriptures, the problem of inspiration, and modern attempts to explain the Church's New Testament canon theologically. The book questions the use of historicist methods of interpretation and appeals to the Rule of Faith as the right norm for interpreting the Scriptures in the Church. Joseph T. Lienhard, SJ, earned his doctorate at the University of Freiburg im Breisgau (Germany) with two dissertations on Paulinus of Nola and Marcellus of Ancyra. His work is in patristics. He taught at Marquette University from 1975 to 1990, and since 1990 has been at Fordham University, where he is also chair of the department of theology. He has published Ministry in the Message of the Fathers of the Church series and other titles. 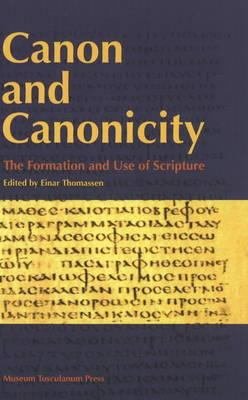 The authority of the Bible is one of the defining features of Christianity. However, the origins of the Biblical canon, both as an idea and as a composition still pose many unresolved questions and the nature of the bible's authority, including the many ways in which that authority has been tapped throughout history, are important and vast areas of investigation. The essays in this book discuss such crucial issues as the history of the formation of the biblical canon, examples of the canonisation of books in Antiquity outside Christianity, and the nature and function of canonical texts in general. Several essays, furthermore, deal with the numerous ways in which biblical canonicity has been construed and utilised in more recent European history. The essays, written by specialists in religious studies, ancient history, classical philology, church history and literary theory, should be of great interest to students, scholars and general readers concerned with scriptural and literary canon formation. 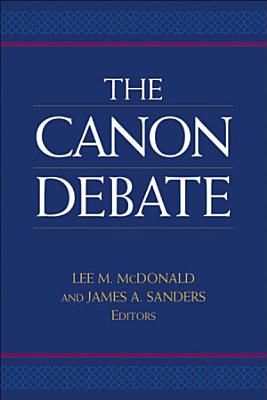 What does it mean to speak of a "canon" of scripture? How, when, and where did the canon of the Hebrew Bible come into existence? Why does it have three divisions? What canon was in use among the Jews of the Hellenistic diaspora? At Qumran? In Roman Palestine? Among the rabbis? What Bible did Jesus and his disciples know and use? How was the New Testament canon formed and closed? What role was played by Marcion? By gnostics? By the church fathers? What did the early church make of the apocrypha and pseudepigrapha? By what criteria have questions of canonicity been decided? Are these past decisions still meaningful faith communities today? Are they open to revision? These and other debated questions are addressed by an international roster of outstanding experts on early Judaism and early Christianity, writing from diverse affiliations and perspectives, who present the history of discussion and offer their own assessments of the current status. Contributors William Adler, Peter Balla, John Barton, Joseph Blenkinsopp, François Bovon, Kent D. Clarke, Philip R. Davies, James D. G. Dunn, Eldon Jay Epp, Craig A. Evans, William R. Farmer, Everett Ferguson, Robert W. Funk, Harry Y. Gamble, Geoffrey M. Hahneman, Daniel J. Harrington, Everett R. Kalin, Robert A. Kraft, Jack P. Lewis, Jack N. Lightstone, Steve Mason, Lee M. McDonald, Pheme Perkins, James A. Sanders, Daryl D. Schmidt, Albert C. Sundberg Jr., Emanuel Tov, Julio Trebolle-Barrera, Eugene Ulrich, James C. VanderKam, Robert W. Wall.