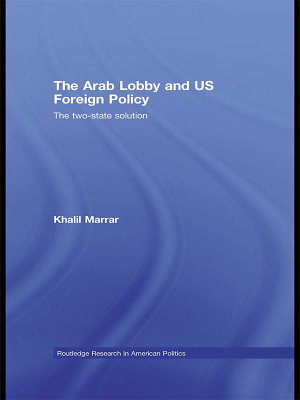 The US foreign policy stance on Israel-Palestine has shifted considerably in recent years, from a position of "Israel only" to one which embraces both Israel and Palestine in a call for peace. This volume assesses why the US stance has evolved in the way that it has, concluding that while international factors cannot be overlooked, developments within the United States itself are also crucial. After years of vacillating on Palestinian national aspirations, the majority of Americans, the author notes, have come to favor the establishment of an independent Palestinian state on the West Bank and the Gaza strip. Considering what accounts for changes in US policy on Israel-Palestine, this volume: delivers a thorough assessment of the role of international and domestic factors in shaping US policy in this area considers how US policy has evolved from the Camp David negotiations of the 1970s up to the occupation of Iraq in the mid 2000s explores the significance of American public opinion and the pro-Israel and Arab lobbies in the evolution of US policy The Arab Lobby and US Foreign Policy will be of interest to students and scholars of Foreign Policy and Political Science, Current Affairs and American Studies. Khalil M. Marrar is Professor at DePaul University, USA. He has served in editorial positions at the Arab Studies Quarterly and the Association of Arab-American University Graduates. 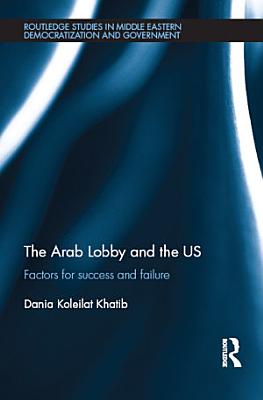 All the components needed to construct an Arab lobby exist; the significant Arab Diaspora in the US, the historic strategic relationship between Arab Gulf States and the US, and the Gulf’s economic wealth. However, lobbying is alien to Arab culture and largely absent from its political landscape. To achieve a fair and objective assessment of Arab Gulf lobbying it is necessary to have a thorough understanding of the prevailing Arab Gulf political culture that shapes it. The Arab Lobby and the US provides a timely contribution to this understanding. Studying attempts by Arab Gulf states to effectively lobby the US government, it explores aspects of their lobbying behaviour in order to identify the factors that lead to success and those that lead to failure from their lobbying endeavours. In this respect, the research utilizes two case studies: one in which Arab Gulf state lobbying was successful, and another in which lobbying failed. In tandem with an analysis of the strategies—or lack of them—behind Arab Gulf states’ lobbying, the research examines additional relevant factors such as the organization and activism of the US Arab American community, the strategic value of the Arab Gulf to the US, and the negative image of Arabs in America. The book considers the obstacles to the establishment of an effective Arab Gulf lobby in the US in order to reach an informed conclusion that evaluates the prospects of an effective Arab Gulf lobby. As one of the few academic research works on the Arab Lobby, this work will be of value to scholars and policy makers interested in US domestic politics and Arab American activism, as well as students of Middle Eastern Studies, Arab Gulf studies and communication and public relations, among others. 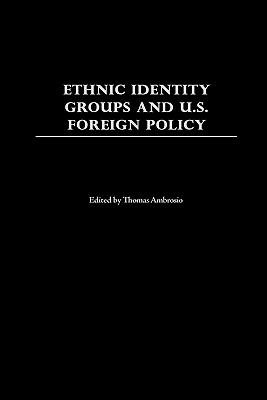 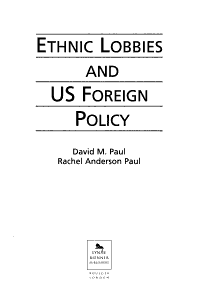 The author considers the relative impact of 38 ethnic lobbies to detemine whether they affect the course of US foreign policy. He also examines the impact of ethnic-group influence in six policy areas including aid, immigration, human rights, security, and more. 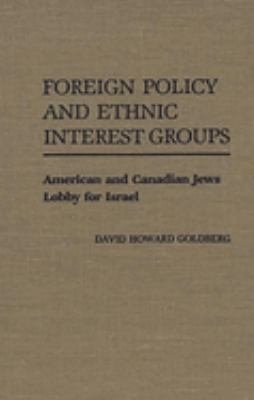 Goldberg presents a detailed comparison of American and Canadian Jewish lobbying organizations over the past 15 years, offering a careful assessment of their influence on foreign policy decisions affecting the Middle East. He focuses primarily on the two most prominent Jewish foreign policy interest groups: the American Israel Public Affairs Committee and the Canada-Israel Committee. He examines the response of these organizations to a series of crisis issues, beginning with the Arab-Israeli war of 1973 and including the current Palestinian uprising. Using a set of analytical criteria, he correlates their response with the conduct of U.S. and Canadian foreign policy during the same period. 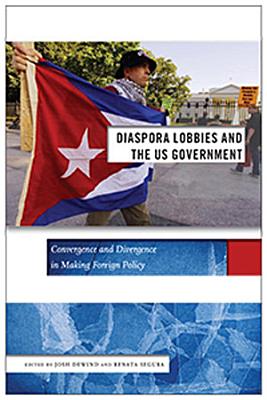 As a nation of immigrants, the United States has long accepted that citizens who identify with an ancestral homeland may hold dual loyalties; yet Americans have at times regarded the persistence of foreign ties with suspicion, seeing them as a sign of potential disloyalty and a threat to national security. Diaspora Lobbies and the US Government brings together a group of distinguished scholars of international politics and international migration to examine this contradiction in the realm of American policy making, ultimately concluding that the relationship between diaspora groups and the government can greatly affect foreign policy. This relationship is not unidirectional—as much as immigrants make an effort to shape foreign policy, government legislators and administrators also seek to enlist them in furthering American interests. From Israel to Cuba and from Ireland to Iraq, the case studies in this volume illustrate how potential or ongoing conflicts raise the stakes for successful policy outcomes. Contributors provide historical and sociological context, gauging the influence of diasporas based on population size and length of time settled in the United States, geographic concentration, access to resources from their own members or through other groups, and the nature of their involvement back in their homelands. This collection brings a fresh perspective to a rarely discussed aspect of the design of US foreign policy and offers multiple insights into dynamics that may determine how the United States will engage other nations in future decades. 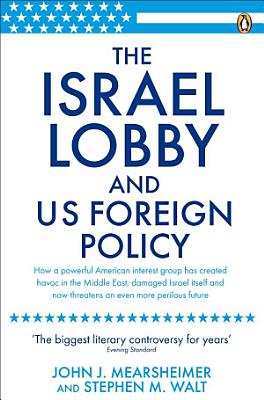 Does America’s pro-Israel lobby wield inappropriate control over US foreign policy? This book has created a storm of controversy by bringing out into the open America’s relationship with the Israel lobby: a loose coalition of individuals and organizations that actively work to shape foreign policy in a way that is profoundly damaging both to the United States and Israel itself. Israel is an important, valued American ally, yet Mearsheimer and Walt show that, by encouraging unconditional US financial and diplomatic support for Israel and promoting the use of its power to remake the Middle East, the lobby has jeopardized America’s and Israel’s long-term security and put other countries – including Britain – at risk. 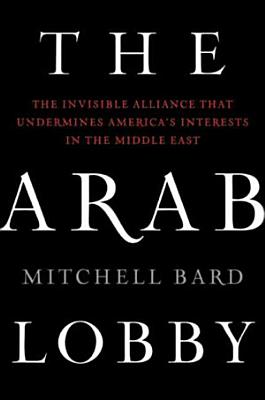 While critics claim that a nefarious Israel Lobby dictates U.S. policy in the Middle East, the Arab Lobby in this country is older, richer, and more powerful than the American Israel Public Affairs Committee (AIPAC). The Arab Lobby is the first book in more than 25 years to investigate the scope and activities of this diffuse yet powerful network. Author Mitchell Bard courageously explores the invisible alliance that threatens Israel and undermines America’s interests in the Middle East. 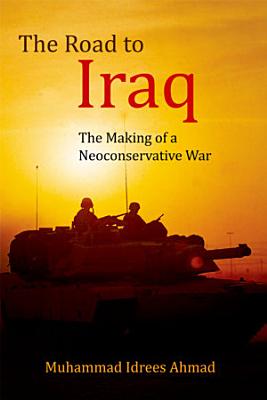 Ahmad presents a social history of the war's leading agents &quote the neoconservatives &quote and shows how this ideologically coherent group of determined political agents used the contingency of 9/11 to overwhelm a sceptical foreign policy establishment, milit 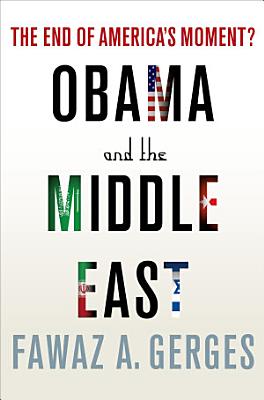 A hard-hitting assessment of Obama's current foreign policy and a sweeping look at the future of the Middle East The 2011 Arab Spring upended the status quo in the Middle East and poses new challenges for the United States. Here, Fawaz Gerges, one of the world's top Middle East scholars, delivers a full picture of US relations with the region. He reaches back to the post-World War II era to explain the issues that have challenged the Obama administration and examines the president's responses, from his negotiations with Israel and Palestine to his drawdown from Afghanistan and withdrawal from Iraq. Evaluating the president's engagement with the Arab Spring, his decision to order the death of Osama bin Laden, his intervention in Libya, his relations with Iran, and other key policy matters, Gerges highlights what must change in order to improve US outcomes in the region. Gerges' conclusion is sobering: the United States is near the end of its moment in the Middle East. The cynically realist policy it has employed since World War II-continued by the Obama administration--is at the root of current bitterness and mistrust, and it is time to remake American foreign policy. 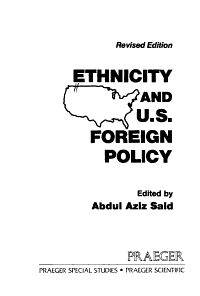 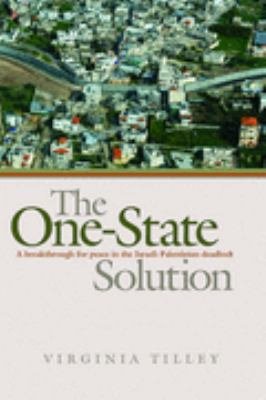 The one-state solution demonstrates that Israeli settlements have already encroached on the occupied territory of the West Bank and Gaza Strip to the extent that any Palestinian state in those areas is unviable. It reveals the irreversible impact of Israel's settlement grid by summarising its physical, demographic, financial and political dimensions. Virginia Q.Tilley explains why we should assume that this grid will not be withdrawn - or its expansion reversed - by reviewing the role of the key political actors: the Israeli government, the United States, the Arab states, and the European Union. Finally the book addresses the daunting obstacles to a one-state solution - including major revision of the Zionist dream but also Palestinian and other regional resistance - and offers some ideas about how these obstacles might be addressed. 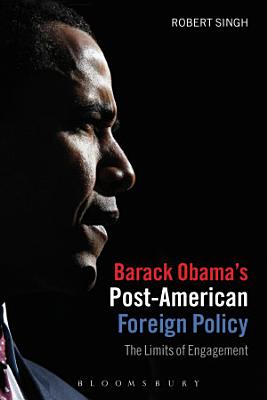 After one of the most controversial and divisive periods in the history of American foreign policy under President George W. Bush, the Obama administration was expected to make changes for the better in US relations with the wider world. Now, international problems confronting Obama appear more intractable, and there seems to be a marked continuity in policies between Obama and his predecessor. Robert Singh argues that Obama's approach of 'strategic engagement' was appropriate for a new era of constrained internationalism, but it has yielded modest results. Obama's search for the pragmatic middle has cost him political support at home and abroad, whilst failing to make decisive gains. Singh suggests by calibrating his foreign policies to the emergence of a 'post-American'world, the president has yet to preside over a renaissance of US global leadership. Ironically,Obama's policies have instead hastened the arrival of a post-American world.