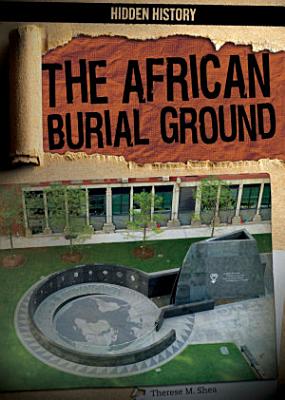 In 1991, preparation for the construction of a new federal office building led to a startling discovery: a skeleton. Further excavation exposed the bones of 420 men, women, and children. This area of New York had been a burial ground set aside for both free and enslaved Africans during the 1600s and 1700s. Its thought to be one of the most important archaeological discoveries of the 20th century. This noteworthy bookwhich includes sidebars, fact boxes, a timeline, and mapsfills in the gaps of history books, exposing much about what life was like in colonial New York for Africans.

The African Burial Ground: An American Discovery is a fascinating four part series that focuses on the history of the African American experience in New York, urban archaeology, and social activism. Part One - The Search, explores the search and discovery of the African Burial Ground in Lower Manhattan. It examines the archeological dig that resulted in unearthing the remains of some 400 African men, women and children. Part Two - a History, presents the never-before-told-story of the history of Africans and African Americans in New York City from 1613 until July 4th, 1827 -- NYC's Emancipation Day. Part Three - Politics and the People, documents the impact of local citizens upon the African Burial Ground. Witnessing the conflict between "the people" and an agency of the United States Government, this segment highlights an essential and important civics lesson: how citizens can change the course of history. Part Four - An Open Window, presents the long-range impact of the African Burial Ground and its greater cultural effect on art, literature, history, science and education in the United States.Narrated by Ossie Davis and Ruby Dee.

This culminating volume of the 6-volume series, "The New York African Burial Ground: Unearthing the African Presence in Colonial New York," attempts to place the biological and anthropological findings from this excavated site into a historical context and to provide a broader understanding of the lives of enslaved and free people in colonial New York. 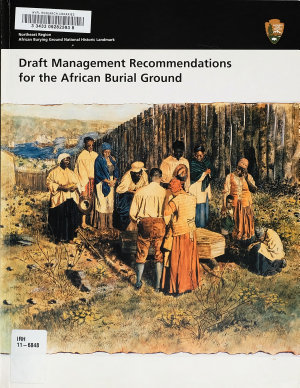 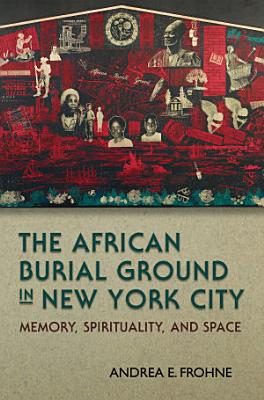 In 1991, archaeologists in lower Manhattan unearthed a stunning discovery. Buried for more than 200 years was a communal cemetery containing the remains of up to 20,000 people. At roughly 6.6 acres, the African Burial Ground is the largest and earliest known burial space of African descendants in North America. In the years that followed its discovery, citizens and activists fought tirelessly to demand respectful treatment of eighteenth-century funerary remains and sacred ancestors. After more than a decade of political battle—on local and national levels—and scientific research at Howard University, the remains were eventually reburied on the site in 2003. Capturing the varied perspectives and the emotional tenor of the time, Frohne narrates the story of the African Burial Ground and the controversies surrounding urban commemoration. She analyzes both its colonial and contemporary representations, drawing on colonial era maps, prints, and land surveys to illuminate the forgotten and hidden visual histories of a mostly enslaved population buried in the African Burial Ground. Tracing the history and identity of the area from a forgotten site to a contested and negotiated space, Frohne situates the burial ground within the context of late twentieth- and early twenty-first-century race relations in New York City to reveal its enduring presence as a spiritual place. 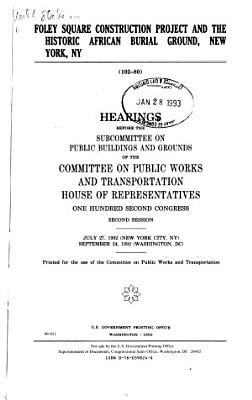 Distributed to some depository libraries in microfiche. 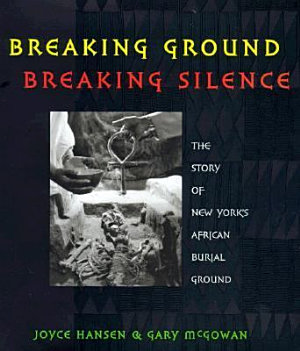 Chronicles the 1991 discovery of New York's first burial ground for slaves and free African-Americans, examining the mysteries surrounding the area and questioning why there had been virtually no public knowledge of the well-documented area.