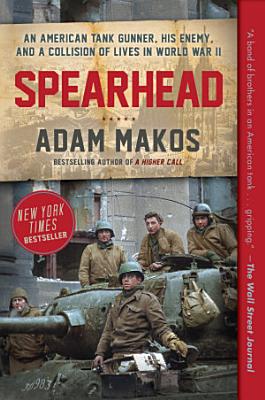 THE NEW YORK TIMES, WALL STREET JOURNAL, LOS ANGELES TIMES, AND USA TODAY BESTSELLER “A band of brothers in an American tank . . . Makos drops the reader back into the Pershing’s turret and dials up a battle scene to rival the peak moments of Fury.” —The Wall Street Journal From the author of the international bestseller A Higher Call comes the riveting World War II story of an American tank gunner’s journey into the heart of the Third Reich, where he will meet destiny in an iconic armor duel—and forge an enduring bond with his enemy. When Clarence Smoyer is assigned to the gunner’s seat of his Sherman tank, his crewmates discover that the gentle giant from Pennsylvania has a hidden talent: He’s a natural-born shooter. At first, Clarence and his fellow crews in the legendary 3rd Armored Division—“Spearhead”—thought their tanks were invincible. Then they met the German Panther, with a gun so murderous it could shoot through one Sherman and into the next. Soon a pattern emerged: The lead tank always gets hit. After Clarence sees his friends cut down breaching the West Wall and holding the line in the Battle of the Bulge, he and his crew are given a weapon with the power to avenge their fallen brothers: the Pershing, a state-of-the-art “super tank,” one of twenty in the European theater. But with it comes a harrowing new responsibility: Now they will spearhead every attack. That’s how Clarence, the corporal from coal country, finds himself leading the U.S. Army into its largest urban battle of the European war, the fight for Cologne, the “Fortress City” of Germany. Battling through the ruins, Clarence will engage the fearsome Panther in a duel immortalized by an army cameraman. And he will square off with Gustav Schaefer, a teenager behind the trigger in a Panzer IV tank, whose crew has been sent on a suicide mission to stop the Americans. As Clarence and Gustav trade fire down a long boulevard, they are taken by surprise by a tragic mistake of war. What happens next will haunt Clarence to the modern day, drawing him back to Cologne to do the unthinkable: to face his enemy, one last time. Praise for Spearhead “A detailed, gripping account . . . the remarkable story of two tank crewmen, from opposite sides of the conflict, who endure the grisly nature of tank warfare.” —USA Today (four out of four stars) “Strong and dramatic . . . Makos established himself as a meticulous researcher who’s equally adept at spinning a good old-fashioned yarn. . . . For a World War II aficionado, it will read like a dream.” —Associated Press 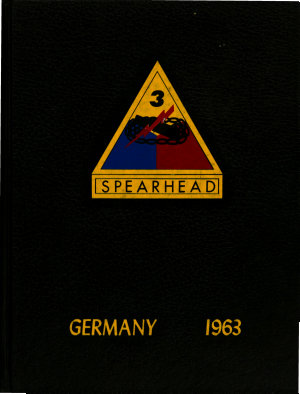 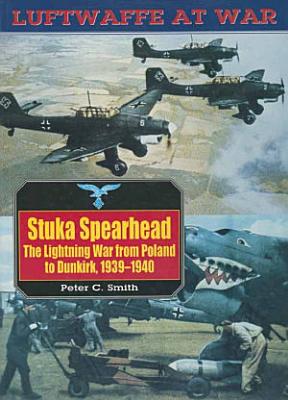 This addition to the Luftwaffe at War Series is a fully illustrated guide to the formative years of the Ju 87 dive-bomber which dominated the opening campaigns of W orld War II. 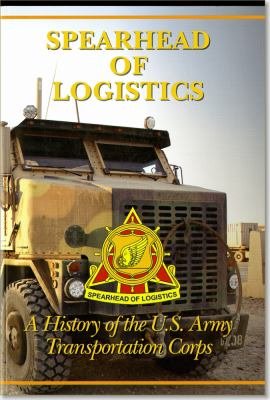 Spearhead of Logistics is a narrative branch history of the U.S. Army's Transportation Corps, first published in 1994 for transportation personnel and reprinted in 2001 for the larger Army community. The Quartermaster Department coordinated transportation support for the Army until World War I revealed the need for a dedicated corps of specialists. The newly established Transportation Corps, however, lasted for only a few years. Its significant utility for coordinating military transportation became again transparent during World War II, and it was resurrected in mid-1942 to meet the unparalleled logistical demands of fighting in distant theaters. Finally becoming a permanent branch in 1950, the Transportation Corps continued to demonstrate its capability of rapidly supporting U.S. Army operations in global theaters over the next fifty years. With useful lessons of high-quality support that validate the necessity of adequate transportation in a viable national defense posture, it is an important resource for those now involved in military transportation and movement for ongoing expeditionary operations. This text should be useful to both officers and noncommissioned officers who can take examples from the past and apply the successful principles to future operations, thus ensuring a continuing legacy of Transportation excellence within Army operations. Additionally, military science students and military historians may be interested in this volume. 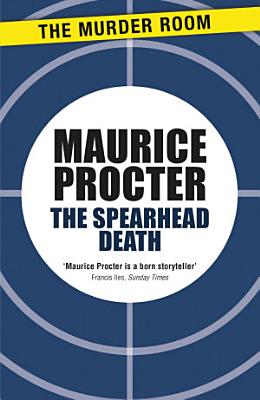 It looks like a trivial enough incident: a would-be petty thief makes his escape before he has stolen anything. But when the beat constable arrives to look for damage, he finds something he hasn't been expecting - a dead man, with a wound in his back made by a broad blade ... possibly a spearhead. Scotland Yard get to work, following what turns out to be a very complicated business, especially when they find they are on the trail of smuggled diamonds leading all the way to South Africa ... 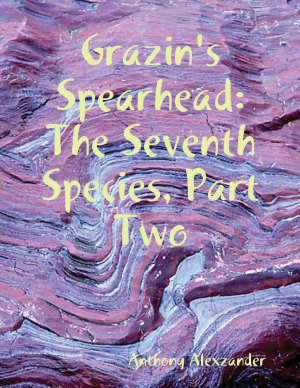 Follow Jason Grazin from an alien encounter to his discovery 15 years later of the aliens acquired knowledge in his mind. As the knowledge surfaces he learns he has the ability to build his own space craft to explore the cosmos. Travel with as Jason seeks out the aliens who contacted him. Explore with Jason and his crew as they discover the universe is vastly populated with habitable planets and alien species. Learn as they do that their roll in the universe may be as the young species that is prophesized to be the savers of the universe. Grazin’s Spearhead is a trilogy being release in sets of five chapters per novel averaging 20,000 to 25,000 words each. Enjoy the convenience of the smaller files and the cost saving of not paying full price before you know you like the work? However I believe you will not be disappointed and will return for the next low priced addition of this story.

Walawbum, Shaduzup, Inkangahtawng, Nhpum Ga, Ritpong, Myitkyina. Although the names of these battles are not as familiar to the public as Guadalcanal and Iwo Jima, the name of the legendary American volunteer regiment that fought in them echoes throughout modern military history. Thrown into combat in the Burmese jungle in February 1944 at the request of the British government, Merrill's Marauders was the first American infantry regiment to fight on the Asian continent since the Boxer Rebellion. Assembled in 1943 as the 5037th Composite Unit (Provisional), the three thousand infantryman who answered FDR's call for volunteers for a secret, "dangerous and hazardous mission" found themselves in India training for jungle combat. Created to spearhead undertrained (and American-led) Chinese troops in Burma and reopen the land route to China, the 5037th was expected by the Joint Chiefs of Staff to take 85 percent casualties and be disbanded within three months. As it turned out, the Marauders existed for eleven months, operating successfully in hostile territory, pioneering long-range military activities in jungle and mountainous regions, and completing one of the most productive -- and perilous -- military campaigns in American history. Despite its considerable achievements under the most difficult conditions, there has never been a complete history of the regiment until now. In Spearhead, James E. T. Hopkins -- a field surgeon with the Marauders' Third Battalion -- in collaboration with John M. Jones, provides a detailed history of the highly decorated unit, from the circumstances under which the 5037th was formed and its arduous training to the many battles in which the Maraudersdistinguished themselves to the unit's deactivation in July 1945. Drawing on unpublished logs, personal diaries, and histories kept by members of the regiment, Hopkins provides a personal story of combat in an environment that was nearly as deadly as the enemy. As a medical officer, he witnessed the horrors of jungle combat, the resolute heroism of the volunteers who fought, and the genuine respect that men and officers in the regiment had for one another. He also chronicles the remarkable efforts of the unit's rear echelon to keep the combatants supplied. With Spearhead, Hopkins reveals the real story behind a chapter in the history of the Second World War too often officially forgotten or clouded by myth. Spearhead offers a heartfelt tribute to the men who served as Merrill's Marauders -- and a comprehensive account of their deeds in the treacherous jungles of Burma fifty years ago. 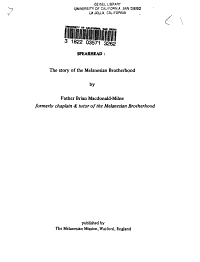 History of the Anglican Brotherhood, Retatasiu. 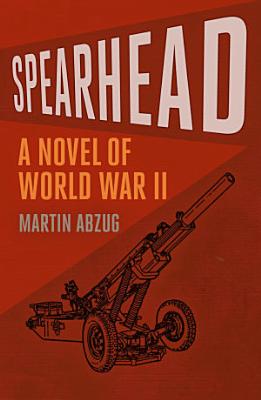 Spearhead, first published in 1946, is a fictional account of U.S. Army artillery and infantry units at the start of the Battle of the Bulge in World War II. Initially forced to retreat, the men try to regain the offensive under heavy ground fire and aerial bombardment. Tensions mount between several of the officers, one of German descent, who are at odds over the nature of evil and the war. Their differences become especially apparent in their views of Germans and Naziism, and is reflected in their differing treatment of their captured prisoners-of-war. Spearhead is a little known novel of the War, but is filled with details based on the author’s own wartime experiences, plus examines the deeper moral questions of the conflict.

"Spearhead of the Nazarites" was the first book written by the young mystic Israel in 1988. It is now offered as a souvenir edition.