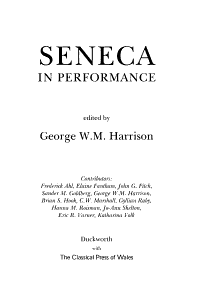 Twelve papers which explore the dramatisation, characterisation and spectacle of Seneca's work from a historical perspective and also from the point of view of a modern producer, faced with the problem of staging the plays. 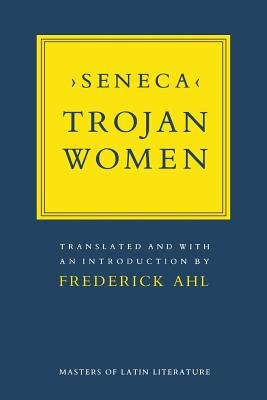 This free and eloquent translation skillfully reproduces the imagery, power, and frequent irony and sarcasm of Seneca's language. 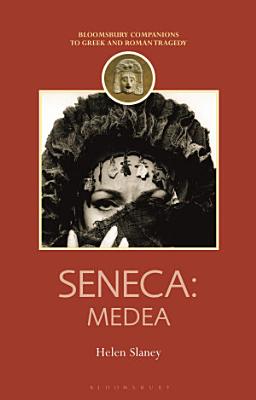 Composed in early imperial Rome by Lucius Annaeus Seneca, Stoic philosopher and tutor to the emperor Nero, the tragedy Medea is dominated by the superhuman energy of its protagonist: diva, killer, enchantress, force of nature. Seneca's treatment of the myth covers an episode identical to that of Euripides' Greek version, enabling instructive comparisons to be drawn. Seneca's Medea has challenged and fascinated theatre-makers across cultures and centuries and should be regarded as integral to the classical heritage of European theatre. This companion volume sketches the essentials of Seneca's play and at the same time situates it within an interpretive tradition. It also uses Medea to illustrate key features of Senecan dramaturgy, the way in which language functions as a mode of theatrical representation and the way in which individuals are embedded in their surrounding conditions, resonating dissonantly with the principles of Roman Stoicism. By interweaving some of the play's subsequent receptions, theatrical and textual, into critical analysis of Medea as dramatic poetry, this companion volume will encourage the student to come to grips immediately with the ancient text's inherent multiplicity. In this way, reception theory informs not only the content of the volume but also, fundamentally, the way in which it is presented. 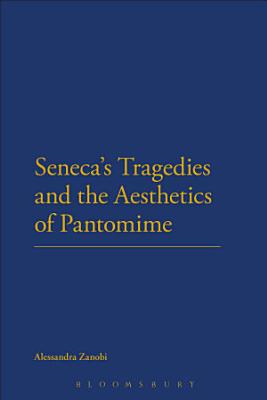 Pantomime was arguably the most popular dramatic genre during the Roman Empire, but has been relatively neglected by literary critics. Seneca's Tragedies and the Aesthetics of Pantomime adds to our understanding of Seneca's tragic art by demonstrating that elements which have long puzzled scholars can be attributed to the influence of pantomime. The work argues that certain formal features which depart from the conventions of fifth-century Attic drama can be explained by the influence of, and interaction with, this more popular genre. The work includes a detailed and systematic analysis of the specific pantomime-inspired features of Seneca's tragedies: the loose dramatic structure, the presence of “running commentaries” (minute descriptions of characters undergoing emotional strains or performing specific actions), of monologues of self-analysis, and of narrative set-pieces. Relevant to the culture of Roman imperial culture more generally, Seneca's Tragedies and the Aesthetics of Pantomime includes an outline of the general features of pantomime as a genre. The work shows that the influence of sub-literary-genres such as pantomime and mime, the sister art of pantomime, can be traced in several Roman writers whose literary production was antecedent or contemporary with Seneca's. Furthermore, the work sheds light on the interaction between sub-literary genres of a performative nature such as mime and pantomime and more literary ones, an aspect of Latin culture which previous scholarship has tended to overlook. Seneca's Tragedies and the Aesthetics of Pantomime provides an original contribution to the understanding of the impact of pantomime on Roman literary culture and of controversial and little-understood features of Senecan tragedies. 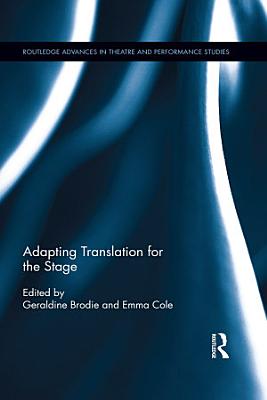 Translating for performance is a difficult - and hotly contested - activity. Adapting Translation for the Stage presents a sustained dialogue between scholars, actors, directors, writers, and those working across these boundaries, exploring common themes and issues encountered when writing, staging, and researching translated works. It is organised into four parts, each reflecting on a theatrical genre where translation is regularly practised: The Role of Translation in Rewriting Naturalist Theatre Adapting Classical Drama at the Turn of the Twenty-First Century Translocating Political Activism in Contemporary Theatre Modernist Narratives of Translation in Performance A range of case studies from the National Theatre's Medea to The Gate Theatre's Dances of Death and Emily Mann's The House of Bernarda Alba shed new light on the creative processes inherent in translating for the theatre, destabilising the literal/performable binary to suggest that adaptation and translation can - and do - coexist on stage. Chronicling the many possible intersections between translation theory and practice, Adapting Translation for the Stage offers a unique exploration of the processes of translating, adapting, and relocating work for the theatre. 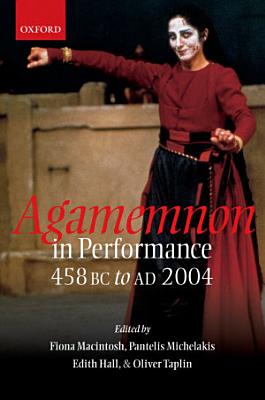 Aeschylus' Agamemnon, the first play in the Oresteia trilogy, is one of the most influential theatrical texts in the global canon. In performance, translation, adaptation, along with sung and danced interpretations, it has been familiar in the Greek world and the Roman empire, and from the Renaissance to the contemporary stage. It has been central to the aesthetic and intellectual avant-garde as well as to radical politics of all complexions and to feminist thinking. Contributors to this interdisciplinary collection of eighteen essays on its performance history include classical scholars, theatre historians, and experts in English and comparative literature. All Greek and Latin has been translated; the book is generously illustrated, and supplemented with the useful research aid of a chronological appendix of performances. 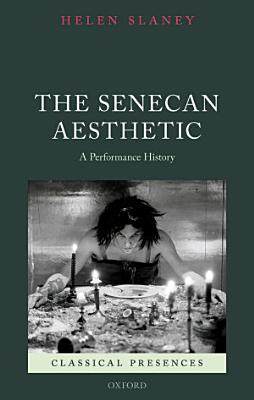 Alongside the works of the better-known classical Greek dramatists, the tragedies of Lucius Annaeus Seneca have exerted a profound influence over the dramaturgical development of European theatre. The Senecan Aesthetic surveys the multifarious ways in which Senecan tragedy has been staged, from the Renaissance up to the present day, and restores Seneca to a canonical position among the playwrights of antiquity, recognizing him as one of the mostimportant, most revered, and most reviled. 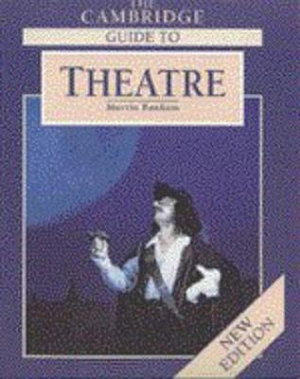 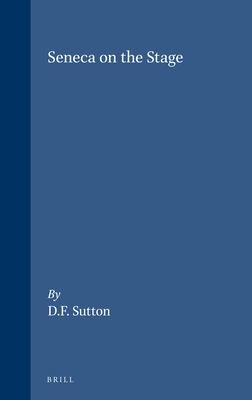 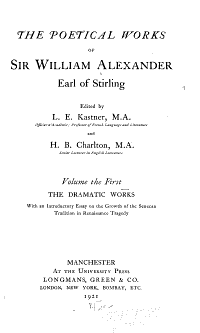 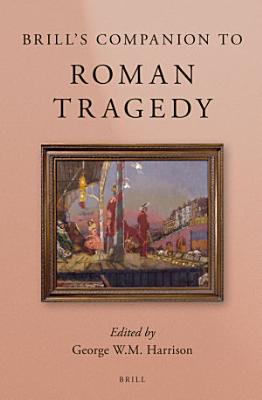 Brill's Companion to Roman Tragedy is the reader's 'back stage pass' into the hustle and bustle, the sights and sounds of Roman tragedy, stressing the creative collusion of Republican and Imperial drama and with the historical moment they inhabited. 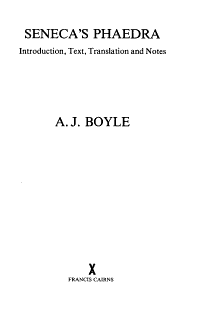 Phaedra, a disturbing drama of unnatural love, violence, and perverted loyalty, is one of eight surviving tragedies written by the millionaire philosopher and littérateur Lucius Annaeus Seneca (ca 1 B.C. - A.D. 65), chief minister to the Emperor Nero. A.J. Boyle's penetrating introduction and extensive notes show why Seneca so deeply influenced Renaissance drama: psychological insight, vivid and powerful verse, highly effective staging (although the question of performance is controversial), and an intellectually demanding conceptual framework. The translation, printed facing the Latin text, aims at verbal and stylistic fidelity. The book is suitable for class use at senior school and undergraduate level, for students of Latin and of classical civilisation/literature in translation. Students of English and of drama will also find it of value. 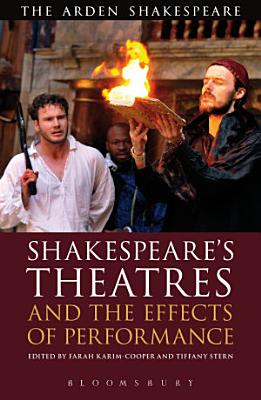 How did Elizabethan and Jacobean acting companies create their visual and aural effects? What materials were available to them and how did they influence staging and writing? What impact did the sensations of theatre have on early modern audiences? How did the construction of the playhouses contribute to technological innovations in the theatre? What effect might these innovations have had on the writing of plays? Shakespeare's Theatres and The Effects of Performance is a landmark collection of essays by leading international scholars addressing these and other questions to create a unique and comprehensive overview of the practicalities and realities of the theatre in the early modern period. 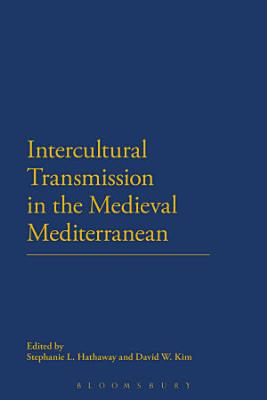 This volume presents evidence of the extent and effects of intercultural contacts across Europe and the Mediterranean rim, opening up a new understanding of early medieval civilisation and its continuing influence in both Western and Eastern cultures today. From the perspectives of textual transmission, cultural memory, religion, art and cultural traditions, this work explores the central question of how ideas travelled in the medieval world, challenging the conventional notion of insular communities in the Middle Ages. Despite the schism between East and West that took hold after the thirteenth century this volume reveals a rich and extensive cultural exchange and demonstrates that transmission of ideas and culture across borders began much earlier than the Crusades. It contributes to new perspectives on medieval cities, Christian Europe's history with the Byzantine and Islamic Mediterranean, the landscape of power and the power-plays of the medieval Church, and the way in which cross-cultural transmission affected all of these areas.