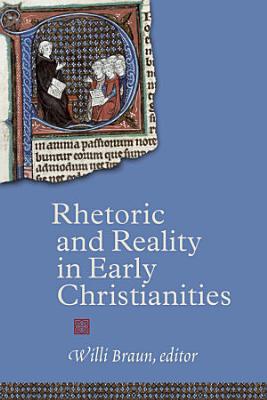 One of the most pressing issues for scholars of religion concerns the role of persuasion in early Christianities and other religions in Greco-Roman antiquity. The essays in Rhetoric and Reality in Early Christianities explore questions about persuasion and its relationship to early Christianities. The contributors theorize about persuasion as the effect of verbal performances, such as argumentation in accordance with rules of rhetoric, or as a result of other types of performance: ritual, behavioural, or imagistic. They discuss the relationship between the verbal performance of rhetoric and other performative modes in generating, sustaining, and transmitting a persuasive form of religiosity. The essays in this book cover a wide chronological range (from the first century to late antiquity) and diverse topical examples contribute to the collection’s thematic centre: the relations among formalized and technical verbal performances (rhetoric, texts) and other forms of persuasive performances (ritual, practices), the social agendas that early Christians pursued by means of verbal, rhetorical performances, and the larger social context in which Christians and other religious groups competitively jockeyed to attract the minds and bodies of audiences in the Greco-Roman world. 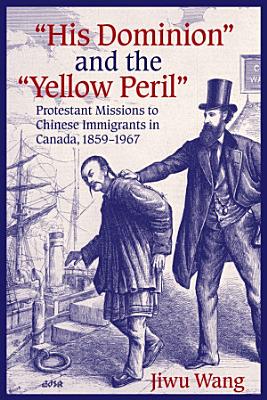 A history of Chinese immigrants encounter with Canadian Protestant missionaries, “His Dominion” and the “Yellow Peril”: Protestant Missions to Chinese Immigrants in Canada, 1859-1967, analyzes the evangelizing activities of missionaries and the role of religion in helping Chinese immigrants affirm their ethnic identity in a climate of cultural conflict. Jiwu Wang argues that, by working toward a vision of Canada that espoused Anglo-Saxon Protestant values, missionaries inevitably reinforced popular cultural stereotypes about the Chinese and widened the gap between Chinese and Canadian communities. Those immigrants who did embrace the Christian faith felt isolated from their community and their old way of life, but they were still not accepted by mainstream society. Although the missionaries’ goal was to assimilate the Chinese into Anglo-Saxon Protestant culture, it was Chinese religion and cultural values that helped the immigrants maintain their identity and served to protect them from the intrusion of the Protestant missions. Wang documents the methods used by the missionaries and the responses from the Chinese community, noting the shift in approach that took place in the 1920s, when the clergy began to preach respect for Chinese ways and sought to welcome them into Protestant-Canadian life. Although in the early days of the missions, Chinese Canadians rejected the evangelizing to take what education they could from the missionaries, as time went on and prejudice lessened, they embraced the Christian faith as a way to gain acceptance as Canadians. 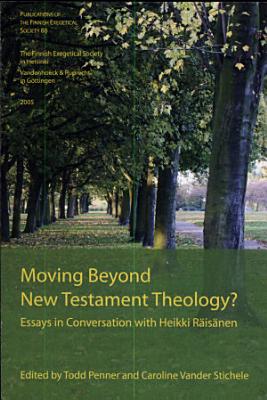 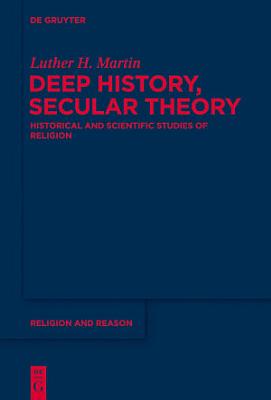 Over the course of his career, Luther H. Martin has primarily produced articles rather than monographs. This approach to publication has given him the opportunity to experiment with different methodological approaches to an academic study of religion, with updates to and different interpretations of his field of historical specialization, namely Hellenistic religions, the subject of his only monograph (1987). The contents of this collected volume represent Martin's shift from comparative studies, to socio-political studies, to scientific studies of religion, and especially to the cognitive science of religion. He currently considers the latter to be the most viable approach for a scientific study of religion within the academic context of a modern research university. The twenty-five contributions collected in this volume are selected from over one hundred essays, articles, and book chapters published over a long and industrious career and are representative of Martin's work over the past two decades. 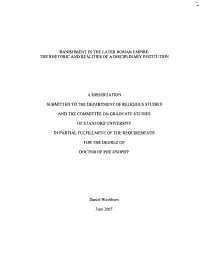 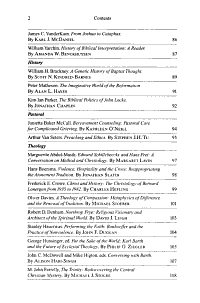 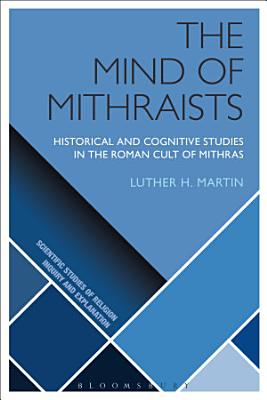 The Roman cult of Mithras was the most widely-dispersed and densely-distributed cult throughout the expanse of the Roman Empire from the end of the first until the fourth century AD, rivaling the early growth and development of Christianity during the same period. As its membership was largely drawn from the ranks of the military, its spread, but not its popularity is attributable largely to military deployments and re-deployments. Although mithraists left behind no written archival evidence, there is an abundance of iconographic finds. The only characteristic common to all Mithraic temples were the fundamental architecture of their design, and the cult image of Mithras slaying a bull. How were these two features so faithfully transmitted through the Empire by a non-centralized, non-hierarchical religious movement? The Minds of Mithraists: Historical and Cognitive Studies in the Roman Cult of Mithras addresses these questions as well as the relationship of Mithraism to Christianity, explanations of the significance of the tauroctony and of the rituals enacted in the mithraea, and explanations for the spread of Mithraism (and for its resistance in a few places). The unifying theme throughout is an investigation of the 'mind' of those engaged in the cult practices of this widespread ancient religion. These investigations represent traditional historical methods as well as more recent studies employing the insights of the cognitive sciences, demonstrating that cognitive historiography is a valuable methodological tool. 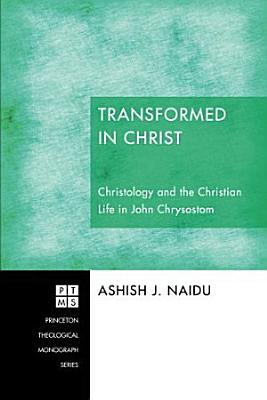 Scholarly readings of John Chrysostom's Christology seldom examine the intimate relationship that exists between his doctrinal, sacramental, and praxeological views. The vital correlation between exegesis and praxis in patristic thought must be taken into consideration in any evaluation of christological positions. Chrysostom's doctrine of Christ is intricately bound to life in the church. Within this conceptual framework, Chrysostom's commentaries on John's Gospel and Hebrews are examined. The christological portrait that emerges from this oeuvre is a depiction of the personal continuity of the divine Son in Christ; his sacramental presence in the church, the body of Christ; and his transforming work in the Christian, to the likeness of Christ. This persuasive study demonstrates that Chrysostom's view of the Christian life is the outworking of his exegetically informed and pastorally rich christological doctrine. 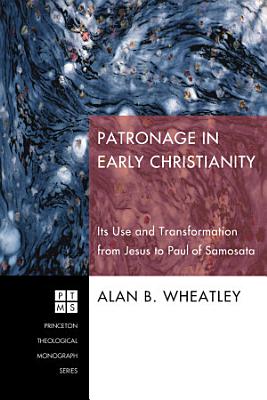 How did the community we glimpse in the New Testament become an institution quite willing to have the emperor Constantine as a primary public partner? By tracing the use of resources, titles, and functions of leaders and patterns of honor giving, Wheatley traces from a wide variety of sources both acceptance and revision of Roman patronage in this countercultural community. Along the way, it is possible to see dissident groups like the Montanists and Marcionites more clearly and sympathetically, and to ask ourselves some pertinent questions about how a Christian community might function in the twenty-first century. 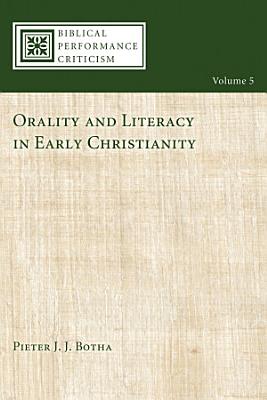 The history of the Jesus movement and earliest Christianity requires careful attention to the characteristics and peculiarities of oral and literate traditions. Understanding the distinctive elements of Greco-Roman literacy potentially has profound implications for the historical understanding of the documents and events involved. Concepts such as media criticism, orality, manuscript culture, scribal writing, and performative reading are explored in these chapters. The scene of Greco-Roman literacy is analyzed by investigating writing and reading practices. These aspects are then related to early Christian texts such as the Gospel of Mark and sections from Paul's letters. 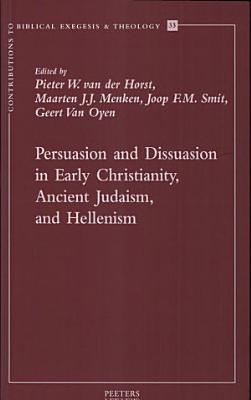 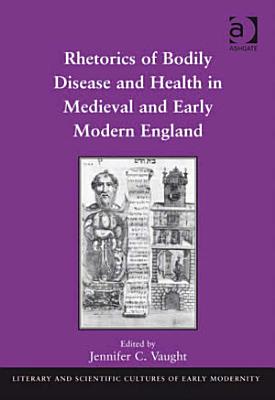 Susan Sontag in Illness as Metaphor and AIDS and Its Metaphors points to the vital connection between metaphors and bodily illnesses, though her analyses deal mainly with modern literary works. This collection of essays examines the vast extent to which rhetorical figures related to sickness and health-metaphor, simile, pun, analogy, symbol, personification, allegory, oxymoron, and metonymy-inform medieval and early modern literature, religion, science, and medicine in England and its surrounding European context. In keeping with the critical trend over the past decade to foreground the matter of the body and the emotions, these essays track the development of sustained, nuanced rhetorics of bodily disease and health — physical, emotional, and spiritual. The contributors to this collection approach their intriguing subjects from a wide range of timely, theoretical, and interdisciplinary perspectives, including the philosophy of language, semiotics, and linguistics; ecology; women's and gender studies; religion; and the history of medicine. The essays focus on works by Dante, Chaucer, Spenser, Shakespeare, Donne, and Milton among others; the genres of epic, lyric, satire, drama, and the sermon; and cultural history artifacts such as medieval anatomies, the arithmetic of plague bills of mortality, meteorology, and medical guides for healthy regimens. 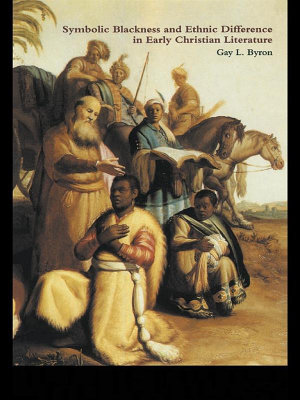 How were early Christians influenced by contemporary assumptions about ethnic and colour differences? Why were early Christian writers so attracted to the subject of Blacks, Egyptians, and Ethiopians? Looking at the neglected issue of race brings valuable new perspectives to the study of the ancient world; now Gay Byron's exciting work is the first to survey and theorise Blacks, Egyptians and Ethiopians in Christian antiquity. By combining innovative theory and methodology with a detailed survey of early Christian writings, Byron shows how perceptions about ethnic and color differences influenced the discursive strategies of ancient Christian authors. She demonstrates convincingly that, in spite of the contention that Christianity was to extend to all peoples, certain groups of Christians were marginalized and rendered invisible and silent. Original and pioneering, this book will inspire discussion at every level, encouraging a broader and more sophisticated understanding of early Christianity for scholars and students alike.