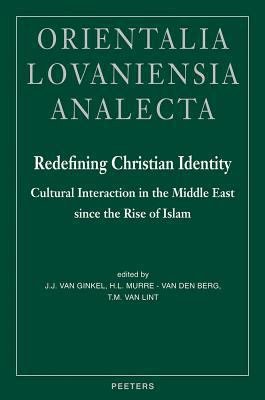 Cultural interaction in the Middle East since the Rise of Islam - such was the title of a combined research project of the Universities of Leiden and Groningen aimed at describing the various ways in which the Christian communities of the Middle East expressed their distinct cultural identity in Muslim societies. As part of the project the symposium "Redefining Christian Identity, Christian cultural strategies since the rise of Islam" took place at Groningen University on April 7-10, 1999. This book contains the proceedings of this conference. From the articles it becomes clear that a number of distinct "cultural strategies" can be identified, some of which were used very frequently, others only in certain groups or at particular periods of time. The three main strategies that are represented in the papers of this volume are: (i) reinterpretation of the pre-Islamic Christian heritage; (ii) inculturation of elements from the new Islamic context; (iii) isolation from the Islamic context. Viewed in time, it is clear that the reinterpretation of older Christian heritage was particularly important in the first two centuries after the rise of Islam, the seventh and eighth centuries, that inculturation was the dominant theme of the Abbasid period, in the ninth to twelfth centuries, whereas from the Mongol period onwards, from the thirteenth to the eighteenth centuries, isolation more and more often occurs, although inculturation of elements from the predominantly Muslim environment never came to a complete standstill. 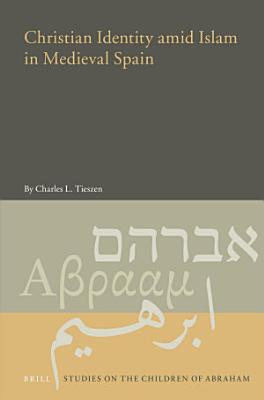 In Christian Identity amid Islam in Medieval Spain Charles L. Tieszen explores the strategies deployed by authors of medieval anti-Muslim polemic that helped them to forge a religious identity for their communities in light of Islam. 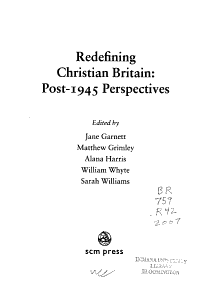 Addresses the state of religion in the UK from post WWII to the new millennium, with a selection of case studies from experts in the fields of history, sociology and religious studies. This book is organised around the themes of authenticity, generation and virtue. It looks at the impact of Christianity over a range of areas of national life. 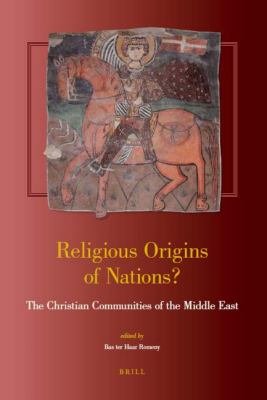 This volume presents the results of the Leiden project on the identity formation of the Syrian Orthodox Christians, which developed from a religious association into an ethnic community. A number of specialists react to the findings and discuss the cases of the East Syrians, Armenians, Copts, and Ethiopians. 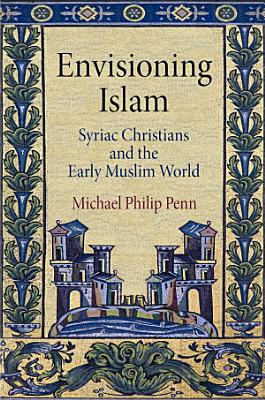 The first Christians to encounter Islam were not Latin-speakers from the western Mediterranean or Greek-speakers from Constantinople but Mesopotamian Christians who spoke the Aramaic dialect of Syriac. Under Muslim rule from the seventh century onward, Syriac Christians wrote the most extensive descriptions extant of early Islam. Seldom translated and often omitted from modern historical reconstructions, this vast body of texts reveals a complicated and evolving range of religious and cultural exchanges that took place from the seventh to the ninth century. The first book-length analysis of these earliest encounters, Envisioning Islam highlights the ways these neglected texts challenge the modern scholarly narrative of early Muslim conquests, rulers, and religious practice. Examining Syriac sources including letters, theological tracts, scientific treatises, and histories, Michael Philip Penn reveals a culture of substantial interreligious interaction in which the categorical boundaries between Christianity and Islam were more ambiguous than distinct. The diversity of ancient Syriac images of Islam, he demonstrates, revolutionizes our understanding of the early Islamic world and challenges widespread cultural assumptions about the history of exclusively hostile Christian-Muslim relations. 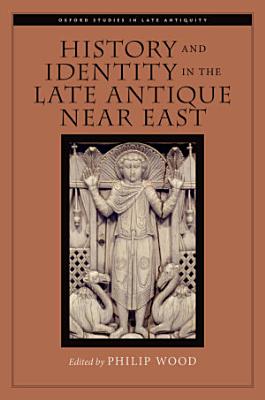 This volume arose out of a seminar series organised at the Classics Centre of Corpus Christi College, Oxford in 2009 and a subsequent workshop in 2010. 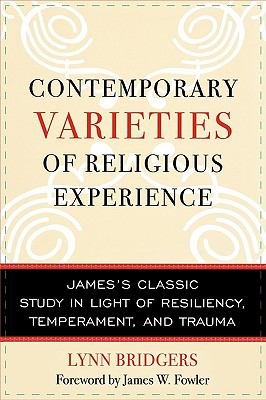 First published in 1902, William James's Varieties of Religious Experience is considered a classic in religious studies and the psychology of religion. But how has James's classic study weathered decades of development in psychology and behavioral sciences? Do the assertions about religious experience in the Varieties still ring true in light of neuro-cognitive and neuro-hormonal research, resiliency studies, studies of temperament, and traumatic studies? By extending William James's own research throughout the century since its publication this volume seeks to answer those questions. In doing so, it revolutionizes our understanding of James's own view of psychology and reveals the extraordinary value of James's perspective for religion, psychology, and spirituality today. In doing so, it offers vital insights for pastoral care and faith development at both the individual and congregational level. From the Introduction by James Fowler: Drawing on the authenticity of her own experience, Bridgers carries us into a remarkably clear and well documented account that traces William James's evolution as a psychologist, philosopher, and a deeply engaged inquirer into the dynamics of spiritual development and transformation... This book has a major contribution to make. Bridgers's study illumines the horizons of contemporary research in the study of religious experience, in all its varieties, and in the context of globalization. 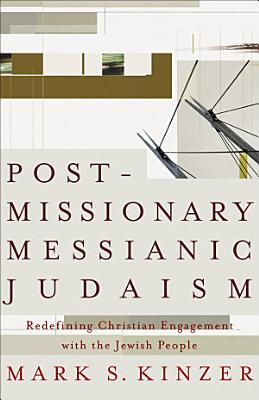 Agues for the irrevocable election of Israel and a bold, bridging role--between Judaism and the Gentile church--for the Messianic Jewish movement. 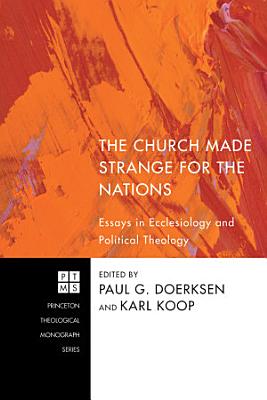 Christians have sometimes professed that the church ought to be in the world but not of it, yet the meaning and significance of this conviction has continued to challenge and confound. In the context of persecution, Christians in the ancient world tended to distance themselves from the social and civic mainstream, while in the medieval and early modern periods, the church and secular authorities often worked in close relationship, sharing the role of shaping society. In a post-Christendom era, this latter arrangement has been heavily critiqued and largely dismantled, but there is no consensus in Christian thought as to what the alternative should be. The present collection of essays offers new perspectives on this subject matter, drawing on sometimes widely disparate interlocutors, ancient and modern, biblical and secular. Readers will find these essays challenging and thought-provoking. 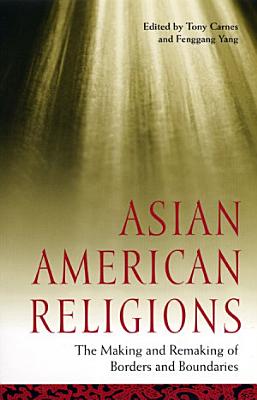 Asian American Religions brings together some of the most current research on Asian American religions from a social science perspective. The volume focuses on religion in Asian American communities in New York, Houston, Los Angeles, and the Silicon Valley/Bay Area, and it includes a current demographic overview of the various Asian populations across the United States. It also provides information on current trends, such as that Filipino and Korean Americans are the most religiously observant people in America, that over 60 percent of Asian Americans who have a religious identification are Christian, and that one-third of Muslims in the United States are Asian Americans. Rather than organizing the book around particular ethnic groups or religions, Asian American Religions centers on thematic issues, like symbols and rituals, political boundaries, and generation gaps, in order to highlight the role of Asian American religions in negotiating, accepting, redefining, changing, and creating boundaries in the communities' social life. 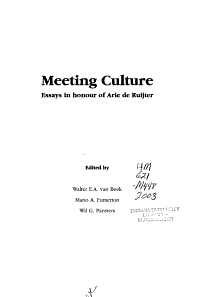 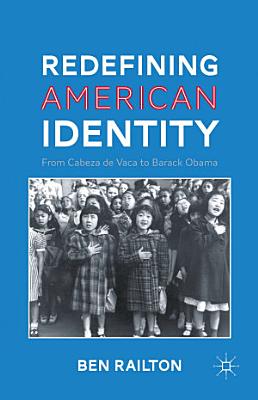 Using five personal narratives and in contrast to both the traditional and multicultural narratives, this book suggest cross-cultural transformation has been at the core of America since the first moments of contact. 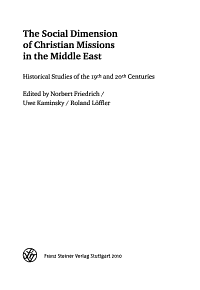 Christian missions in the Middle East were and still are a highly sensitive topic. For a number of academics, they have destroyed indigenous cultures and are nothing else than the religious wing of imperialism. A new development in historiography gives a different interpretation: Missions seem to have strongly contributed to the development of social work, healthcare, education, and science in certain regions of the world - sometimes even implementing basic social infrastructure that has been neglected by local rulers for decades or centuries. In particular, the missions in the Middle East have exhibited a strong "social dimension". Thus, one could even speak of a specific "trademark", for conversions hardly took place in the "house of Islam", and also among Jews during the 19th and 20th century. This volumne brings together some of the essential papers of a conference dealing with questions of cultural, religious and social history in this field of research. It contributes to the historiography of Christian missions, welfare organisations as well as of Christian Churches in the Middle East. The book challenges the predominantly eurocentric depiction of the history of Christianity by juxtaposing a transnational reading of Christian activism in the Orient. 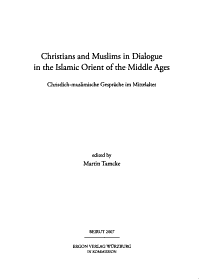