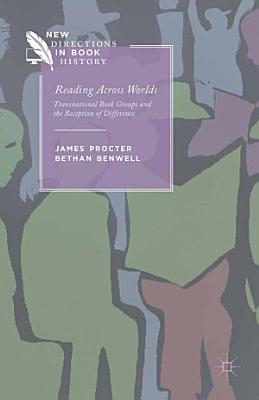 Combining sustained empirical analysis of reading group conversations with four case studies of classic and contemporary novels: Things Fall Apart, White Teeth, Brick Lane and Small Island, this book pursues what can be gained through a comparative approach to reading and readerships. 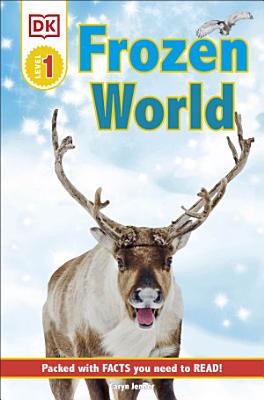 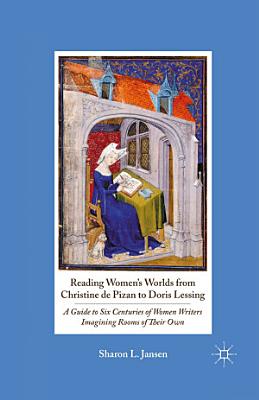 In this work, Jansen explores a recurring theme in writing by women: the dream of finding or creating a private and secluded retreat from the world of men. These imagined "women's worlds" may be very small, a single room, for example, but many women writers are much more ambitious, fantasizing about cities, even entire countries, created for and inhabited exclusively by women. 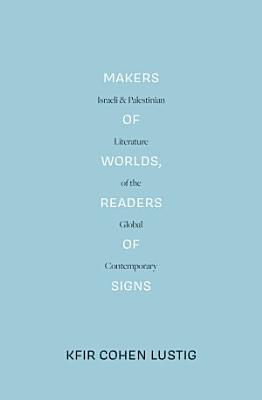 A sweeping new theory of world literature through a study of Palestinian and Israeli literature from the 1940s to the present Makers of Worlds, Readers of Signs charts the aesthetic and political formation of neoliberalism and globalization in Israeli and Palestinian literature from the 1940s to the present. By tracking literature’s move from making worlds to reading signs, Cohen Lustig proposes a new way to read theorize our global contemporary. Cohen Lustig argues that the period of Israeli statism and its counterpart of Palestinian statelessness produced works that sought to make and create whole worlds and social time—create the new state of Israel, preserve collective visions of Palestinian statehood. During the period of neoliberalism, the period after 1985 in Israel and the 1993 Oslo Accords in Palestine, literature became about the reading of signs, where politics and history are now rearticulated through the private lives of individual subjects. Here characters do not make social time but live within it and inquire after its missing origin. Cohen Lustig argues for new ways to track the subjectivities and aesthetics produced by larger shifts in production. In so doing, he proposes a new model to understand the historical development of Israeli and Palestinian literature as well as world literature in our contemporary moment. With a preface from Fredric Jameson. 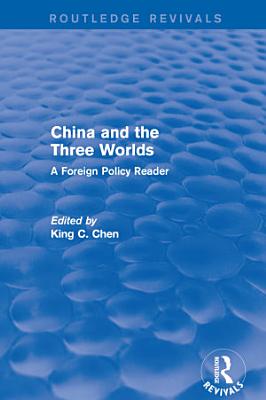 This title was first published in 1979 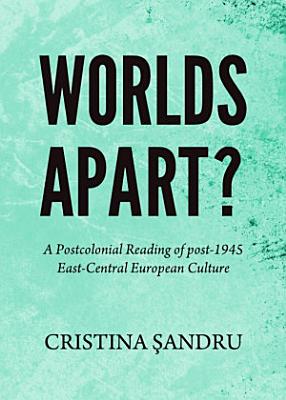 This study explores the relation of the Eastern European problematic to postcolonial critical practice, interrogating the extent to which postcolonialism can help illuminate instances of imperial domination in non-Third World contexts. It argues that colonisation is to be understood principally as a condition of ideological domination that has engendered similar forms of literary and cultural resistance; consequently, it offers a comparative framework which enables a reading in differential contexts of texts that ostensibly have little in common, but which, on close examination, reveal a shared imaginative space, rhetoric and narrative agency. The book consists of two interrelated parts. Part one is a critical discussion of the ideologies, cultural imaginaries and representational practices articulated in a diverse range of representative postcolonial and post-1945 East-Central European texts; these are shown to share, despite dissimilar conditions of production, uncannily related narrative modes and thematic emphases. Part two is a comparative literature case-study which discusses two authors whose work is both highly representative of the cultural formations discussed in the first part (Milan Kundera and Salman Rushdie) and, at the same time, highly controversial. The chapters dedicated to Kundera’s and Rushdie’s work examine the cultural geography of their novels, particularly in the writers’ use of memory and story-telling to reconfigure history and personal identity in conditions of literal and metaphorical displacement. While their novels thrive on ironic subversion and ambiguity, they simultaneously gesture towards a redemptive space of the imagination, transcending the constraints of both locality and history. 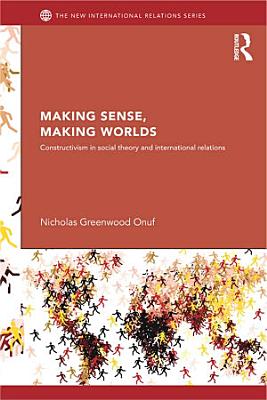 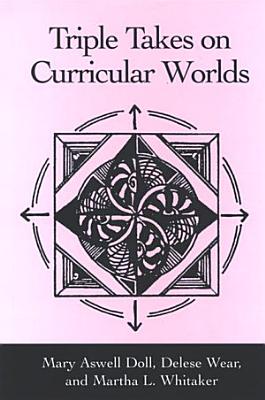 Three women educators from three different academic disciplines write their “takes” on a range of topics not usually found in curriculum studies. 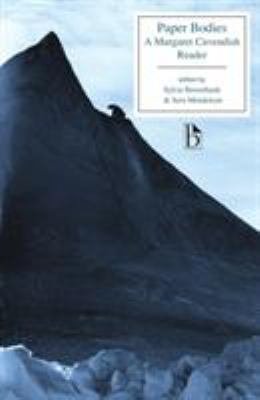 Margaret Cavendish was one of the most subversive and entertaining writers of the seventeenth century. She invented new genres, challenged gender roles, and critiqued the new science as well as the mores of society. “Paper Bodies” was the wonderful phrase she used to described her manuscripts, which she hoped would continue to make “a great Blazing Light” after her death. There are connections here to Cavendish’s most famous work, The Description of a New World, Called the Blazing World (1666), a unique tale of a woman travelling through the north pole to a strange new world. In addition to The Blazing World, this volume includes Cavendish’s brief autobiography, A True Relation of My Birth, Breeding and Life (1667), her play The Convent of Pleasure, and selections from her Sociable Letters, her poetry, and her critical writings. A variety of background documents by other seventeenth-century writers helps to set her work in context for the modern reader. 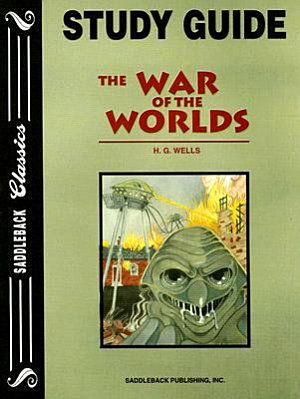 England is attacked by Martians. Panic erupts as the the countryside goes up in flames. H.G. Wells classic science fiction. 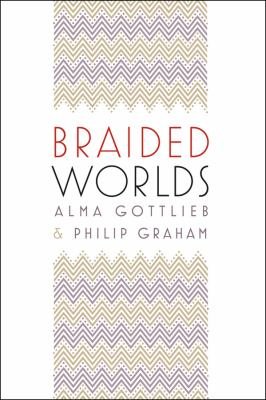 In a compelling mix of literary narrative and ethnography, anthropologist Alma Gottlieb and writer Philip Graham continue the long journey of cultural engagement with the Beng people of Côte d’Ivoire that they first recounted in their award-winning memoir Parallel Worlds. Their commitment over the span of several decades has lent them a rare insight. Braiding their own stories with those of the villagers of Asagbé and Kosangbé, Gottlieb and Graham take turns recounting a host of unexpected dramas with these West African villages, prompting serious questions about the fraught nature of cultural contact. Through events such as a religious leader’s declaration that the authors’ six-year-old son, Nathaniel, is the reincarnation of a revered ancestor, or Graham’s late father being accepted into the Beng afterlife, or the increasing, sometimes dangerous madness of a villager, the authors are forced to reconcile their anthropological and literary gaze with the deepest parts of their personal lives. Along with these intimate dramas, they follow the Beng from times of peace through the times of tragedy that led to Côte d’Ivoire’s recent civil conflicts. From these and many other interweaving narratives—and with the combined strengths of an anthropologist and a literary writer—Braided Worlds examines the impact of postcolonialism, race, and global inequity at the same time that it chronicles a living, breathing village community where two very different worlds meet.

Reading Worlds is a comprehensive reading series for African primary school children. It contains seven levels of graded readers and covers modern and traditional imaginative stories; fact-based readers; and stories based on familiar situations and contexts. 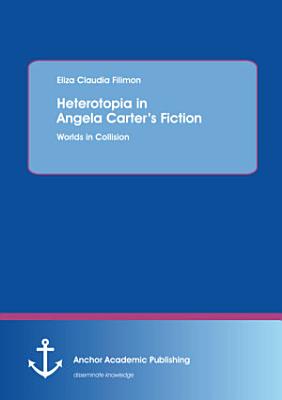 Angela Carter’s work is a collage of discourses and genres. The challenge of finding a critical framework, complex and accurate enough to classify her work, has remained. The spectacular and the pragmatic threads of her texts, framed by extreme seriousness and witty humour are unravelled with the help of a different metaphor, denoting enigmatic spaces, conterdiscourses, borders of otherness – heterotopia. Five novels out of nine, five short stories out of thirty-five, as well as Carter’s two film adaptations are filtered through a term extricated from its medical and geographical roots, which emphasizes the ambiguity, as well as the dialogic interaction of Angela Carter’s often discordant discourses that have kept her at the top of the literary canon.