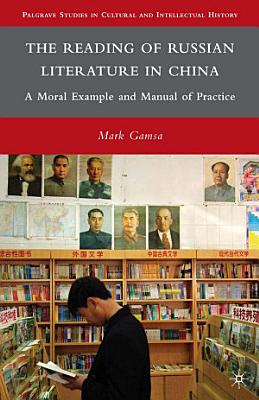 This book traces the profound influence that Russian literature, which was tied inseparably to the political victory of the Russian revolution, had on China during a period that saw the collapse of imperial rule and the rise of the Communist Party. 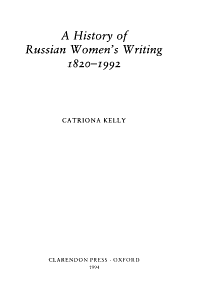 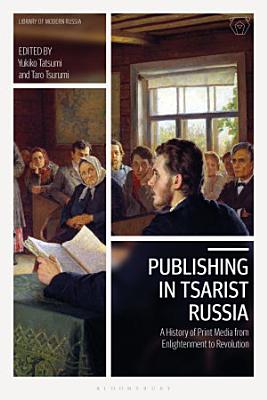 According to Benedict Anderson, the rapid expansion of print media during the late-1700s popularised national history and standardised national languages, thus helping create nation-states and national identities at the expense of the old empires. Publishing in Tsarist Russia challenges this theory and, by examining the history of Russian publishing through a transnational lens, reveals how the popular press played an important and complex Imperial role, while providing a “soft infrastructure” which the subjects could access to change Imperial order. As this volume convincingly argues, this is because the Russian language at this time was a lingua franca; it crossed borders and boundaries, reaching speakers of varying nationalities. Russian publications, then, were able to effectively operate within the structure of Imperialism but as a public space, they went beyond the control of the Tsar and ethnic Russians. This exciting international team of scholars provide a much-needed, fresh take on the history of Russian publishing and contribute significantly to our understanding of print media, language and empire from the 18th to 20th centuries. Publishing in Tsarist Russia is therefore a vital resource for scholars of Russian history, comparative nationalism, and publishing studies. 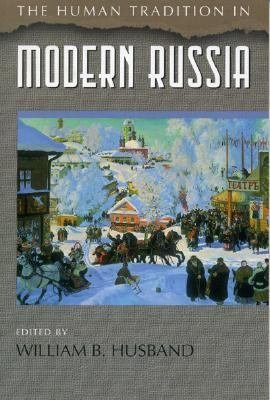 By integrating the human dimension into Russian history, The Human Tradition in Modern Russia introduces Russian social history to readers in a provocative and interesting new way. The essays in this unique collection are based largely on previously classified Russian archival information available only since 1991. This is a study of Russian history since 1861 from the perspective of individuals and groups usually underrepresented in scholarly studies, giving the reader a thorough view of Modern Russia from the 'grassroots' level. The Human Tradition in Modern Russia is ideal for courses on Russian history and civilization, modern European history, and world history. 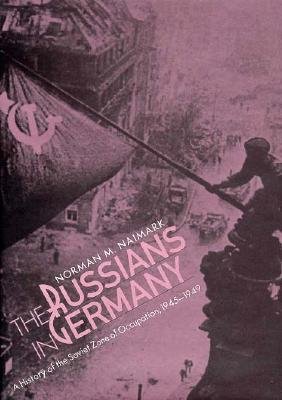 In 1945, when the Red Army marched in, eastern Germany was not "occupied" but "liberated." This, until the recent collapse of the Soviet Bloc, is what passed for history in the German Democratic Republic. Now, making use of newly opened archives in Russia and Germany, Norman Naimark reveals what happened during the Soviet occupation of eastern Germany from 1945 through 1949. His book offers a comprehensive look at Soviet policies in the occupied zone and their practical consequences for Germans and Russians alike--and, ultimately, for postwar Europe. In rich and lucid detail, Naimark captures the mood and the daily reality of the occupation, the chaos and contradictions of a period marked by rape and repression, the plundering of factories, the exploitation of German science, and the rise of the East German police state. Never have these practices and their place in the overall Soviet strategy, particularly the political development of the zone, received such thorough treatment. Here we have our first clear view of how the Russians regarded the postwar settlement and the German question, how they made policy on issues from reparations to technology transfer to the acquisition of uranium, how they justified their goals, how they met them or failed, and how they changed eastern Germany in the process. The Russians in Germany also takes us deep into the politics of culture as Naimark explores the ways in which Soviet officers used film, theater, and education to foster the Bolshevization of the zone. Unique in its broad, comparative approach to the Soviet military government in Germany, this book fills in a missing--and ultimately fascinating--chapter in the history of modern Europe. 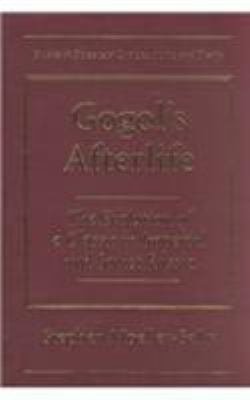 Gogol's claim to the title of national literary classic is incontestable. An exemplar of popular audiences no less than for the intelligentsia, Gogol was pressed into service under the tsarist and Soviet regimes for causes both aesthetic and political, official and unofficial. In Gogol's Afterlife, Stephen Moeller-Sally explores how he achieved this peculiar brand of cultural authority and later maintained it, despite dramatic shifts in the organization of Russian literature and society. Part I charts the historical and cultural currents that shaped Gogol's reputation, devoting particular attention to the models of authorship Gogol himself devised in response to his changing audience and developing authorial mission. Part II takes a panoramic view of the social milieu in which Gogol's status evolved. Finally, Part III examines the place of the classics in Soviet culture, with a focus on Gogol's role in the cultural revolution and his peculiar relationship with state power under Stalinism. 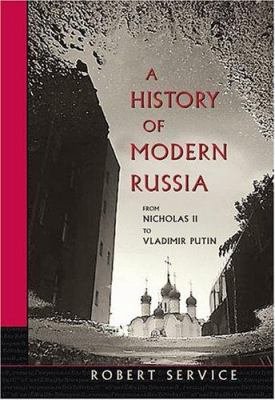 Russia had an extraordinary twentieth century, undergoing upheaval and transformation. Updating his acclaimed History of Twentieth-Century Russia through 2002, Robert Service provides a panoramic perspective on a country whose Soviet past encompassed revolution, civil war, mass terror, and two world wars. He shows how seven decades of communist rule, which penetrated every aspect of Soviet life, continue to influence Russia today. This new edition also discusses continuing economic and social difficulties at the beginning of the twenty-first century, the military campaign in Chechnya, and Russia's reduced role on the world stage. 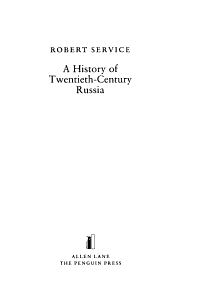 Russia has had an extraordinary history in the twentieth century. As the first Communist society, the USSR was both an admired model and an object of fear and hatred to the rest of the world. How are we to make sense of this history? "A History of Twentieth-Century Russia" treats the years from 1917 to 1991 as a single period and analyzes the peculiar mixture of political, economic, and social ingredients that made up the Soviet formula. Under a succession of leaders from Lenin to Gorbachev, various methods were used to conserve and strengthen this compound. At times the emphasis was upon shaking up the ingredients, at others upon stabilization. All this occurred against a background of dictatorship, civil war, forcible industrialization, terror, world war, and the postwar arms race. Communist ideas and practices never fully pervaded the society of the USSR. Yet an impact was made and, as this book expertly documents, Russia since 1991 has encountered difficulties in completely eradicating the legacy of Communism. "A History of Twentieth-Century Russia" is the first work to use the mass of material that has become available in the documentary collections, memoirs, and archives over the past decade. It is an extraordinarily lucid, masterful account of the most complex and turbulent period in Russia's long history. 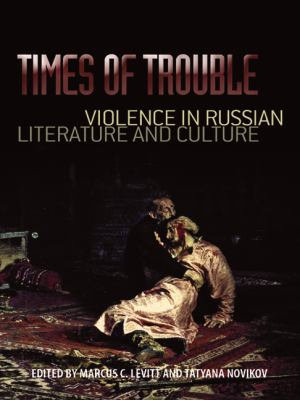 From the country that has added to our vocabulary such colorful terms as "purges," "pogroms," and "gulag," this collection investigates the conspicuous marks of violence in Russian history and culture. Russians and non-Russians alike have long debated the reasons for this endemic violence. Some have cited Russia's huge size, unforgiving climate, and exposed geographical position as formative in its national character, making invasion easy and order difficult. Others have fixed the blame on cultural and religious traditions that spurred internecine violence or on despotic rulers or unfortunate episodes in the nation's history, such as the Mongol invasion, the rule of Ivan the Terrible, or the "Red Terror" of the revolution. Even in contemporary Russia, the specter of violence continues, from widespread mistreatment of women to racial antagonism, the product of a frustrated nationalism that manifests itself in such phenomena as the wars in Chechnya. Times of Trouble is the first in English to explore the problem of violence in Russia. From a variety of perspectives, essays investigate Russian history as well as depictions of violence in the visual arts and in literature, including the works of Fyodor Dostoevsky, Isaac Babel, Mikhail Lermontov, and Nina Sadur. From the Mongol invasion to the present day, topics include the gulag, genocide, violence against women, anti-Semitism, and terrorism as a tool of revolution. 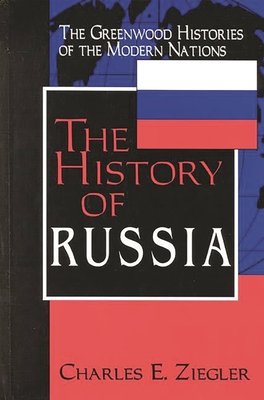 Discusses the political and economic aspects of each period as well as the social and cultural milieu, and includes a timeline, brief biographical notes on key players, and a bibliographic essay. 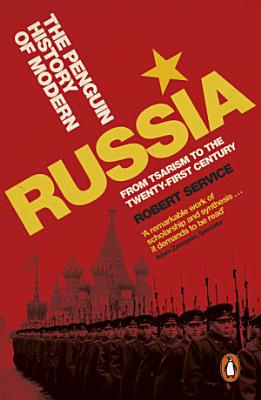 Robert Service's The Penguin History of Modern Russia: From Tsarism to the Twenty-first Century provides a superb panorama of Russia in the modern age. Russia's recent past has encompassed revolution, civil war, mass terror and two world wars, and the country is still undergoing huge change. In his acclaimed history, now revised and updated with a new introduction and final chapter, Robert Service explores the complex, changing interaction between rulers and ruled from Tsar Nicholas II, through the Russian Revolutions of 1905 and 1917; from Lenin and Stalin through to Gorbachev, Yeltsin, Putin and beyond. This new edition also discusses Russia's unresolved economic and social difficulties and its determination to regain its leading role on the world stage and explains how, despite the recent years of de-communization, the seven decades of communist rule which penetrated every aspect of life still continue to influence Russia today. 'Always well-informed and balanced in his judgements, clear and concise in his analysis ... Service is extremely good on Soviet politics' Orlando Figes, Sunday Telegraph 'A fine book ... it is a dizzying tale and Service tells it well; he has none of the ideological baggage that has so often bedevilled Western histories of Russia' Brian Moynahan, Sunday Times Robert Service is a Fellow of the British Academy and of St Antony's College, Oxford. He has written several books, including the highly acclaimed Lenin: A Biography, Russia: Experiment with a People, Stalin: A Biography and Comrades: A History of World Communism, as well as many other books on Russia's past and present. His most recent book, Trotsky, has been shortlisted for the Duff Cooper Prize. 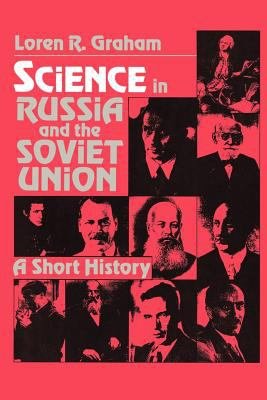 The main theme of this book on the history of Russian science is the shaping of scientific theories and institutions in Russia and the Soviet Union by social, economic and political factors. Major sections include the Tsarist period, the impact of the Russian Revolution and other factors. 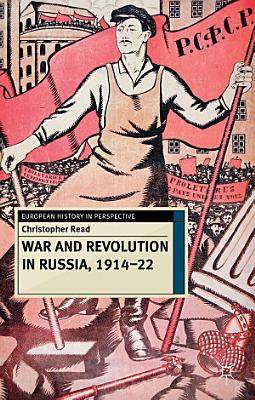 The First World War unleashed a powerful, transforming, destructive storm across the European continent. Its consequences were felt as harshly in Russia as anywhere else in the world. A spiral of chaos and violence erupted, continuing to reign throughout years of revolution and civil war. Leading expert Christopher Read presents a cutting-edge, highly readable introduction to Russia's crisis years. Read synthesises a wealth of newly available material and treats the period 1914-22 as a whole in order to contextualise and better understand the events of 1917 and their impact. As he examines the multiple revolutions, Read asks how and why the Bolsheviks were able to survive the storm, eventually taking over the world's largest country.