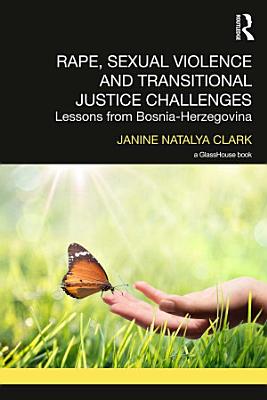 It is estimated that 20,000 people were subjected to rape and other forms of sexual violence during the 1992–1995 Bosnian war. Today, these men and women have been largely forgotten. Where are they now? To what extent do their experiences continue to affect and influence their lives, and the lives of those around them? What are the principal problems that these individuals face? Such questions remain largely unanswered. More broadly, the long-term consequences of conflict-related rape and sexual violence are often overlooked. Based on extensive interviews with male and female survivors from all ethnic groups in Bosnia-Herzegovina (BiH), this interdisciplinary book addresses a critical gap in the current literature on rape and sexual violence in conflict situations. In so doing, it uniquely situates and explores the legacy of these crimes within a transitional justice framework. Demonstrating that transitional justice processes in BiH have neglected the long-term effects of rape and sexual violence, it develops and operationalizes a new holistic approach to transitional justice that is based on an expanded conception of ‘legacy’ and has a wider application beyond BiH. 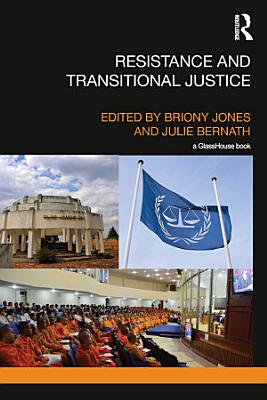 Despite a more reflective concern over the past 20 years with marginalised voices, justice from below, power relations and the legitimacy of mechanisms and processes, scholarship on transitional justice has remained relatively silent on the question of ‘resistance’. In response, this book asks what can be learnt by engaging with resistance to transitional justice not just as a problem of process, but as a necessary element of transitional justice. Drawing on literatures about resistance from geography and anthropology, it is the social act of labelling resistance, along with its subjective nature, that is addressed here as part of the political, economic, social and cultural contexts in which transitional justice processes unfold. Working through three cases – Côte d’Ivoire, Burundi and Cambodia – each chapter of the book addresses a different form or meaning of resistance, from the vantage point of multiple actors. As such, each chapter adds a different element to an overall argument that disrupts the norm/deviancy dichotomy that has so far characterised the limited work on resistance and transitional justice. Together, the chapters of the book develop cross-cutting themes that elaborate an overall argument for considering resistance to transitional justice as a subjective element of a political process, rather than as a problem of implementation. 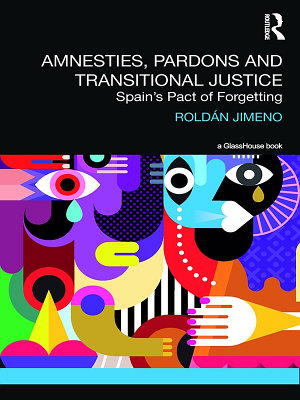 In a consolidated democracy, amnesties and pardons do not sit well with equality and a separation of powers; however, these measures have proved useful in extreme circumstances, such as transitions from dictatorships to democracies, as has occurred in Greece, Portugal and Spain. Focusing on Spain, this book analyses the country's transition, from the antecedents from 1936 up to the present, within a comparative European context. The amnesties granted in Greece, Portugal and Spain saw the release of political prisoners, but in Spain amnesty was also granted to those responsible for the grave violations of human rights which had been committed for 40 years. The first two decades of the democracy saw copious normative measures that sought to equate the rights of all those who had benefitted from the amnesty and who had suffered or had been damaged by the civil war. But, beyond the material benefits that accompanied it, this amnesty led to a sort of wilful amnesia which forbade questioning the legacy of Francoism. In this respect, Spain offers a useful lesson insofar as support for a blanket amnesty – rather than the use of other solutions within a transitional justice framework, such as purges, mechanisms to bring the dictatorship to trial for crimes against humanity, or truth commissions – can be traced to a relative weakness of democracy, and a society characterised by the fear of a return to political violence. This lesson, moreover, is framed here against the background of the evolution of amnesties throughout the twentieth century, and in the context of international law. Crucially, then, this analysis of what is now a global reference point for comparative studies of amnesties, provides new insights into the complex relationship between democracy and the varying mechanisms of transitional justice. 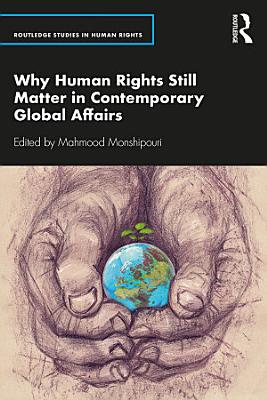 This book elucidates why human rights still matter in contemporary global affairs, and what can lead to better protection of international human rights in a post-liberal order. It blends theoretical, empirical, and normative perspectives, while providing much-needed analysis in light of the perils of populism, authoritarianism, and toxic nationalism, as well as highlighting the hopes with which people around the world view human rights in the new millennium. Systematically combining theoretical perspectives from across the disciplines with numerous case studies, it demonstrates not only the complexities of the domestic conditions involved, but also the ways in which human dignity can be preserved and promoted during periods of rapid change and uncertainty. Finally, the book addresses the question of how to protect human rights in such a world in which the active promotion of democratic values and enforcement of human rights may not be necessarily aligned with evolving economic and geopolitical interests of many great and diverse powers on the global scene. As such, it is a timely intervention for human rights as a concept as it has been attacked and eroded by the instability in our world today. This book will be of key interest to scholars and students of human rights in politics, law, philosophy, sociology, and history and to humanitarian bodies, practitioners, and policy makers. 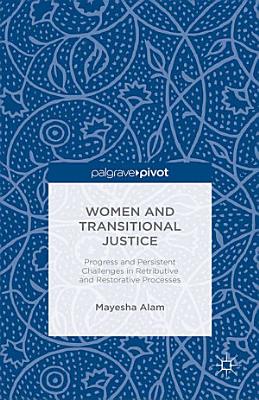 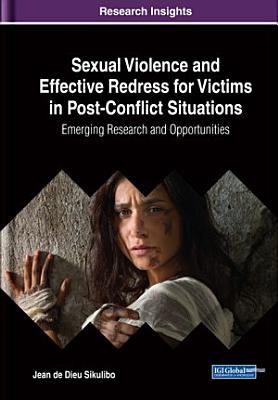 All too often in situations of armed conflicts, rape and other acts of sexual violence are used as military tactics. The use of sexual violence as a strategy of war is distinctively destructive and not only leaves victims with significant psychological scars but also tears apart the fabric of families and affected communities. Sexual Violence and Effective Redress for Victims in Post-Conflict Situations: Emerging Research and Opportunities is a collection of innovative research that analyzes these crimes and their implications for the needs of victims in post-conflict justice processes and how these needs can be effectively addressed in order to support the affected community. To conduct this analysis, it explores the distinct aspects of these crimes to understand the nature and extent of the social challenges and damage facing the victim, and examines the challenges and limitations of international criminal justice in dealing with a wide range of victim needs. While highlighting topics including judicial accountability, victims’ rights, and criminal justice, this book is ideally designed for psychologists, therapists, government officials, academicians, policymakers, and researchers. 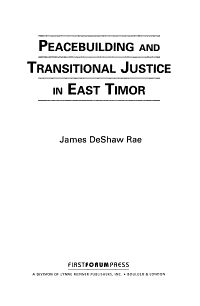 "Did the United Nations successfully help to build a just, peaceful state and society in postconflict East Timor? Has transitional justice satisfied local demands for accountability and/or reconciliation? What lessons can be learned from the UN's efforts? Drawing on extensive field work, James DeShaw Rae offers a grassroots perspective on the relationship between peacebuilding and transitional justice. Rae traces the effects of the political violence perpetrated in East Timor during the Indonesian occupation, as well as the UN-authorized intervention and the ultimate formulation of the rebuilding effort. In the process, he explores the results of hybrid (mixed domestic-international) tribunals and the attempt to conduct war crimes tribunals and truth and reconciliation commissions in tandem. Not least, his account of the impact of international actors working with the East Timorese to construct a new nation from the ground up suggests important policy prescriptions for all postconflict societies."--Publisher description. 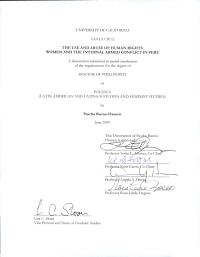 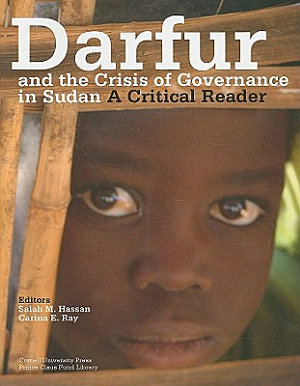 A diverse group of academics, activists, officials and rebels contribute chapters about different aspects of conflict in the western Sudanese region of Darfur. These chapters discuss the origins and evolution of the conflict, the various ways in which the conflict has been understood and misperceived (both locally and internationally), the profoundly gendered nature of the conflict, the status of those involved with regard to the Sudanese and international law, and the ongoing struggle for peace in the region. A substantial appendix reproduces UN, ICC, and (many for the first time in English translation) Arabic-language documents to trace the history of the conflict. The book also includes a chronology of major events in Sudan. 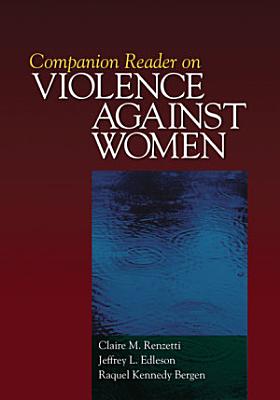 The Companion Reader on Violence Against Women complements and parallels the new edition of Renzetti, Sourcebook on Violence Against Women. The first part contains four articles relating to theoretical and methodological issues in researching violence against women. The second part is on types of violence against women, and the third part is on prevention and direct intervention. Each article has commentary and discussion questions to add an element of critical thinking. 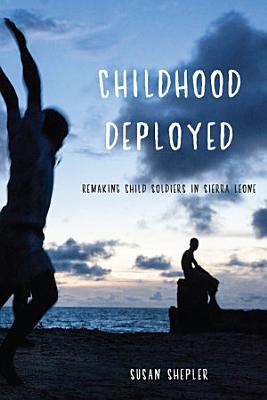 Childhood Deployed examines the reintegration of former child soldiers in Sierra Leone. Based on eighteen months of participant-observer ethnographic fieldwork and ten years of follow-up research, the book argues that there is a fundamental disconnect between the Western idea of the child soldier and the individual lived experiences of the child soldiers of Sierra Leone. Susan Shepler contends that the reintegration of former child soldiers is a political process having to do with changing notions of childhood as one of the central structures of society. For most Westerners the tragedy of the idea of “child soldier” centers around perceptions of lost and violated innocence. In contrast, Shepler finds that for most Sierra Leoneans, the problem is not lost innocence but the horror of being separated from one’s family and the resulting generational break in youth education. Further, Shepler argues that Sierra Leonean former child soldiers find themselves forced to strategically perform (or refuse to perform) as the“child soldier” Western human rights initiatives expect in order to most effectively gain access to the resources available for their social reintegration. The strategies don’t always work—in some cases, Shepler finds, Western human rights initiatives do more harm than good. While this volume focuses on the well-known case of child soldiers in Sierra Leone, it speaks to the larger concerns of childhood studies with a detailed ethnography of people struggling over the situated meaning of the categories of childhood.It offers an example of the cultural politics of childhood in action, in which the very definition of childhood is at stake and an important site of political contestation. 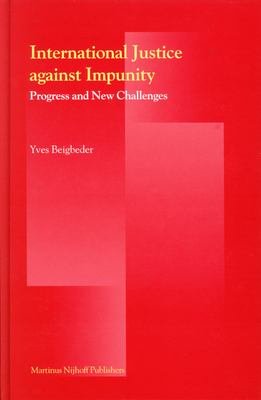 This volume reviews the achievements and limitations of the International Criminal Tribunals for the former Yugoslavia and Rwanda, and the creation of mixed national/international courts: the Special Court for Sierra Leone and the Cambodia Tribunal. The major, unexpected and promising judiciary innovation is however the creation of the International Criminal Court in 1998, supported by the UN, European Union members and other countries, effectively promoted by NGOs, but strongly opposed by the USA. The Court will have to show that it is a fair and valuable instrument in fighting impunity at the international level. 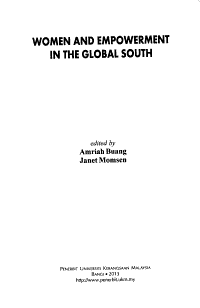 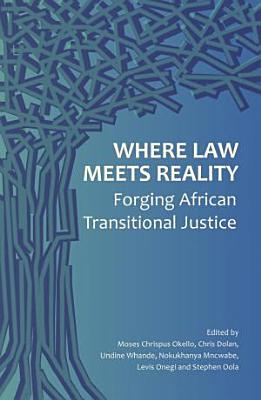 Considering the core debates about how to develop a transitional justice agenda that best responds to the African context, this book addresses the tension between justice, peace and reconciliation.