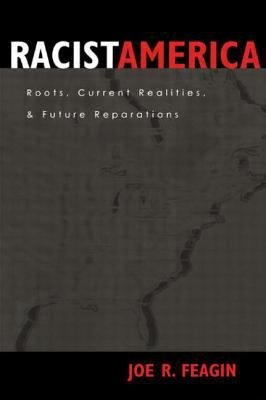 Despite the apparent advances since the civil rights era, America remains fundamentally racist, argues award-winning author Joe Feagin. Racist America is a bold, thoughtful exploration of the ubiquity of race in contemporary life. From a black New Jersey dentist stopped by police more than 100 times for driving to work in an expensive car to the labourer who must defend his promotion against charges of undeserved affirmative action, Feagin lays bare the economic, ideologic, and political structure of American racism. In doing so he develops an antiracist theory rooted not only in the latest empirical data but also in the current reality of racism in the U.S. 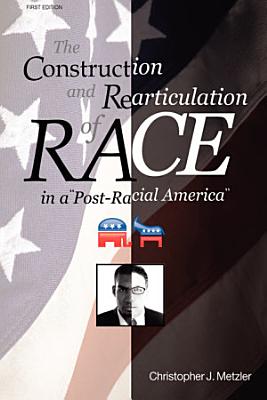 Almost Legal Humor is the way defense trial lawyer Stephen R. Crislip describes his book, Down to the Hard Road. Operating upon the premise that the most difficult lawyers (or people generally) are those born without humor, he reports from the road during a series of lawyer meetings over a specific period. Utilizing the no theme approach of the Seinfeld show and the reporting style of the late Pete McCarthy, who wrote a travel book entitled McCarthy's Bar based upon McCarthy stopping at every bar in Ireland with his name on it, Crislip humorously wanders along a lovely string of meetings in glorious places with totally random descriptions of locales, people and the silliness of the times, as subjectively viewed by a big boned boy writing from tiny seats on small regional jets. The author contends his family's residence in West Virginia for over 218 years gives him full and absolute standing to give his West Virginia viewpoint, including the standard West Virginia directions: "Go down to the hard road until you come to the four lane and follow it to the Robert C. Byrd Freeway".... which one, you ask, since everything in West Virginia now bears this description. In the spirit of the adventures taken, the author vows to donate all proceeds over the production costs to a community charity so that everyone who buys or reads the book can feel good about themselves -- even if they lack the humor gene, and even if they pitch the book like a disposable camera.

Racism in America explores the complicated and provocative issue of racial bias in America. Its main goal is to inform non-African-Americans of the pain and humiliation that attends acts of race-based discrimination, regardless of whether such acts are unwitting or driven by animus. Racism in America contains dozens of illustrative personal anecdotes involving racism that the author has experienced over the decades. Each story includes a discussion of why the author ascribes the label "racist" to a particular person or behavior. The result is a uniquely insightful, consciousness-raising book that challenges you to examine your own attitudes about race matters. 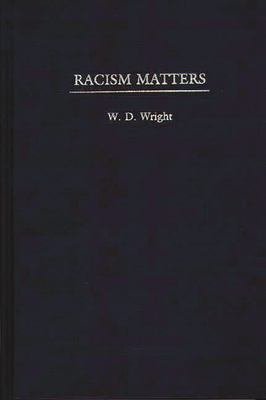 A new discussion of racism in America that focuses on how white people have been affected by their own racism and how it impacts upon relations between Blacks and Whites. 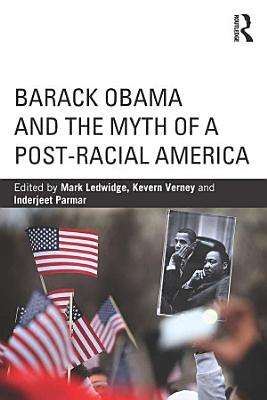 The 2008 presidential election was celebrated around the world as a seminal moment in U.S. political and racial history. White liberals and other progressives framed the election through the prism of change, while previously acknowledged demographic changes were hastily heralded as the dawn of a "post-racial" America. However, by 2011, much of the post-election idealism had dissipated in the wake of an on-going economic and financial crisis, escalating wars in Afghanistan and Libya, and the rise of the right-wing Tea Party movement. By placing Obama in the historical context of U.S. race relations, this volume interrogates the idealized and progressive view of American society advanced by much of the mainstream literature on Obama. Barack Obama and the Myth of a Post-Racial America takes a careful look at the historical, cultural and political dimensions of race in the United States, using an interdisciplinary analysis that incorporates approaches from history, political science, and sociology. Each chapter addresses controversial issues such as whether Obama can be considered an African-American president, whether his presidency actually delivered the kind of deep-rooted changes that were initially prophesised, and whether Obama has abandoned his core African-American constituency in favour of projecting a race-neutral approach designed to maintain centrist support. Through cutting edge, critically informed, and cross-disciplinary analyses, this collection directly addresses the dimensions of race in American society through the lens of Obama’s election and presidency. 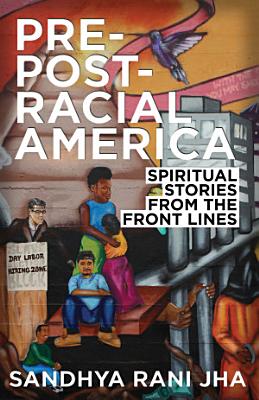 Those people. Their issues. The day's news and the ways we treat each other, overtly or subliminally, prove we are not yet living in post-racial America. It's hard to talk about race in America without everyone very quickly becoming defensive and shutting down. What makes talking race even harder is that so few of us actually know each other in the fullness of our stories. A recent Reuters poll found 40% of White people have no friends of other races, and 25% of people of color only have friends of the same race. Sandhya Rani Jha addresses the hot topic in a way that is grounded in real people's stories and that offers solid biblical grounding for thinking about race relations in America, reminding us that God calls us to build Beloved Community. Discussion questions at the end of each chapter provide starting points for reading groups. 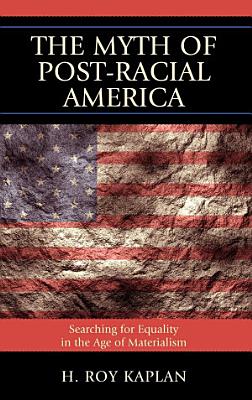 The Myth of Post-Racial America provides a history of race and racism in the United States. 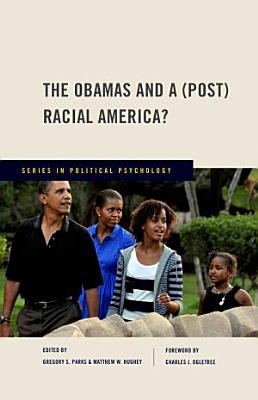 The United States has taken a long and winding road to racial equality, especially as it pertains to relations between blacks and whites. When Barack Hussein Obama was elected as the forty-fourth President of the United States and first black person to occupy the highest office in the land, many wondered whether that road had finally come to an end. Do we now live in a post-racial nation? This volume contends that despite the election of the first black President and rise of a black American family as possibly the most recognized family the world over, race is still a very salient issue-particularly in the United States. But the prominence of the Obamas on the world stage and the positive image they project may hasten the day when America is indeed post-racial, even at the implicit level. 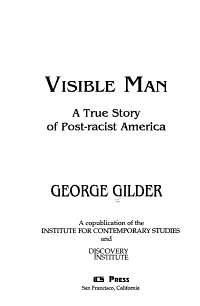 A new edition--with a new Preface by the author--of Gilder's seminal first book--the true story of Sam, a young, black ex-Marine whose charm and intelligence cannot keep him out of serious trouble. Gilder's indictment of the welfare system as a key element in what went wrong with Sam's life rings disturbingly true. 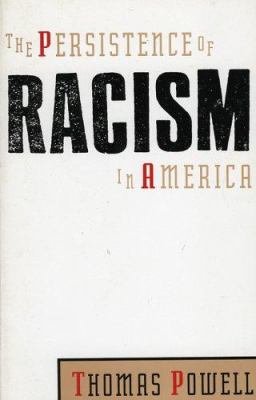 '...one of the most thorough attempts to explain why racism is still with us in these closing years of the twentieth century.'-THE NEW ENGLAND REVIEW OF BOOKS 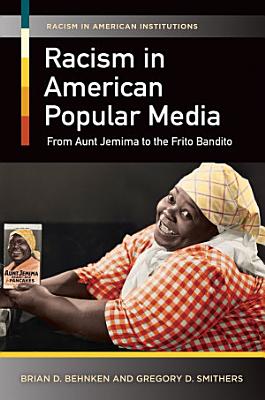 This book examines how the media—including advertising, motion pictures, cartoons, and popular fiction—has used racist images and stereotypes as marketing tools that malign and debase African Americans, Latinos, American Indians, and Asian Americans in the United States. • Addresses the current and important subject of how the powerful and pervasive messages in the media communicate and reinforce common racial stereotypes about people of color to vast audiences—especially children • Examines popular depictions of people of color going back to the 1880s and details how those depictions have changed • Explores "fun" subject matter that student readers find interesting—pop culture and how it shapes our daily experiences—with an analytical, critical edge 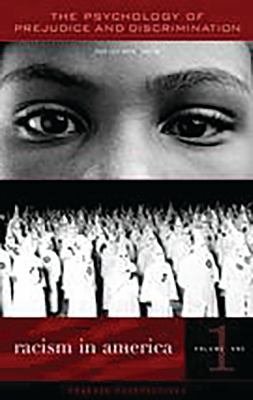 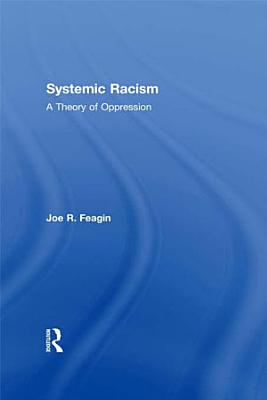 In this book, Feagin develops a theory of systemic racism to interpret the highly racialized character and development of this society. Exploring the distinctive social worlds that have been created by racial oppression over nearly four centuries and what this has meant for the people of the United States, focusing his analysis on white-on-black oppression. Drawing on the commentaries of black and white Americans in three historical eras; the slavery era, the legal segregation era, and then those of white Americans. Feagin examines how major institutions have been thoroughly pervaded by racial stereotypes, ideas, images, emotions, and practices. He theorizes that this system of racial oppression was not an accident of history, but was created intentionally by white Americans. While significant changes have occurred in this racist system over the centuries, key and fundamentally elements have been reproduced over nearly four centuries, and US institutions today imbed the racialized hierarchy created in the 17th century. Today, as in the past, racial oppression is not just a surface-level feature of society, but rather it pervades, permeates, and interconnects all major social groups, networks, and institutions across society. 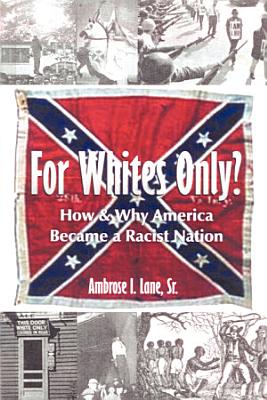