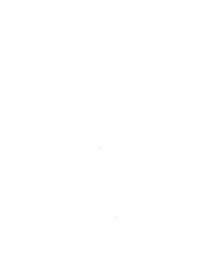 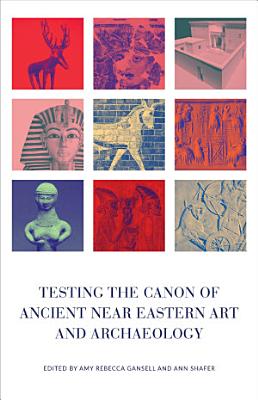 Testing the Canon of Ancient Near Eastern Art and Archaeology invites readers to reconsider the contents and agendas of the art historical and world-culture canons by looking at one of their most historically enduring components: the art and archaeology of the ancient Near East. Ann Shafer, Amy Rebecca Gansell, and other top researchers in the field examine and critique the formation and historical transformation of the ancient Near Eastern canon of art, architecture, and material culture. Contributors flesh out the current boundaries of regional and typological sub-canons, analyze the technologies of canon production (such as museum practices and classroom pedagogies), and voice first-hand heritage perspectives. Each chapter, thereby, critically engages with the historiography behind our approach to the Near East and proposes alternative constructs. Collectively, the essays confront and critique the ancient Near Eastern canon's present configuration and re-imagine its future role in the canon of world art as a whole. This expansive collection of essays covers the Near East's many regions, eras, and types of visual and archaeological materials, offering specific and actionable proposals for its study. Testing the Canon of Ancient Near Eastern Art and Archaeology stands as a vital benchmark and offers a collective path forward for the study and appreciation of Near Eastern cultural heritage. This book acts as a model for similar inquiries across global art historical and archaeological fields and disciplines. 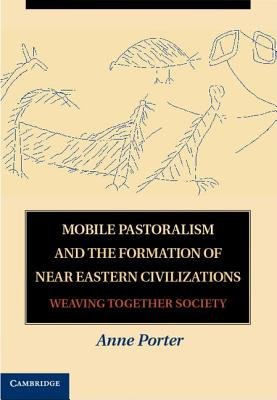 This book explores the roles of mobile and sedentary members of the ancient world in ancient Mesopotamia. 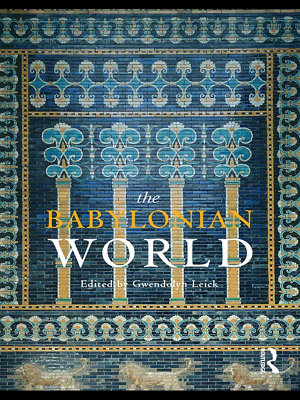 The Babylonian World presents an extensive, up-to-date and lavishly illustrated history of the ancient state Babylonia and its 'holy city', Babylon. Historicized by the New Testament as a centre of decadence and corruption, Babylon and its surrounding region was in fact a rich and complex civilization, responsible for the invention of the dictionary and laying the foundations of modern science. This book explores all key aspects of the development of this ancient culture, including the ecology of the region and its famously productive agriculture, its political and economic standing, its religious practices, and the achievements of its intelligentsia. Comprehensive and accessible, this book will be an indispensable resource for anyone studying the period. 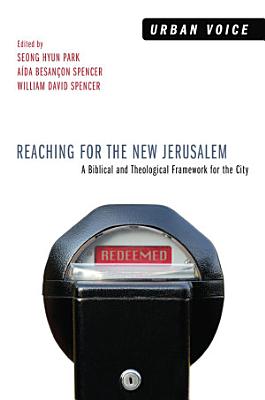 The task of this book is to examine the biblical and theological meaning of the city and our mission within it. It starts with the premise that the garden is lost, and we are headed toward the New Jerusalem, the city of God. In the meanwhile, we dwell in earthly cities that need to be adjusted to God's city: "[T]he fall has conditioned us to fear the city . . . though, historically, God intended it to provide safety, even refuge. . . . We have to band together and act to take back our communities if we are to help God in the divine task of reconciling the world to Godself by assisting God in adjusting our communities to God's New Jerusalem, rebuilding our own cities of Enoch on the blueprints of Christ . . . to go into all the world and share his good news, building the Christian community along the lines of the New Jerusalem, a city of light in which God is revealed." (from the Introduction by William David Spencer) Toward achieving this goal, this single, accessible volume brings together the biblical, the systematic, and the practical aspects of urban ministry by various contributors who are urban practitioners and theologians themselves, and have taught at Gordon-Conwell Theological Seminary, Boston Campus. 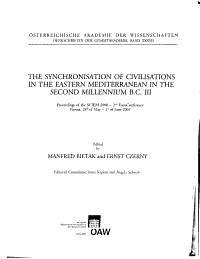 M. Wiener's key-lecture entitled "Times change: The current state of the Debate in Old World Chronology" provides the volume's introduction, followed by the section "Science and Chronology", which includes, among others, several controversial studies on the results of carbon-14 dating. An important point for the ongoing discussion on Aegean chronology is made by Pearce et al., who demonstrate that certain traces in Greenland ice-core layers, previously taken to be stemming from the Minoan eruption of Thera, in fact originate from eruptions of the Aniakchak volcano in Alaska. The volume next includes articles that deal with historical chronology and archaeological evidence, arranged in the sections "Egypt", "The Levant and Syria" and "The Aegean, Cyprus and adjacent regions". In addition to reports and analyses dealing with many aspects of the chronology and archaeology of these regions, this part also contains M. Bietak's study on all wall-paintings from Egypt, Israel, Syria and the Levant considered to be Minoan. 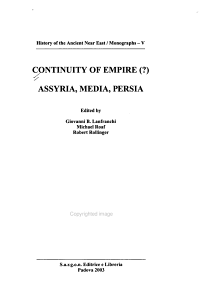 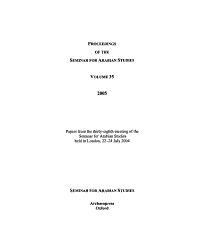 Proceedings of the Annual Meeting of the Seminar for Arabian Studies, 2004. 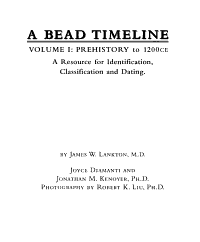 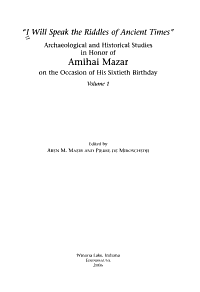 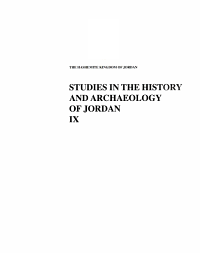 Contains papers presented at the International Conferences on the History and Archaeology of Jordan. 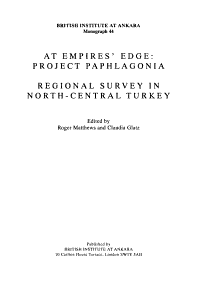 Project Paphlagonia was a multi-period, large-scale programme of regional survey in northcentral Turkey, today the provinces of Çankiri and parts of Karabuek, previously a little explored region. In total, an area of almost 8,500km2 was surveyed between 1997 and 2001, using both extensive and intensive survey techniques. More than 330 sites of archaeological and historical significance were located and recorded. The sites range in date from early prehistoric to Ottoman, and include Palaeolithic camp-sites, Chalcolithic and Early Bronze Age settlements and cemeteries, fortified defensive sites of the Hittite and other periods, Phrygian villages and burial tumuli, and a wealth of small towns, villages, farmsteads and hill-top refuges of the Hellenistic, Roman, Byzantine and early Turkish periods. This volume, to be used in conjunction with the Project Paphlagonia website presents synthetic treatments of all these periods as well as studies of the geology, geomorphology and climatology of the region. Studies of long-term settlement trends and patterns complete this publication of an important and productive programme of archaeological and historical survey. 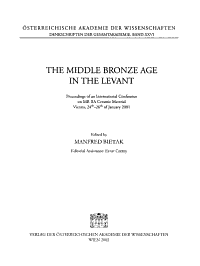 These nineteen papers are taken from an international conference held in Vienna in 2001 on the subject of Middle Bronze Age ceramics in the Levant. Contributors present material and discussion of ceramic sequences, attempting to link cultural phases from different areas such as Syria, Palestine and Egypt. 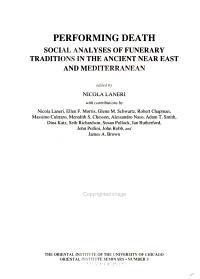 This volume represents a collection of contributions presented by the authors during the Second Annual University of Chicago Oriental Institute Seminar "Performing Death: Social Analyses of Funerary Traditions in the Ancient Mediterranean," held at the Oriental Institute, February 17-18, 2006. The principal aim of the two-day seminar was to interpret the social relevance resulting from the enactment of funerary rituals within the broad-reaching Mediterranean basin from prehistoric periods to the Roman Age. Efforts were concentrated on creating a panel composed of scholars with diverse backgrounds - anthropologists, historians, archaeologists, art historians, and philologists - and the knowledge and expertise to enrich the discussion through the presentation of case-studies linked to both textual and archaeological evidence from the Mediterranean region. Fundamental to the successful realisation of this research process was the active dialogue between scholars of different backgrounds. These communicative exchanges provided the opportunity to integrate different approaches and interpretations concerning the role played by the performance of ancient funerary rituals within a given society and, as a result, helped in defining a coherent outcome towards the interpretation of ancient communities' behaviours.