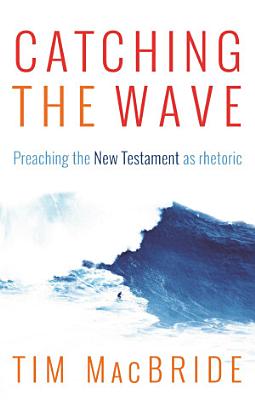 How can preachers make sermons not only say but also do? Tim MacBride shows beginning and seasoned preachers alike how to harness the rhetorical power inherent in the New Testament text, so that they might "catch the wave" rather than swim against the current. 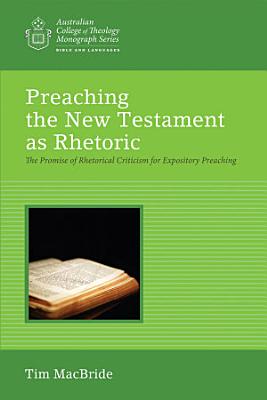 Since the rise of the "New Homiletic" a generation ago, it has been recognized that sermons not only say something to listeners, they also do something. A truly expository sermon will seek not merely to say what the biblical text said, but also to do what the biblical text did in the lives of its original audience. In Preaching the New Testament as Rhetoric, MacBride looks how at the discipline of rhetorical criticism can help preachers discern the function of a New Testament text in its original setting as a means of crafting a sermon that can function similarly in contemporary contexts. Focusing on the letters of Paul, he shows how understanding them in light of Greco-Roman speech conventions can suggest ways by which preachers can communicate not just the content of the letters, but also their function. In this way, the power of the text itself can be harnessed, leading to sermons that inform and, most importantly, transform. 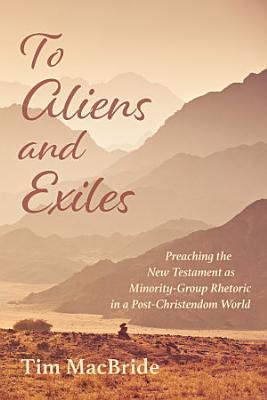 Over the space of a generation, Christianity in the Western world has gone from occupying a central place in the wider society to being eyed with increasing suspicion and, in some places, outright hostility. Although the church has always been a minority group, in the past decade or so it has become reawakened to that reality—and to the similarities it shares with the first followers of Jesus for whom the New Testament was written. In this book, Tim MacBride shows how New Testament texts functioned as rhetoric for the marginalized minority groups they addressed, encouraging hearers to resist the pressure to conform to the majority culture, yet in a way that remained attractively different to outsiders. He offers suggestions for how Christians today—and preachers in particular—can use and apply the New Testament’s minority-group rhetoric to speak into our own increasingly marginalized experience. Such preaching needs to guard against either being shaped by culture or isolating preacher and hearers against culture. It must instead champion the call of New Testament authors to a middle way—a call for communities of “aliens and exiles” to engage with culture by living out an attractive difference. 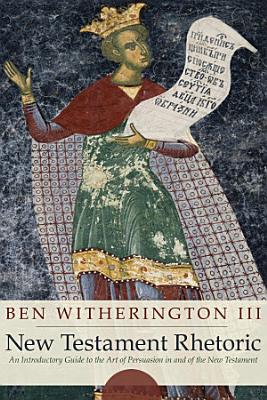 Witherington provides a much-needed introduction to the ancient art of persuasion and its use within the various New Testament documents. More than just an exploration of the use of the ancient rhetorical tools and devices, this guide introduces the reader to all that went into convincing an audience about some subject. Witherington makes the case that rhetorical criticism is a more fruitful approach to the NT epistles than the oft-employed approaches of literary and discourse criticism. Familiarity with the art of rhetoric also helps the reader explore non-epistolary genres. In addition to the general introduction to rhetorical criticism, the book guides readers through the many and varied uses of rhetoric in most NT documents-not only telling readers about rhetoric in the NT, but showing them the way it was employed. This brief guide book is intended to provide the reader with an entrance into understanding the rhetorical analysis of various parts of the NT, the value such studies bring for understanding what is being proclaimed and defended in the NT, and how Christ is presented in ways that would be considered persuasive in antiquity. - from the introduction 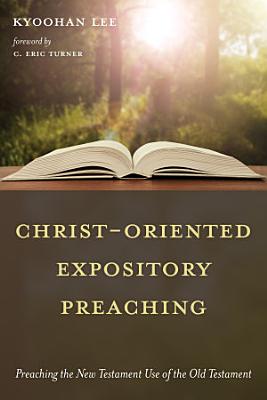 This book provides an exegetical-theological-rhetorical paradigm, “the Christ-oriented approach” (Lk 24:27, 44), that facilitates accuracy, effectiveness, and practicality in preaching the New Testament use of the Old. In providing a practical expository model, and sermon preparation/evaluation principles, this work moves beyond the level of theory into the realm of praxis, and will thus appeal to practitioners as well as to academics. 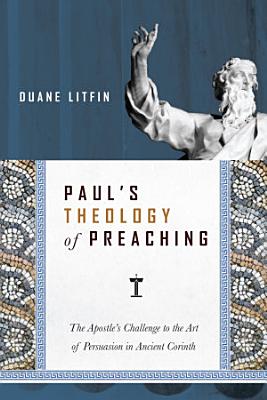 Duane Litfin, former president of Wheaton College, explores how Paul's theology of preaching can inform the church's preaching today. Through a detailed study of 1 Corinthians 1-4, Litfin shows how Paul's method of proclamation differed from Greco-Roman rhetoric and how Pauline preaching can be a model for the contemporary preaching task. 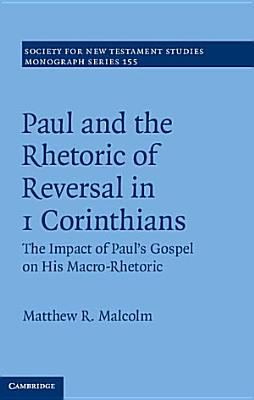 The first letter to the Corinthians is one of the most discussed biblical books in New Testament scholarship today. Despite this, there has been no consensus on its arrangement and central theme, in particular why the topic of the resurrection was left until the end of the letter, and what its theological significance would have been to the Corinthian church. Matthew R. Malcolm analyses this rhetoric of 'reversal', examines the unity of the epistle, and addresses key problems behind particular chapters. He argues that while Jewish and Greco-Roman resources contribute significantly to the overall arrangement of the letter, Paul writes as one whose identity and rhetorical resources of structure and imagery have been transformed by his preaching, or kerygma, of Christ. The study will be of interest to students of New Testament studies, Pauline theology and early Christianity. 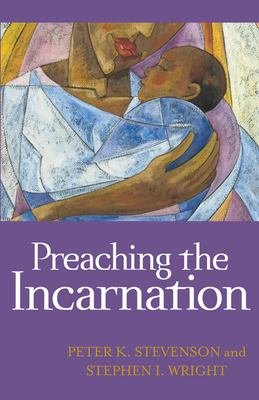 Offers a theological discussion of ten important Bible passages connected with the doctrine of incarnation, bringing historical and literary questions about the text into dialogue with Christian tradition, drawing out the implications of the passage for preaching. --from publisher description. 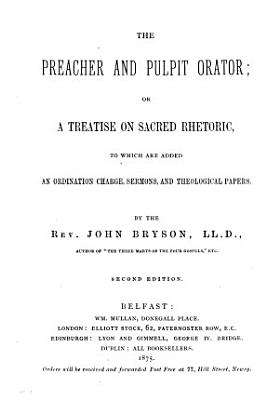 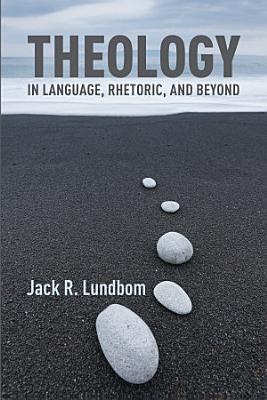 This book seeks to place before a broad audience of students and general readers theological essays on both the Old and New Testaments. Theology is seen to derive from a number of sources: the biblical language, biblical rhetoric and composition, academic disciplines other than philosophy, and above all a careful exegesis of the biblical text. The essay on Psalm 23 makes use of anthropology and human-development theory; the essay on Deuteronomy incorporates Wisdom themes; the essay called "Jeremiah and the Created Order" looks at ideas not only about God and creation but also about the seldom-considered idea of God and a return to chaos; the essay on the "Confessions of Jeremiah" examines, not words this extraordinary prophet was given by God to preach, but what he himself felt and experienced in the office to which he was called. Other essays argue that theology is rooted in biblical words--in and of themselves, and in context--and in rhetoric, where the latter must also include composition. One essay on "Biblical and Theological Themes" includes a translation into the African language of Lingala. 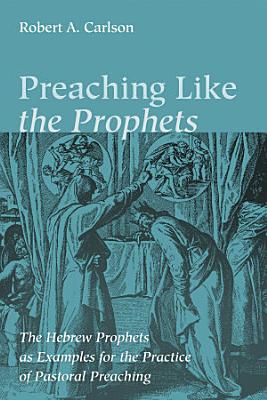 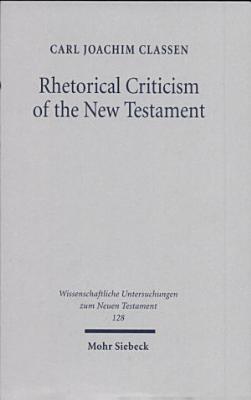 In view of the current debate on the application of Greek and Roman rhetoric to biblical texts C. Joachim Classen aims at determining both the opportunities and the limits of such forms of criticism, stressing the importance of supplementing the ancient categories by modern ones. He emphasizes the difference between letters such as Paul's epistles and other kinds of texts, for example the gospels, and the need to select the aspects and criteria of rhetorical criticism accordingly and tries to illustrate how such criticism may be practised. In addition he answers the question to what extent Paul was familiar with Greek rhetoric by an examination of his vocabulary and analyses at length Melanchthon's early lectures, his handbooks and his commentaries to show some of the roots of this type of criticism, the manner in which its greatest exponent developed it and the qualities ideally required for its successful application. 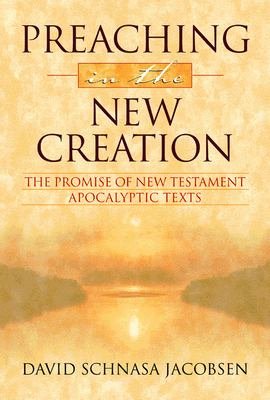 Most preachers have little fondness for apocalyptic texts because of their scathing language, surrealistic plots, and enigmatic symbols. David Jacobsen helps preachers move past these barriers with clear step by step directions and insightful analysis, showing how to move from text to sermon for the apocalyptic texts included in the lectionary. 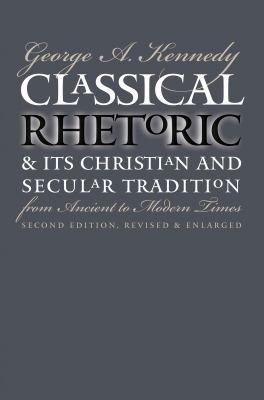 Since its original publication by UNC Press in 1980, this book has provided thousands of students with a concise introduction and guide to the history of the classical tradition in rhetoric, the ancient but ever vital art of persuasion. Now, George Ken