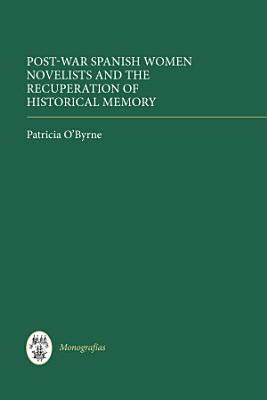 Reconstructs through testimonial literature the repression of women during the Franco years and recovers the writings of some of the forgotten post-war women novelists. 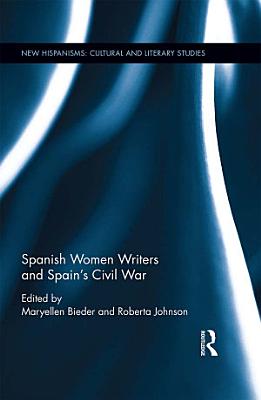 The Spanish Civil War (1936-1939) pitted conservative forces including the army, the Church, the Falange (fascist party), landowners, and industrial capitalists against the Republic, installed in 1931 and supported by intellectuals, the petite bourgeoisie, many campesinos (farm laborers), and the urban proletariat. Provoking heated passions on both sides, the Civil War soon became an international phenomenon that inspired a number of literary works reflecting the impact of the war on foreign and national writers. While the literature of the period has been the subject of scholarship, women's literary production has not been studied as a body of work in the same way that literature by men has been, and its unique features have not been examined. Addressing this lacuna in literary studies, this volume provides fresh perspectives on well-known women writers, as well as less studied ones, whose works take the Spanish Civil War as a theme. The authors represented in this collection reflect a wide range of political positions. Writers such as Maria Zambrano, Mercè Rodoreda, and Josefina Aldecoa were clearly aligned with the Republic, whereas others, including Mercedes Salisachs and Liberata Masoliver, sympathized with the Nationalists. Most, however, are situated in a more ambiguous political space, although the ethics and character portraits that emerge in their works might suggest Republican sympathies. Taken together, the essays are an important contribution to scholarship on literature inspired by this pivotal point in Spanish history. 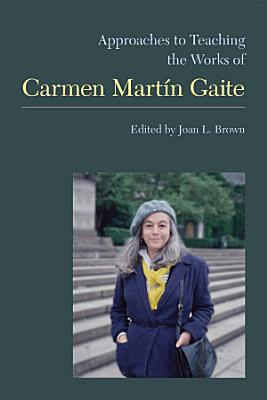 The career of Spain's celebrated author Carmen Martín Gaite spanned the Spanish Civil War, Franco's dictatorship, and the nation's transition to democracy. She wrote fiction, poetry, drama, screenplays for television and film, and books of literary and cultural analysis. The only person to win Spain's National Prize for Literature (Premio Nacional de las Letras) twice, Martín Gaite explored and blended a range of genres, from social realism to the fantastic, as she took up issues of gender, class, economics, and aesthetics in a time of political upheaval. Part 1 ("Materials") of this volume provides resources for instructors and a literary-historical chronology. The essays in part 2 ("Approaches") consider Martín Gaite's best-known novel, The Back Room (El cuarto de atrás), and other works from various perspectives: narratological, feminist, sociocultural, stylistic. In an appendix, the volume editor, who was a friend of the author, provides a new translation of Martín Gaite's only autobiographical sketch, alongside the original Spanish. 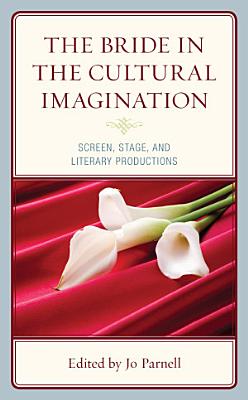 This essay collection examines the cultural and personal world of girls and women at a time when their lives, their person, their realities, and their status are about to change forever. Together, the chapters cleverly create an in-depth study of the subject, and look at several cultural forms to offer a different approach to the popularly-held views of the bride. The critical essays in this edited collection are thematically driven and include global perspectives of the portrayals of the bride in the films, stage productions and pop-culture narratives from Nigeria; Kenya; Uganda; Tanzania; Spain; Ancient Greece and Ancient Rome; Tajikistan; India; Egypt; and the South-Eastern Indian Ocean Islands. This multinational approach provides insight into the intricacies, customs, practices, and life-styles surrounding the bride in various Eastern and Western cultures. 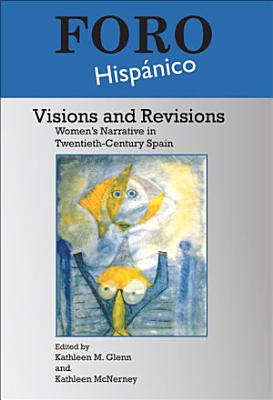 The desire to see afresh, to see differently, both old and not-so-old texts underliesVisions and Revisions: Women's Narrative in Twentieth-Century Spain. The authors studied, born between 1867 and l966, evince an interest in one or more of the issues that structure and give unity to this book: the construction of the self, concepts of gender and nation, center and margin, and efforts to recover and/or reconstruct the past, both individual and collective. In addition to focusing on questions that are currently of great critical interest, the volume features both Castilian and Catalan authors: Josefina Aldecoa, Carmen de Burgos, Maria Aurèlia Capmany, Dulce Chacón, Lucía Etxebarria, Ana María Moix, Carme Riera, Montserrat Roig, and Mercedes Salisachs. The contributors are distinguished Hispanists based in the United States, Spain, Canada, England, and New Zealand: Christine Arkinstall, Silvia Bermúdez, Maryellen Bieder, José F. Colmeiro, M. Àngels Francés, David K. Herzberger, P. Louise Johnson, Shirley Mangini, Esther Raventós-Pons, and Lisa Vollendorf. Their essays, which employ a variety of critical and theoretical approaches, will be of special interest to students of twentieth-century Peninsular literature, comparative literature, women's studies, and feminist criticism. 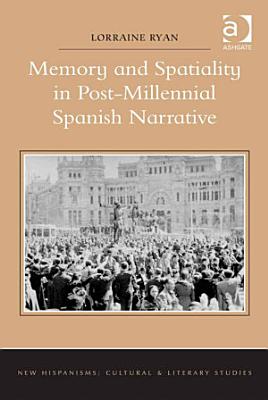 Focusing on literary texts produced from 2000 to 2009, Lorraine Ryan examines the imbrication between the preservation of Republican memory and the transformations of Spanish public space during the period from 1931 to 2005. Accordingly, Ryan analyzes the spatial empowerment and disempowerment of Republican memory and identity in Dulce Chacón’s Cielos de barro, Ángeles López’s Martina, la rosa número trece, Alberto Méndez’s ‘Los girasoles ciegos,’ Carlos Ruiz Zafón´s La sombra del viento, Emili Teixidor’s Pan negro, Bernardo Atxaga’s El hijo del acordeonista, and José María Merino’s La sima. The interrelationship between Republican subalternity and space is redefined by these writers as tense and constantly in flux, undermined by its inexorable relationality, which leads to subjects endeavoring to instill into space their own values. Subjects erode the hegemonic power of the public space by articulating in an often surreptitious form their sense of belonging to a prohibited Republican memory culture. In the democratic period, they seek a categorical reinstatement of same on the public terrain. Ryan also considers the motivation underlying this coterie of authors’ commitment to the issue of historical memory, an analysis which serves to amplify the ambits of existing scholarship that tends to ascribe it solely to postmemory. 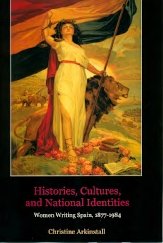 Issues around national identities have been central in Hispanism in recent years. However, scholarship remains pending on women's contributions to Spanish national agendas. This book addresses the visions of history, culture, and national identity articulated by Rosario de Acuna (1851-1923), angela Figuera (1902-1984), and Rosa Chacel (1898-1994). Their works elucidate the contested formation of Spanish democracy and the gendered politics of culture. Types of liberalism in late nineteenth-century Spain are debated in Acuna's theater and essays in part 1. Figuera's poetry, the focus of part 2, highlights the notion of history as trauma resulting from the Spanish Civil War and Franco dictatorship, to privilege the recovery of historical memory. Part 3 explores Chacel's re-invention, in Barrio de Maravillas and Acropolis, of the liberal cultures of early twentieth-century Spain, from within a post-Franco era eager to reclaim those histories. The conclusion addresses the relevance of the writers' projects for present-day Spain. Christine Arkinstall is Associate Professor in Spanish at The University of Auckland. 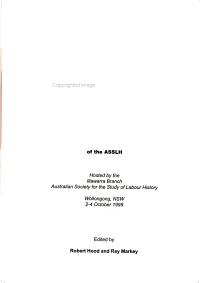 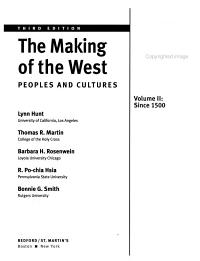 A team of renowned scholar-teachers created The Making of the West to address three of the biggest challenges teachers of western civilization face — demonstrating how the West has been an evolving entity shaped by global influences; conveying the dynamic interaction of social, political, cultural, and economic history in shaping events over time; and revealing the historical roots of developments in today’s world. Through a ground-breaking chronological synthesis, the narrative deftly weaves together the main events, people, and themes of a specific time, thus providing a balanced, easy-to-follow story line. New aids to guide student reading and enhancements to the book’s organization bring the essence of western history to the fore in the most accessible edition yet. 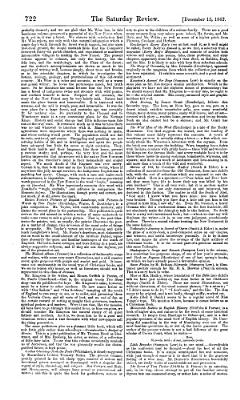 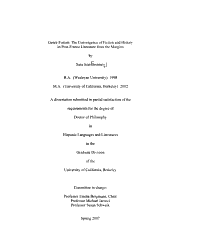 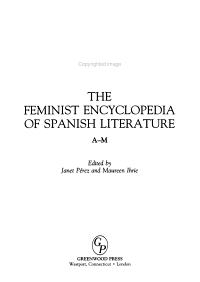 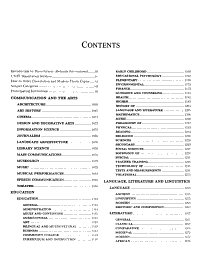 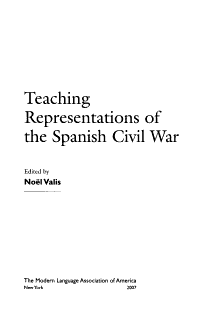 It was the stuff of Capa, Hemingway, Orwell, Picasso, Rodoreda, Sender, and a host of others working in Catalan, German, Irish and Spanish from both sides of the Atlantic. It is also very difficult to teach, not only because the Spanish Civil War is perceived as the precursor to World War II but also because it has been heavily romanticized. This collection of articles and resources cuts to the events and their real impact on history, literature and the arts and includes commentary on contexts, rhetoric, ideology, writing, film, music, iconography and the visual, memory and displacement. This stands alone as a series of accounts of the ways the war was and is represented, giving narratives of such elements as the memories of the Abraham Lincoln Brigade and the uses of allegory, but it is also particularly valuable through its lists of resources and course syllabi.