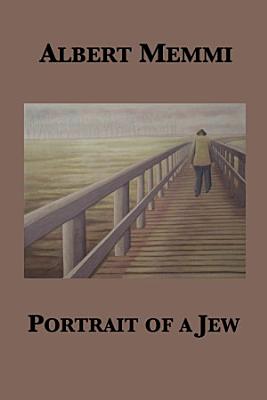 In this memoir and extended meditation on Jewish identity and anti-Semitic stereotypes written in France in the early 1960s, Albert Memmi paints a portrait of himself as a secular Jew. The book has been compared to Rousseau’s Confessionsbecause of its meticulous self-examination. Written only 15 years after the end of the Nazi occupation and just over a decade after the establishment of the State of Israel,Portrait of a Jew is a snapshot in time as well as a work of psychology and sociology. It both questions prevailing myths about the Jews of his time and describes the reality Memmi sees. Its sequel is The Liberation of the Jew. Portrait of a Jew and The Liberation of the Jew “form a whole: the beginning and the outcome of a passionate quest. The first offers a diagnosis, the second a remedy. [...] Both are written with moving sincerity [...] As a personal document, Memmi’s introspective study is valuable. Thought-provoking and disturbing in the best sense of the word, it allows us to look into the tormented mind and soul of a distinguished Jewish writer who aspires to live honestly while belonging simultaneously to two worlds. His doubts and affirmations carry the weight of testimony.” — Elie Wiesel, The New York Times “Portrait of a Jew and The Liberation of the Jew [are] filled with a Jewish existentialism marked by quest for identity and self-affirmation far more psychological and sociological than traditionally religious.” — Richard Locke, The New York Times “A bitter, plangent autobiography written in dark colors and minor chords. It is purgative and painful reading, for it angers, outrages, and reduces the reader to lonely verbal combats. But when the din and dust has died away, the questions and statements are still there asserting themselves.” — Henrietta Buckmaster, The Christian Science Monitor 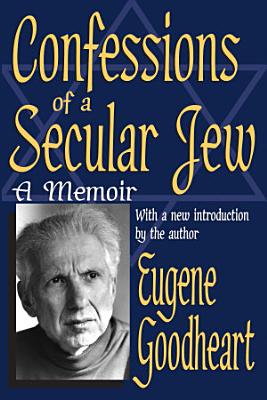 A memoir and an examination of the nature of Jewish identity in a secular world are illustrated through the author's questions of faith and cultural identity and his study of the history, culture, and humor that define Yiddishkeit. 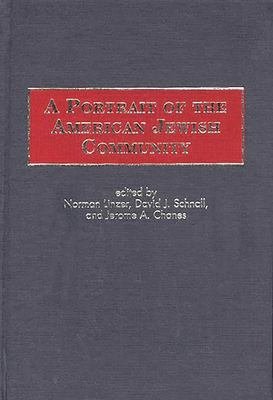 This comprehensive picture explores the many issues confronting the American Jewish community today, including the desire to remain a distinct entity while also participating in the larger American culture. 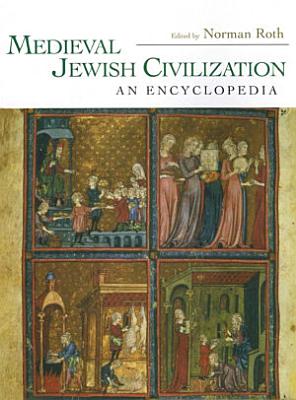 This is the first encyclopedic work to focus exclusively on medieval Jewish civilization, from the fall of the Roman Empire to about 1492. The more than 150 alphabetically organized entries, written by scholars from around the world, include biographies, countries, events, social history, and religious concepts. The coverage is international, presenting people, culture, and events from various countries in Europe, Africa, and the Middle East. For a full list of entries and contributors, a generous selection of sample entries, and more, visit the Medieval Jewish Civilization: An Encyclopedia website. 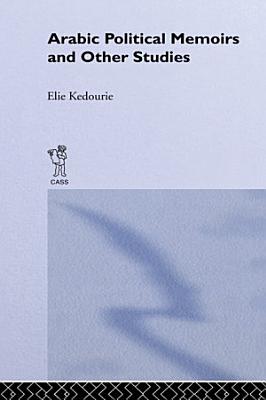 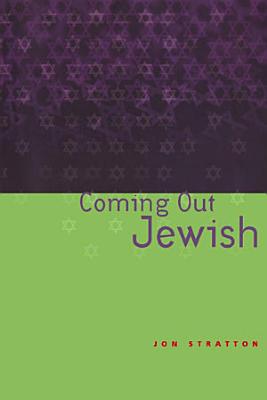 Like many Jews of our generation, Jon Stratton grew up in a family more concerned about assimilation than about preserving Jewish tradition. While he could easily 'pass' among non-Jews, he found himself increasingly torn between his fear of not belonging and a deeply-felt commitment to his family's past. Coming Out Jewish examines the unique challenge of constructing an identity amid the clash between ethnicity and conformity. For many Jews, the idea of full assimilation ended with the Holocaust. But the pressure to adapt to the mainstream, Stratton eloquently argues, remains powerful, especially for those with anglicized names, assimilationist parents, a history of recent immigration, or ambivalent experiences of themselves as Jews. With reference to the work of Daniel Boyarin, Ien Ang, and Homi Bhabha, among others, Stratton offers fresh analysis on a wide range of topics, including the Jewish origins of pluralism in the US, anti-Semitism in Germany, the Jewishness of sitcoms like Seinfeld, and the Yiddishization of American culture since World War II. More than a book about Jews and Jewishness, Coming Out Jewish smartly and accurately mines the Jewish experience in the West to give voice to the issues of migration, Diaspora, assimilation and identity that affect those, displaced and 'othered', around the world. 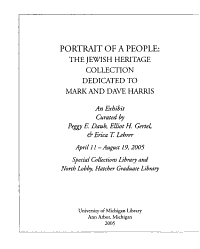 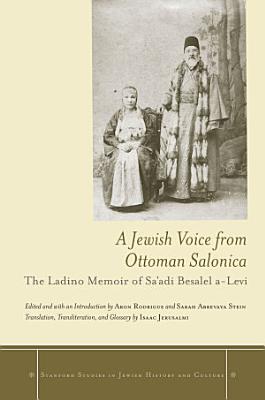 This book presents for the first time the complete text of the earliest known Ladino-language memoir, transliterated from the original script, translated into English, and introduced and explicated by the editors. The memoirist, Sa'adi Besalel a-Levi (1820–1903), wrote about Ottoman Jews' daily life at a time when the finely wrought fabric of Ottoman society was just beginning to unravel. His vivid portrayal of life in Salonica, a major port in the Ottoman Levant with a majority Jewish population, thus provides a unique window into a way of life before it disappeared as a result of profound political and social changes and the World Wars. Sa'adi was a prominent journalist and publisher, one of the most significant creators of modern Sephardic print culture. He was also a rebel who accused the Jewish leadership of Salonica of being corrupt, abusive, and fanatical; that leadership, in turn, excommunicated him from the Jewish community. The experience of excommunication pervades Sa'adi's memoir, which documents a world that its author was himself actively involved in changing. 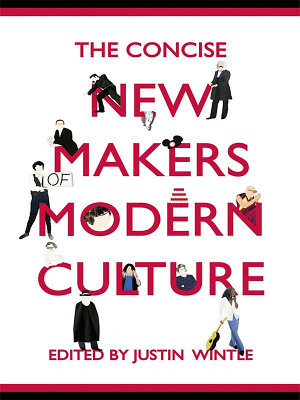 A Who's Who of Western culture, from Woody Allen to Emile Zola... Containing four hundred essay-style entries, and covering the period from 1850 to the present, The Concise New Makers of Modern Culture includes artists, writers, dramatists, architects, philosophers, anthropologists, scientists, sociologists, major political figures, composers, film-makers and many other culturally significant individuals and is thoroughly international in its purview. Next to Karl Marx is Bob Marley, with John Ruskin is Salman Rushdie, alongside Darwin is Luigi Dallapiccola, Deng Xiaoping rubs shoulders with Jacques Derrida as do Julia Kristeva and Kropotkin. With its global reach, The Concise New Makers of Modern Culture provides a multi-voiced witness of the contemporary thinking world. The entries carry short bibliographies and there is thorough cross-referencing as well as an index of names and key terms. 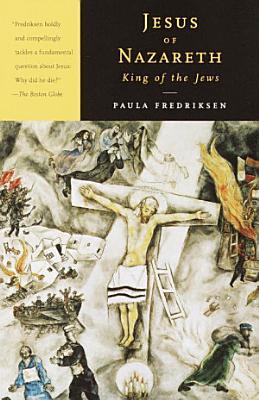 Paula Fredriksen, renowned historian and author of From Christ to Jesus, begins this inquiry into the historic Jesus with a fact that may be the only undisputed thing we know about him: his crucifixion. Rome reserved this means of execution particularly for political insurrectionists; and the Roman charge posted at the head of the cross indicted Jesus for claiming to be King of the Jews. To reconstruct the Jesus who provoked this punishment, Fredriksen takes us into the religious worlds, Jewish and pagan, of Mediterranean antiquity, through the labyrinth of Galilean and Judean politics, and on into the ancient narratives of Paul's letters, the gospels, the Dead Sea Scrolls, and Josephus' histories. The result is a profound contribution both to our understanding of the social and religious contexts within which Jesus of Nazareth moved, and to our appreciation of the mission and message that ended in the proclamation of Jesus as Messiah. 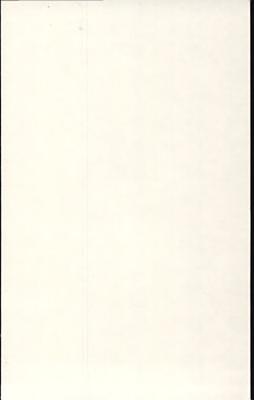 In this carefully researched analysis, Raphael and Jennifer Patai begin by defining race. They then develop the idea of the existence of "races" through history. In rich and fascinating detail, the authors consider the effects of intermarriage, interbreeding, proselytism, slavery, and concubinage on the Jewish population from Biblical times to the present. New material explores the psychological aspects of the Jewish race issue, the Jewish psyche, and the consequences of the 1975 United Nations resolution equating Zionism with racism. A revised and updated scientific section on the measurable genetic, morphological, and behavioral differences between Jews and non-Jews supports the conclusion that the idea of a "Jewish race" is, indeed, a myth. 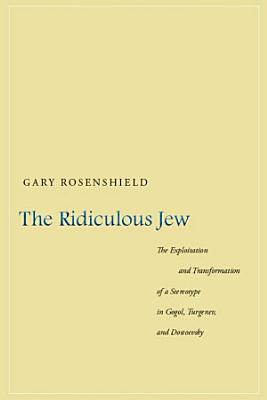 This book is a study devoted to exploring the use of a Russian version of the Jewish stereotype (the ridiculous Jew) in the works of three of the greatest writers of the nineteenth century. Rosenshield does not attempt to expose the stereotype—which was self-consciously and unashamedly employed. Rather, he examines how stereotypes are used to further the very different artistic, cultural, and ideological agendas of each writer. What distinguishes this book from others is that it explores the problems that arise when an ethnic stereotype is so fully incorporated into a work of art that it takes on a life of its own, often undermining the intentions of its author as well as many of the defining elements of the stereotype itself. With each these writers, the Jewish stereotype precipitates a literary transformation, taking their work into an uncomfortable space for the author and a challenging one for readers. 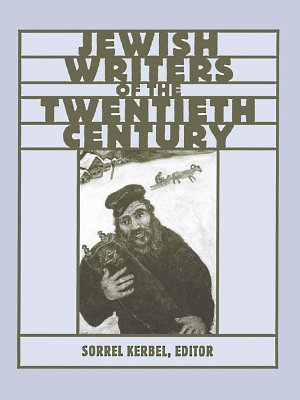 Now available in paperback for the first time, Jewish Writers of the Twentieth Century is both a comprehensive reference resource and a springboard for further study. This volume: examines canonical Jewish writers, less well-known authors of Yiddish and Hebrew, and emerging Israeli writers includes entries on figures as diverse as Marcel Proust, Franz Kafka, Tristan Tzara, Eugene Ionesco, Harold Pinter, Tom Stoppard, Arthur Miller, Saul Bellow, Nadine Gordimer, and Woody Allen contains introductory essays on Jewish-American writing, Holocaust literature and memoirs, Yiddish writing, and Anglo-Jewish literature provides a chronology of twentieth-century Jewish writers. Compiled by expert contributors, this book contains over 330 entries on individual authors, each consisting of a biography, a list of selected publications, a scholarly essay on their work and suggestions for further reading.