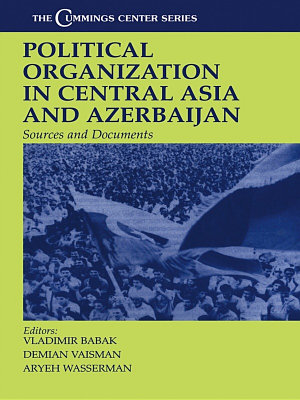 This work contains a selection of annotated documents, including party platforms and declarations of the major political groupings in the Islamic republics of the former Soviet Union. The book covers primarily the period from 1991 to 1994, which can be characterized as the first stage in the formation of a pluralistic society in these emerging states. Two divergent trends of developments can be identified from the sources: the first is a tendency toward the creation of independent states based on traditional models; the other towards independent states with Western-style democracies and pro-Russian orientation. 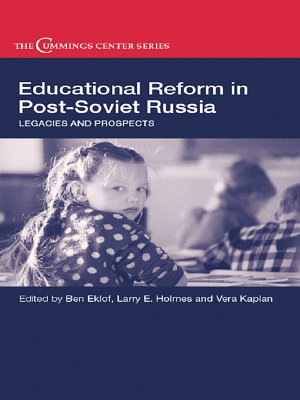 This volume consists of a collection of essays devoted to study of the most recent educational reform in Russia. In his first decree Boris Yeltsin proclaimed education a top priority of state policy. Yet the economic decline which accompanied the collapse of the Soviet Union dealt a crippling blow to reformist aspirations, and to the existing school system itself. The public lost faith in school reform and by the mid-1990s a reaction had set in. Nevertheless, large-scale changes have been effected in finance, structure, governance and curricula. At the same time, there has been a renewed and widespread appreciation for the positive aspects of the Soviet legacy in schooling. The essays presented here compare current educational reform to reforms of the past, analyze it in a broader cultural, political and social context, and study the shifts that have occurred at the different levels of schooling 'from political decision-making and changes in school administration to the rewriting textbooks and teachers' everyday problems. The authors are both Russian educators, who have played a leading role in implementation of the reform, and Western scholars, who have been studying it from its very early stages. Together, they formulate an intricate but cohesive picture, which is in keeping with the complex nature of the reform itself. Contributors: Kara Brown, (Indiana University) * Ben Eklof (Indiana University) * Isak D. Froumin, (World Bank, Moscow) * Larry E. Holmes (University of South Alabama) * Igor Ionov, (Russian History Institute of the Russian Academy of Sciences) * Viacheslav Karpov & Elena Lisovskaya, (Western Michigan University) * Vera Kaplan, (Tel Aviv University) * Stephen T. Kerr, (University of Washington) * James Muckle, (University of Nottingham) * Nadya Peterson, (Hunter College) * Scott Seregny, (Indiana University-Purdue University Indianapolis) * Alexander Shevyrev, (Moscow State University) * Janet G. Vaillant, (Harvard University) 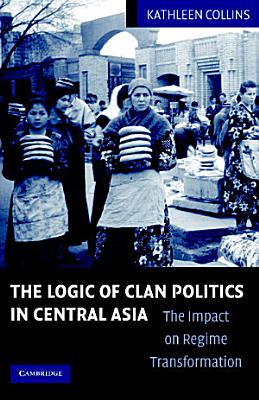 This book is a study of the role of clan networks in Central Asia from the early twentieth century through 2004. Exploring the social, economic, and historical roots of clans, and their political role and political transformation in the Soviet and post-Soviet periods, it argues that clans are informal political actors that are critical to understanding politics in this region. The book demonstrates that the Soviet system was far less successful in transforming and controlling Central Asian society, and in its policy of eradicating clan identities, than has often been assumed. In order to understand Central Asian politics and their economies, scholars and policy makers must take into account the powerful role of these informal groups, how they adapt and change over time, and how they may constrain or undermine democratization in this strategic region. 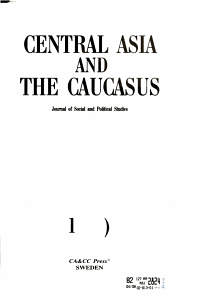 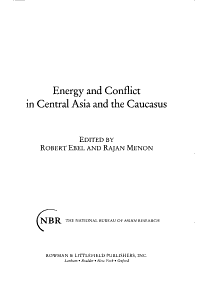 This timely study is the first to examine the relationship between competition for energy resources and the propensity for conflict in the Caspian region. Taking the discussion well beyond issues of pipeline politics and the significance of Caspian oil and gas to the global market, the book offers significant new findings concerning the impact of energy wealth on the political life and economies of Azerbaijan, Kazakhstan, and Turkmenistan. The contributors, a leading group of scholars and policymakers, explore the differing interests of ruling elites, the political opposition, and minority ethnic and religious groups region-wide. Placing Caspian development in the broader international relations context, the book assesses the ways in which Russia, China, Iran, and Turkey are fighting to protect their interests in the newly independent states and how competition for production contracts and pipeline routes influences regional security. Specific chapters also link regional issues to central questions of international politics and to theoretical debates over the role of energy wealth in political and economic development worldwide. Woven throughout the implications for U.S. policy, giving the book wide appeal to policymakers, corporate executives, energy analysts, and scholars alike. 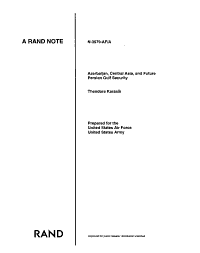 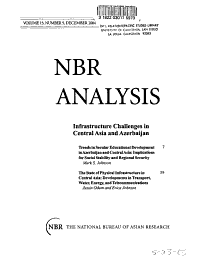 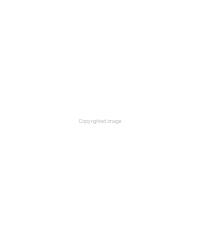 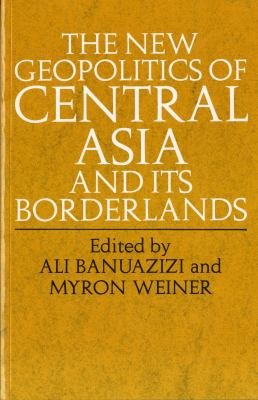 This book focuses on the newly independent Muslim republics of the former Soviet Union in Central Asia, especially Uzbekistan, Tajikistan and Azerbaijan. It examines the recent economic and political developments in these states with reference to the lingering legacy of Tsarist Russian and Soviet rule, the resurgence of an Islamic political identity, the persistence of ethnic allegiances and rivalries, and the nascent democratic aspirations of their peoples. 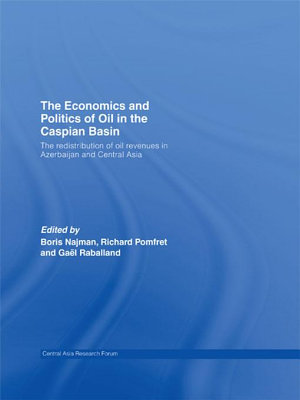 The Caspian Basin region has boomed since the late 1990s due to new oil discoveries, new pipelines that have diversified countries' transport options and world oil prices that have risen from below $10 in 1998 to $70 in 2006. This book analyzes the experience of the Caspian countries during the oil boom. It is founded on empirical studies, using either macroeconomic tools or an analysis of public budgets, or microeconometric analysis of household survey data or fieldwork in oil-producing regions. Moving from aggregated to disaggregated analysis and, in-keeping with its emphasis on rigorous empirical analysis to the greatest extent possible, several chapters are written by specialists on the Caspian region. Whilst there is an emphasis on the economic consequences of the oil boom, the interdisciplinary aspects of the phenomenon are also recognized. Overall, the analysis is firmly rooted in the region, yet the empirical studies also provide a basis for drawing broader lessons about the effects of an oil boom. 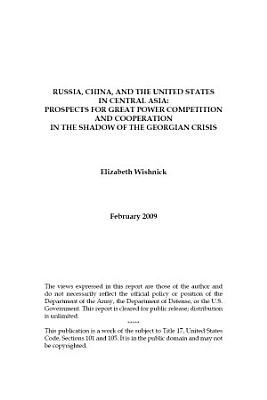 "This monograph explores the appearance and reality of a consolidation of anti-U.S. interests in Central Asia via the Shanghai Cooperation Organization (SCO) and the Sino-Russian partnership. The author asserts that while there is considerable suspicion of U.S. designs on Central Asia, divergent interests within the SCO, among Central Asian states, and especially between Russia and China, serve to limit any coordinated anti-U.S. activity. The monograph takes a critical look at the Sino-Russian partnership and points to differences on energy and economic integration in Central Asia, despite common interests in maintaining regime security and limiting U.S. influence in the region."--P. vi-vii. 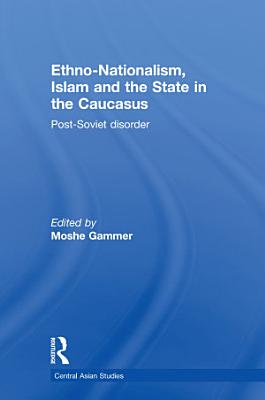 With the region of the Caucasus with its ongoing, and even deteriorating, crisis and instability and its strategic and economic importance increasingly at the front of the world's attention, this volume presents and discusses some of the complexities and problems arising in the region such as Islamic terrorists and al-Qaida. Scholars from different disciplines who specialise in the Caucasus analyze key topics such as: discussions of grass root perceptions the influence of informal power structures on ethnic conflicts in the Caucasus Russian policies towards Islam and their destabilising influence the influence of Islamic revival on the legal and social situations nationalism and the revival of pre- and sub-national identities shifts in identity as reflected in demography reasons for the Chechen victory in the first Chechen war the involvement of Islamic volunteers in Chechnya. With the situation in Chechnia likely to spread across the entire North Caucasus, this cutting edge work will be of great value in the near future and will interest political scientists and regional experts of Russia, Central Asia, Caucasus, Middle East and Turkey, as well as NGOs, government agencies and think tanks. 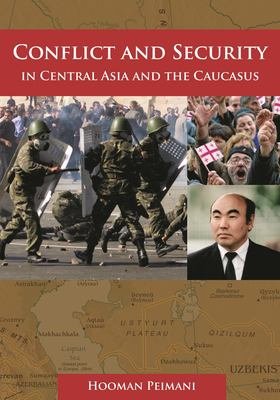 This is the only book since the fall of the Soviet Union to analyze the security of the newly emerged independent states in the strategically vital region of Central Asia and the Caucasus. * Nearly 20 essays on vital topics such as the Islamic movement in Uzbekistan and NATO's Partnership for Peace program * Separate chronologies for Central Asia and the Caucasus * Current maps of this turbulent, fast-changing region * A four-part, comprehensive bibliography organized by region 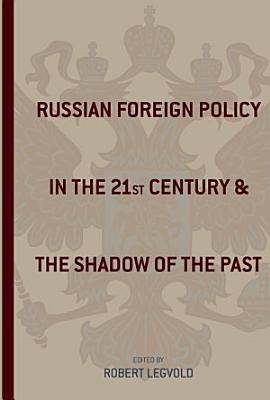 Because the turbulent trajectory of Russia's foreign policy since the collapse of the Soviet Union echoes previous moments of social and political transformation, history offers a special vantage point from which to judge the current course of events. In this book, a mix of leading historians and political scientists examines the foreign policy of contemporary Russia over four centuries of history. The authors explain the impact of empire and its loss, the interweaving of domestic and foreign impulses, long-standing approaches to national security, and the effect of globalization over time. Contributors focus on the underlying patterns that have marked Russian foreign policy and that persist today. These patterns are driven by the country's political makeup, geographical circumstances, economic strivings, unsettled position in the larger international setting, and, above all, its tortured effort to resolve issues of national identity. The argument here is not that the Russia of Putin and his successors must remain trapped by these historical patterns but that history allows for an assessment of how much or how little has changed in Russia's approach to the outside world and creates a foundation for identifying what must change if Russia is to evolve. A truly unique collection, this volume utilizes history to shed crucial light on Russia's complex, occasionally inscrutable relationship with the world. In so doing, it raises the broader issue of the relationship of history to the study of contemporary foreign policy and how these two enterprises might be better joined.