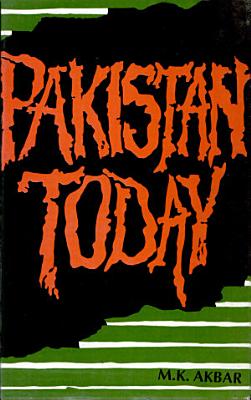 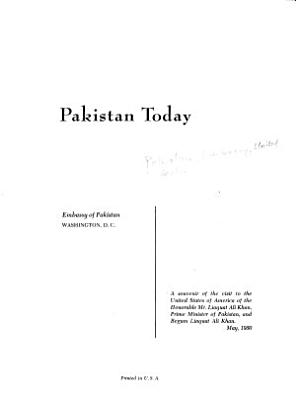 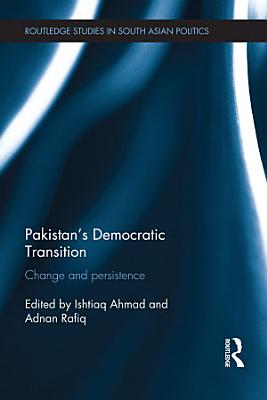 Politics in Pakistan has traditionally been understood in the context of civil-military relationship. In May 2013, for the first time in history, Pakistan saw an elected government complete a full term in office and transfer power through the ballot box to another civilian government. In view of such an important development, this book offers critical perspectives on Pakistan’s current democratic transition and its implications for national politics, security and foreign policy. It critically analyses the emerging political trends in the country, including their underlying sources, attributes, constraints, and prospects of sustainability. Drawing on history, diverse theoretical perspectives, and empirical evidence, it explains the dynamics of the democratic process, contested borders and spaces, and regionalism. Contributions are from 13 prominent scholars in the field, who provide a wide-ranging analysis of Pakistan’s contemporary national and regional challenges, as well as the opportunities they entail for its viability as a democratic state. Taking the debate on Pakistan beyond the outmoded notions of praetorian politics and security, the book explores the future prospects of civilian supremacy in the country. It will be of interest to students and scholars of South Asian Politics, Political Sociology and Security Studies, as well as policy-makers, diplomats, security experts and military professionals. 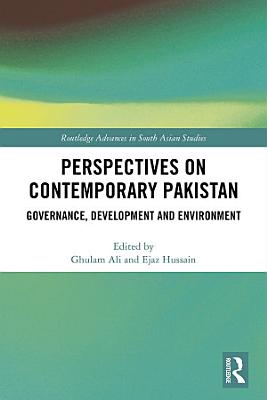 This book analyses problems of governance, development and environment affecting contemporary Pakistan; issues that lie at the centre of federal and provincial policy deliberations, formulation and implementation. The book offers a comprehensive assessment of the policies, or lack thereof. Authors from a variety of disciplines empirically and conceptually evaluate latest developments, events and data regarding law and order, economic under-performance, social intolerance and climate crisis. The book offers varied perspectives on state sovereignty, civil-military relations, spousal violence, rural development, CPEC, nuclear governance and transboundary climate risk. Arguing that the conclusions should be adopted by the social, political and economic stakeholders of Pakistan, as well as the region at the higher level of governability, the book demonstrates that it would both boost national morale and inspire individuals to further investigate to come up with innovative solutions. Examining some of the most pressing and persistent problems Pakistan and South Asia is facing, the book will be of interest to academics working in the fields of Political Science, in particular South Asian Politics, Development Studies and Environmental Studies. 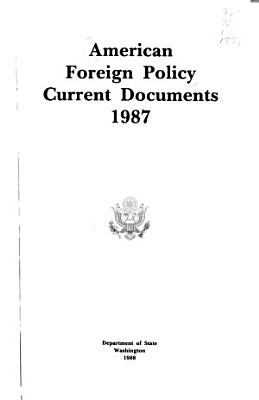 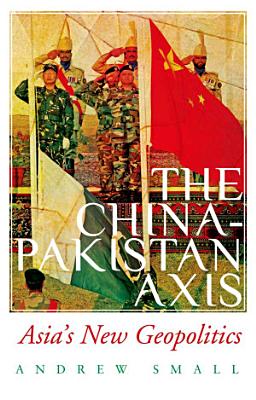 The Beijing-Islamabad axis plays a central role in Asia's geopolitics, from India's rise to the prospects for a post-American Afghanistan, from the threat of nuclear terrorism to the continent's new map of mines, ports and pipelines. China is Pakistan's great economic hope and its most trusted military partner; Pakistan is the battleground for China's encounters with Islamic militancy and the heart of its efforts to counter-balance the emerging US-India partnership. For decades, each country has been the other's only 'all-weather' friend. Yet the relationship is still little understood. The wildest claims about it are widely believed, while many of its most dramatic developments are hid- den from the public eye. This book sets out the recent history of Sino-Pakistani ties and their ramifications for the West, for India, for Afghanistan, and for Asia as a whole. It tells the stories behind some of its most sensitive aspects, including Beijing's support for Pakistan's nuclear program, China's dealings with the Taliban, and the Chinese military's planning for crises in Pakistan. It describes a relationship increasingly shaped by Pakistan's internal strife, and the dilemmas China faces between the need for regional stability and the imperative for strategic competition with India and the USA. 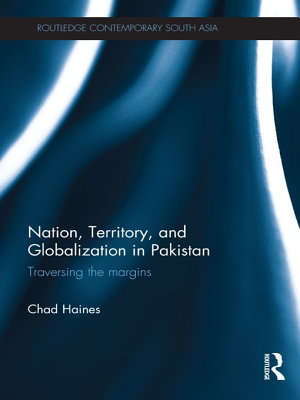 The Karakoram Highway was constructed by the Pakistani state in the 1970s as a major development project that furthered the national interest and solidified state control over the disputed region of northern Pakistan. Focusing on this highway, this book provides a unique analysis of the links between space, travel and history in the formation of the Pakistani nation-state. The book discusses how the highway was a symbol for an imagined national identity, and goes on to look at how it offered Pakistan a pre-Partition history and a fixed territory, by providing a historical link to the Silk Route and a contemporary geographical linkage to Central Asia. Examining the influence of the diverse travellers along the Karakoram Highway, the book shows how global flows of development, trade, labour, and tourism have remapped the Pakistani nation-state and reshaped the local. Providing a fresh perspective on the nation-state of Pakistan, this book is an important contribution to studies on South Asian History, Anthropology, Politics and Geography. 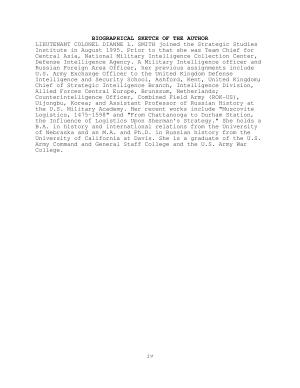 In January 1996, the U.S. Army War College's Strategic Studies Institute (SSI) and the Center for Strategic and International Studies (CSIS) hosted a conference on "Asian Security to the Year 2000." One focus of the conferees was the growing relevance of events in Central Asia. Perhaps nowhere on the continent was the Cold War transformation in the security environment more dramatic than in Central Asia. There the sudden retraction of Soviet power and decline in superpower competition was rapidly followed by the creation of new states, whose prospects for legitimacy, development, and independent survival were, at best, uncertain. The half-decade that has followed the dissolution of the Soviet Union has not been sufficient time for any of the vast challenges facing Central Asia to have been addressed definitively. Nor can we be confident that a stable regional "system" has coalesced. Yet, the past 5 years have produced an emerging pattern of relations amenable to tentative analysis. Lieutenant Colonel Dianne Smith of SSI details the complex problems facing the region and then turns her attention to Central Asia's evolving security structure. By involving the "Great Game" analogy, she takes the perspective that, for this part of the continent, it is the nations surrounding the region that will play the primary role in shaping its future (although the new Central Asian nations are participants, not pawns, in this struggle for influence). Colonel Smith's analysis focuses on the interests and actions of five of those surrounding nations: Iran, Pakistan, India, Russia, and China. Each has significant interests in Central Asia, and each, thus far, has tempered, to some degree, its actions to advance those interests in recognition of the competing objectives of the others. For the United States, a power vacuum in Central Asia seems a remote concern at first blush. 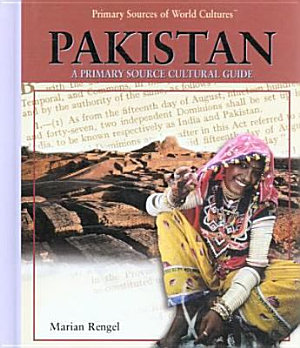 Once a part of the Indus Valley civilization, one of the oldest agricultural regions in the world, Pakistan's identity is deeply rooted in Indian tradition. From its most famous archeological sites such as Mohenjo-Daro, or the "Mound of the Dead," to its struggle with independence from British India, students gain a broad-based view of Pakistan and its importance as a South Asian country. With religious views that span the millennia, Pakistan hosts a cache of diverse opinions, art, and architecture surrounding Islam, Buddhism, and Hinduism. Students also gain an understanding of contemporary conflicts in Pakistan such as those surrounding the disputed areas of Jammu and Kashmir and the continued rivalry between the Sunni and Shi'a Muslims. 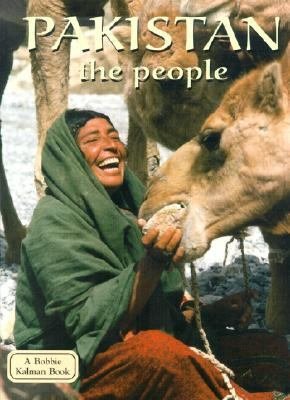 Explores how the history, climate, geography, and religion of Pakistan have shaped the customs and practices of modern daily life. 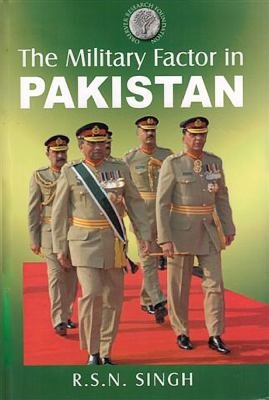 Pakistan's politics, governance, institutional capacities, internal and external security, and the nation-building process are at a critical juncture. The stance of the military, thus, will be a critical factor in determining the future course of Pakistan. Under the prevailing scenario in the country, any elected government would need to reestablish the viability and vitality of the state. Should it fail, the army would be compelled to intervene to save the country from falling apart. For an objective and in-depth analysis as to how Pakistan has arrived at this critical juncture, it is important to delve into the personalities and processes that have shaped the destiny of the country. The future of Pakistan is dependent on the flux and interplay of the internal and external processes and compulsions. This book, therefore, traces the military underpinnings in the political, geopolitical, strategic, economic, religious, sociological, and sectarian journey that Pakistan has made over the last sixty years. 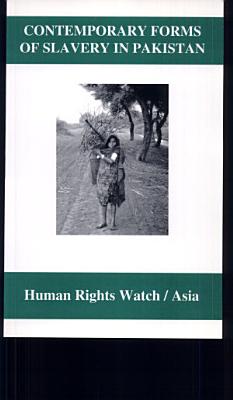 NATURE OF THE WORK 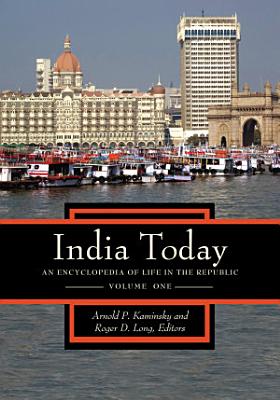 With more than a billion citizens - almost 18 per cent of the world's population - India is a reflection of over 5,000 years of interaction and exchange across a wide spectrum of cultures and civilizations. "India Today: An Encyclopedia of Life in the Republic" describes the growth and development of the nation since it achieved independence from the British Raj in 1947. The two-volume work presents an analytical review of India's transition from fledgling state to the world's largest democracy and potential economic superpower. Providing current data and perspective backed by historical context as appropriate, the encyclopedia brings together the latest scholarship on India's diverse cultures, societies, religions, political cultures, and social and economic challenges. It covers such issues as foreign relations, security, and economic and political developments, helping readers understand India's people and appreciate the nation's importance as a political power and economic force, both regionally and globally 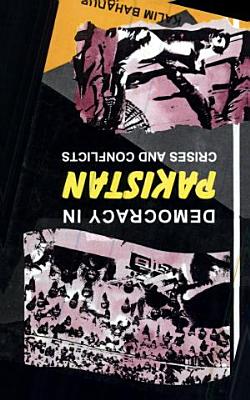