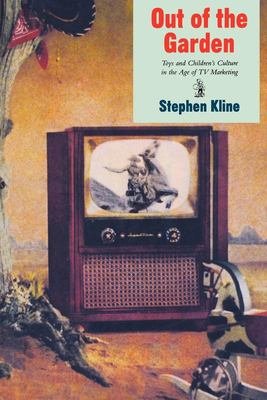 This timely and innovative book provides a detailed history of marketing to children, revealing the strategies that shape the design of toys and have a powerful impact on the way children play. Stephen Kline looks at the history and development of children's play culture and toys from the teddy bear and Lego to the Barbie doll, Care Bears and Teenage Mutant Ninja Turtles. He profiles the rise of children's mass media - books, comics, film and television - and that of the specially stores such as Toys 'R' Us, revealing how the opportunity to reach large audiences of children through television was a pivotal point in developing new approaches to advertising. Contemporary youngsters, he shows, are catapulted into a fantastic and chaotic time-space continuum of action toys thanks to the merchandisers' interest in animated television. Kline looks at the imagery and appeal of the toy commercials and at how they provide a host of stereotyped figures around which children can organize their imaginative experience. He shows how the deregulation of advertising in the United States in the 1980s has led directly to the development of the new marketing strategies which use television series to saturate the market with promotional "character toys". Finally, in a powerful re-examination of the debates about the cultural effects of television, Out of the Garden asks whether we should allow our children's play culture to be primarily defined and created by marketing strategies, pointing to the unintended consequences of a situation in which images of real children have all but been eliminated from narratives about the young. 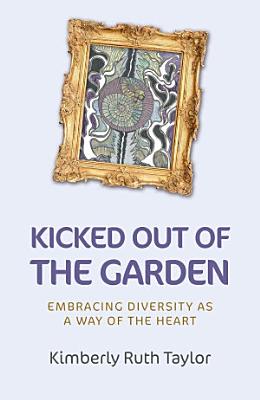 It is possible to have a unique relationship with God through the portal of your own heart. By sharing her own truth, struggles, and triumphs, the author inspires you to step back into the garden of your heart and find renewed faith, freedom, and inner peace. 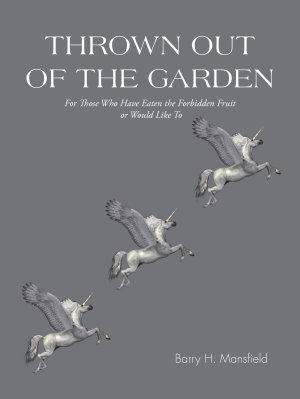 This book of poetry is dedicated to the people of the planet Earth. It is a collection of philosophical thought. And if just one of these poems helps one citizen of this planet to become better and more productive, I would consider my life to be worthwhile and my existence has made a difference to the people of this world. With hope for our planet, Barry Mansfield 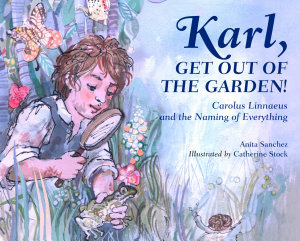 Do you know what a Solanum caule inermi herbaceo, foliis pinnatis incises, racemis simplicibus is?* Carolus (Karl) Linnaeus started off as a curious child who loved exploring the garden. Despite his intelligence—and his mother's scoldings—he was a poor student, preferring to be outdoors with his beloved plants and bugs. As he grew up, Karl's love of nature led him to take on a seemingly impossible task: to give a scientific name to every living thing on earth. The result was the Linnaean system—the basis for the classification system used by biologists around the world today. Backyard sciences are brought to life in beautiful color. Back matter includes more information about Linnaeus and scientific classification, a classification chart, a time line, source notes, resources for young readers, and a bibliography. *it's a tomato! A handsome introductory book on Linnaeus and his work — Booklist, starred review A good introduction to a man in a class by himself — Kirkus Reviews Lends significant humanity to the naturalist — Publisher's Weekly The biographical approach to a knotty scientific subject makes this a valuable addition to STEM and biography collections — School Library Journal 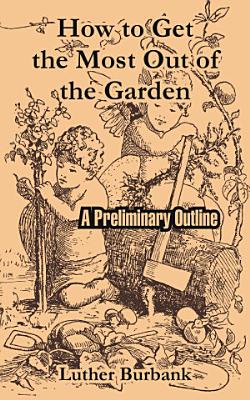 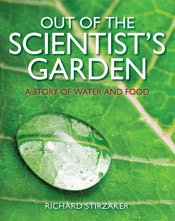 Out of the Scientist's Garden is written for anyone who wants to understand food and water a little better - for those growing vegetables in a garden, food in a subsistence plot or crops on vast irrigated plains. It is also for anyone who has never grown anything before but has wondered how we will feed a growing population in a world of shrinking resources. Although a practicing scientist in the field of water and agriculture, the author has written, in story form accessible to a wide audience, about the drama of how the world feeds itself. The book starts in his own fruit and vegetable garden, exploring the 'how and why' questions about the way things grow, before moving on to stories about soil, rivers, aquifers and irrigation. The book closes with a brief history of agriculture, how the world feeds itself today and how to think through some of the big conundrums of modern food production. 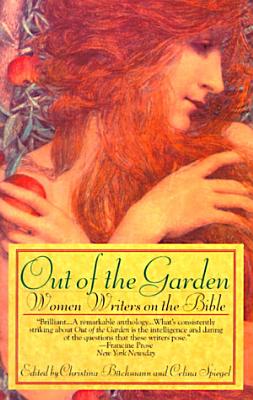 "By turns witty, erudite, probingly serious and sparklingly irreverent, these essays refresh our readings of the Bible, and deepen our vision of foundational feminist figures. A wonderfully thought-provoking and readable collection." EVA HOFFMAN Author of EXIT INTO HISTORY This is the first collection of essays in which women read and respond to the Bible out of pleasure and curiosity--reclaiming the Bible for women and showing readers that the Bible is a source we can return to again and again. Drawing on their own epxeriences and interests, Louise Erdrich, Cynthia Ozick, Fay Weldon, Phyllis Trible, Rebecca Goldstein, June Jordan, Ursula Le Guin, and twenty-one other writers boldly imaginatively--and sometimes reproachfully--address the Old Testament stories, characters, and poetry that mean the most to them. As with all great works of literature, it is a book that changes as we change, a garden in its own right whose pleasures are there for the taking, as are its surprises and thorny byways. 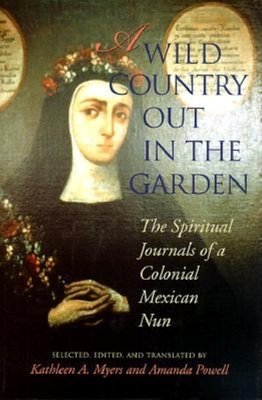 "In Madre Maria's prose, a down-to-earth treatment of daily life both on a provincial hacienda and in a cloistered convent moves into passages rendering deep mystical absorption. As a charismatic woman living according to Counter Reformation guidelines in the New World, Maria de San Jose, through her writings, illuminates how class, race, gender - even birth order and convent prestige - helped shape the roles people played in society and the ways in which they contributed to community belief and identity." --Book Jacket. 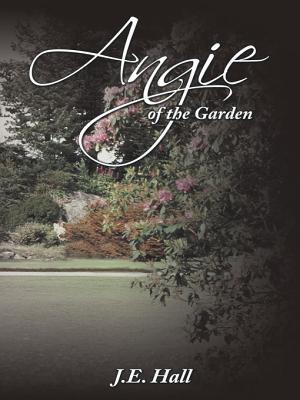 Angie of the Garden is a story about a psychiatrist named Hollis SImms. He is an affable individual who is dedicated to his patients, and his family. Hollis is married to a provocative and wealthy woman named Olivia: their irrepressible teenage daughter is named Annabelle. His wife used her considerable resources to purchase the estate called Fairhaven for them to live on. As a boy Hollis found a diary written by a woman named Angie Barton buried in a garden. The journal told of the hardships and deprivations suffered by this woman from Boston as she traveled on the Oregon Trail. She became his first love. One evening as Doctor Simms walked past a garden on the estate he encountered the spirit of Angie Barton. Hollis learns that she worked at Fairhaven as a house servant after returning from the west. He cannot fathom how this adventurous woman could have come to such a station in life. Hollis decided that Angie must have experienced some kind of trauma. During her subsequant appearences he entices her into recounting the long trek westward in order to discover the cause of her malaise. Hollis' obsession with the woman from the past begins to strain his relationships with the living.

As the one work that has held moral and religious sway over the Judeo-Christian tradition for thousands of years, the Bible's power is unsurpassed in world literature. For women, its meaning is particularly complex; traditionally used to keep women in their place, it has also been a book of enduring inspiration. 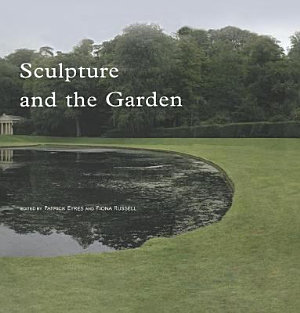 Although the integration of sculpture in gardens is part of a long tradition dating back at least to antiquity, the sculptures themselves are often overlooked, both in the history of art and in the history of the garden. This collection of essays considers the changing relationship between sculpture and gardens over the last three centuries, focusing on four British archetypes: the Georgian landscape garden, the Victorian urban park, the outdoor spaces of twentieth-century modernism and the late-twentieth century sculpture park. Through a series of case studies exploring the contemporaneous audiences of gardens, the book uncovers the social, political and gendered messages revealed by sculpture's placement and suggests that the garden can itself be read as a sculptural landscape. 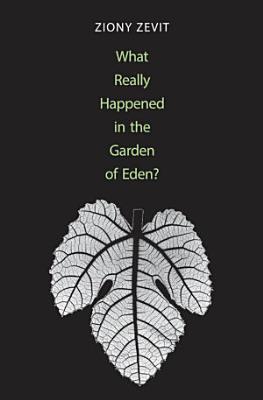 A provocative new interpretation of the Adam and Eve story from an expert in Biblical literature. The Garden of Eden story, one of the most famous narratives in Western history, is typically read as an ancient account of original sin and humanity’s fall from divine grace. In this highly innovative study, Ziony Zevit argues that this is not how ancient Israelites understood the early biblical text. Drawing on such diverse disciplines as biblical studies, geography, archaeology, mythology, anthropology, biology, poetics, law, linguistics, and literary theory, he clarifies the worldview of the ancient Israelite readers during the First Temple period and elucidates what the story likely meant in its original context. Most provocatively, he contends that our ideas about original sin are based upon misconceptions originating in the Second Temple period under the influence of Hellenism. He shows how, for ancient Israelites, the story was really about how humans achieved ethical discernment. He argues further that Adam was not made from dust and that Eve was not made from Adam’s rib. His study unsettles much of what has been taken for granted about the story for more than two millennia—and has far-reaching implications for both literary and theological interpreters. “Classical Hebrew in the hands of Ziony Zevit is like a cello in the hands of a master cellist. He knows all the hidden subtleties of the instrument, and he makes you hear them in this rendition of the profoundly simple story of Adam, Eve, the Serpent, and their Creator in the Garden of Eden. Zevit brings a great deal of other biblical learning to bear in a surprisingly light-hearted book.”―Jack Miles, author of God: A Biography 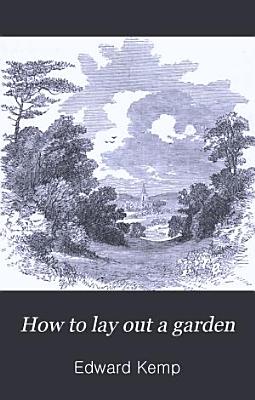 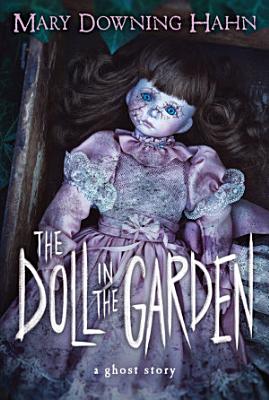 A suspenseful story of unexpected connections between present and past. Ashely and her mother need their new apartment to work out, but everything Ashely does seems to upset the irritable and unforgiving landlady. When Ashley makes friends with the girl next door, Kristi, they uncover a wooden box containing a well-loved turn-of-the-century doll. Ashley wants to keep the doll for herself, but Kristi has other ideas. So does the doll's original owner, a girl who died decades ago, but whom Ashley meets when she follows a mysterious white cat through a hedge. Can Ashley bring peace to the girl and resolve her own present-day challenges?