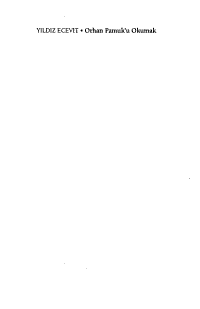 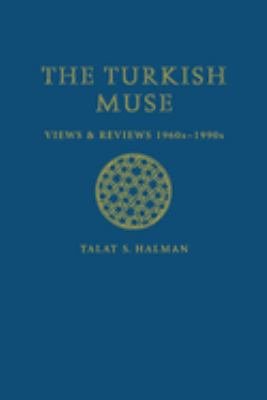 The Turkish Muse: Views and Reviews, 1960s-1990s, collects Talat S. Halman’s book reviews written in English and, read chronologically, provides a unique perspective on the development of Turkish literature and criticism during the formative and later years of the Turkish Republic. The new genres adopted from Europe and, to a lesser extent, from the United States include the novel, the short story, the stage play, and the essay. The reviews collected in this volume reflect the way in which these genres developed and matured within their new milieu of Turkish letters. Establishing each book in its literary, social, and cultural Turkish context, Halman then addresses the work’s more international or universal importance. Written over a period of four decades, these reviews illuminate the careers of many writers from their early work to their rise as leading Turkish poets, novelists, and dramatists—Ilhan Berk, Melih Cevdet Anday, Güngör Dilmen, Fazil Husnu Daglarca, and Yasar Kemal, to name just a few. More recent reviews discuss the work of such important figures as Hilmi Yavuz and Orhan Pamuk. 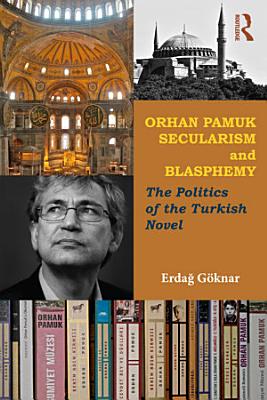 Orhan Pamuk, Secularism and Blasphemy is the first critical study of all of Pamuk's novels, including the early untranslated work. In 2005 Orhan Pamuk was charged with "insulting Turkishness" under Article 301 of the Turkish penal code. Eighteen months later he was awarded the Nobel Prize. After decades of criticism for wielding a depoliticized pen, Pamuk was cast as a dissident through his trial, an event that underscored his transformation from national literateur to global author. By contextualizing Pamuk's fiction into the Turkish tradition and by defining the literary and political intersections of his work, Orhan Pamuk, Secularism and Blasphemy rereads Pamuk's dissidence as a factor of the form of his novels. This is not a traditional study of literature, but a book that turns to literature to ask larger questions about recent transformations in Turkish history, identity, modernity, and collective memory. As a corrective to common misreadings of Pamuk's work in its international reception, Orhan Pamuk, Secularism and Blasphemy applies various analytical lenses to the politics of the Turkish novel, including gender studies, cultural translation, historiography, and Islam. The book argues that modern literature that confronts representations of the nation-state, or devlet, with those of Ottoman, Islamic, and Sufi contexts, or din, constitute "secular blasphemies" that redefine the politics of the Turkish novel. Concluding with a meditation on conditions of "untranslatability" in Turkish literature, this study provides a comprehensive and critical analysis of Pamuk's novels to date. 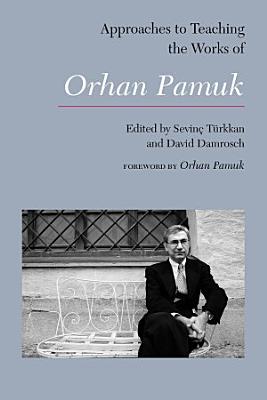 Winner of the Nobel Prize in Literature in 2006, Orhan Pamuk is Turkey's preeminent novelist and an internationally recognized figure of letters. Influenced by both Turkish and European literature, his works interrogate problems of modernity and of East and West in the Turkish context and incorporate the Ottoman legacy linguistically and thematically. The stylistic and thematic aspects of his novels, his intriguing use of intertextual elements, and his characters' metatextual commentaries make his work rewarding in courses on world literature and on the postmodern novel. Pamuk's nonfiction writings extend his themes of memory, loss, personal and political histories, and the craft of the novel. Part 1, "Materials," provides biographical background and introduces instructors to translations and critical scholarship that will elucidate Pamuk's works. In part 2, "Approaches," essays cover topics that support teachers in a range of classrooms, including Pamuk's use of the Turkish language, the political background to Pamuk's novels, the politics of translation and aesthetics, and Pamuk's works as world literature. 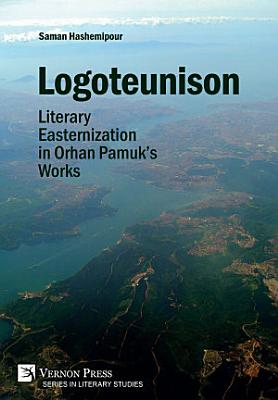 This book explores the enduring European and American interest in literary works portraying Eastern themes and perspectives. It examines how literary Easternization, termed “Logoteunison”, manifests in Western literary works that reflect, embody, or deploy Eastern values or concepts; or else ape, mimic, parody, or pay homage to various Eastern and especially Persian masterpieces. Such repurposing or appropriation is frequently powered by features from the postmodern toolkit: intertextuality, metafiction, fragmentation. The novelist Orhan Pamuk has been influenced (arguably unwittingly) by literary Easternization. In his Western-style works, Pamuk channels Eastern values, creating texts nevertheless in the Western mold and primarily aimed at Western readers. Pamuk uses Istanbul—the writer’s birthplace, a city between two worlds, a halfway land binding together Asia and Europe—both as a physical setting and to symbolically mediate Eastern and Western worldviews. This title has a threefold purpose: by establishing a theoretical and contextual background for Eastern masterpieces and forming a distinctive review of Eastern culture as filtered through Pamuk’s works, it suggests a new theory in literary criticism, one which aims to adopt a novel philosophical approach to the study of literary Easternization. Students of comparative and Turkish literature will find in this volume detailed background information about Turkish, Persian, and Arabic masterpieces, as well as their significant cultural correspondences and affinities, especially regarding their employment of Sufi themes. Any student or scholar interested in the postmodern cross-fertilization of Middle Eastern and Western literature will find this work fascinating and rewarding. 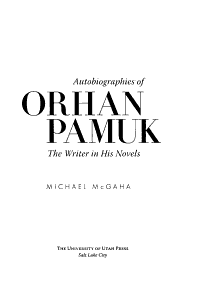 The first book-length study of the life and writings of Ohran Pamuk, the first Turkish writer to receive the Nobel Prize for Literature. 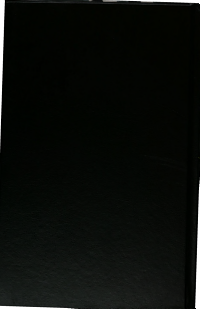 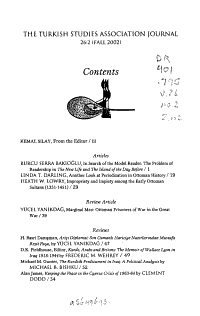 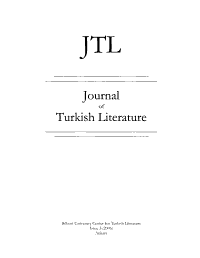 The literature of the Turks is among the oldest of living literatures. In nearly twelve centuries, it has been alive in many continents and regions, expressing itself in a diversity of languages and scripts and remaining receptive to external influences as it maintains its intrinsic impetus for renewal. Journal of Turkish Literature encompasses the literary output of the Turks in Asia, the Middle East, the Balkans and elsewhere. 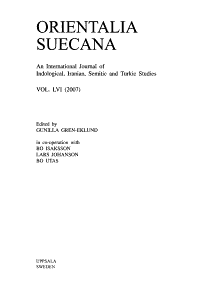 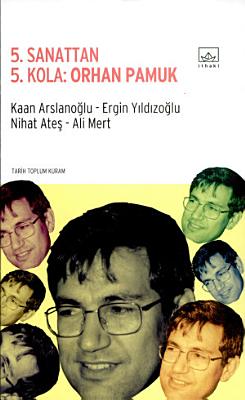 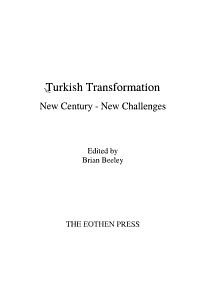 At the start of the century Turkey maintains its ceaseless search for closer links with Europe. The essential mission of the Republic created by Mustafa Kemal after the First World War was the modernization of Turkey in accordance with the Western secular and democratic model. In Helsinki at the turn of the century Turkey was finally accepted as a candidate for EU membership and now hopes for, and expects, a new future. With this future in mind the authors of the studies in this book consider how prepared in various fields Turkey now is for the transformation in which it is engaged. Turkey's path in the twenty-first century will not be easy. There are serious issues to be faced in the management of the economy. In politics there are human rights and other problems deeply affecting Turkish democracy, and a Kurdish reality with which to come to terms. There are the problems to be faced of a revived Islam, the forward role of the military in its self-styled role as defender of the secular state, the need for the reform of the state's bureaucracy, the preservation of national unity, and the reform and development of turkey's democratic structure. Internationally Turkey lives in a volatile Middle Eastern and Central Asian environment, but one with which she has to deal politically and economically, particularly as Caspian and other energy sources are vital. Internally there are movements of population that are disrupting established social structures. These changes are reflected in literature and in the media. A new transformation is underway in Turkey. This book throws light on major factors of change in Turkish economics, politics and society. It uniquely pulls together Turkish experience over a wide area. It is promoted by the Turkish Area Study Group. - Back cover. 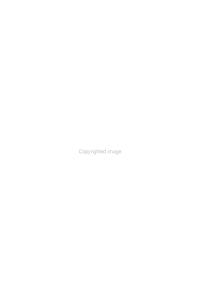 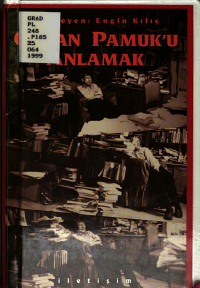