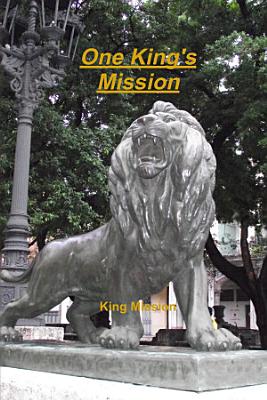 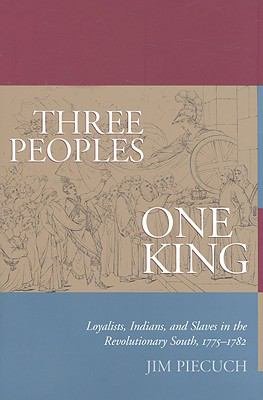 "Aided by thirty-one illustrations and maps, Piecuch's pathbreaking study will appeal to scholars and students of American history as well as Revolutionary War enthusiasts open to hearing an opposing perspective."--BOOK JACKET. 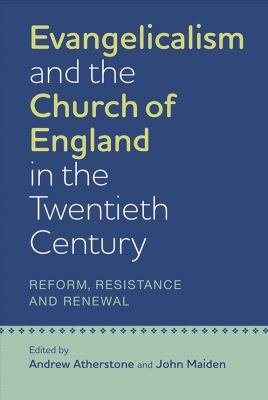 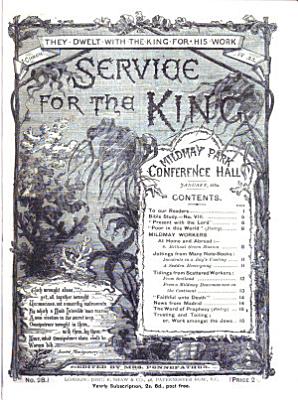 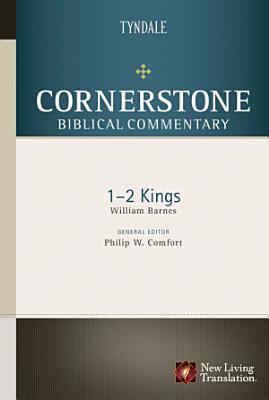 The Cornerstone Biblical Commentary series provides up-to-date, evangelical scholarship on the Old and New Testaments. Each volume is designed to equip pastors and Christian leaders with exegetical and theological knowledge to better understand and apply God's Word by presenting the message of each passage as well as an overview of other issues surrounding the text. The commentary series has been structured to help readers understand the meaning of Scripture, passage-by-passage, through the entire Bible. The New Living Translation is an authoritative Bible translation, rendered faithfully into today's English from the ancient texts by 90 leading Bible scholars. The NLT's scholarship and clarity breathe life into even the most difficult-to-understand Bible passages—but even more powerful are stories of how people's lives are changing as the words speak directly to their hearts. That's why we call it “The Truth Made Clear.” William Barnes (ThD, Harvard Divinity School) has worked extensively in the Historical books of the OT, published several commentaries and scholarly articles, and is a contributor to Biblica: The Bible Atlas. His interests include OT history and chronology as well as narrative and poetic structure and sequencing in the Hebrew Bible and the NT. He served as a member of the NLT Translation Team for 1–2 Kings. 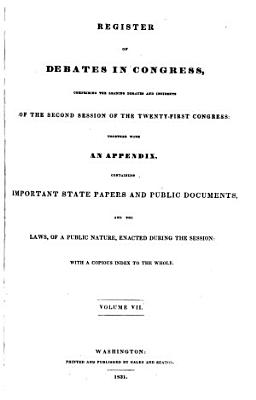 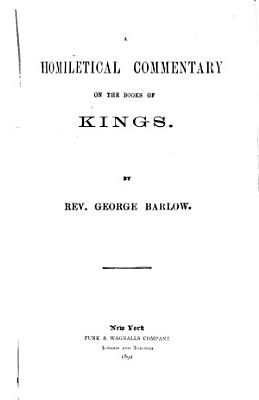 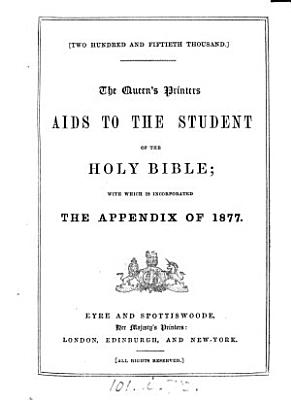 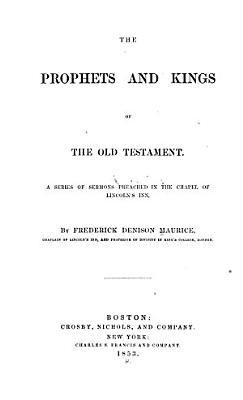 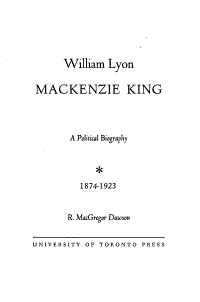 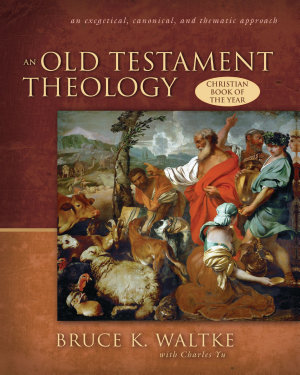 The Old Testament is more than a religious history of the nation of Israel. It is more than a portrait gallery of heroes of the faith. It is even more than a theological and prophetic backdrop to the New Testament. Beyond these, the Old Testament is inspired revelation of the very nature, character, and works of God. As renowned Old Testament scholar Bruce Waltke writes in the preface of this book, the Old Testament’s every sentence is “fraught with theology, worthy of reflection.” This book is the result of decades of reflection informed by an extensive knowledge of the Hebrew language, the best of critical scholarship, a deep understanding of both the content and spirit of the Old Testament, and a thoroughly evangelical conviction. Taking a narrative, chronological approach to the text, Waltke employs rhetorical criticism to illuminate the theologies of the biblical narrators. Through careful study, he shows that the unifying theme of the Old Testament is the “breaking in of the kingdom of God.” This theme helps the reader better understand not only the Old Testament, but also the New Testament, the continuity of the entire Bible, and ultimately, God himself. 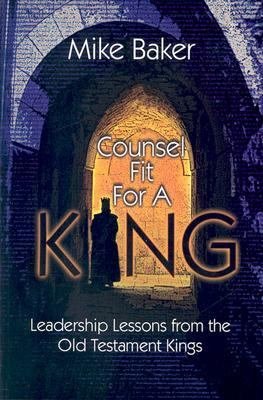 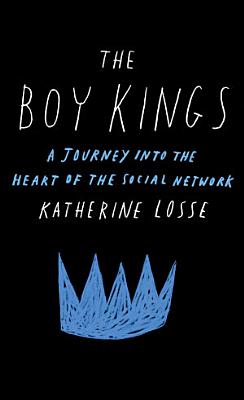 Kate Losse was a grad school refugee when she joined Facebook as employee #51 in 2005. Hired to answer user questions such as “What is a poke?” and “Why can’t I access my ex-girlfriend’s profile?” her early days at the company were characterized by a sense of camaraderie, promise, and ambition: Here was a group of scrappy young upstarts on a mission to rock Silicon Valley and change the world. Over time, this sense of mission became so intense that working for Facebook felt like more than just a job; it implied a wholehearted dedication to “the cause.” Employees were incentivized to live within one mile of the office, summers were spent carousing at the company pool house, and female employees were told to wear T-shirts with founder Mark Zuckerberg’s profile picture on his birthday. Losse started to wonder what this new medium meant for real-life relationships: Would Facebook improve our social interactions? Or would we all just adapt our behavior to the habits and rules of these brilliant but socially awkward Internet savants who have become today’s youngest power players? Increasingly skeptical, Losse graduated from customer service to the internationalization team—tasked with rolling out Facebook to the rest of the world— finally landing a seat right outside Zuckerberg’s office as his personal ghostwriter, the voice of the boy king. This book takes us for the first time into the heart of this fast-growing information empire, inviting us to high-level meetings with Zuckerberg; lifting the veil on long nights of relentless hacking and trolling; taking us behind the scenes of raucous company parties; and introducing us to the personalities, values, and secret ambitions of the floppy-haired boy wonders who are redefining the way we live, love, and work. By revealing here what’s really driving both the business and the culture of the social network, Losse answers the biggest question of all: What kind of world is Facebook trying to build, and is it the world we want to live in? *** “Logging on to Facebook that first day, in retrospect, was the second, and to date the last, time that any technology has captured my imagination. The first was when Apple advertised the first laptop, the PowerBook, in the 1990s—with the words, ‘What’s on your PowerBook?’ “‘World domination,’ my teenaged self- answered instinctively. That’s what these devices were made for, I thought: so small and yet so powerful, so capable of linking quickly to and between everything else in the world. From the laptop, I could write and distribute information faster than ever before. It was intoxicating to imagine, and Facebook’s sudden, faithful rendering in 2004 of the physical world into the virtual felt the same. What could you do, now that you could see and connect to everyone and everything, instantly? “But what, also, could be diminished by such quick access? In the realm of ideas, it seemed easy: Who wouldn’t want to distribute and discuss ideas widely? However, in the realm of the personal, it seemed more complicated. What was the benefit of doing everything in public? Is information itself neutral, or do different types of information have different values, different levels of expectation of privacy, different implications for distribution and consumption? Should all information be shared equally quickly and without regard to my relationship to it? And, finally, and most important, as we ask whenever we begin a new relationship with anything, would this be good for me?” -- From the Introduction 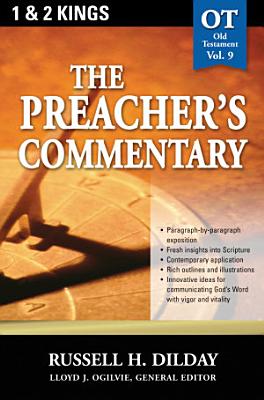 General editor Lloyd J. Ogilvie brings together a team of skilled and exceptional communicators to blend sound scholarship with life-related illustrations. The design for the Preacher's Commentary gives the reader an overall outline of each book of the Bible. Following the introduction, which reveals the author's approach and salient background on the book, each chapter of the commentary provides the Scripture to be exposited. The New King James Bible has been chosen for the Preacher's Commentary because it combines with integrity the beauty of language, underlying Hebrew and Greek textual basis, and thought-flow of the 1611 King James Version, while replacing obsolete verb forms and other archaisms with their everyday contemporary counterparts for greater readability. Reverence for God is preserved in the capitalization of all pronouns referring to the Father, Son, or Holy Spirit. Readers who are more comfortable with another translation can readily find the parallel passage by means of the chapter and verse reference at the end of each passage being exposited. The paragraphs of exposition combine fresh insights to the Scripture, application, rich illustrative material, and innovative ways of utilizing the vibrant truth for his or her own life and for the challenge of communicating it with vigor and vitality.