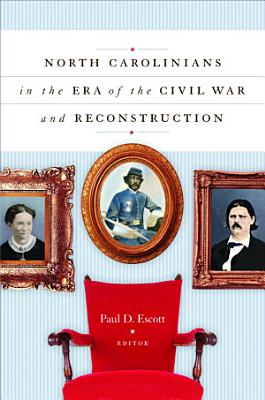 Although North Carolina was a "home front" state rather than a battlefield state for most of the Civil War, it was heavily involved in the Confederate war effort and experienced many conflicts as a result. North Carolinians were divided over the issue of secession, and changes in race and gender relations brought new controversy. Blacks fought for freedom, women sought greater independence, and their aspirations for change stimulated fierce resistance from more privileged groups. Republicans and Democrats fought over power during Reconstruction and for decades thereafter disagreed over the meaning of the war and Reconstruction. With contributions by well-known historians as well as talented younger scholars, this volume offers new insights into all the key issues of the Civil War era that played out in pronounced ways in the Tar Heel State. In nine essays composed specifically for this volume, contributors address themes such as ambivalent whites, freed blacks, the political establishment, racial hopes and fears, postwar ideology, and North Carolina women. These issues of the Civil War and Reconstruction eras were so powerful that they continue to agitate North Carolinians today. Contributors: David Brown, Manchester University Judkin Browning, Appalachian State University Laura F. Edwards, Duke University Paul D. Escott, Wake Forest University John C. Inscoe, University of Georgia Chandra Manning, Georgetown University Barton A. Myers, University of Georgia Steven E. Nash, University of Georgia Paul Yandle, West Virginia University Karin Zipf, East Carolina University 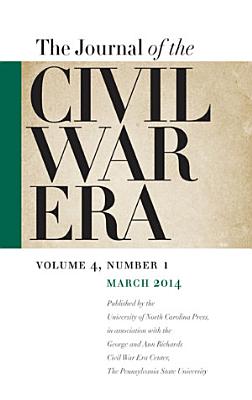 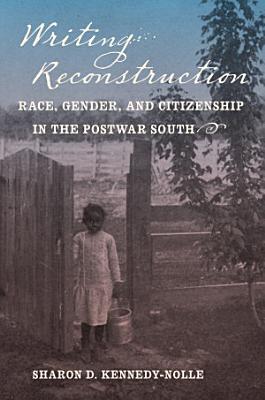 After the Civil War, the South was divided into five military districts occupied by Union forces. Out of these regions, a remarkable group of writers emerged. Experiencing the long-lasting ramifications of Reconstruction firsthand, many of these writers sought to translate the era's promise into practice. In fiction, newspaper journalism, and other forms of literature, authors including George Washington Cable, Albion Tourgee, Constance Fenimore Woolson, and Octave Thanet imagined a new South in which freedpeople could prosper as citizens with agency. Radically re-envisioning the role of women in the home, workforce, and marketplace, these writers also made gender a vital concern of their work. Still, working from the South, the authors were often subject to the whims of a northern literary market. Their visions of citizenship depended on their readership's deference to conventional claims of duty, labor, reputation, and property ownership. The circumstances surrounding the production and circulation of their writing blunted the full impact of the period's literary imagination and fostered a drift into the stereotypical depictions and other strictures that marked the rise of Jim Crow. Sharon D. Kennedy-Nolle blends literary history with archival research to assess the significance of Reconstruction literature as a genre. Founded on witness and dream, the pathbreaking work of its writers made an enduring, if at times contradictory, contribution to American literature and history. 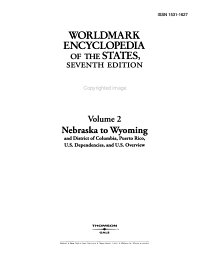 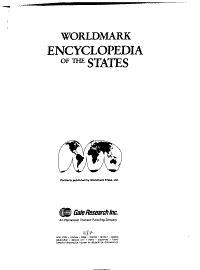 PThis compendium offers up-to-date coverage of every state in the U.S., plus Puerto Rico, the District of Columbia and U.S. Caribberean and Pacific Dependencies. Reach for this single-volume resource for quick, comparable information. 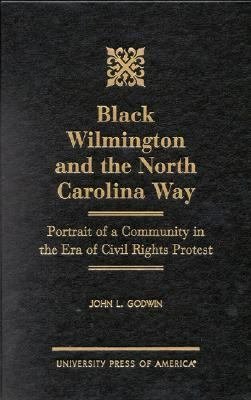 In this gripping narrative of the development of the Civil Rights movement in North Carolina, Dr. John L. Godwin brings to life the infamous case of the Wilmington Ten and the subsequent allegations of conspiracy. Through extensive research and interviews, he seeks to uncover some of the truth behind the actual events of the 1972 trial, while at the same time drawing readers in with the compelling details of the movement's origins in North Carolina and its ultimate outcome in one community. Dr. Godwin underscores his effort with a comprehensive exploration of the Civil Rights movement through the eyes of the locality, comparing it incisively to the earlier protests of the 1960s. His portrait joins that of scholars who have sought to describe the transformation brought about by black leadership on the local and state level, recounting both its victories and the frustrated hopes of local activists, in addition to how the new conservatism ultimately succeeded in co-opting the movement. For Wilmington, this is set against the background of North Carolina politics and civic culture, highlighting the role of Benjamin Chavis and his rise to national prominence. Filled with pictures that personalize this troubled era of American history, Dr. Godwin's book is an essential resource, not only to historians but also to students of public policy. 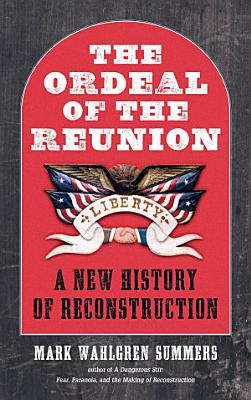 For a generation, scholarship on the Reconstruction era has rightly focused on the struggles of the recently emancipated for a meaningful freedom and defined its success or failure largely in those terms. In The Ordeal of the Reunion, Mark Wahlgren Summers goes beyond this vitally important question, focusing on Reconstruction's need to form an enduring Union without sacrificing the framework of federalism and republican democracy. Assessing the era nationally, Summers emphasizes the variety of conservative strains that confined the scope of change, highlights the war's impact and its aftermath, and brings the West and foreign policy into an integrated narrative. In sum, this book offers a fresh explanation for Reconstruction's demise and a case for its essential successes as well as its great failures. Indeed, this book demonstrates the extent to which the victors' aims in 1865 were met--and at what cost. Summers depicts not just a heroic, tragic moment with equal rights advanced and then betrayed but a time of achievement and consolidation, in which nationhood and emancipation were placed beyond repeal and the groundwork was laid for a stronger, if not better, America to come. 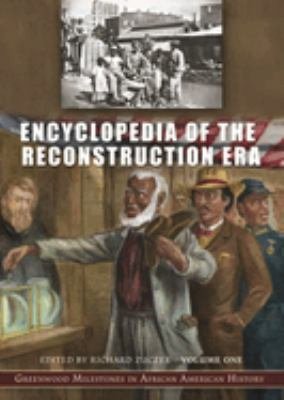 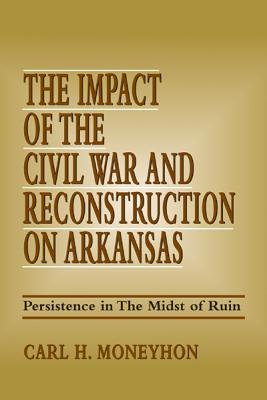 This groundbreaking study, first published in 1994, draws on a rich variety of primary sources to describe Arkansas society before, during, and after the Civil War. While the Civil War devastated the state, this book shows how those who were powerful before the war reclaimed their dominance during Reconstruction. Most importantly, the white elite's postwar commitment to a cotton economy led them to set up a sharecropping system very much like slavery, in which workers had little control over their own labor. In arguing for both change and continuity, Moneyhon reconciles contemporary accounts of the war's effects while addressing ongoing debates within the historical literature. 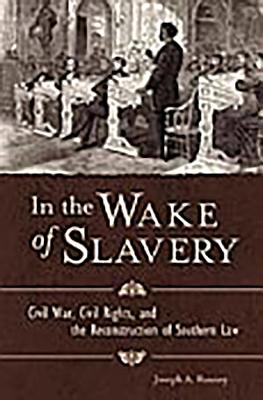 Describes how each of the eleven Confederate states and five slaveholding border states responded to the legal challenges posed by emancipation and postwar economic hardship, and examines the long-term survival of some Reconstruction-era legal reforms, illuminating the context of the rise of the modern civil rights movement.

Provides complete information about each of the fifty states, presented in a basic, clear, schematic arrangement 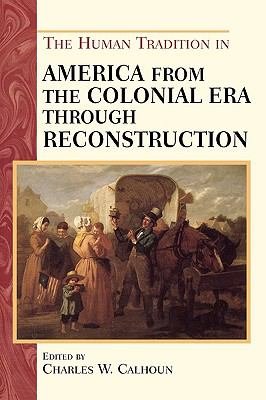 The Human Tradition in America from the Colonial Era through Reconstruction is a collection of the best biographical sketches from several volumes in SR Books' popular Human Tradition in America series. Compiled by Series Editor Charles W. Calhoun, this reader brings American history to life by illuminating the lives of ordinary Americans. This examination of common individuals helps personalize the nation's past for readers in a way that examining only broad concepts and forces cannot. By including a wide range of people with respect to ethnicity, race, gender and geographic region, Prof. Calhoun has developed a book that highlights the diversity of the American experience. These lively, highly readable essays will engage and enlighten readers and enhance their understanding of American history. 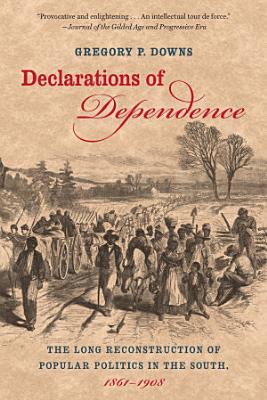 In this highly original study, Gregory Downs argues that the most American of wars, the Civil War, created a seemingly un-American popular politics, rooted not in independence but in voluntary claims of dependence. Through an examination of the pleas and petitions of ordinary North Carolinians, Declarations of Dependence contends that the Civil War redirected, not destroyed, claims of dependence by exposing North Carolinians to the expansive but unsystematic power of Union and Confederate governments, and by loosening the legal ties that bound them to husbands, fathers, and masters. Faced with anarchy during the long reconstruction of government authority, people turned fervently to the government for protection and sustenance, pleading in fantastic, intimate ways for attention. This personalistic, or what Downs calls patronal, politics allowed for appeals from subordinate groups like freed blacks and poor whites, and also bound people emotionally to newly expanding postwar states. Downs's argument rewrites the history of the relationship between Americans and their governments, showing the deep roots of dependence, the complex impact of the Civil War upon popular politics, and the powerful role of Progressivism and segregation in submerging a politics of dependence that--in new form--rose again in the New Deal and persists today. 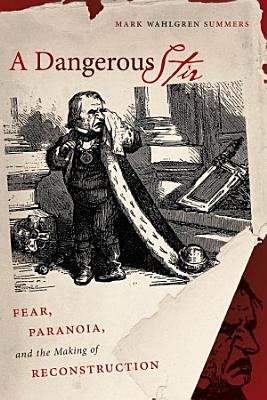 Reconstruction policy after the Civil War, observes Mark Wahlgren Summers, was shaped not simply by politics, principles, and prejudices. Also at work were fears--often unreasonable fears of renewed civil war and a widespread sense that four years of war had thrown the normal constitutional process so dangerously out of kilter that the republic itself remained in peril. To understand Reconstruction, Summers contends, one must understand that the purpose of the North's war was--first and foremost--to save the Union with its republican institutions intact. During Reconstruction there were always fears in the mix--that the Civil War had settled nothing, that the Union was still in peril, and that its enemies and the enemies of republican government were more resilient and cunning than normal mortals. Many factors shaped the reintegration of the former Confederate states and the North's commitment to Reconstruction, Summers agrees, but the fears of war reigniting, plots against liberty, and a president prepared to father a coup d'etat ranked higher among them than historians have recognized. Both a dramatic narrative of the events of Reconstruction and a groundbreaking new look at what drove these events, A Dangerous Stir is also a valuable look at the role of fear in the politics of the time--and in politics in general.